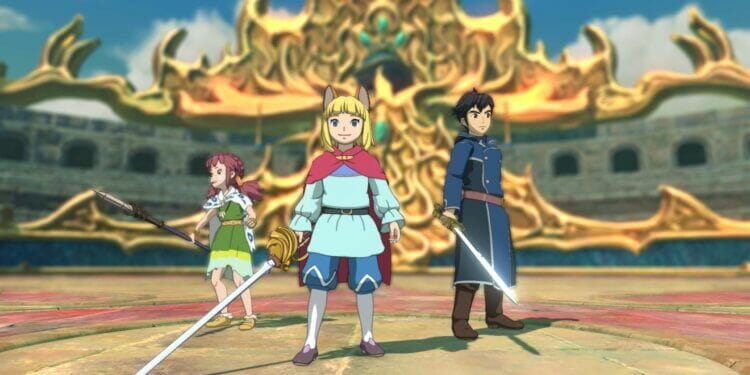 August 20 is the day that all Nintendo Switch owners can finally play the sequel to Ni No Kuni: Wrath of the White Witch. Not only do you get the base game you also get to enjoy the two DLC’s, The Lair of the Lost Lord and Tale of a Timeless Tome.

It is unfortunate to think that this may be Level-5’s LAST game released out here in the States now that their North America operations have been shuttered. In October 2020, they closed down their subsidiary Level -5 Abby due to low sales. I’m hoping many Switch fans purchase this game so that we can continue to experience the wonderful games Level-5 creates.

In the sequel you return to Ding Dong Dell and learn about Evan Pettywhisker Tildrum’s dethroning. The sudden dethroning of this young ruler by a terrible coup throws the kingdom into disorder. You must create a new kingdom, one that is without strife and that unites the entire world.

I remember playing the original Ni No Kuni: Wrath of the White Witch on my PlayStation 3. The game was gorgeous, quirky, heartwarming, fun and intriguing. I was just terrible at the combat and I got stuck at a genie boss. With the release of the original on the Switch and the sequel, I may have to revisit the first game and then jump headfirst into the second.