BagoGames > Articles > Geek Culture > Anime and Manga > One Piece Film Red Gets English Dub Cast, Tickets Now on Sale and Will be Featured in AIF Festival 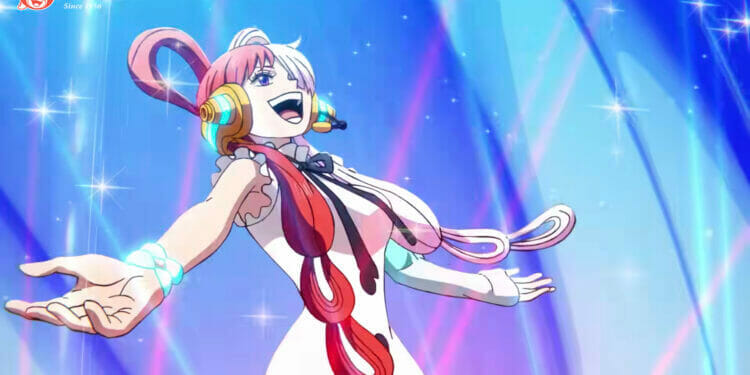 Crunchyroll recently announced that tickets are now on sale for the upcoming One Piece Film Red, opening in theaters in Australia and New Zealand on November 3 and in the United States and Canada on November 4. Advanced tickets are available at Fandango.com. Crunchyroll also unveiled the English voice cast, including American YouTuber AmaLee as the voice of new character Uta with songs performed by Japanese singer Ado. The film will introduce audiences to Uta, the most adored singer in the world whose identity has been concealed and is the daughter of the legendary pirate Shanks. The film will be available in English subtitled and dubbed. Additionally, Crunchyroll has debuted two new motion posters.

One Piece creator Eiichiro Oda serves as the executive producer of One Piece Film Red, which is directed by Goro Taniguchi (One Piece Defeat Him! The Pirate Ganzack! OVA) and written by Tsutomu Kuroiwa (One Piece Film: Gold).

Produced by Toei Animation and based on the top-selling manga title of all time, One Piece features an epic quest to find “One Piece,” the legendary treasure of the former King of the Pirates, Gol D. Roger. One Piece’s global pop culture status is the crowning achievement for this anime franchise, which encompasses theatrical films, home videos, video games, and an ever-expanding catalog of licensed merchandise that includes accessories, toys, novelties, furniture, housewares, and apparel.

Crunchyroll also announced that the Animation is Film festival will screen the World Premiere of the English-language dub of ONE PIECE FILM RED as the Centerpiece of the festival, on Saturday, October 22, ahead of its North American theatrical release on November 4.

Uta—the most beloved singer in the world whose voice has been described as “otherworldly”—is renowned for concealing her own identity when performing. Now, for the first time ever, she will reveal herself to the world at a live concert.

With the Navy watching closely, the venue fills with Uta’s fans—including excited pirates and the Straw Hats led by Luffy, who simply came to enjoy her sonorous performance—all eagerly awaiting the voice that the whole world has been waiting for to resound. The story begins with the shocking revelation that she is the enigmatic Shanks’ daughter.

One Piece Movie Pink Will get English Dub Forged, Tickets Now on Sale and Can be Featured in AIF Pageant - Game Acadmey

One Piece Movie Purple Will get English Dub Solid, Tickets Now on Sale and Can be Featured in AIF Pageant - Unico Comics