Overlooked In 2018: Fist Of The North Star: Lost Paradise 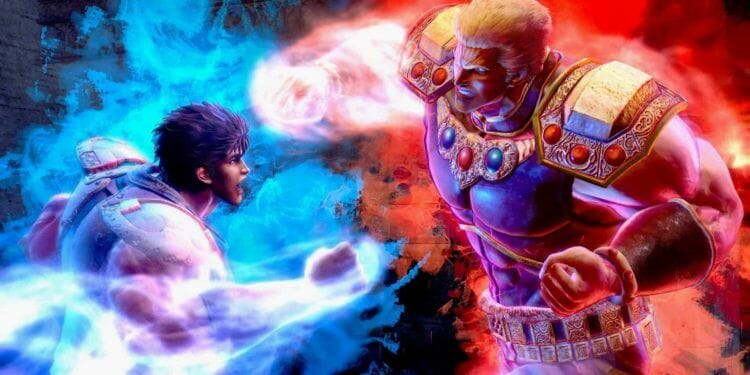 This year was another truly amazing year in video games with Triple A titles raining down on us like gifts from the Lord. Sadly as we dance in the puddles we miss some of Double A titles which are overshadowed by games like Red Dead Redemption 2 and God of War. Fist of the North Star: Lost Paradise just so happens to be one of those games. The game was released on October 2 and only had about three weeks to shine before some cowboys made every one forget about any other game for months on end. Which is a shame, Fist of the North Star is a great game, completely different from Red Dead, but still such an amazing experience. Owning the game on the PS4 made me buy Red Dead on the Xbox One, so that I could play Kenshiro’s story while spending time in the Wild West as well.

I’ll let everyone know this now, I have been a huge fan of Fist of the North Star since I was eight or nine. Somehow in 1989 or so my father allowed me to purchase nine or ten issues of the Viz Comic Fist of the North Star. I remember reading them and being memorized by the martial arts, the art and the over the top violence. My parents were even badass enough to get me the GameBoy game, most likely for Christmas. Oddly enough, I’ve NEVER actually seen the anime from the 80’s; but I’m working on it. Either way I enjoy the world that this series has and the newest game is no different; it is just as desolate and war torn as it needed to be.

At the onset of the game I thought it was just going to be your typical brawler, but seeing as Team Yakuza made this game it isn’t. At first you’re thrown into this post-apocalyptic world and all you do is fight bad guys over and over. That is until Kenshiro hears that his love, Yuria, is in an impenetrable city, Eden. Once you enter Eden, that’s when the game begins to change it up a bit, yes you still have to kick lots of ass, but Team Yakuza added their interesting flair that is paramount to their Yakuza series. After a certain chapter in the game passes you have access to the city where you can bartend, be a doctor, run a casino, and help the citizens of the city. These little side missions and activities aren’t extremely important to the story, but they’re so fun and off the wall that you can’t help but be sucked into them.

The game also plays like an RPG, you have to level up Kenshiro or you will be toast during a pivotal boss fight. To do this you gain Destiny Points that allow you to level up, with these points you are also give certain orbs that level up specific areas for Kenshiro. You can level up your Talisman power, your body, mind and moves list. Leveling these up will make surviving in the wasteland so much easier. I leveled up my health first and that saved my ass many a time, then I worked on my moves set; now all enemies fall to me pretty easily and I’m only at level 29. The Talismans do help and you are rewarded with them when you defeat certain enemies or help certain people. They can be used in battle and can turn the odds in your favor if you face a foe more powerful than you. I didn’t really need to use these until I was coming up on the last few chapters and they made a boss fight much less aggravating. I wish they weren’t so shortly timed, but you use what you are given.

The best thing about this game in my opinion is the fact that it doesn’t take itself too seriously. That’s why I love Team Yakuza’s games so much they’re so much fun and just so off the wall. Games nowadays take themselves too seriously, or have to give opinions about society and such, and I don’t care for that as I get older. I want to be entertained and not preached to. If you pick up a Team Yakuza game you are in for a barrel of laughs, great combat and some zany characters you will not be forgetting anytime soon. Let’s also not forget that this game, Fist of the North Star: Lost Paradise, pulled me away from my personal GOTY Red Dead Redemption 2. Let that sink in a bit and then go get a copy of this game, you will not be disappointed!