A great classic, but not for everyone

Prinny 2: Dawn of Operation Panties, Dood! is launching for the Nintendo Switch! The game comes out at the same time as the original for Nintendo’s hybrid platform, firmly cementing the bottom-feeding demon’s place in the Switch’s history. Whilst the game is great in many ways, it’s definitely not going to be a fun time for everyone. If that hasn’t put you off too much, let’s get into the review. 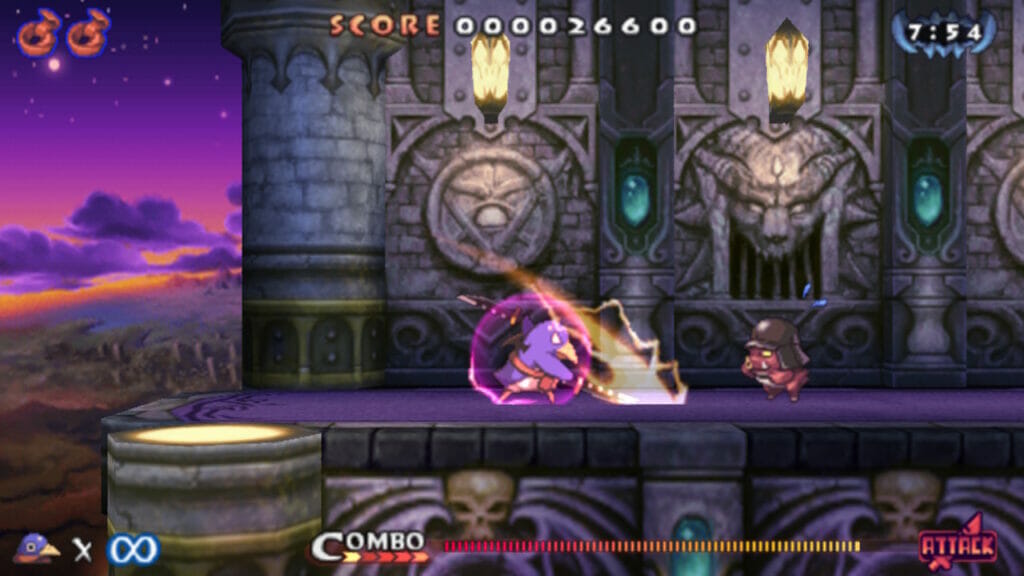 The story of Prinny 2: Dawn of Operation Panties Dood! is absolutely bonkers. As should be expected from Prinny’s sequel. Prinnys are the lowest of the low when it comes to demons in the Disgaea universe. That’s why when a sacred pair of panties are stolen, it’s down to them to head out into the world and take them back.

This is the game’s major gimmick, but it plays really well into the story and lore of the world. You’re given 999 lives, each of which represents one of the many Prinnys in the world, and must complete each stage, and the game, without burning through them all. I can absolutely confirm that you will come very close to burning through them, because not only are Prinnys weak, they are useless.

Of course, this is part of the series’ charm. Prinnys are cannon fodder, so it makes sense that you feel like that while playing as them. In this sense, the game achieves its goal. I can honestly say that I’ve never played anything like it before. While I see the appeal, especially to fans of the wider seires, I personally didn’t like the feeling of powerlessness.

Hard to do Anything That feeling of powerlessness plays into each and every level. No matter whether you’re playing an easy one, or an incredibly difficult one, you feel like you’re about to have your run ended. The game never gets easy. Once again, this is a triumph in one sense. Very few platforms can achieve that feeling of always challenging the player right up until the final moments. In Prinny 2: Dawn of Operation Panties Dood! though, it’s awful.

Prinnys will die in a couple of hits. You can bolster them by collecting food items in each level, which will also boost them into a state where they become massively powerful, and gain a small layer of protection. When you come up against a new area that’s full of difficult enemies and platforming though, no level of protection will help you. That is unless you’re incredibly good at platformers.

Skills to Pay the Bills 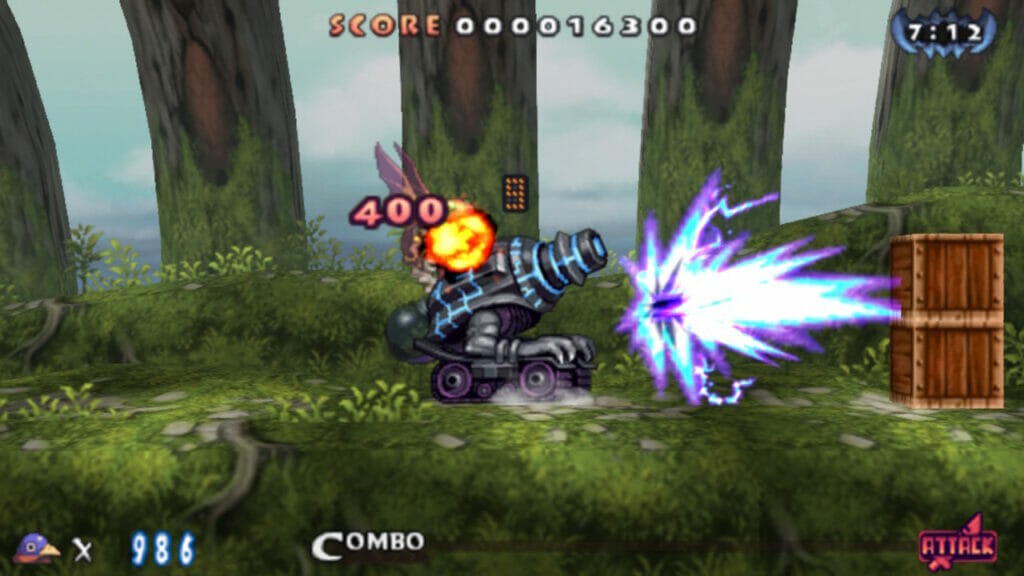 A skilled player could definitely work their way through the game without much trouble, once they’ve mastered the controls. I however, had a tough time just learning how to jump. This is the first game in a long time that has made me feel like my father looked as I watched him trying to play a game for the first time. It feels as though each Prinny won’t move how you want them to, unless you get the controls just right.

Herein lies the appeal though. This is a precise platformer, one that is so challenging that it must feel like the Dark Souls of its genre. Players need to master the controls in order to get through the game, and that’s what makes it fun. There are levels and bosses that are impossible to even contemplate taking on without an understanding of how far Prinnys jump, how their Ass Stomp works, and how exactly you can recover using their second jump. One of the best things that this game has going for it is the visuals. It’s got a retro aesthetic that I love, and I know a number of other people will too. While it is an old game, the mechanics stand up surprisingly well, meaning that these graphics are a bit of a red herring. Most games that look like this today are made to look that way, while Prinny 2: Dawn of Operation Panties Dood! just benefits from its age.

The retro style also extends to the look of each enemy, level, and of course the soundtrack. This game is a retro enthusiast’s dream. You could spend a few hours playing and feel like you’ve somehow been transported back to the 90s. When all games were platformers, and you also had to finish the entire story in one go, because it doesn’t support saving.  Thankfully you can save in this game, which is great because I rage quite a number of times.

For all the good that I and many others will see in the retro look and feel of the game, just as many people will hate it. This isn’t a modern game by any standard, so if you’re looking for something close to any platformer launched in the last ten years or so, this isn’t for you. If you love a classic though, then don’t skip out on it. 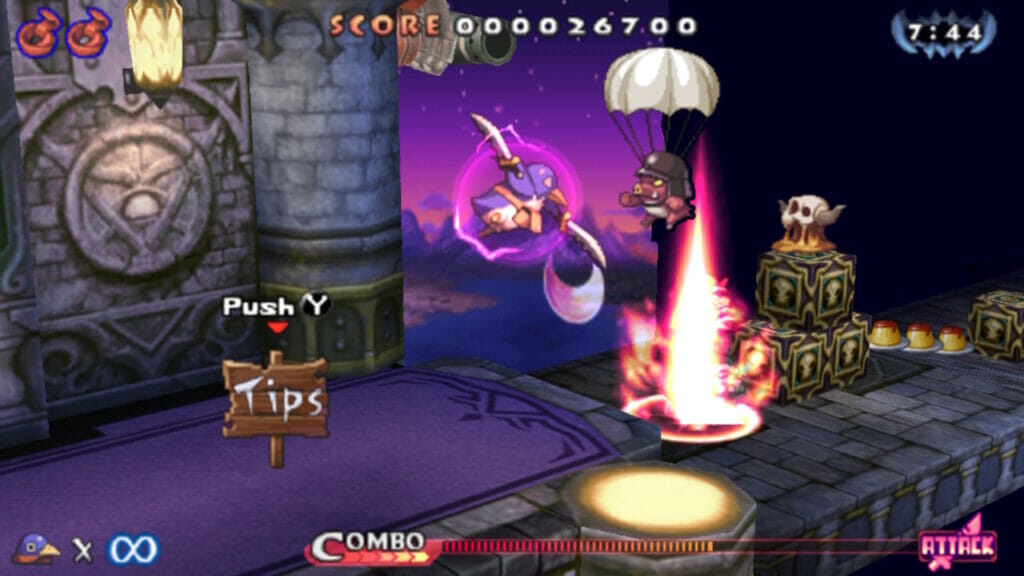 There’s no denying that Prinny 2: Dawn of Operation Panties Dood! definitely has a place in the games industry today. It’s a modern classic that’s beloved by many, and fits into one of the best franchises going. However, the game stumbles numerous times when it comes to gameplay, and in a day and age when we’re about to get three shiny new next-gen consoles, that’s almost unforgivable.

The only saving grace is that this is a release for the Nintendo Switch. There the game feels right at home. After all, the Switch is somewhat of a retro machine, and Prinny 2: Dawn of Operation Panties Dood! will slot in alongside all your classic Final Fantasy games and whatever else you played twenty years ago for the first time. If you’re considering buying the game on another platform though, I really must advise against it, unless it’s on sale at a hefty discount.

Prinny 2: Dawn of Operation Panties Dood! is a lot of things, and I don’t necessarily think that bad is one of them. what I don’t understand myself is the appeal of hard as nails platformers like this though. If that sounds like it’s right up your alley, then grab it, no one can stop you. Avoid the game if you want to survive your gaming sessions without giving yourself an aneurysm though.

Prinny 2: Dawn of Operation Panties Dood! is a hard as nails platformer that's finally made its way to the Nintendo Switch. The game is a classic, and certainly has its place, but it's not for everyone. This is a game that will test your love of the genre, and if that love isn't diamond hard, then you're going to struggle.

Review: Prinny Can I Really Be The Hero?