Find the truths buried in the Ashmann Inn!

Italian studios Darril Arts and Stormind Games, authors of Remothered: Tormented Fathers, are back with a new chapter in the horror series. Remothered: Tormented Fathers has been one of the surprises of recent years, earning a niche in the already crowded video game horror catalog. Making the experience a treasure, with Remothered: Broken Porcelain, the studio attempts to replicate the success of the first chapter, improving and expanding the overall gameplay experience. Will this second chapter be up to par or did something go horribly wrong? Here is my Remothered: Broken Porcelain review on PC. THE STORY OF JENNIFER

Remothered: Broken Porcelain tells the story of little Jennifer, a young girl who works at the Ashmann Inn, which is the primary setting of the game. Thanks to an introductory cutscene, I discovered that after being expelled from the Flemmington Girls Institute following an “accident”, Jen was hired by the manager of the hotel in question.

However, the hiring of Jennifer is by no means a coincidence and later you will discover the exact reason why she was taken to that cursed place. The dark soul of the hotel, in full Shining style, does not seem to appreciate the presence of the young woman, and between Kubrick’s masterpiece, Misery, and a clear Outlast setting, illustrious references certainly are not lacking and will repeatedly snatch a smile from fans of the genre.

Darril Arts and Stormind Games based Remothered: Broken Porcelain on a synthetic medicine called Phenoxyl. The drug isolates the traumatic events in the mind of the subjects, but with a side effect. A “porcelain” memory is created, which leads to a collective hypnosis in which the subjects are forced to obey a certain leader. The leader in question is Porcelain, the antagonist of the game.

Porcelain appears as the typical relentless and invincible hunter from whom you can only escape and hide, very reminiscent of the good old Chris Walker of Outlast. When the prologue is completed, you will find yourself in the director’s office who summoned Jen for a strange incident. After the director’s reprimands, you are taken back to your chores by Andrea Massino, the director’s right hand. After that, you regain full control of Jennifer. 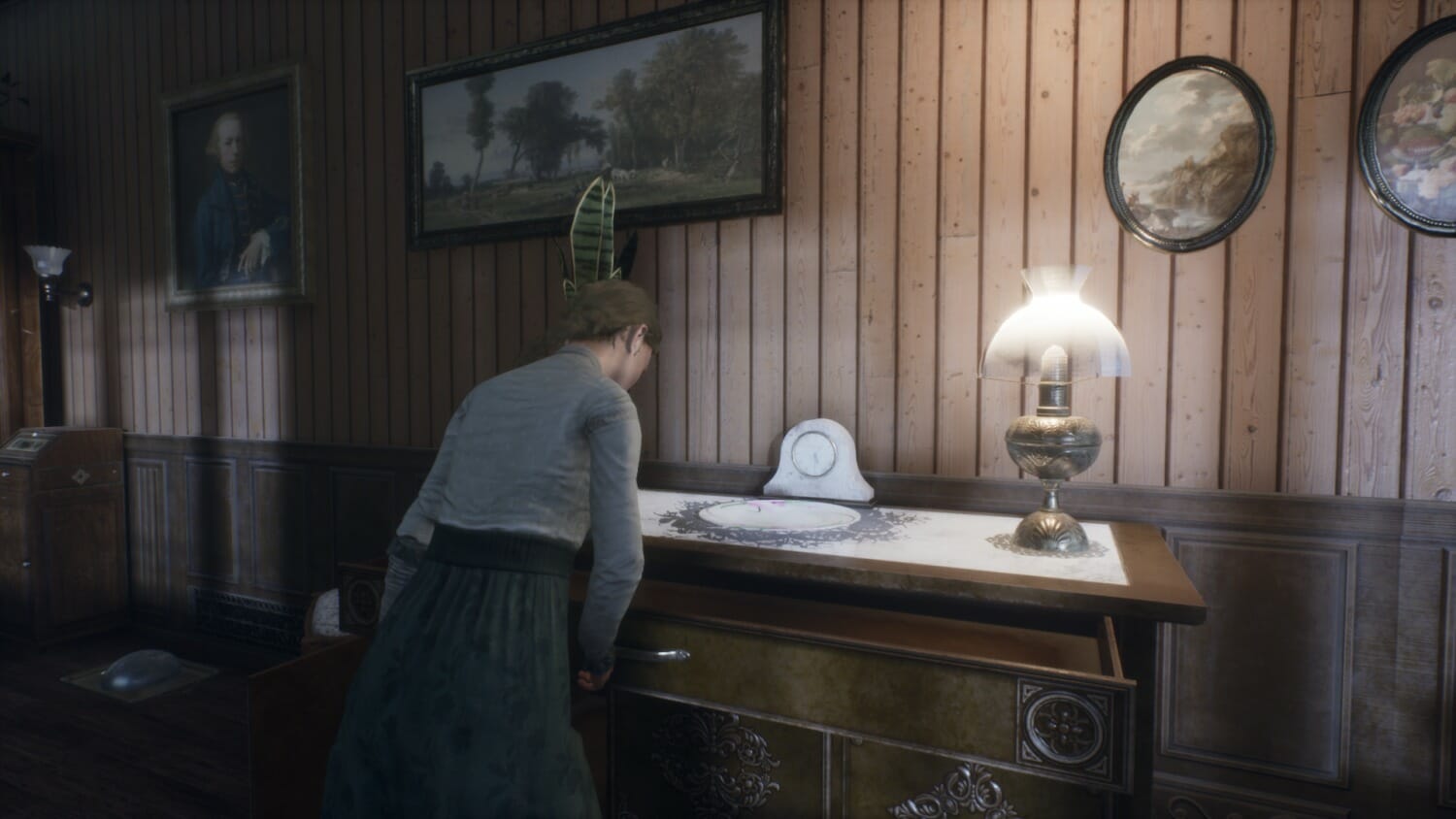 Remothered: Broken Porcelain is a survival horror in which you have to survive and complete tasks to progress. Although (as already said) the mold of the game is attributable to exemplary predecessors of the genre, such as Silent Hill or Outlast. Take note that the developers improved upon the elements of what we saw in Remothered: Tormented Fathers and they also added some interesting additions.

The game world is full of drawers and cabinets to open, chests to hide in, and items to collect. Unlike its predecessor, here you will find a much more strategic way to use the collected items. Besides the classic keys, you have the possibility to combine the objects found to create more complex and interesting situations. Previously you had to escape and hide from your pursuer, but this time you can distract him with traps.

With this choice of gameplay, it gives players good freedom to maneuver, derailing from the typical tracks of pure survival to something more varied and interesting. This approach makes Remothered: Broken Porcelain a much more strategic and reasoned stealth survival, which ultimately turns out to be the key factor for the game to function.

Technically, Darril Arts and Stormind Games’ Remothered: Broken Porcelain looks like a big leap forward from the first chapter. The graphics are decidedly more accurate and the environments appear rich in elements and well detailed. The photography is more than convincing and the lights give a distressing atmosphere of all respect for the genre.

Even the characters and animations are well built and characterized, although the interactions with the objects definitely need improvement. The audio sector sounds great, in particular the music helps to maintain a constant tense atmosphere during the game.

The work on the sound design is also commendable, putting the right accents and alternating unnerving silences with heart-pounding sequences where the sound plays well in favor of the situation. But despite the fact that the game presents itself well both in the concept and aesthetically, the problems are not far away. 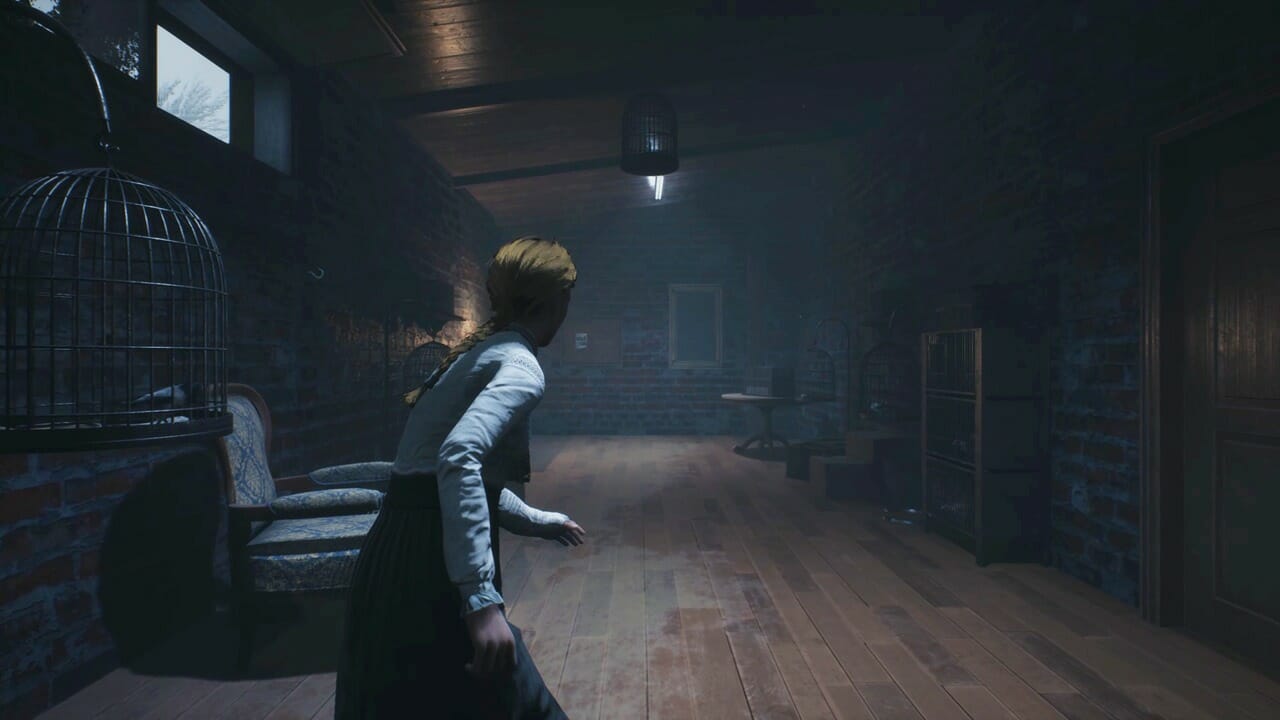 Unfortunately, everything that is good in Remothered: Broken Porcelain is nullified by many bugs and imperfections. Almost always you are faced with blocked enemies, objects that do not work, and a boss that is impossible to beat. Often you will not even understand what is wrong and why you have failed in a specific objective.

In addition, deaths due to malfunctioning interactions with hiding places are frustrating and utterly meaningless. In other places, however, it is enough to bow behind any object to become invisible to the fallacious and fluctuating AI of the pursuer. On the contrary again, the bosses prove unstoppable, so much so that they do not suffer the effects of your traps.

Besides the bugs in the gameplay, there is no shortage of ones in the interface and models. Jen’s braid is sometimes uncontrollable, the clothes go crazy, and the models move really unnaturally. Often the only solution to fix the problem is to restart the game repeatedly to exhaustion.

Those mentioned are a few examples of the dozens of bugs offered by Remothered: Broken Porcelain, which ends up ruining the gaming experience making it really frustrating. A great pity, given the many positive sides of the game, frustrated by a wrong management of the title. An absolute mess!

Enjoying a good game like Remothered: Broken Porcelain in these conditions is impossible, and it will often lead players to wonder why they spent money on such an incomplete title. Incomplete, in fact, is the perfect adjective to describe a game released too soon, probably for fear of clashing with the ruthless competition of Amnesia Rebirth.

Paradoxically, with the intention of anticipating the competition, an incomplete and unthinkable game has emerged that will end up pushing users towards the name of Amnesia. Probably, if the developers delayed the release of the game a little, we would have had a completely different title worthy of the name of the series. Although the general ideas within the game are good and I am confident that there will be many corrective patches, recommending this game at present is really an unthinkable task. You can’t get hooked on a good story if the experience is compromised by an abnormal amount of bugs!