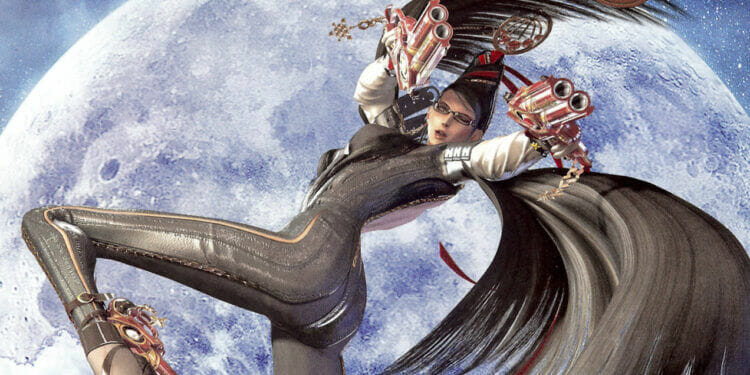 There use to be genres of games that I would willfully avoid due to the fact that I was so bad at them I would Rage Quit. Hack and Slash games use to be on that list. My dad never let me forget when I was playing Devil May Cry 3, that the game told me to go down to an easier difficulty because I was struggling with the first boss. I swear anytime I had the little of trouble I would hear my Dad snicker and say, “Remember when that one game insulted you?”

Devil May Cry 3 came out in 2005 so I’ve had about fifteen years to home my skills. Bayonetta was released on the Xbox 360 in 2010 and I was a work in progress in Hack and Slash. I will admit that I played this title the first time on “Very Easy” mode, and I still had issues beating the game. Another decade has passed and I’ve found myself much better at Hack and Slash, a few days ago I successfully beat Bayonetta 2 on “Normal” mode. Currently I’m streaming through the Xbox 360 version again and am having a blast playing it on “Normal” mode and being successful.

After almost two complete playthroughs of the first game and one playthrough of the second game I think I finally have a grasp of the story. You play as Bayonetta, an Umbra Witch that has lost her memory after being awoken twenty years prior. She has one of the “Eyes of the World” and after hearing from Enzo about the whereabouts of the second eye she heads for Vigrid.

After beating number 2 and a few hours into the original I think I’m actually beginning to understand the story. Bayonetta is caught between two warring factions and usually has to beat down both angels and demons. Seeing as this is a hack and slash game, you’re not really here for the story. This one isn’t going to move mountains that will keep you thinking long after you’ve completed the game. You’re going to keep replaying levels to get better medals at the end, not to re-watch heartbreaking scenes.

THIS is what you’ve come for if you’re playing Bayonetta. The combat comes at your quite fast at this game and it behooves you to get good at the controls. The button you will be pressing more than attack is the Right Trigger, which is dodge. To survive the onslaught of angels that are thrown at you, dodging is a must. If you dodge at the correct time you will enter “Witch Time” that slows time around you and makes it easier to attack multiple enemies.

A is jump and X is firing your guns. Y and B are your main attack buttons, these are the buttons you will want to combo out to deliver the most damage. What is neat about Y and B is that one is kick and one is punch, you can obtain weapons throughout the game that you can attach to your shoes or hold onto. You’re allowed two different weapon loadouts to swap into during battle. This allows you to have a bit more choice in how you tackle the swarms of enemies that will attempt stop you from getting the other eye.

For a decade old game, I cannot believe how well the cut scenes and in game scenes have aged. I’ll admit I was playing the 360 version on my Xbox One, but I fired up the Xbox 360 to see how they stood together and there was very little difference that I could see. I’m curious to play the 10th Anniversary two pack on my PS4 soon. Yes, I love Platinum Games if you’ve not noticed.

These amazing graphics show off the beauty of the character design. The developers did not skimp on designing the main characters or the enemies you will face. Bayonetta, Enzo, Rodin all look amazing these characters pop from the screen and you’ll grow fond of each and every one. The angels that you fight are so varied at times you have to watch yourself or you’ll get surprised with a beat down.

I want to dedicate a paragraph to the music in this game, seeing as I played 1 and 2 tandem I was surprised at how much the music was lacking in the sequel. The first Bayonetta has one of the BEST soundtracks from last generation. The background music is upbeat and helps you keep in time with your battles. I’m also a huge fan of Big Band music and the cover of Old Blue Eyes’ Fly Me To The Moon is simply amazing. There once was a point where this was on my old iPod, I’m thinking it is time to redownload that.

This is a great game! There was only one big flaw that I could find were some outdated mechanics. The only reason I saw these mechanics was the fact that they were rarely used in the sequel. You have to utilize “Witch Time” to make sure you are given enough time to open doors you must attack. I got stuck on one of these for about ten minutes because I kept running out of time. That oddly enough was the only gripe I had with the game, this antiquated way to proceed in levels.

Bayonetta 2 only has one of those doors to get through, so I’m glad Platinum Games streamlined the experience. I don’t play Bayonetta for puzzle solving or platforming, I play for the action and the weird story I still need to understand properly. If you’re one of the people who didn’t play this game last generation I suggest getting the new 10th Anniversary pack that comes with Bayonetta and Vanquish, both upgraded for the current generation. I can’t wait to replay these games again on my PS4. There just aren’t enough Platinum Games in existence to fulfill my need to play them.

It is hard to believe that Bayonetta is a decade old, so let us take a look at her first game as we patiently await an announcement about her third.

Review of the PC Game LIT: Bend the Light

Alligators are not Your Friends – Maneater Second Opinion