by Chris Penwell
in PS4 Reviews
0

The main mechanic involves getting past a challenging set of platforms that disappear and reform as colors change on-screen. It’s a simple premise, but 13AM Games has an excellent game design foundation that consistently changes in unpredictable ways. For example, an espionage-type level has lights that shine down on the platforms and changes the colors that you land on. You really have to think on your feet if you want to succeed against your friends and the Adventure Mode. The game constantly changes up the formula and delightfully surprises you with almost every stage.

It’s main mode, Run, has up to four players (nine online) trying to get to the goal before everyone else. The person who wins the most rounds out of 10 is the victor. These levels are fast paced and take 15-30 seconds to go through, but they don’t get old as the levels offer plenty of variety.

The adventure mode is a challenge for those who dare face it. It is a loosely tied-in story mode, which has you chasing down the villain, Satura. As previously stated, the level design’s inventive, and while levels are seemingly brief, most will require many attempts. Part of the fun is playing with a friend or group, as they triumph the challenging platforming sections and laugh at your failures.

There is also the bowhemoth mode, in which you try to escape the gargantuan whale’s intestine system. It’s tough, and after a while, I gave up on continuing further as I struggled with the difficulty. It’s fair, but tough.

Unfortunately, Runbow has been unable to keep its player base online. No one was playing this game on a Friday night. Its three separate modes harms a potential small player base and causes them to splinter. Due to the lack of players online, I was unable to test this part of the game. However, I was able to play with a friend over Share Play, which worked surprisingly well. There is one mode I was unable to play called King of the Hill. I did not have enough friends to play with me during the review process and due to empty online servers, I was unable to test it.

Just like its gameplay, the graphical style is simple, but effective. It has a personality to its levels, UI, and characters that make this a lively, fast-paced, and charming party game. Those who love indies will also recognize the cameos in Runbow. Shovel Knight, Lilac from Freedom Planet, Guacamelee‘s Juan, and many more have joined in the craziness. Unfortunately, the game has bugged for me, and I can’t play as any of the cameo characters; just the originals.

The music, by composer Dan Rodrigues, fits its aesthetic really well. Tracks are fittingly vibrant, high energy, and establish each level’s mood. You’ll probably bob your head to the tracks.

Runbow is an underrated party game that anyone can pick up and play. Its levels are inventive, bringing the right amount of challenge, and there’s enough variety to keep you surprised throughout its Adventure Mode. I can’t wait to play this during my next party.

A PS4 code was provided by the publisher.

5 of the Most Violent Video Games 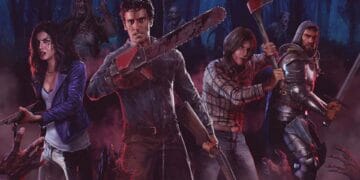 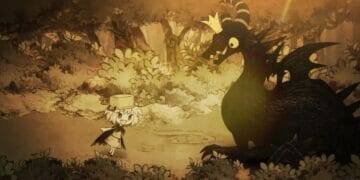