Scott Pilgrim The Game Teams up with Limited Run Games 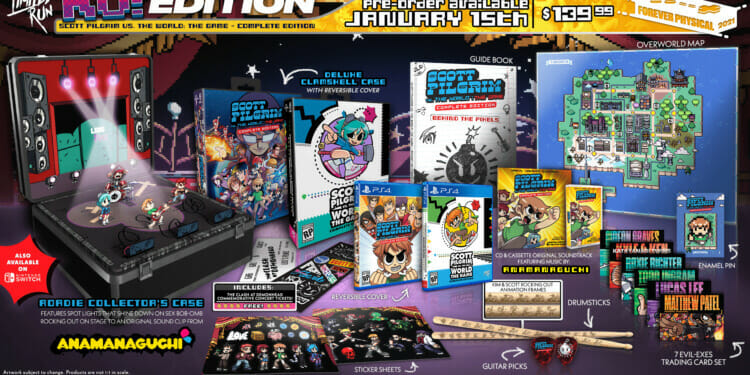 Limited Run Games has announced a collaboration deal with Ubisoft and Universal Games and Digital Platforms in regards to the physical release of Scott Pilgrim vs. The World: The Game – Complete Edition, LRG will be releasing three different Limited Editions, which include a physical copy of the game, on PlayStation 4 or Nintendo Switch. But the love for Scott and company won’t end with just the game, exclusive game-inspired merchandise are plan for availability this Fall, with pre-orders beginning January 15, 2021 and ending February 28, 2021. Unfortunate, when it comes to an Xbox One version Limited Run Games was only able to say, “…More information on a physical Xbox One version of the game will come at a later date….”, so only the PS4 and Switch versions will be available for pre-order at the moment.

This also means that yes, PC owners will only receive the digital edition upon release January 14, 2021. There were no mention of Scott Pilgrim vs. The World: The Game – Complete Edition having a special physical release with a digital code for PC.

Below are the three Limited Editions Playstation and Nintendo fans can choose from: 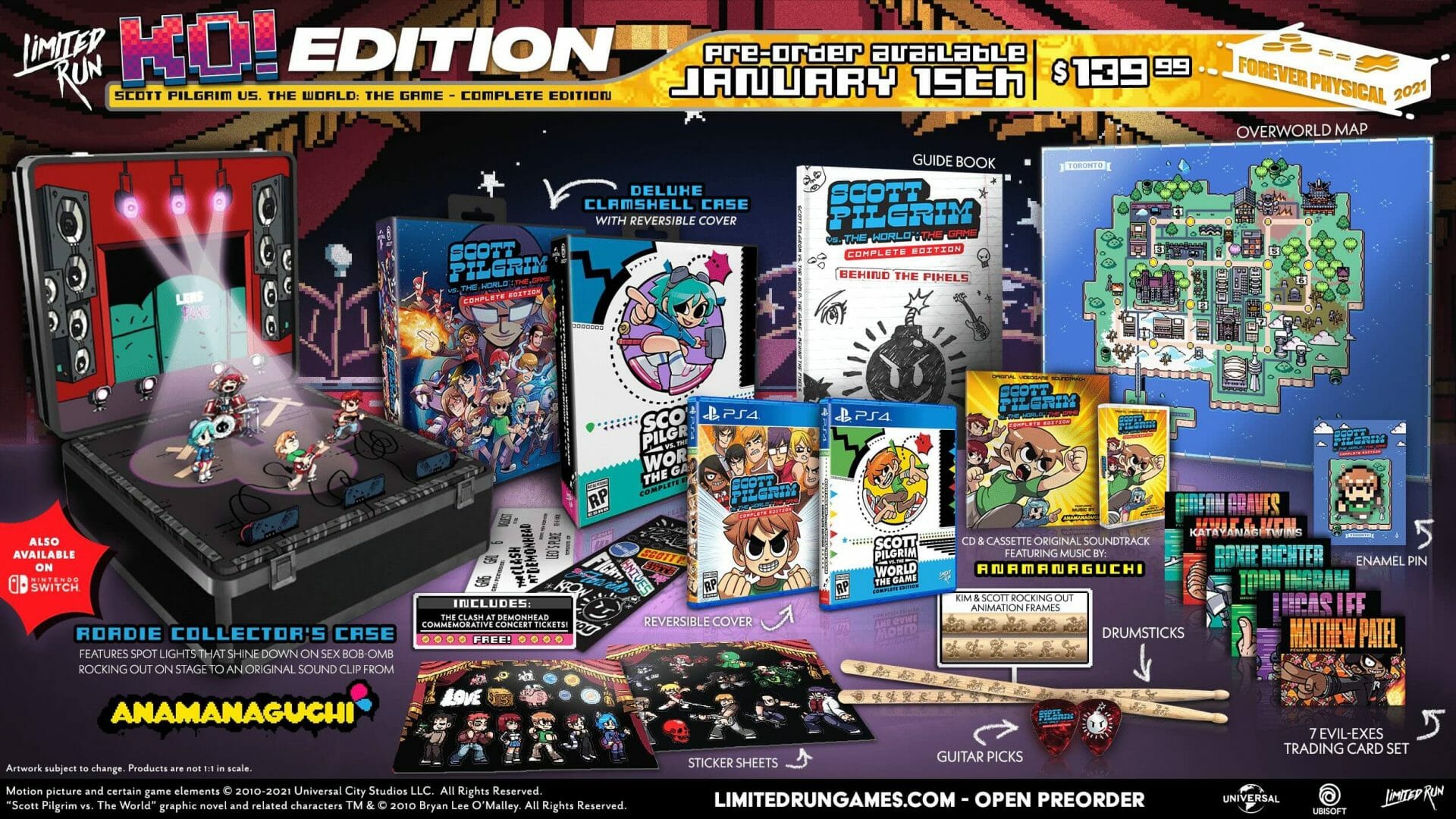 As mentioned before, Scott Pilgrim vs. The World: The Game fans can also pre-order game inspired merchandise the same day as the Limited Editions, created and sold by Limited Run Games:

The 10th anniversary celebration of the Universal Pictures film, which will be shown exclusively in Dolby Cinema later in 2021, continues with the digital launch of Scott Pilgrim vs. The World: The Game – Complete Edition on January 14, 2021 for $14.99 on PlayStation 4, the Xbox One family of devices, Nintendo Switch, Stadia, Amazon Luna, Windows PC and Ubisoft+. The game also be playable on Playstation 5 and Xbox Series X/S via backward compatibility.

The King of Fighters XV Revealed, And More

Cyberpunk 2077 PC Review – A Diamond In The Rough