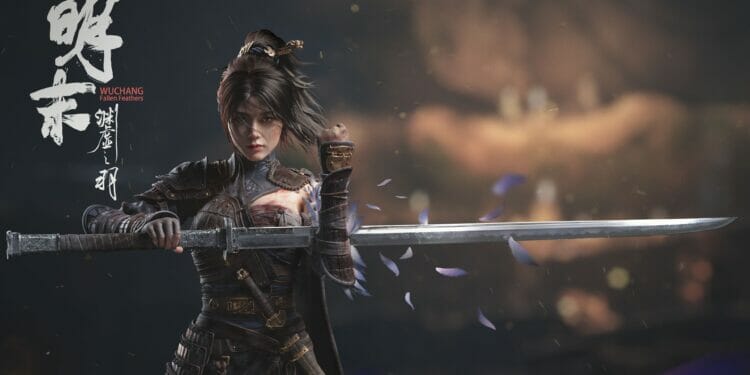 A new souls-like action RPG has entered the chat! This time it is WuChang: Fallen Feathers from independent team, Leenzee Games. Chinese mythology heavily inspired this game, which makes sense given the development team is located in China.

The 18-minute reveal trailer follows a young woman who has been granted a powerful weapon. The young woman explores streets, trails, and environments of an ancient China long passed. An older man tells her that the town suffers from terrible plague. Continuing her journey, the woman fights a series of bandits as she heads to her next location. Eventually, a demon-esque creature appears which the protagonist fights. Without a doubt, much of the trailer is reminiscent of Dark Souls.

Wuchang: Fallen Feathers takes place after the Ming Dynasty Emperor Chongzhen has just hanged himself. Subsequently, the world around the protagonist erupts in chaos. Naturally, everyone wants to grasp for power in the wake of a fallen emperor. While this political unrest is happening, a terrifying thing starts to occur. People are beginning to grow feathers and their forms are changing. Players must travel across China and uncover the mystery of these transformations.

The game is currently in the pre-alpha stage of development. It will release on PC and next generation consoles.

Seven Seas Entertainment Licenses Classroom of the Elite: Year 2, World End Solte, and I Think I Turned My Childhood Friend Into a Girl