Star Renegades Review – Battle for your Dimension! Then go camping with your friends!

A tactical RPG with a roguelite twist

There are games that lean too heavily on their mechanics, and there are games defined by their mechanics. The former hopes that you don’t notice the rest of the game isn’t up to par. The latter makes you focus on and talk about the quality of that gameplay. Star Renegades is the latter. 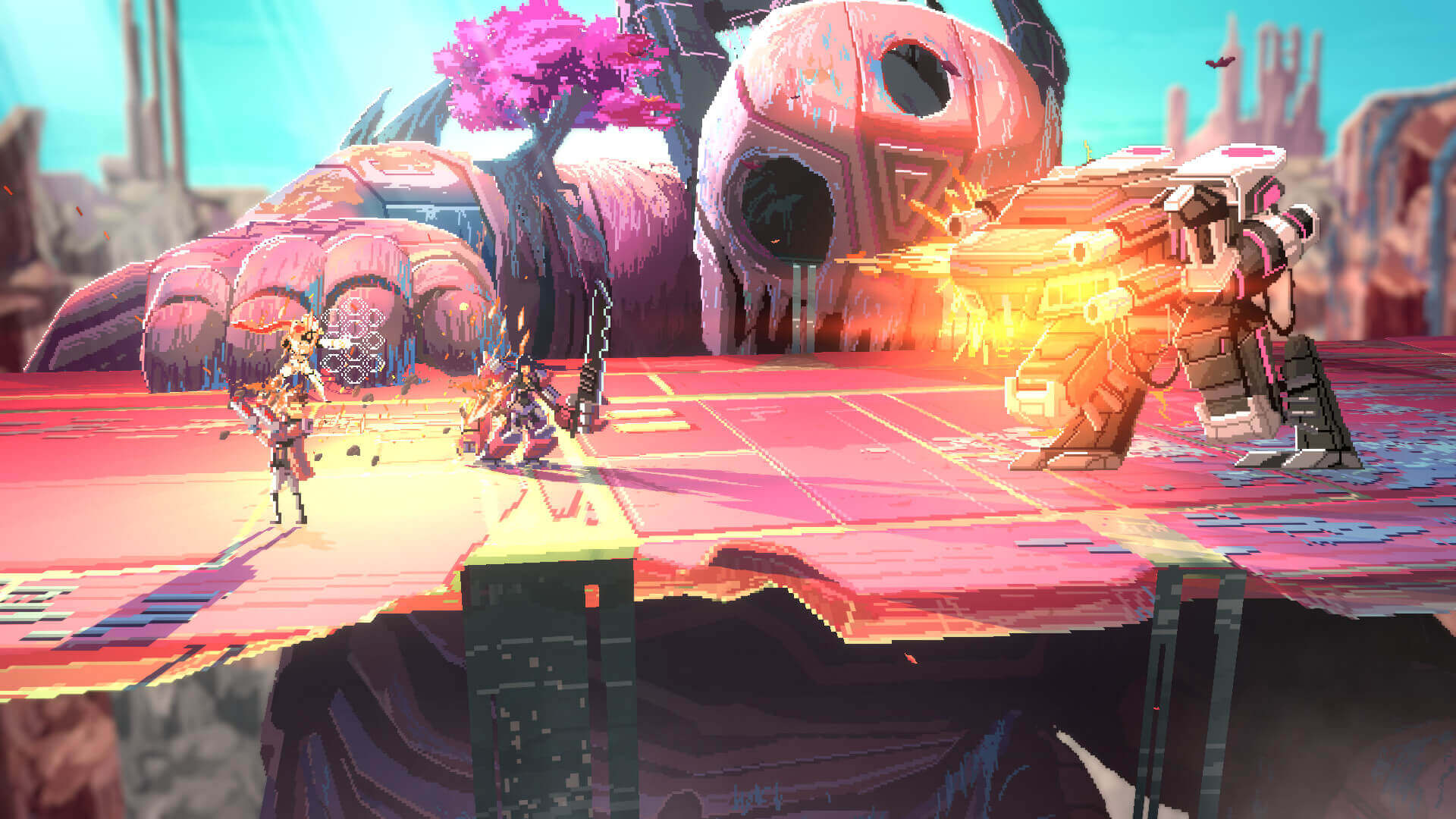 The deepest and most compelling element of Star Renegades is its combat system. On the surface, it’s relatively simple, but whether or not you progress through the game depends on your understanding of it. The basis is an active battle system where every event is placed on a bar at the top of the screen. At the beginning of every round, you see what the enemy is going to do based on this. Their attacks (or other actions) will show up as icons and you’ll even see who they’re attacking. Your goal is to react to this in the best possible way to deal the most damage while taking the least.

The way this works is that many attacks can push those enemy attacks further down the initiative bar. If they get pushed far enough, they fall off the end and a “break” occurs. This means the attack doesn’t happen that round. Most of the character actions don’t have any sort of resource (AP or MP) required to use, but you only get one per round. They do varying amounts of damage and sometimes have other status effects involved, but each takes a certain amount of time on the initiative bar. If they happen before an enemy attack, they “crit” and get more effects and damage.

Enemies can’t be delayed forever though, they have a listed number of attacks that push them back before the attack lands. Even if it breaks, the attack may happen in the next round once you’ve exhausted all of those pushes. This whole system builds upon itself until it ends up being rich with tactical and strategic moves for every battle. That’s a good thing too because there’s not much else going on in the game. 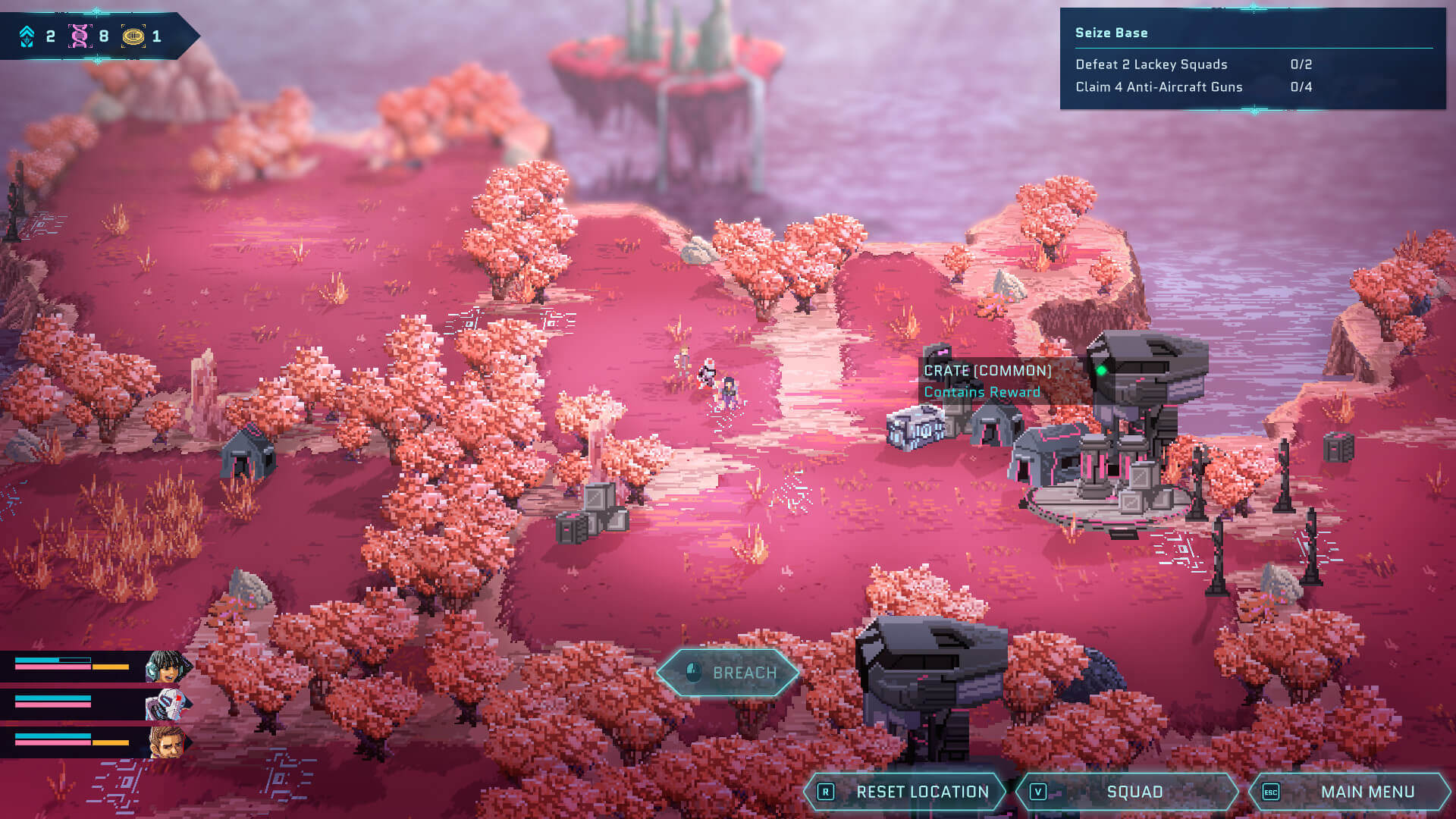 The Rest of the Universe

Star Renegades has a strange story about interdimensional raiders that come to attack your planet. The premise is explained loosely in some dialogue as you move into the game, but even after finishing it I just barely know what is going on. However, this falls in line with just about any roguelite game since a heavy story would viciously bog down the times you have to restart the game. That can be its own issue though.

The vast majority of your outside time will be spent trying to pick a route on the map overworld that will net you the most resources in the number of moves you have. Each of the three main planets you travel to has a map split into sections, most of which have an enemy to fight. You have three days to do as much of this as you can and each day you have three moves you can make on the map. Some zones will lock making them inaccessible, so you have to plan to get what you want. The zones, in addition to fights, may have crates with loot or money as well as other buffs. Once those three days are up, it’s on to the boss battle.

Between each of the days, you camp and use cards that have (mostly) temporary effects to buff up your team for the upcoming day. These can also be used to heal the persistent health damage you take from hits that happen when the shields of your characters go down. The cards also have the effect of improving a relationship meter between the characters that use them. This will give them bonus stats, special combo attacks, and can even get them to have “progeny” that turn into new classes. 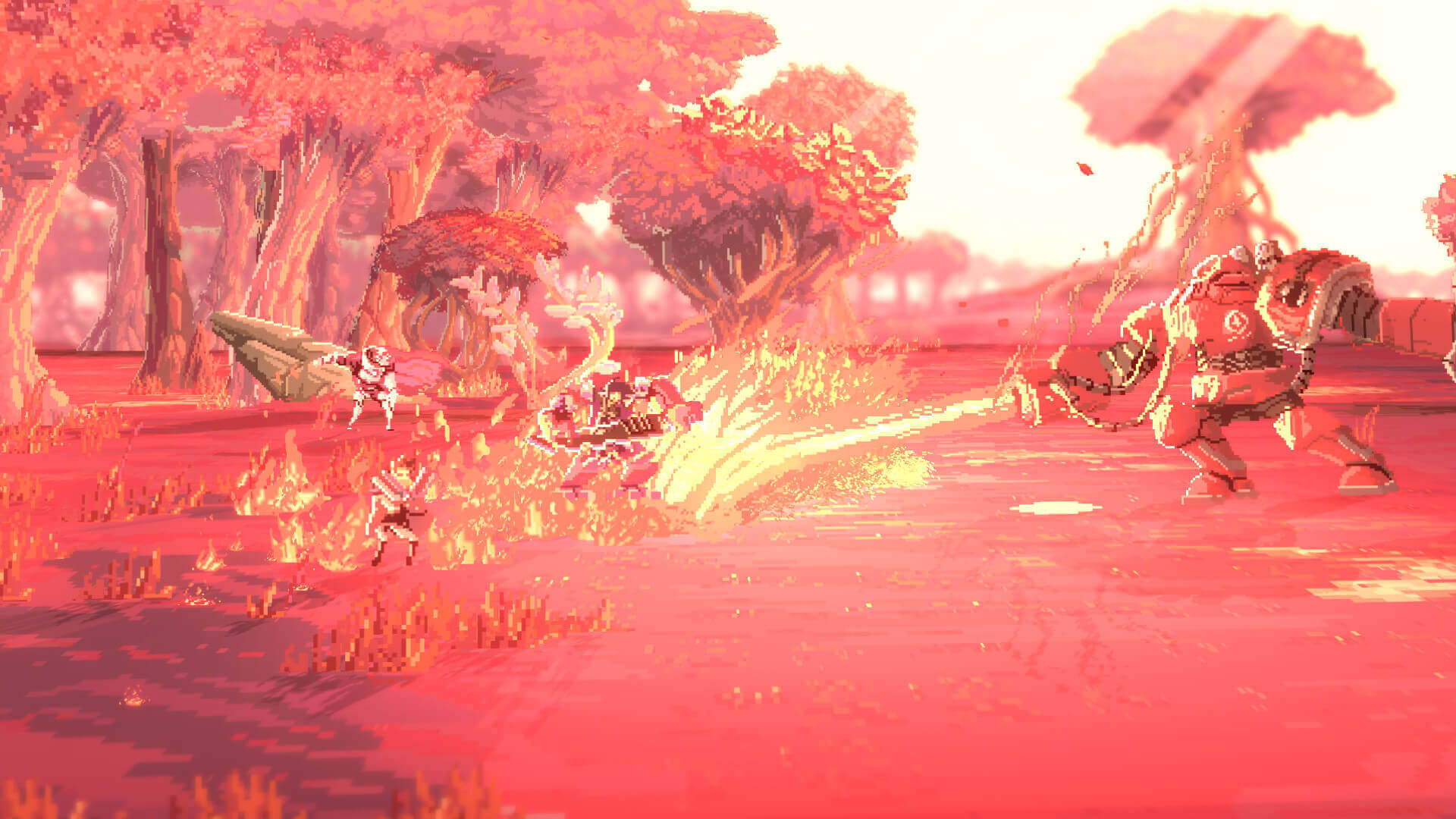 Everything is a Roguelite

Within the narrative, Star Renegades works as a rogue lite. Every time you lose, your little robot guide warps to a new dimension and you start over. Each time, you gain resources like “intel” that let you unlock more classes and item types to use each run. It works reasonably well, but at the same time, it can really suck. I was four hours into my first run when I lost the first time. That happened twice. The final run took upwards of seven and the final boss was nearly an hour of that. Losing can be devastating. If it worked like Crying Suns where every chapter is a save point, it would be more forgiving. Failing at that final fight may have had me stepping away from the game for a while.

Star Renegades does many things right though. The animation style of the pixel art graphics is awesome. I loved watching the attacks, at least until I had seen them all dozens of times. That’s kind of the detraction of a rogue lite. However, it does provide a fast forward function that lets you zip through all of those animations. This allows you to enjoy this great design exactly as much as you want to.

Aside from the screen being a little cluttered when several units are on the field and some places where there could probably be more detail, there aren’t too many additional notable issues with Star Renegades. The game is fun to play for me as I like the technical combat of something like a classic JRPG but don’t necessarily need a whole novel-worth of narrative to enjoy it. I think most of my issues are fixable, but even with them, I’d still recommend this for fans of rich combat-heavy RPGs.

If you want try out some other roguelite games, check out these reviews for BPM: Bullets Per Minute and Crying Suns!

Star Renegades is a tactical roguelite RPG that has you facing off against cross-dimensional invaders to save as many realities as you can. The innovative battle scheme and appealing style of the pixel art design gives it plenty to love, but the roguelite features can make losing extra rough.