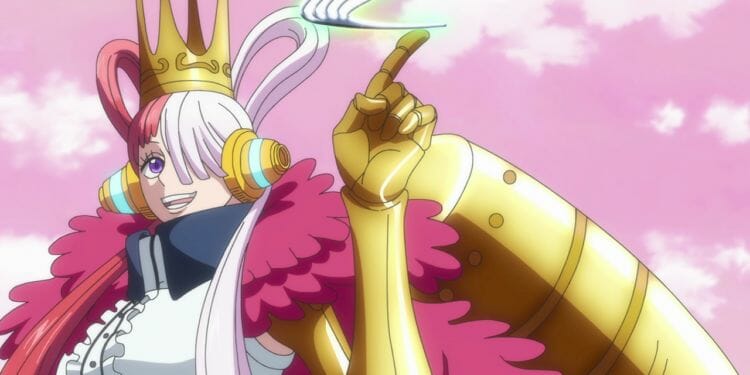 The “One Piece Film Red” Original Soundtrack from Avec will be available to fans as both a one-disc album (Japan only) and digital download starting November 4. The OST features 47 songs from the movie plus the special remix (“Straw Hats Pirate Anthem – Steve Aoki Remix”) – 48 tracks in total.

The trio of Hiroshi Kitadani album tracks included on “Straw Hats Pirate Anthem – Steve Aoki Remix” are “We Are!” (Columbia Music Entertainment, 1999), “We Go!” (avec pictures, 2011) and “OVER THE TOP” (avec pictures, 2019). The high intensity three-track combo gives fans an exciting adventure fueled by a combination of Aoki’s non-stop creative energy and the power of One Piece’s action-packed storytelling. Aoki weaves a soundtrack that twists and turns the remix to heart-racing highs with his signature style. The remix first premiered this past summer as a surprise drop during Toei Animation’s “One Piece Film Red presents Steve Aoki Live” special event on July 4 weekend in Los Angeles.

Aoki commented on the remix, saying:

“I’m so excited to be a part of the One Piece world and continue our collaborative partnership together. They are champions of the anime and manga world, and I hope fans can feel my excitement in this remix.”

Produced by Toei Animation and original creator Eiichiro Oda, “One Piece Film Red” is the 15th film based on “One Piece,” the top-selling manga title of all time about Monkey D. Luffy and the Straw Hat pirates on their epic quest to find “One Piece,” the legendary treasure of the former King of the Pirates, Gol D. Roger. Opening in theaters tomorrow, November 4, the highly anticipated movie “One Piece Film Red” will take audiences along on an all-new adventure with the Straw Hat pirates that delves deep into the mysterious character Shanks. For more information including theater locator, visit the official movie website at onepiece-filmred.com.