BagoGames > Articles > Other > The Lotus Eaters and Their Meaning

The Lotus Eaters and Their Meaning

by Chris Newton
in Other
Reading Time: 4 mins read
1 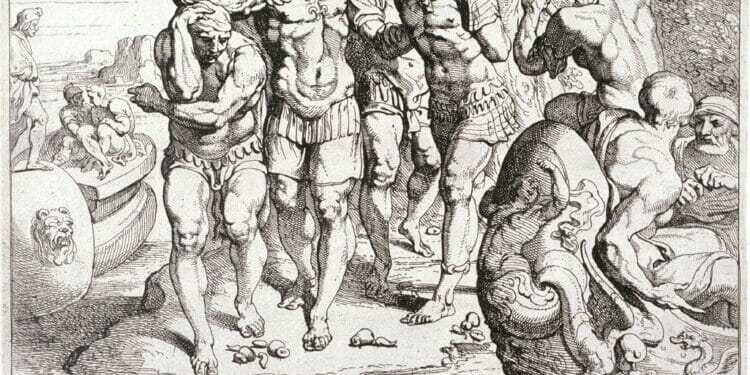 The Lotus Eaters are a race of people in Greek mythology. The lotus plants they eat cause them to forget everything and live a peaceful, carefree life. They like the plants so much that they do not want to leave the lotus-covered lands and return home.

The Greeks meant this myth as a warning against eating too much of something that made you forget all your troubles and put you to sleep for eternity. The lotus is a symbol of purity, in this case, purity of the mind. The souls of the dead in Egyptian myth reach paradise by navigating through a lotus plant in their afterlife.

The lotus is also a symbol of power. When Alexander the Great conquered Persia he found the country filled with lotus plants. Alexander wanted to conquer everything around him so he ate some of the plants and they made him stronger than ever, so he could conquer more territory.

The lotus eaters represent the dangers of drugs and the lure of leisure and pleasure for those born into comfort and wealth (hearkening back to their war-filled ancestors). The lotus eaters are the first group of people against which our current society has something to say. The struggle is on to persuade the lotus eaters to believe in the virtues of hard work and good diet. But if they do not listen, little can be done about them. 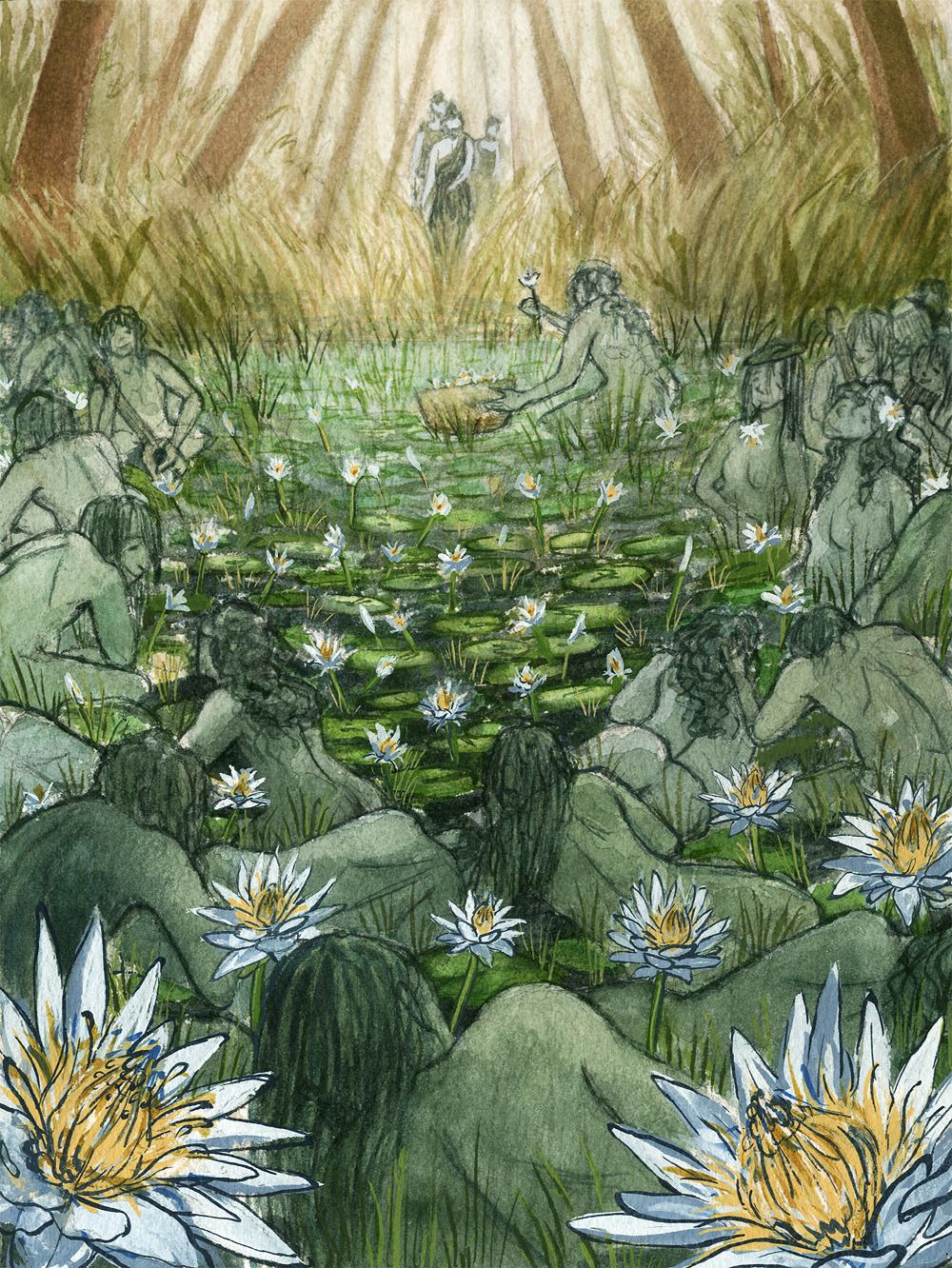 It is believed that the lotus eaters are the first example of mortals who eat something sacred to Gods. Gods are angered by this because it causes their followers to forget about them and worship these plants instead.

Similarities to Other Myths

The Lotus Eaters myth has much in common with the story of Pandora and her box, which was given to her as a wedding gift. Hope was the only item left in the box when it was opened, and it symbolized that despite all the evil and suffering Pandora had seen, there was hope for a better future. In both myths, there is a promise of something better if one can make it past the trials ahead.

The Lotus Eaters may remind us of the cyclops, or one-eyed monsters from Greek mythology. They have a similar weakness, being chained to their own delusions so they cannot see all sides of things.

The Lotus Eaters may also be contrasted with the Sirens, who had power over men through their beauty and song. In one of the most famous of Greek myths, Odysseus had to make a choice between listening to their song and ending up dead, or not listening and being stuck on a dangerous island for eternity. Odysseus chose to listen, but also made it a point not to forget the beauty of the women so he would never go back there.

What the Lotus Eaters Represent for Future Interpretation of the Myth

In the interpretation of this myth, there is a warning against eating too much of something that makes you forget everything and fall asleep forever. The myth may have been used as a warning against any sort of drug or addictive behavior, although it could also be a metaphor for the dangers of excessive leisure and not striving for anything. 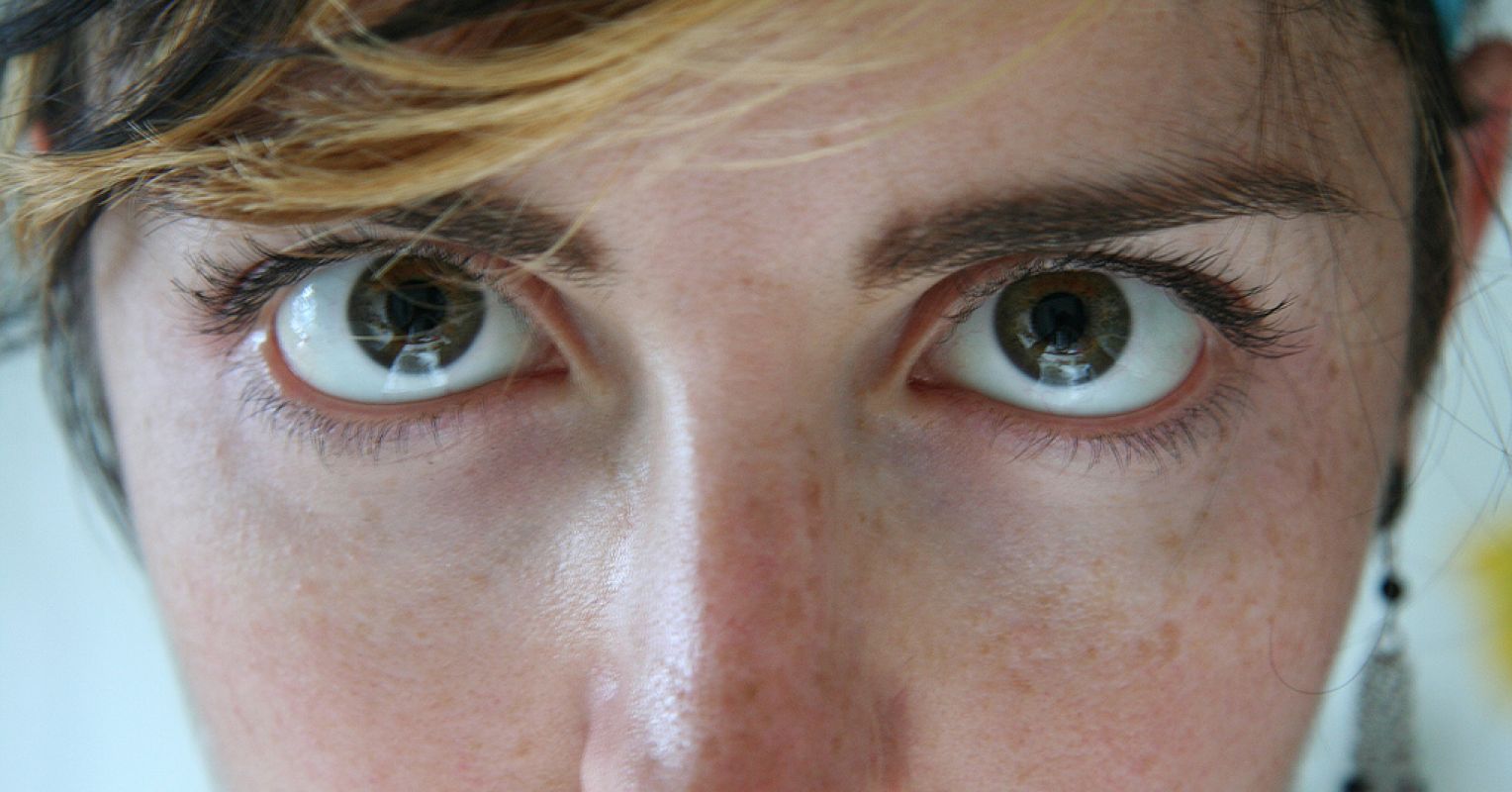 For example, in modern times we could think of “leisure and pleasure” as things like video games and social networking. Instead of striving to be something more than what we already are, we could just sit around and scroll through our Facebook newsfeeds. It is alluring to believe that there is something better out there. This temptation may distract men from striving for better jobs, having a family, or finding true love in life.

The Lotus Eaters continue to be a mystery. No myths exist written in stone, and it can be speculated that the story of the Lotus Eaters may have changed over time. It is likely that this myth did not originate in Greece, but was imported by other cultures.

The Japanese also have a legend of the great goddess Kaminari-hime (from whom ‘candelabra’ comes). However, her story is different from the Lotus Eaters. Instead of starting out with a group of men chained to their delusion, she was actually a beautiful princess.

The Lotus Eaters and their meaning continue to be a mystery. Some believe that this myth was meant as a warning against drugs, while others believe it had more to do with the dangers of making all your decisions based on material things instead of on meaning and truth. Either way, the meaning of this myth has not yet been fully understood.

The Lotus Eaters and Their Meaning  - Usagi Gaming