The Medium – Almost Split Down The Middle (PC Review)

Not great, but I still love it

The Medium is one of those rare games that despite it’s many grievances; I still ended up loving it.  A game that lacks survival horror, challenge, and doesn’t flesh out majority of it’s mechanics, yet, I love it? How could that be? If anything, I should have bitter disappointment, but, The Medium’s best qualities won me over. The concept of split realities, the amazing atmosphere, phenomenal music that always perfectly sets the tone, and a decent mystery that keeps you invested. 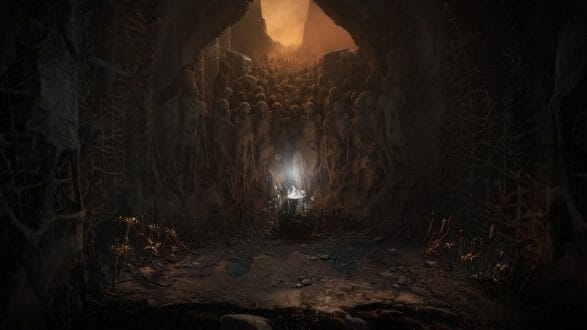 In the world of The Medium, you play as Marianne. A medium that has the ability to help troubled spirits pass on and interact with the spiritual world. However, her reality occasionally splits into two. One being the material world; the other being spiritual. How she got these supernatural powers are a mystery, but that mystery begins to unravel when she receives a strange call from a man named, Thomas. He’s calling in dire need and promises Marianne all the answers she’s looking for. With nothing left to lose, Marianne heads off to find answers ,however, at the cost of entering a world of survival horror.

Closing thought: The Medium is a visual spectacle that mostly delivers on the concept. It has a decent story that is accompanied with amazing atmosphere and music. However, it may leave hardcore survival horror players disappointed with it’s lack of challenge, horror, and under utilized mechanics.

Check out our other content! Including podcast episodes and the latest game reviews.