An exposed gap in X1 and X2's armor

Well, it’s been quite a while since we talked about this series, hasn’t it? Mega Man’s been getting love throughout the 2010s, getting five collections of the series released. It’s one such game that we’re here to talk about, specifically.

Previously, we took a look at Mega Man X2 and how it stacked up to its predecessor, X. The game was very good in its own right, but it had its issues (such as the sub-weapons being a downgrade from the first game). You can read that review right here, but for now, welcome to BagoGames, and this is our review of Mega Man X3.

(Author’s Note: For ease of access purposes, each game reviewed is the version(s) present in the Mega Man X Legacy Collection 1 and 2 games.) 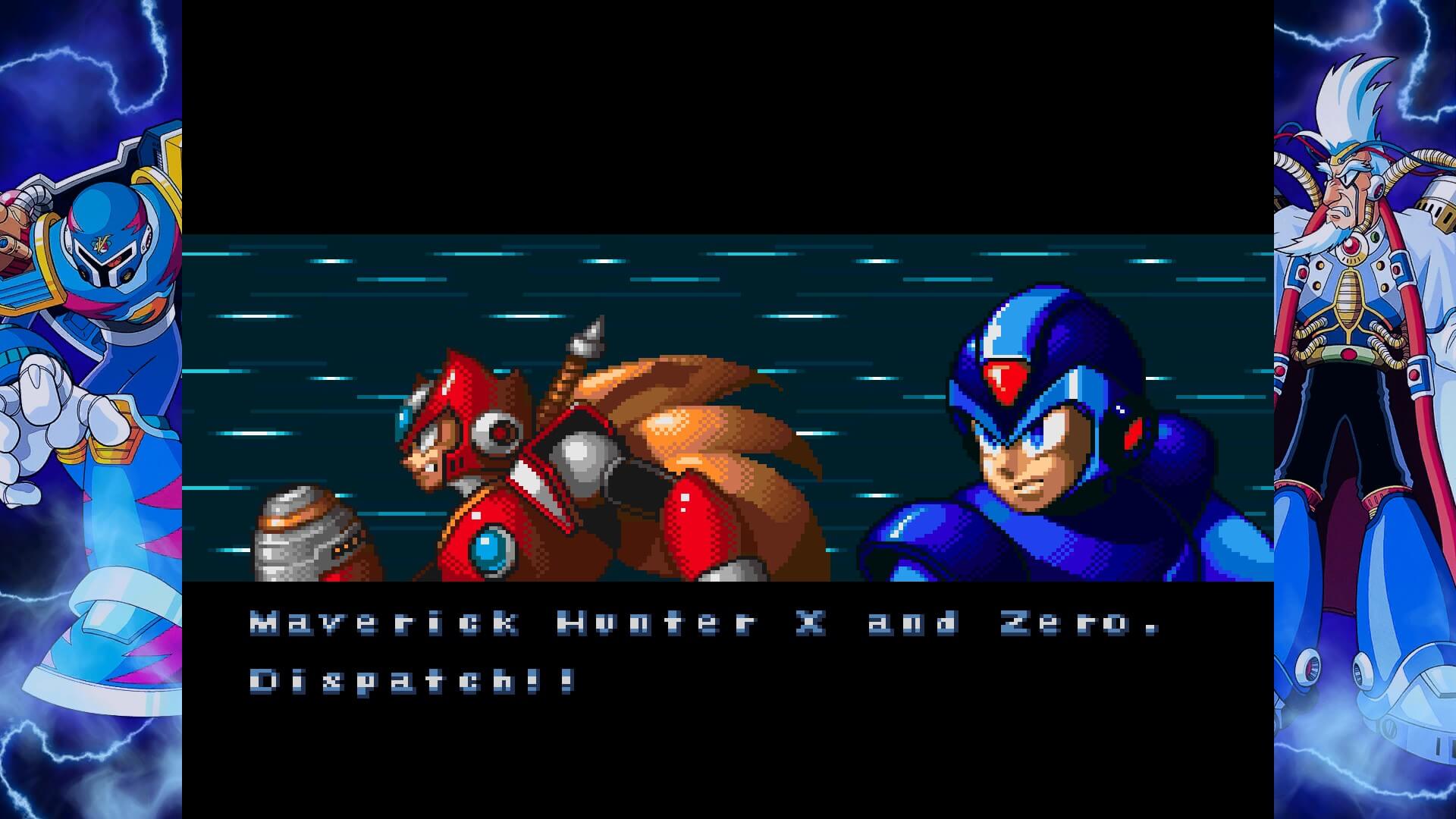 Where We Left Off…

After the events of Mega Man X2, the game picks back up in the year 21XX (quite the trend at the time), where a scientist known as Dr. Doppler has neutralized all of the rioting Reploids. Utilizing his Neuro-Computer, Doppler can prevent abnormalities in Reploid behavior, and the Reploids affected founded a new location, named Doppler Town.

However, the Mavericks begin attacking again after a few months, and X and Zero are called back into action. Most of the evidence shown at that point makes Dr. Doppler look as though he’s to blame for the mess, and so, X and Zero are ordered to bring him in. The two set off, and thus begins the player’s experience with X3. 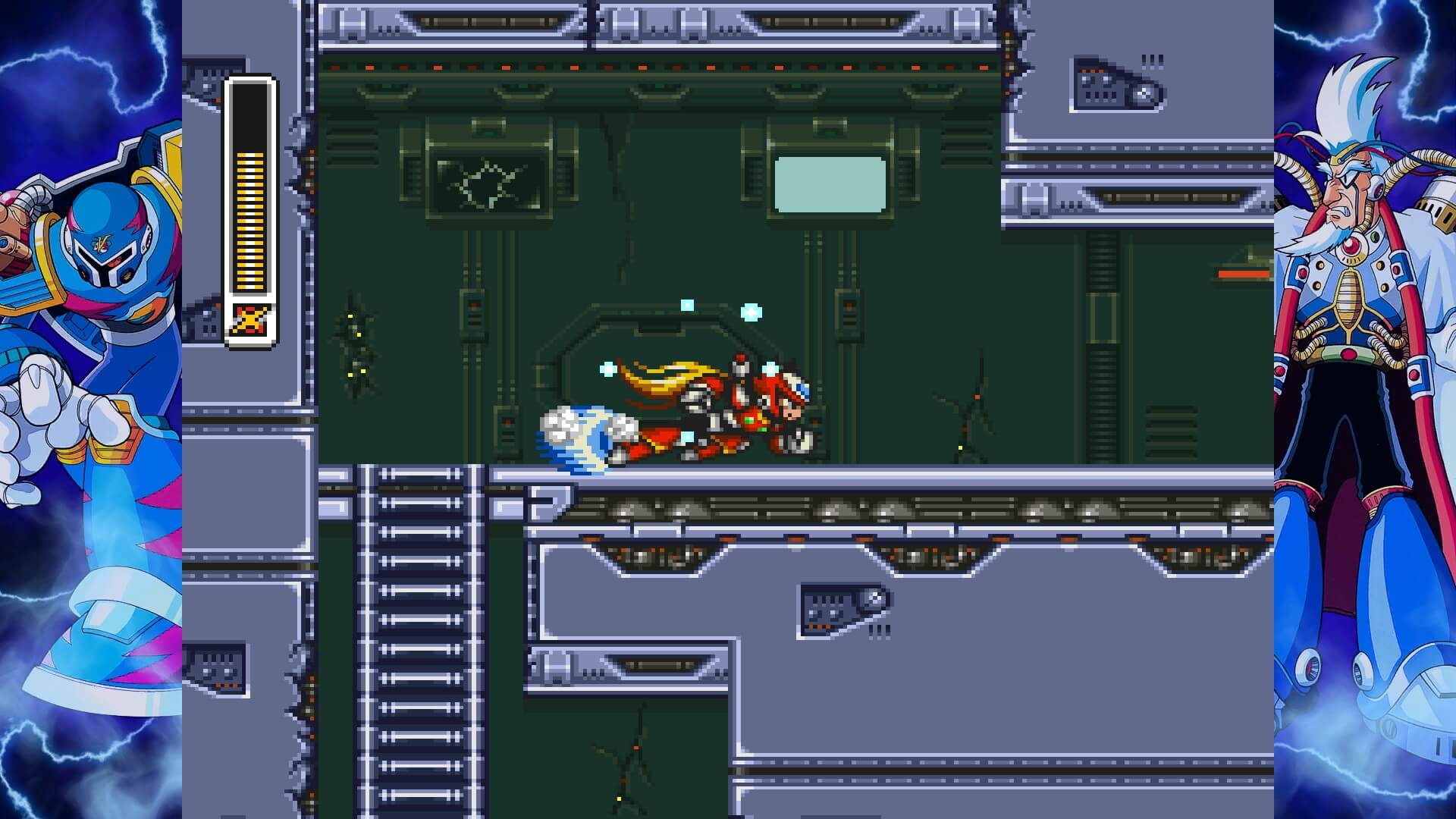 Enter Zero… For a Few Minutes

So, let’s get the only major gameplay change out of the way right now. Mega Man X3 introduces a playable form of Zero to players. You can call Zero from the pause menu and then he swaps places with X, giving players control of him. Zero makes the moment-to-moment gameplay very fun, but it comes with a series of restrictions.

For instance, Zero can only be called once per level. Another big limitation is that Zero cannot be taken into Sub-Boss rooms. And even if the player dies while controlling Zero, that one Zero use is not replenished. Zero’s inclusion here serves to make the gameplay a little more bearable, to be completely honest.

X, What The Hell Happened?

Starting the first stage seems relatively normal for Mega Man X players until they wind up taking a hit. X’s armor has to be made of papier-mâché or something because he takes a TON of damage in this game. It gets to the point where hunting down the Heart Tanks, Sub-Tanks, and Armor Pieces (we’ll get to that), is almost mandatory if you don’t want to die in three hits.

See, the game is fully playable and beatable if you want to get no armor upgrades for X. However, dying in just three hits (after previous games had him being more durable at the start), adds a bit of artificial difficulty that seems to have no place at the moment. Especially not for the third entry in the series. 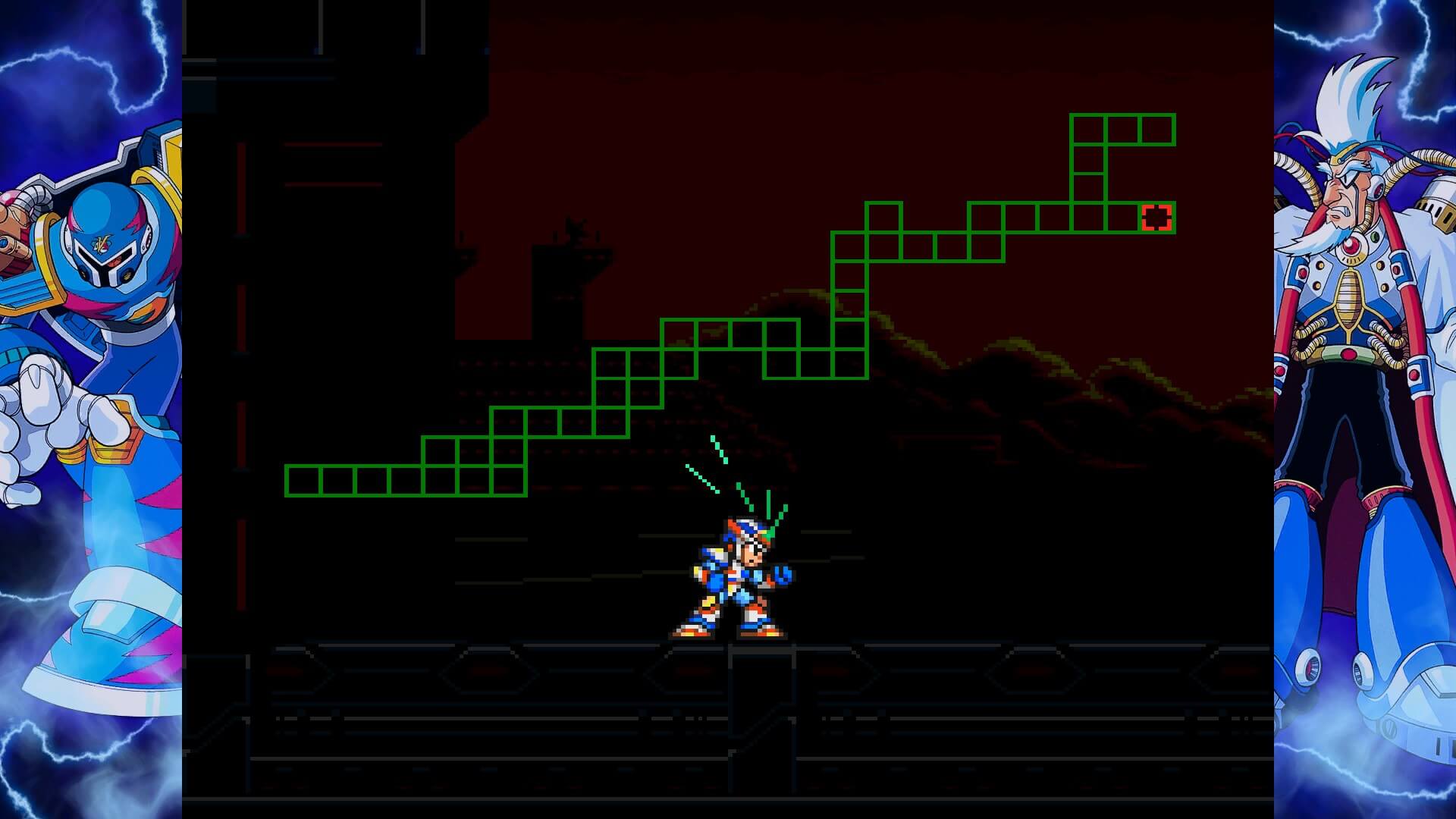 Alright, so, let’s talk about how the armor is a mixed bag in some aspects. Each of the armor parts in Mega Man X3 functions in mostly the same ways. However, the most mandatory requirement is the Body Part, as it reduces incoming damage. As soon as you find it, you aren’t dying in three hits anymore.

The only real upgraded part would be the Head Part. Instead of merely highlighting secret pieces onscreen, it projects a whole map of the level you’re in, missing collectibles highlighted and all (shown as a red ping on the map). That’s actually pretty useful for the sake of collectible hunting, as you’ll pretty much need to get all the Heart Tanks to boost your maximum HP.

The Foot Part functions mostly the same as in X1 and X2, but he gets an additional dash straight up. That’s okay, at best, but it isn’t anything to write home about as a massive improvement or downgrade. However, the last part is easily a massive downgrade.

This part, of course, is the Arm Part. In the previous two titles, X, when obtaining this part, could fire two charge shots in quick succession. He’d also use only half of a Special Weapon’s energy when firing it. That second part is retained in X3, and he climbs ladders faster. That sounds nice at first.

However, the Double Charge Shot has a different timing window than the last game. Missing that timing fires the Cross Charge Shot. X performs the same animation as the Double Charge Shot, but instead of two shots in quick succession, he fires one into the other, creating an ugly spread of projectiles that I’ve had a lot of trouble accurately hitting things with. The more I used it, the more I wanted to close X3 and go back to X or X2, where the Cross Charge didn’t exist.

What wouldn’t be immediately obvious to the player is that each armor piece has a Chip that you can find that upgrades it. The chips have kind of useful benefits (such as bolstering the Body Part’s damage reductions), but come with a massive caveat; after finding one, X cannot obtain any other ones for the remainder of that playthrough.

Personally, I’d advise skipping all four of them until you get to Dr. Doppler’s first stage, where you can obtain a special chip. Known as the Hyper Chip, this chip gives you all of the benefits of the other four chips, while also turning X’s armor golden. This, however, is NOT saved (passwords or otherwise), so if your game crashes or soft locks, you have to re-obtain the Hyper Chip. 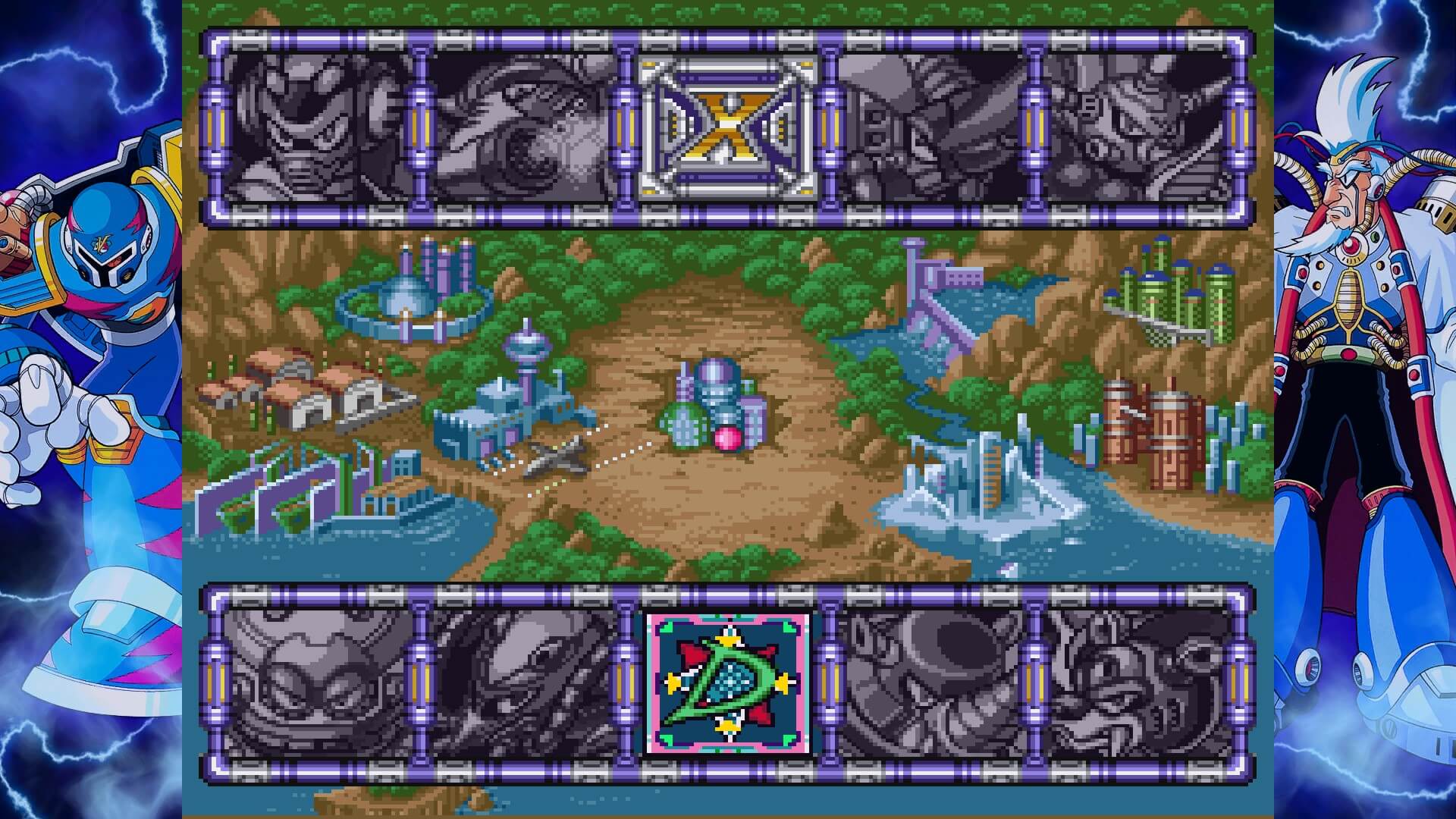 The End Of The Game

So, after defeating the eight robot masters, the final stages of the game open, at Dr. Doppler’s Laboratory. It’s very by-the-numbers when it comes to Mega Man X games, in this order;

However, there’s a small detail that can be slightly overlooked. Zero can be taken into the Mosquitus boss fight in Doppler Stage 1, and can obtain Zero’s saber after that fight, keeping it for the remainder of the Doppler Stages. However, this disables Zero for the rest of the game, and you get the game’s bad ending. The cost is absolutely worth it, however, as X gains a fourth charge level for his X-Buster.

This attack, when unleashed, has X draw the Z-Saber from his back and fire off a slashing arc of green energy, where, upon impact, the target is swarmed with cutting blows. This attack deals immense damage, to the point where you can kill both Sigma forms in just a few clean hits. X can realistically tell the final boss “Now you know how I felt at the beginning of the game.”

Before we go close this out, we should make one thing clear.

With how many problems Mega Man X3 has, the blame isn’t COMPLETELY on Capcom. They had backed themselves into a corner when they were transitioning between 16-bit to the newer 32-bit consoles. That being said, the company outsourced the game to another company, known as Minakuchi Engineering.

Minakuchi’s done work for Capcom before, however, in the form of handheld ports of Mega Man 1 through 6, and developing Mega Man: The Wily Wars. Mega Man X3 would, unfortunately, be the final title that Minakuchi Engineering makes for Capcom. An even stranger aspect of this is that the company’s website was shut down in 2002. Their fate remains relatively unknown to the wider public.

How Everything Stacks Up In Mega Man X3

I’m not going to deny, this game is kind of shoddy in comparison to the X1 and X2 duology. It’s still a perfectly playable title, isn’t really glitch-filled, and isn’t terribly long. However, this works against X3, due to what IS working. There aren’t really any super goofy glitches with this game that enhance the experience (though those will come later).

Meanwhile, from what we’ve reviewed up to this point, well, the game’s aggressively mediocre in comparison to X and X2. Very average, to be completely honest. Other than X being a total glass cannon in this entry, and the game being a glorified beta test for Zero, this game doesn’t have any standout attributes for itself.

Mega Man X3 is playable in the Mega Man X Legacy Collection, available on PlayStation 4, Xbox One, Nintendo Switch, and PC via Steam. Next time, we’ll dive into the first of three entries on the PlayStation, Mega Man X4. Thank you for reading, and we’ll see you next time.

What did you think about our Mega Man X3 review? Did you like the inclusion of Zero? Are you happy with the way the game plays? Let us know your thoughts in the comments section below.

If you liked this article and like retro video game reviews, you can read our review of 1998 classic Resident Evil 2 here.

Mega Man X3's an average Mega Man game, nothing too spectacular and nothing too offensive to the series. However, the aggressive safety the game plays, combined with X's bad defense, makes completing this game a pretty roundabout project.

The Medium – Almost Split Down The Middle (PC Review)