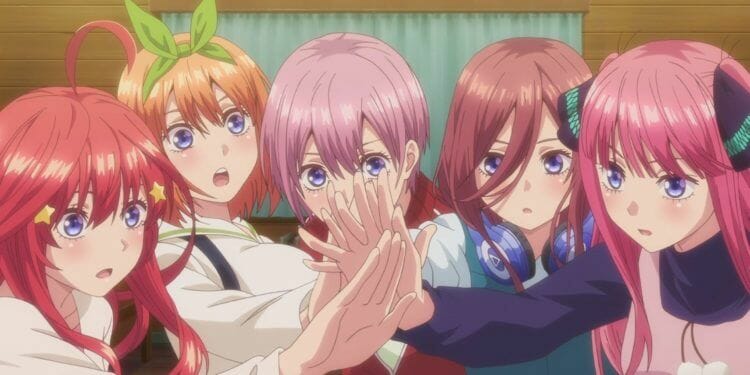 The official website for The Quintessential Quintuplets recently announced that the second season for the fan-favorite TV anime series would be postponed to January 2021. The third season which was initially set to release in October of this year, has now been delayed due to the impact of COVID-19.

This is mainly due to the recently extended State of Emergency in Japan, and for the “health and safety of cast and staff members,” the broadcast will, unfortunately, be postponed to January 2021.

To those unfamiliar with The Quintessential Quintuplets, the synopsis given by Crunchyroll, is as below:

Uesugi Fuutarou, a high school second-year from a poor family, receives a highly appealing offer to work part-time as a tutor… but his students turn out to be girls from his own class! What’s more, they’re quintuplets… and all five are beautiful, but happen to be problem students who have borderline grades and hate studying! Looks like his first assignment will be to win all the sisters’ trust?! Every day is a wild party in this rom-com centering around the quintuplet sisters of the Nakano household!

The second season, weirdly titled The Quintessential Quintuplets ∫∫, will broadcast on TBS and will be directed by Kaori, composed by returning composer Keiichiro Ochi, and is being produced by Bibury Animation Studio.

This news is understandably not being taken well by the community, as its among one of the most anticipated Anime this year. Sadly, we’ll have to wait a little longer to see it.

Are you a fan of The Quintessential Quintuplets? Are you upset by the delay? Let us know your thoughts in the comments section below.