With the legacy and success of the Seiken Densetsu games in Japan, otherwise known as Trials of Mana in the west, Square Enix finally decided to remake the games and release them in the west. With the first two games in the series already out, the third one, however, seeks to set the bar high amongst the others with its visual overhaul, newly remade soundtrack, with overall more content than the original.

Trials of Mana is set in a high fantasy world and follows three central heroes as they attempt to claim the legendary Sword of Mana and prevent the Benevodons; powerful magical creatures that were sealed years before, from being unleashed and destroying the world. 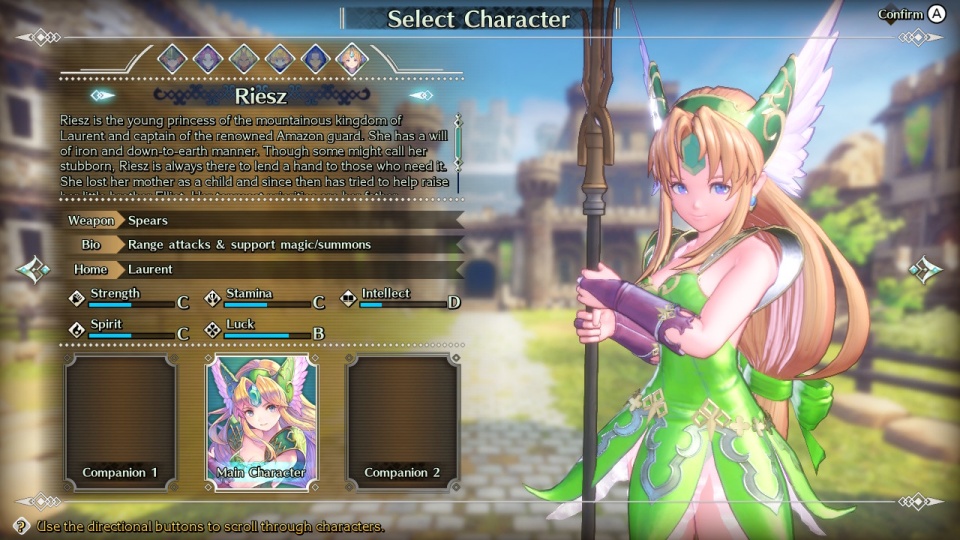 The game starts you off with selecting three of the six available characters in the game. Specifically, a primary character and two secondary characters. What team you choose depends on how your story will start, as with every character you choose in each playthrough, the story will play out a little differently as well. Each character has their own motivations and goals, and they each also play differently with their own respective classes, moves, and type of weapons.

Once you pick your desired character and go through their story, you’ll move on to the first town where you’ll eventually meet your two secondary characters and form a full team. A good thing about this system is how it allows you to play through the memories of your secondary characters as a recap of sorts to know how they got there and what their motivation is. These sections are pretty short but are long enough to flesh out the character’s story. 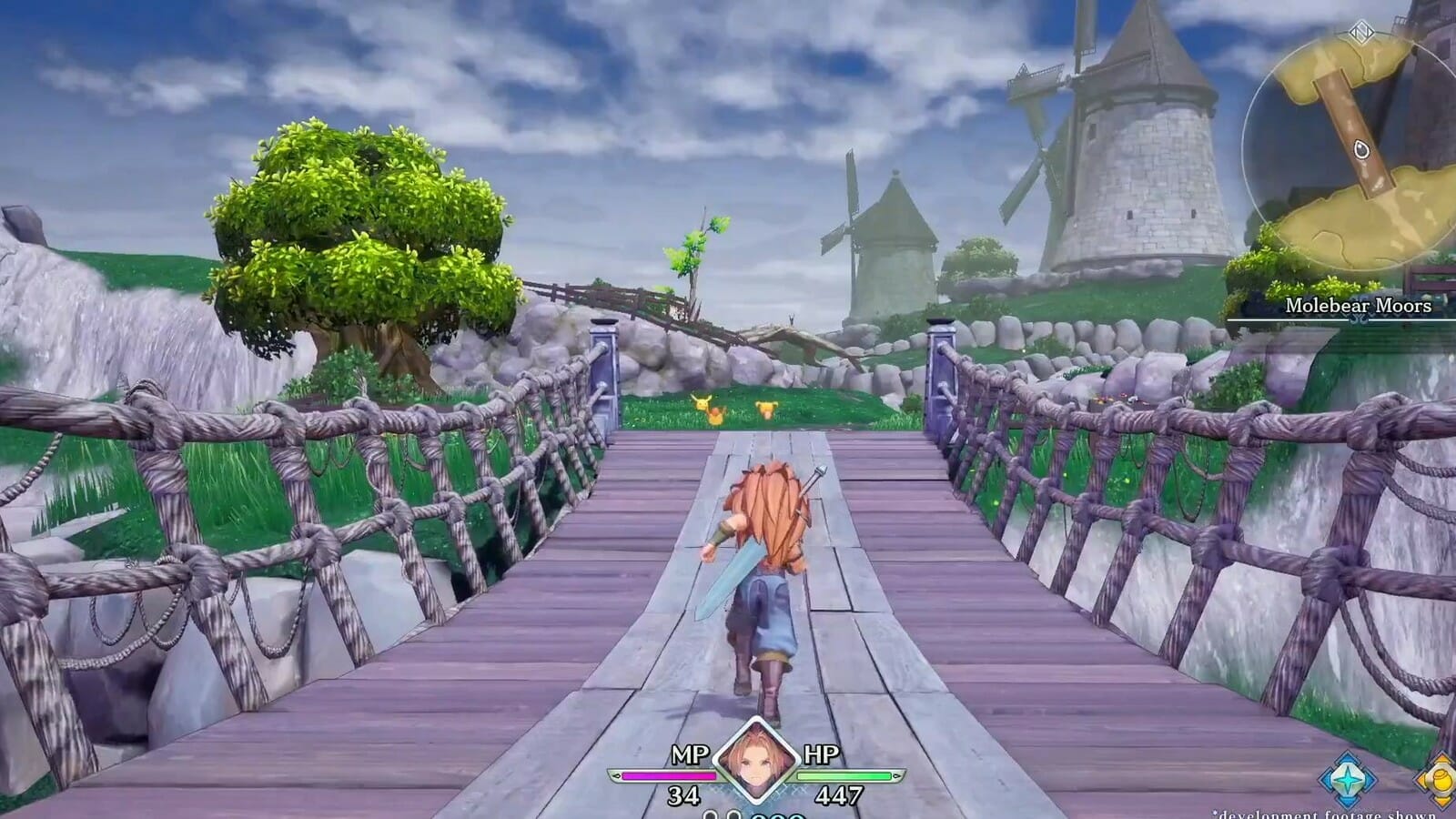 Playing through the game, you’ll also run into the three other characters, but they won’t at any point, join your party. This narrative design is quite interesting and makes things simplified while adding some replay value as well.

One of the first things you’ll notice when playing Trials of Mana is how the game slaps you in the face with its newly remade visuals. The environments are colorful, vibrant. Its welcoming yet almost blinding. The menus are beautiful, well detailed, and easy to navigate, as well as not being too complicated or overwhelming. The game also includes a day and night cycle, whereby each day favorably affects a specific type of magic you can use.

Other than the amazing 3D visuals, the music also complements the retro JRPG feel reminiscent of the original games. You can also switch between the original and remade soundtrack in the settings, which I appreciated.

Gameplay-wise, the game plays incredibly well. While most JRPGs will have you use turn-based combat, The Trials of Mana series uses real-time action with simplistic yet flashy combos and moves, so you won’t have to go into multiple menus for each and everything you do. The combat is fast and responsive while also being easy to keep up with.

Another thing about combat is its simplification, sure it lacks a bit of depth, but its combat system does its job well enough. As you walk around the forests of the game, you’ll come across multiple varied enemies. On the PS4, you can start combat with them by either pressing the circle button for weak attacks or the triangle button for strong attacks. You can also dodge enemy strikes with the square button.

I also enjoyed using the new dedicated jump button (X), which can be used to transverse some parts of the levels to attain some items and treasures. It’s also as useful in traversal as it is in combat, letting you jump attack enemies in the sky. Then we have the L1 and R1 buttons. The former of which gives you quick access to items in combat, and the latter can be used to activate special attacks.

As a testament to the fast paced combat, you can quickly switch between characters at any time during combat, which helps a lot when dealing with certain types of enemies. Once you’ve gone far enough in the game, you’ll also be presented an opportunity to change classes, which will make your character stronger and grants you access to light and dark paths that have their own unique skills and moves.

While Trials of Mana is generally fun to play through, it still has its fair share of flaws. The first being the slow movement and lack of emotions on the characters faces during cut scenes, the voice acting also has its fair share of cringey moments. Then there’s also how the world feels incredibly hollow with very little to do outside combat. The game is also plagued with a lot of load screens, which can get quite frustrating with time. 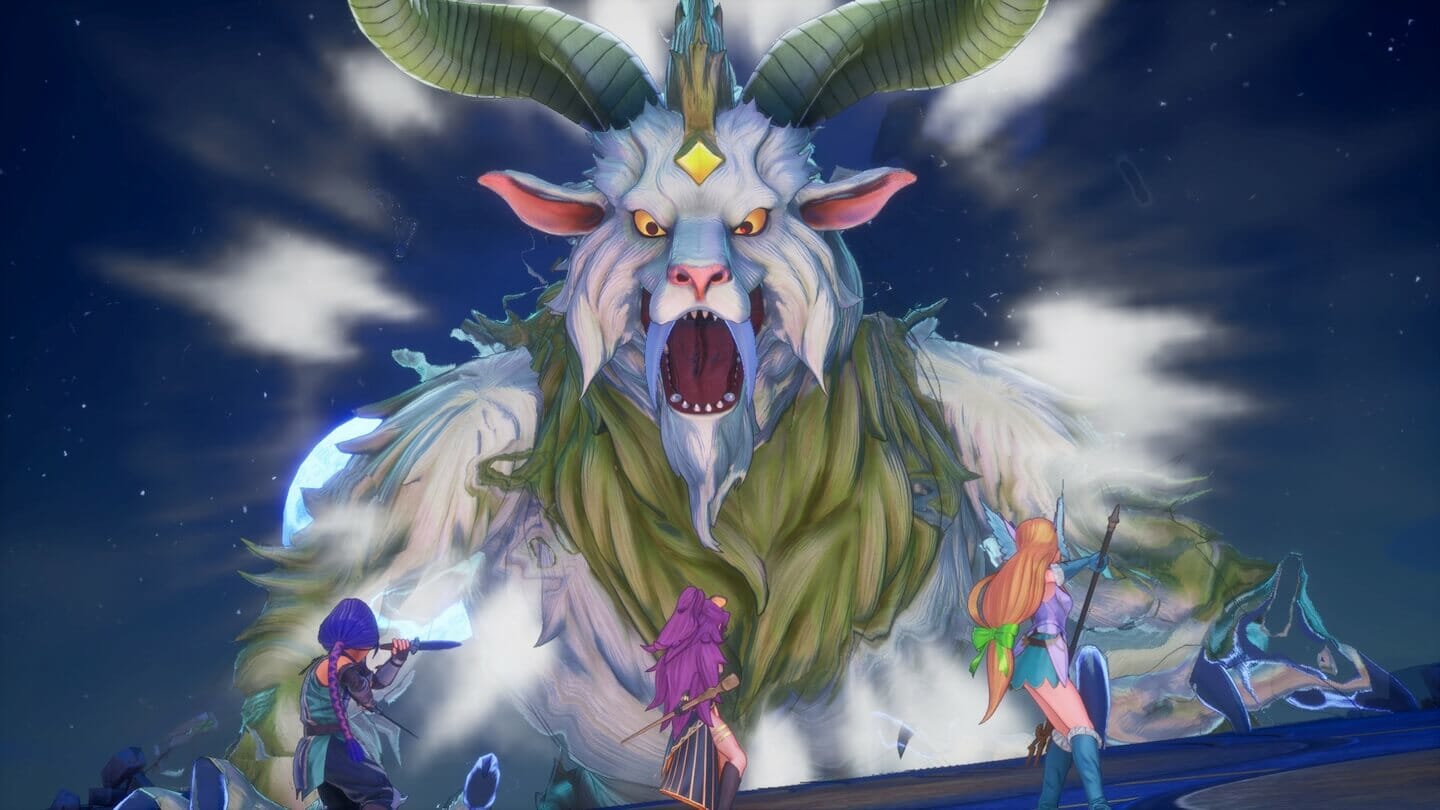 Overall though, Trials of Mana is a visually impressive game with fun combat and engaging characters. It’s also a game I would definitely recommend to fans of the series or any JRPG fans out there as it’s a solid remake that offers players a better way to play the original game.

Have you played Trials of Mana? Are you interested in it? Let us know your thoughts in the comments section below.

Trials of Mana is a visually impressive game with fun combat and engaging characters. It’s a game I would definitely recommend to fans of the series or any JRPG fans out there as it’s a solid remake that offers players a better way to play the original game.