When The Past Was Around Review

A life story of letting go with a beautifully crafted soundtrack!

When The Past Was Around DEALS

Anyone who hangs out in the game industry and who writes, whether for passion or for work, knows that assigning a score to a game can be damn difficult. In reality, it is often also and above all difficult to talk about a video game. And it doesn’t happen only with the biggest titles that have the most media attention. Often, it is also difficult to talk about video games that hide in the shadows. There are titles, for example, like Gris, which narrates a common experience sublimely. There are also titles like Mojiken’s When The Past Was Around, which tries to do the same in another light. Here is my When The Past Was Around review on Nintendo Switch.

When The Past Was Around was developed by Mojiken and published by Toge Productions. This is a point and click adventure recently released on PlayStation 4, Xbox One, Nintendo Switch, Mac, and PC. The game intrigued me since the first presentation trailer release a while ago. This is a title that has the sole and simple purpose of telling a story, albeit in a cryptic and not concrete way. The game wants to leave as a message and that, to do so, does not use any type of words. Here the music does the talking. 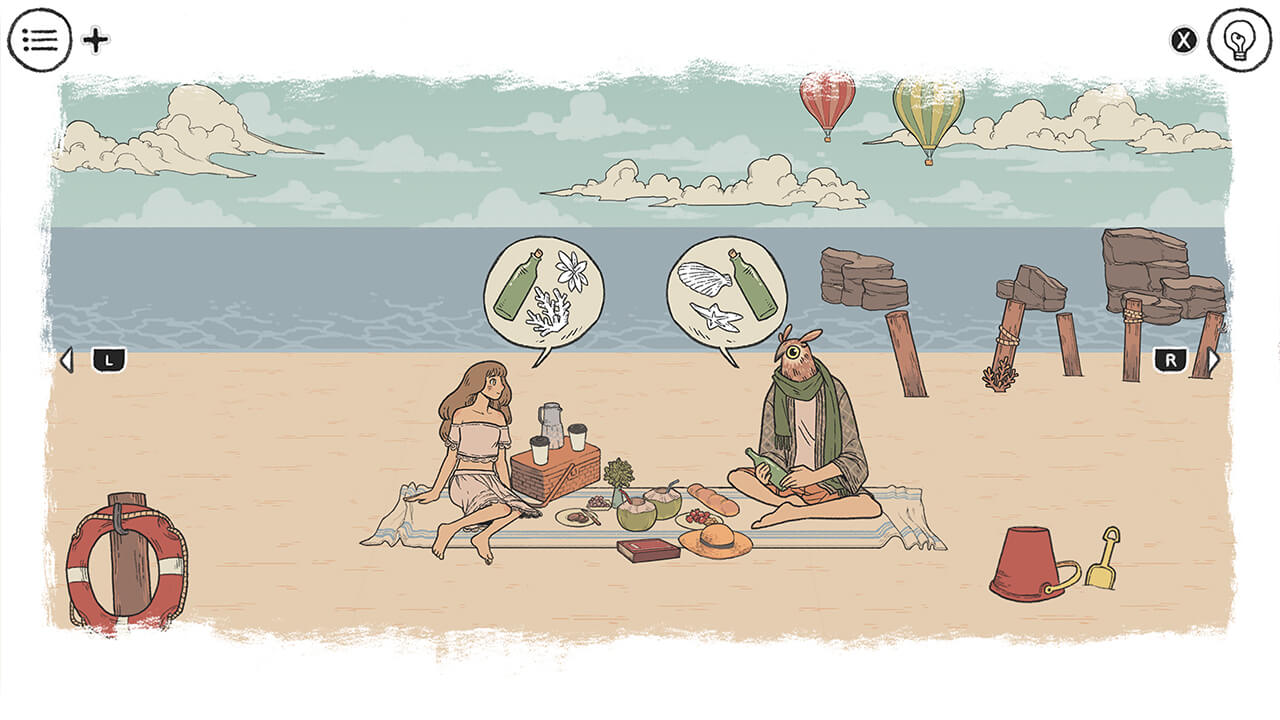 Eda is your protagonist. She is a sweet and pretty girl. Eda is also a violinist, dedicated to art and its expression as music. Eda has always played, either because her parents pushed her, or because she is truly passionate. Over time, however, the fire of the violin went out and the young girl found herself without inspiration, without desire. That is, at least, until she met another young owl-headed violinist.

I do not know if the guys from Mojiken represented him like this to make everything more dreamlike or, simply, not to give the boy a real semblance. Their story is therefore born in this way and develops in unexpected ways. However, there are a lot of telephone calls from the first bars of the game.

It is easy to understand where the studio wants to go with When The Past Was Around, but it still hurts to get to the end within those two hours. The story of Eda and The Owl is not a cheerful story, but it is a life story. One like many others, as it could happen to any of us. In fact, we are too often busy and forget that life could take completely unexpected roads and directions. 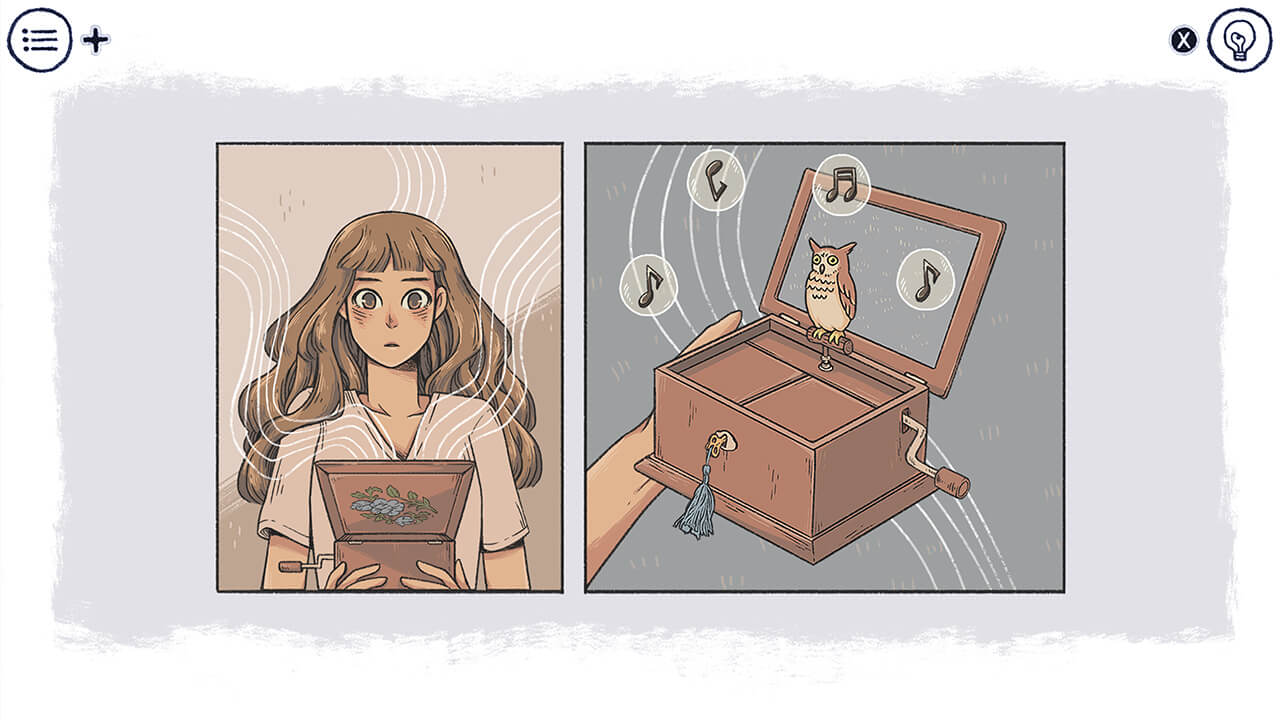 Eda found herself, in a short period of time, having to recompose her own existence, putting aside everything she knew. The major theme of When The Past Was Around is exactly this: learning to let go! Letting go of people, situations, lifestyles, and emotions. This all may seem stainless over time, but which instead leaves bittersweet memories in a corner of our memory. Memories that we can call back whenever we want, of course, but which undoubtedly are no longer part of our daily life.

Mojiken’s When The Past Was Around is, as I said at the beginning, a point and click graphic adventure. The gameplay will only last a maximum of at least two hours. However, this varies according to your ability to solve puzzles. Unlike the classics of the genre, Eda will not move within the scenarios. You will need to solve the puzzles, and by doing this, it will allow her to continue to the next environment.

As for the puzzles, I did not find particular difficulty in solving them. Take note that you can solve them with simple intuition. There was only one scenario where I had to go back and forth in the various rooms in search of the missing prompt. You will have to sharpen your eyes or wits slightly, depending on the case. A minor flaw is the accuracy of the hotspots to interact with, which are often poorly defined. This was especially noticeable in the portable mode on Nintendo Switch.

With the Nintendo Switch, you can use the console’s touchscreen to enter commands. At the bottom of the screen you will find Eda’s inventory. Here you will collect the objects necessary to complete the puzzles. At anytime, you can recall these objects at whatever room you find yourself in. You can even use them several times. Simple and intuitive, the puzzles gradually diminish a bit of brilliance in the last stages of the game. They turn out to be, sometimes, a bit too repetitive and uninteresting. 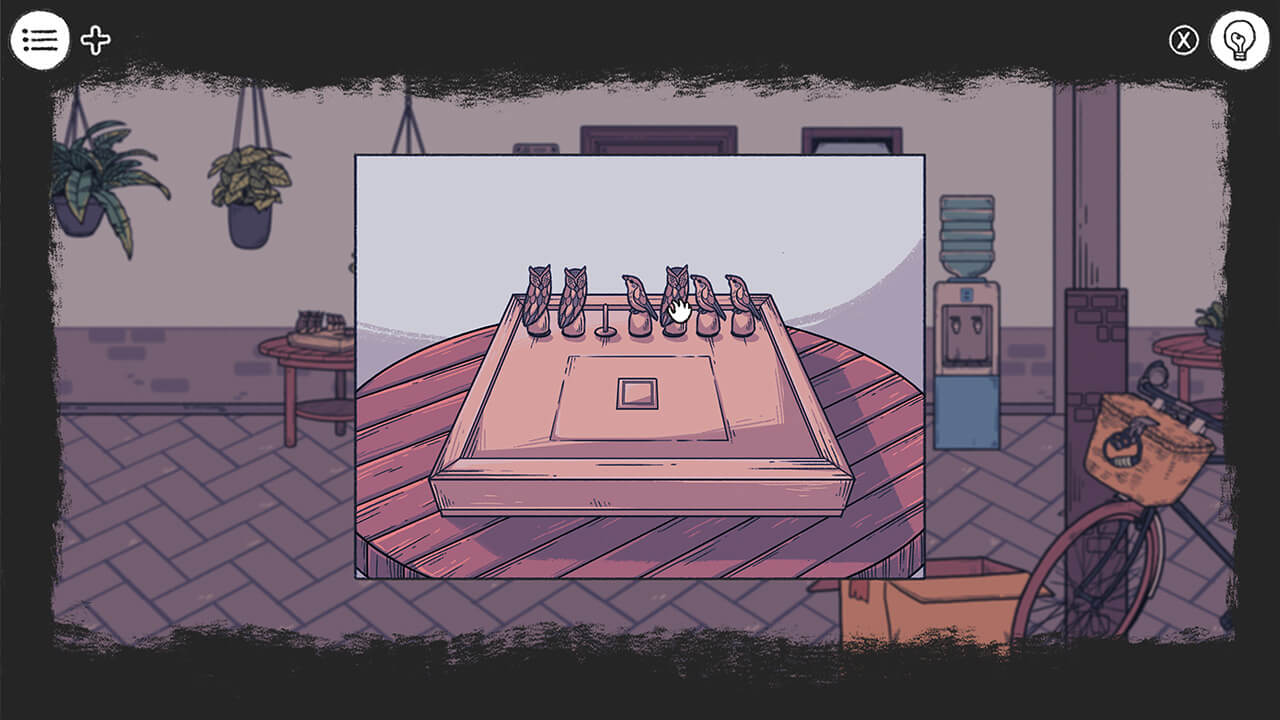 What is striking about When The Past Was Around is certainly the technical sector. Mojiken’s title is completely hand drawn from the first scene to the last, with a soft and warm color palette. The colors almost feel like the protagonists of the title. It marks every moment in the history of Eda and the Owl with ever-different shades based on the moment they are experiencing.

Bright and summer colors represent JOY. However, suffering will make them sink into the darkest abyss of the sea. This all is a proper feast for the eyes. At the end of the two hours, the game left me with the desire to see all those scenes again. Another strong point and backbone of Mojiken’s production is, of course, the soundtrack. The soundtrack is the beating heart of When The Past Was Around.

Everything starts and ends with the music. The pieces are almost entirely played on the violin. The violin is the symbol of the love between Eda and the Owl. The developers precisely knew how to accompany every scene, every moment, every joy, and every pain with wisdom, sweetness, and love. It is difficult to explain in words the sensations and thrills that every single note has left me with. 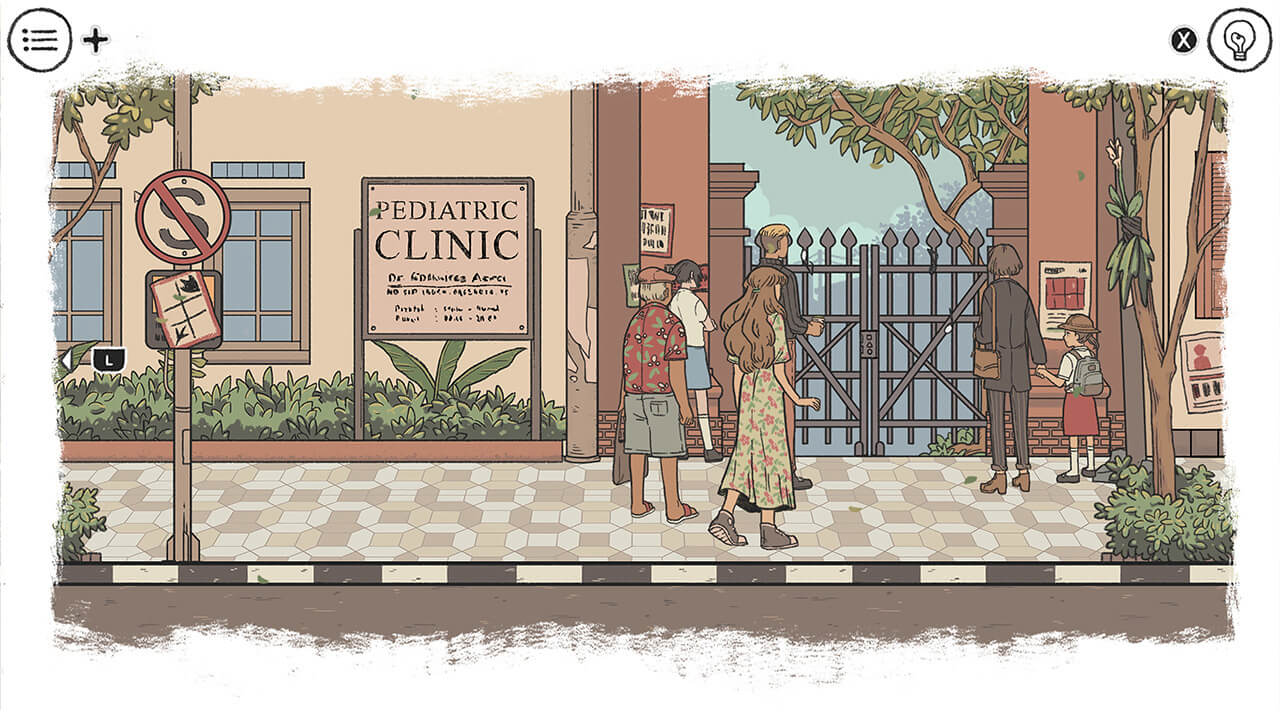 Do you want to try Mojiken’s When The Past Was Around? What do you think of my When The Past Was Around review on Nintendo Switch? Please leave your thoughts in the comments below. Are you interested in more games? Check out our reviews for Infernal Radiation, Chronos Before The Ashes, El Hijo – A Wild West Tale, Haven, and DOOM Eternal.

When The Past Was Around

Throw away the idea that a short-lived title must necessarily be insufficient. It is not fair to rate a video game by the mere number that appears in your save file. This is an experience, albeit brief, that knows how to tell a story with skill and sweetness!

When The Past Was Around DEALS