A miniaturized world in your hands that I never thought you could explore in this way!

On March 20, DOOM Eternal appeared on the PlayStation 4, Xbox One, and PC stores for the very first time. Immediately, both the public and the critics welcomed this title with open arms. I also appreciated the new masterpiece from id Software. The process of porting the game to the Nintendo Switch was much more inconvenient. However, after various postponements, the game arrived on December 8. After almost 9 more months of development, were the developers able to make it playable on the Nintendo platform? Here is my DOOM Eternal review on Nintendo Switch.

I’ll be honest, I never expected to be able to play this title on Nintendo Switch. The motivation was obviously not purely dictated by the size of the game itself, but by the lack of power of the console compared to those of the competition. After all, it is very well known that the Nintendo Switch is not a monster of power, but of engineering and optimization.

The various postponements of the release and the lack of a physical version because of the “weight” of the title have further thickened this haze that had been created over the last few months. Yet, here I am writing the Doom Eternal review for Nintendo Switch! Initially, I didn’t believe it either and with a skepticism raised to the nth degree, I started playing the game.

After the first stages of the tutorial, I found a “miniaturized” world in my hands that I never thought I could explore in this way. Although I’ve seen and played it before on the PlayStation 4, finding it on such a small screen still affected me differently in the long run. Take note that most of the time I played it in a portable version, you’ll understand why later.

Blasting demons, performing epic kills, jumping, and flying here and there even while lying comfortably on a bed, left me with a weird and confused aftertaste. Certainly, my expectations were completely reversed in the positive. Although, in some ways DOOM Eternal turned out to be what I expected. 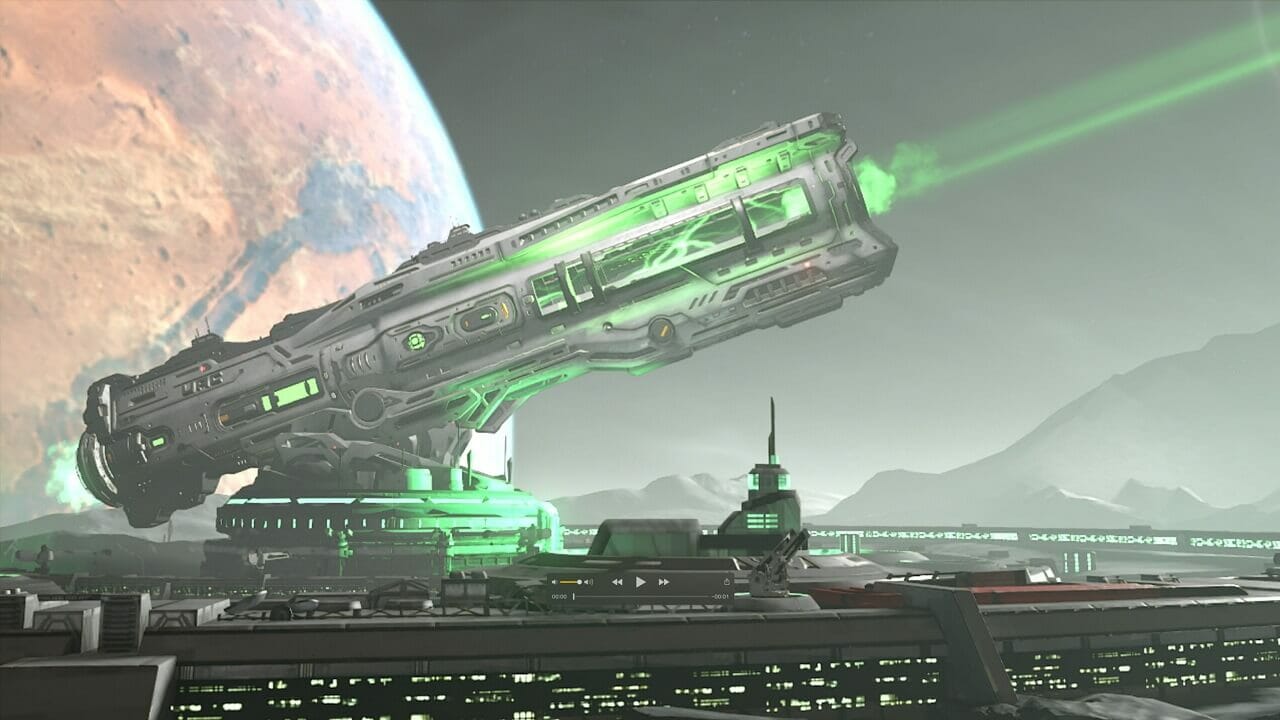 As mentioned earlier, I cannot compare a Nintendo Switch, in terms of power, to a PlayStation 4 or an Xbox One. This is also the primary reason why a lot of games don’t get carried to this platform. To play decently it therefore takes a truly impeccable optimization. Often developers have to make great sacrifices in terms of the overall graphics.

If one of these were to be missing, you would face catastrophes like the ports of Blair Witch and The Outer Worlds. Fortunately for us, the developers at id Software were absolutely flawless in these respects. They have in fact achieved a small miracle. With this they are allowing all Nintendo Switch users to be able to play a truly intriguing title. It will feel like if you were playing on a better performing console, at least in terms of fluidity.

In fact, during the entire experience I have never had any performance drops whatsoever. The initial skepticism gradually turned into amazement, to the point of leaving me totally speechless. During the most agitated phases of the game, with hordes and hordes of demons constantly trying to kill you, the console never suffered and guaranteed a very fluid experience. 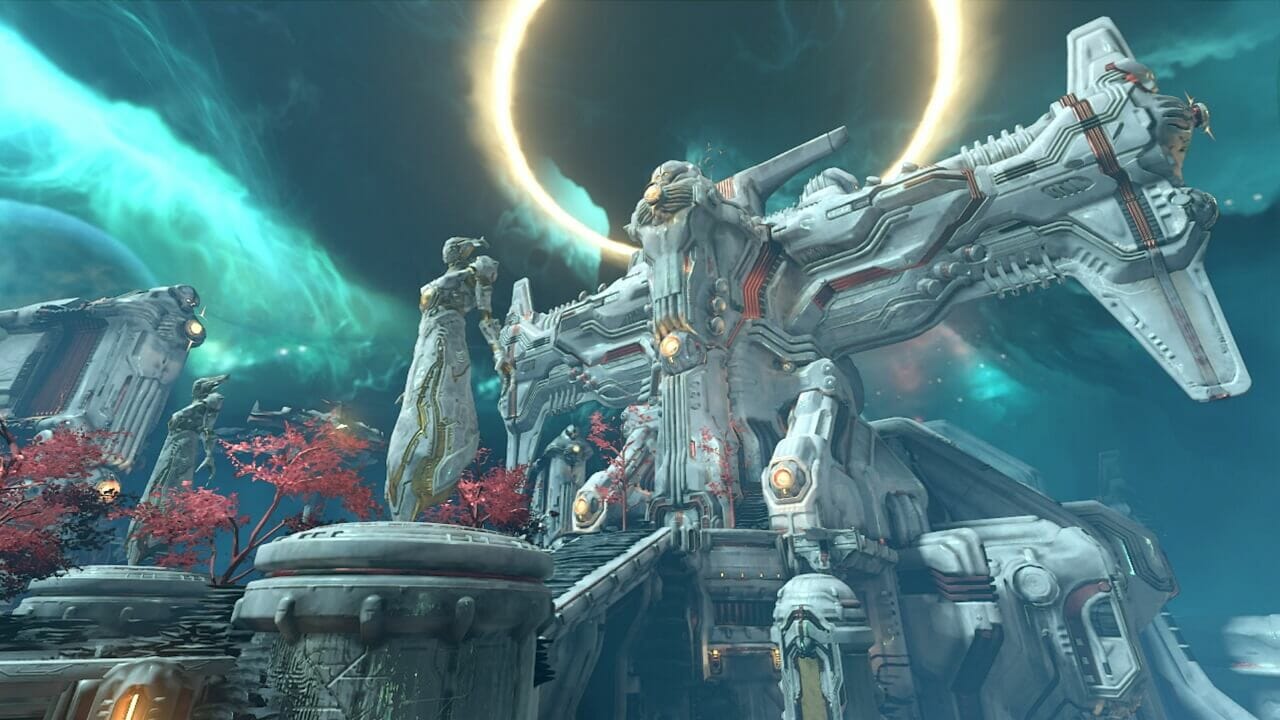 Obviously, as mentioned above, maintaining optimal performance for the duration of the adventure requires a fairly substantial sacrifice. In this case, of course, id Software decided to sacrifice the graphics of the game. The visual depth above all suffered from this crucial choice, greatly emphasizing all the shortcomings of this platform.

Take note that at a long distance the graphics will make your eyes “bleed”. However, close up you can see almost the same details that characterized the game on other platforms. In short, the game is not exactly the best in terms of graphic rendering over long distances. But, close up there are almost no differences at all. Obviously, on the console screen these details are not very visible thanks above all to the small size of the latter.

A very different experience occurs, on the other hand, when you connect the Nintendo Switch to your TV. As the image is much larger when playing on your TV, the graphic flaws literally pop up like dolphins out of the water. A further slight problem related to portability concerns the in-game menus.

Take note that there are no problems regarding this on the TV. However, reading the various game menus on the console screen can be a somewhat gruelling experience. The texts in fact turn out to be really small and difficult to read in the long run. In short, from this point of view I can truly say that the developers could have added that bit of extra touch. It would have made the overall feel of the game much better. 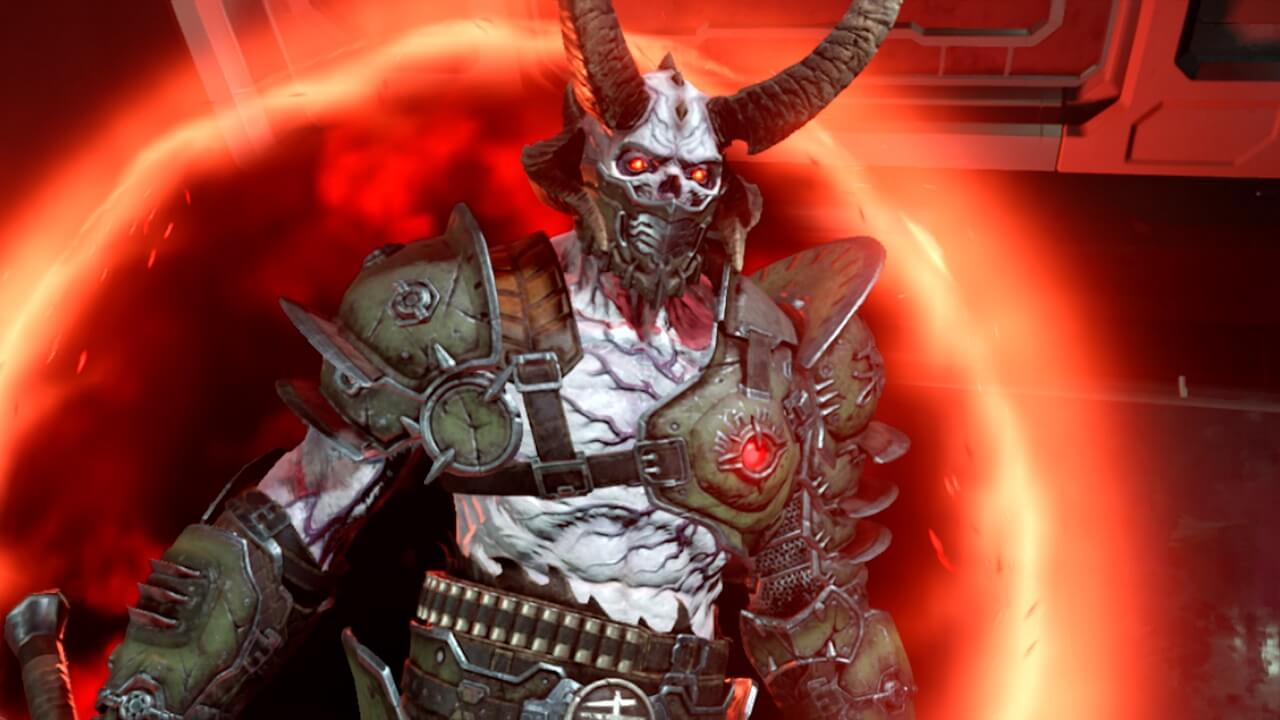 I have finally reached the end of this DOOM Eternal review on Nintendo Switch. At this point a very serious question arises. Was it really necessary to port this game that would so clearly undermine a finally renewed graphics? Obviously, if you are a lover of every visual detail, the answer to this question is no.

However, an example of optimization of this magnitude certainly deserves an opportunity in my books. Certainly, you will not be able to enjoy the stupendous views that have characterized DOOM Eternal and that have been the backdrop to the various frenetic fights. However, you can face the latter in complete coolness, focusing on the various demons that will attack you.

Never will you have to fear of having a drop in performance, even in the most challenging ones that will put you against hordes and hordes of enemies. Being able to have such a high quality of gameplay on a console that is not exactly great performance wise is really no small feat. 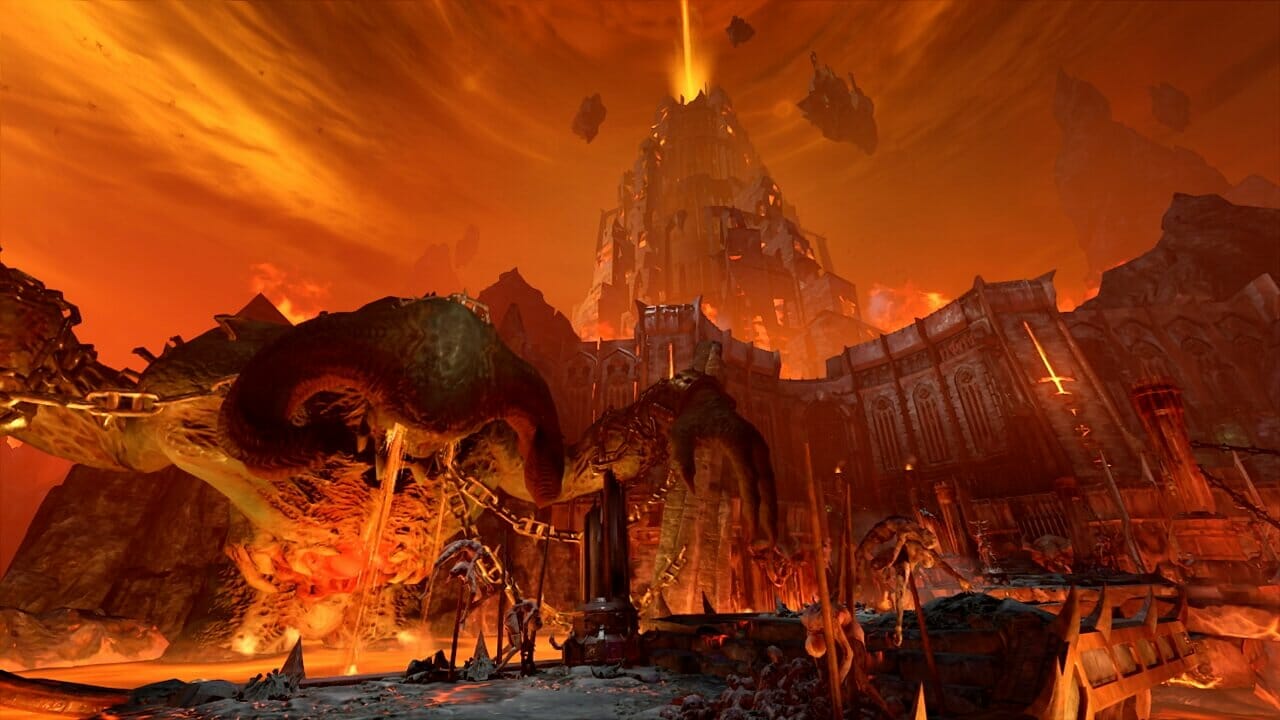 Do you want to try id Software’s DOOM Eternal? What do you think of my DOOM Eternal review on Nintendo Switch? Please leave your thoughts in the comments below. Are you interested in more games? Check out our reviews for Super Meat Boy Forever, Gears 5: Hivebusters, Immortals Fenyx Rising, Godfall, Fallout 76 Steel Dawn, and Empire of Sin.

In short, the developers at id Software have managed to perform a real miracle, despite the weakened graphics, to bring a game of this tonnage on a console that is not exactly up to par. So, if you're wondering if this game on the Nintendo Switch is worth buying, then the answer is an absolute yes!

Cyberpunk 2077 PC Review – A Diamond In The Rough