A Zelda-like experience with Prometheus and Zeus!

Gaming is now a market in which being able to make one’s identity stand out has become somewhat difficult. There are few AAA or Indie titles that are recognized as innovative and with their own personality. Ubisoft is a company that, by now, it is known, has certain trademarks that appear in all the titles they develop. However, what happens if these trademarks are added to those of other great video games? Well, Immortals Fenyx Rising was born. A pleasant title, not because of the novelties offered, but because it takes many working mechanics. Although it was designed for the last generation, at the dawn of the next-gen, is this title fully enjoyable even on the tablet of the great N? Here is my Immortals Fenyx Rising review on Nintendo Switch! 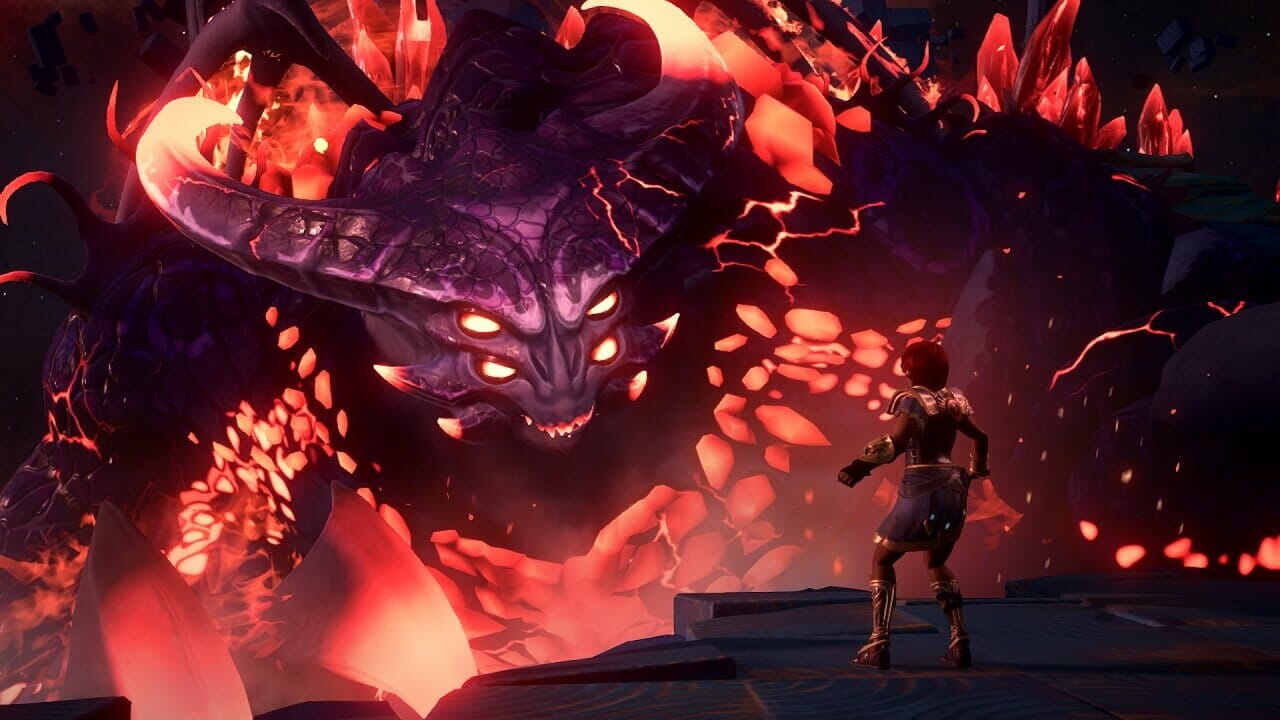 Take note that the initial name of Immortals Fenyx Rising was actually Gods & Monsters. What surprised me right away was the storytelling technique that Ubisoft used. To describe the events, there will in fact be a chained Prometheus (as Greek Mythology teaches) and an irreverent Zeus, curious to know the details of all the events that took place.

Put simply, you will play as Fenyx, a warrior tasked with eliminating a greater evil. And yes, even here, there is a character creation section. Through the latter you will be able to determine the gender of your protagonist, as well as some other details such as the hair and the type of beard.

Having dictated the aesthetics of Fenyx, you will be shipwrecked on the island starting the prologue and soon discovering that the components of your ship have been transformed into stone. The latter reason, but above all the disappearance of the brother, are the starting point of a plot that, although simple, turns out to be an excellent background to the gameplay. The characters enjoy an eccentric, and sometimes extreme characterization, aimed at emphasizing their own personality.

Although the narrative is led by Zeus and Prometheus, there will be many characters who will accompany Fenyx to carry out their deeds, each with their own strengths and defects. Essentially, Immortals Fenyx Rising takes the Gods of Greek Mythology and turns them into comic actors. I really liked this, after removing some slightly embarrassing lines of dialogue! 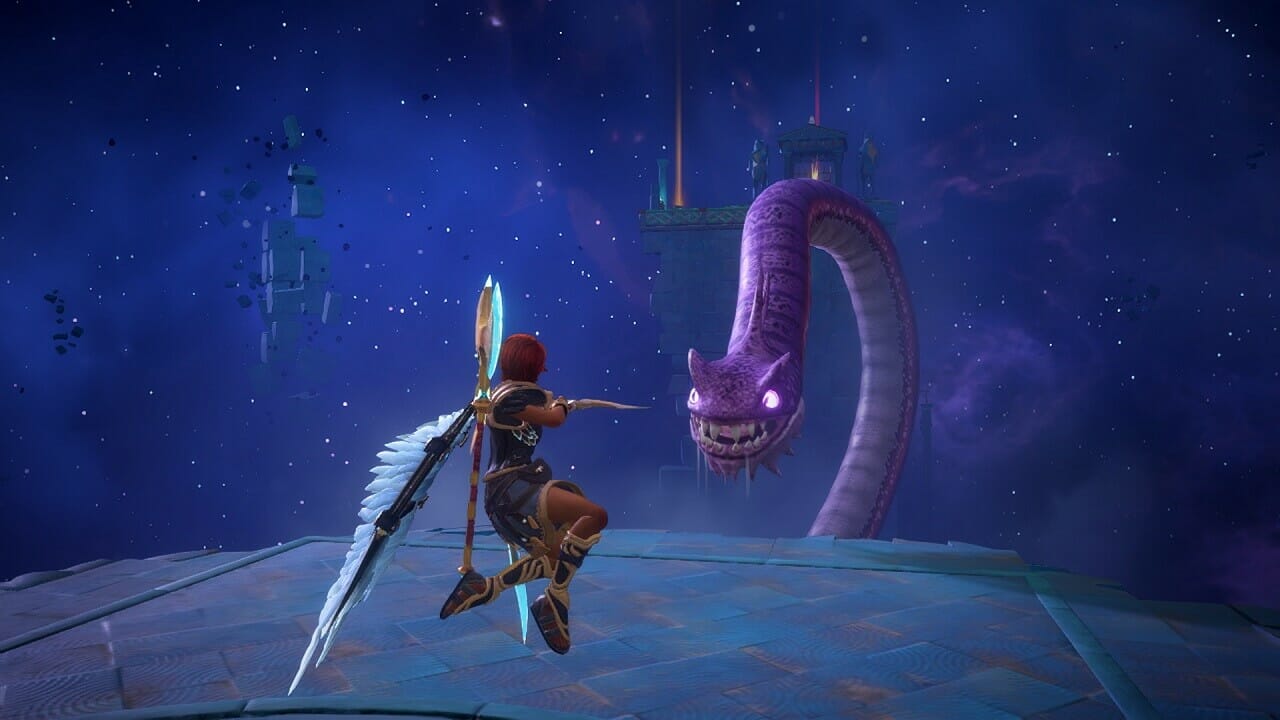 If you have seen at least one gameplay of the title, you probably thought it looked familiar. I am obviously talking about the similarity to The Legend of Zelda: Breath of the Wild. Starting with no prejudice, once I landed on the shores of the Golden Isle, I saw how Immortals Fenyx Rising really took so much from the 2017 adventure set in the kingdom of Hyrule.

I am not only talking about the possibility of climbing steep walls, but about various mechanics present in Zelda. Obviously, I am aware that it was not Breath of the Wild that introduced these possibilities into the gaming world, but given the similarity between the two video games, it seems clear to me that Ubisoft has drawn from it.

With this I do not want to criticize them too much, however there is a lack of a more marked personality regarding the gameplay which presents itself as a substitute for various other titles. A substitute, however, well done! Speaking of gameplay, the game is enjoyable, with a lively and immediate combat system, long-lived but simple puzzles, and many possibilities to enhance your protagonist.

Ubisoft based the combat system on the pressure of two keys: one for the light attack and one for the heavy attack. While the latter is aimed at carrying out large but equally slow damage, the light one allows you to deliver faster blows. There is also no shortage of combos as you have the ability to parry and dodge.

Just dodging will decrease Fenyx’s stamina which, together with the health bar, represents the two essential parameters to monitor in the HUD. You can increase the two bars with the discovery of certain materials present both around the game map and in the Vaults of Tartaros. These are areas where you will find various puzzles that are also very similar to the Shrines present in Zelda.

When you have the necessary materials, you will not have to upgrade every single weapon and armor, but you will have a general improvement of everything you have. Besides the two principal weapons, you will have other ways of attacking enemies through various objects that you will get during your adventure, which will also be used to complete the puzzles. You will be able to move objects and place them on any platforms, shoot remote-controlled arrows, and much more! 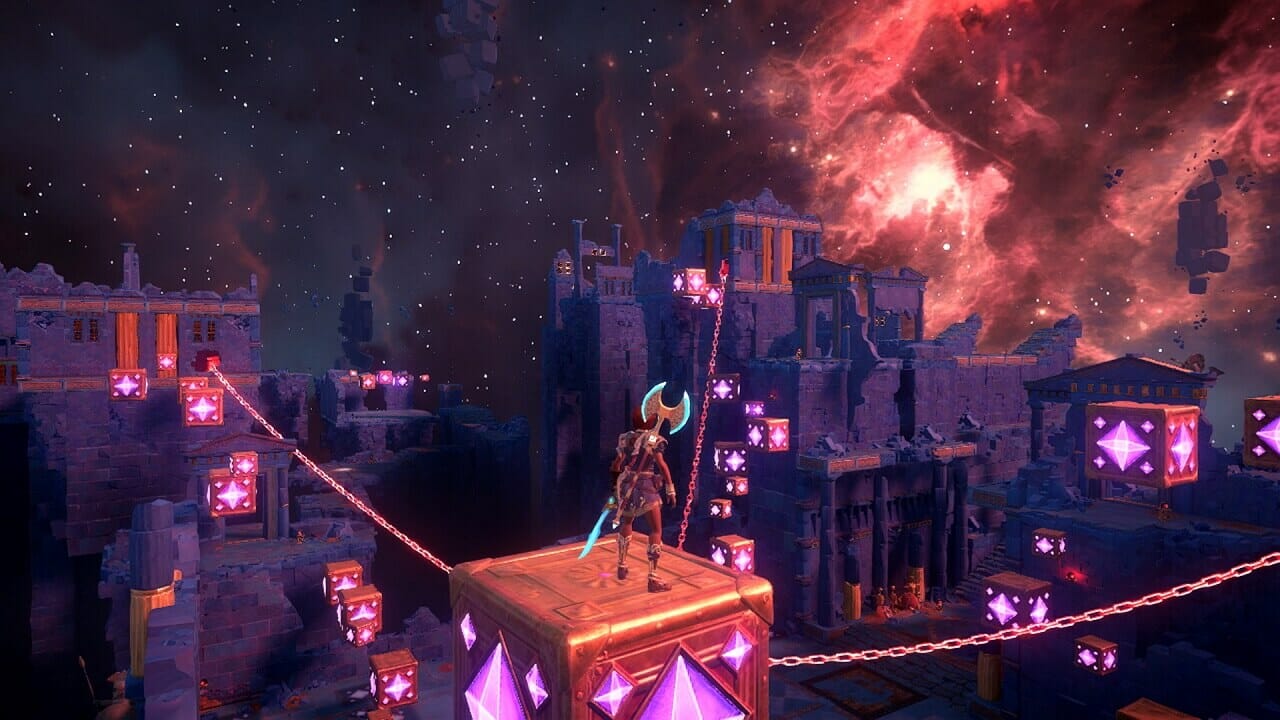 NOT MEANT FOR PORTABLE PLAY

Does Ubisoft’s Immortals Fenyx Rising make sense on the Nintendo Switch? I don’t think so, but lower your pitchforks! Although the game tries to find an identity, there are too many details that unite it to Breath of the Wild. This would not be a negative opinion, if it might offer an overall performance of a higher level. By this I mean that the title is visibly not great on Nintendo Switch, with very low resolution textures and a sometimes low and irregular frame rate.

The drops in FPS are not only visibly annoying, but sometimes they cut off certain animations, making Fenyx almost teleport. This does not stop only at the playable phases, but also at the cinematics, with little detailed models and facial expressions. While in the portable version the playability is quite poor, the situation changes in Docked mode. Pad in hand, everything becomes more manageable, and I was able to better control my warrior despite the various problems.

This says a lot about what is, in my opinion, a title designed precisely not to be played in portable mode. The pro of Nintendo Switch is precisely that of being able to have fun both in portable mode and in docked mode. If a player (to have an enjoyable experience at least) must be forced not to use the console in the portable version, it seems clear that this platform is not really suitable for the title. 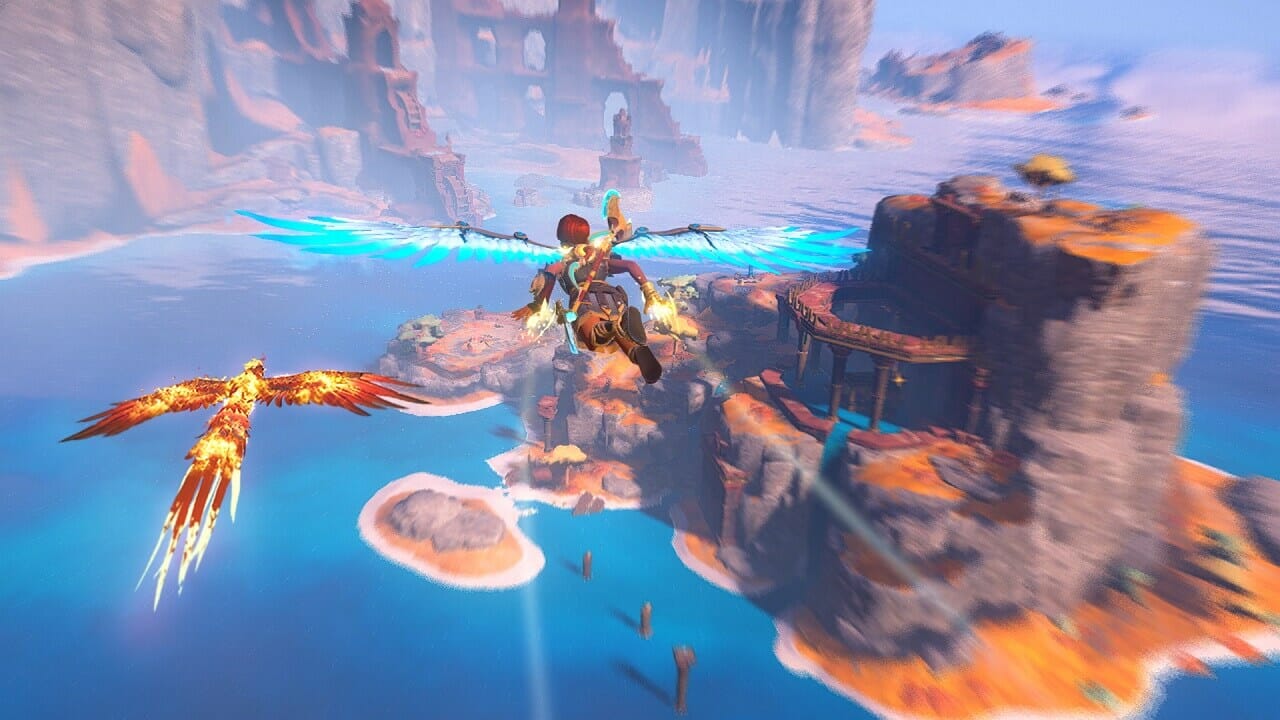 Do you want to try Ubisoft’s Immortals Fenyx Rising? What do you think of my Immortals Fenyx Rising review on Nintendo Switch? Please leave your thoughts in the comments below. Are you interested in more games? Check out our reviews for Godfall, Fallout 76 Steel Dawn, Empire of Sin, Football Manager 2021, NBA 2K21 PS5, and Hyrule Warriors: Age of Calamity.

If you think about it, tapping into a game that works so well wasn't a bad thought by Ubisoft, because Zelda is a Switch exclusive and Immortals Fenyx Rising can be played on multiple platforms. However, even though it is a Zelda experience of a certain level, on Nintendo Switch it makes little sense!

KFC Is Launching A Console – The KFConsole