KFC Is Launching A Console – The KFConsole 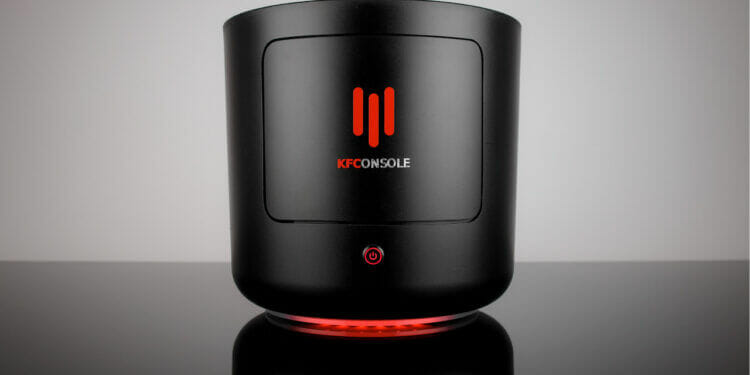 KFC might be more famous for their chicken than they are for anything related to gaming. That’s obviously about to change as KFC is launching their own console. You read that right. KFC is launching a console.

And what better name to pick than KFConsole? Kentucky Fried Console. Hopefully, it doesn’t mean the console will fry itself like a bucket of buffalo wings.

It’s not the first time a fast-food company gets into the realm of gaming. Companies like McDonalds have a long history with the medium. And who can forget Burger King’s foray into games? But this is the first time to our knowledge a fast-food giant launches an actual console.

The console, which KFC Gaming proudly states as ending the console wars, sports some impressive features. It has a chicken chamber, keeping your KFC nice and fresh for when you need it between rounds. It uses the console’s natural heat and airflow to do so.

The console has a Core i9 9th Gen CPU, dubbed the Intel Nuc 9 Extreme Compute Element. It’s designed to keep performance high and space low. Interestingly the console has swappable GPUs similar to PCs. The console has PCIe NVME storage as well as 2 1TB SSDs.

It also promises 240 FPS with up to 240Hz output. Notice the “up to” here as it will depend on the games you play as well as what GPU you have in it. It promises 4k gaming on “supported devices”, so again, your mileage may vary.

So far we haven’t had any exclusive games revealed either. So whether you’re interested in this console probably depends on how much you enjoy eating KFC while gaming. The console is made by Cooler Master, who promises a lot for it.

What do you think of the console? Let us know in the comments!