Next-gen basketball is here and proves the wait worthwhile!

Ball in hand, clock running, a few seconds to the end, two points down, you need a triple, step to the right, step back to the left, take a shot and at the end of this NBA 2K21 PlayStation 5 review, you will find out if Visual Concepts and 2K Games’ next gen title equals a buzzer beater or a mistake that will cost the entire game.

The premises with which NBA 2K21 faced the next gen were decidedly positive. The greatest risk that the PlayStation 5 version could have was that of being too similar to the PlayStation 4 version. The reality of the fact is that the next gen version is certainly much richer than before. Technically, the series also takes a significant step forward, but that, however, also carries those usual defects. The gameplay of NBA 2K21 is of a good level, and at times excellence has almost been achieved. The gameplay can adapt perfectly to your needs. Whether you only want to play with your favorite player, to organize an offensive or defensive maneuver, it does not matter, the game will provide you with all the tools to be able to play as you see fit and as you like best.

Before getting to the additional features inserted thanks to the PlayStation 5 controller, I should emphasize that the general gameplay has undergone a nice improvement, touching and changing some points that was critical in the PlayStation 4 version. Also, the possibility of organizing your actions based on the characteristics of the players are increasingly aligned with the real characteristics making the gameplay stand out.

Each player has unique movements, animations, and skills based on their actual abilities and characteristics. With Russell Westbrook you can for example penetrate with speed to finish with a dunk, taking advantage of his explosiveness and his smoother and faster animations. On the other hand, all this will not be possible with players like Patrick Beverley, for example, with whom you can instead play stronger defensively.

Visual Concepts and 2K Games placed all this in a perfect framework in which technique and gameplay merge, taking advantage of the improvements of the animations in purely playful and playable terms. Everything with your DualSense in hand will be felt more, thanks to the triggers and the haptic feedback. You will feel the weight of an opponent in defense, or in attack you will feel the fatigue with the triggers that will be harder to push. CAREER AND THE CITY

From a purely content point of view, this next-gen version of NBA 2K21 offers some interesting additions. One of the main novelties come from the “My career” mode. Here you will see your protagonists start a journey from High School all the way towards the Hall of Fame of American basketball.

Besides offering the opportunity of unlocking an additional plot possibility, and a more in-depth editor, this version of the game makes The City available to you. The City will be reachable only after having reached a certain status and a certain reputation. So, this will push you to grind a lot, or to make use of microtransactions (unfortunately always present) to enhance your player and make him able to reach the reputation required to enter the City.

Once inside, however, a whole new world opens up. You will enter by being part of an affiliation, which will also allow you to play particular matches and challenges. You will have daily challenges, events, or even real “side quests” thanks to the NPCs you will find wandering around the city.

There is a much larger number of courts to play in and shops where you can buy items related to your clothing and even skateboards, to move faster through the streets. The city, in my opinion, is an excellent novelty of the PlayStation 5 version, but not free from defects. In fact, I hope and believe that the cities of the next titles in the series will be even richer.

I will close this paragraph by also talking about the My GM mode. Here you can completely customize your experience as general manager of an NBA franchise, by inserting role elements, the possibility of playing G-League matches, and a series of very detailed analytics. This is a great way to spend your time perfecting or rebuilding a team! 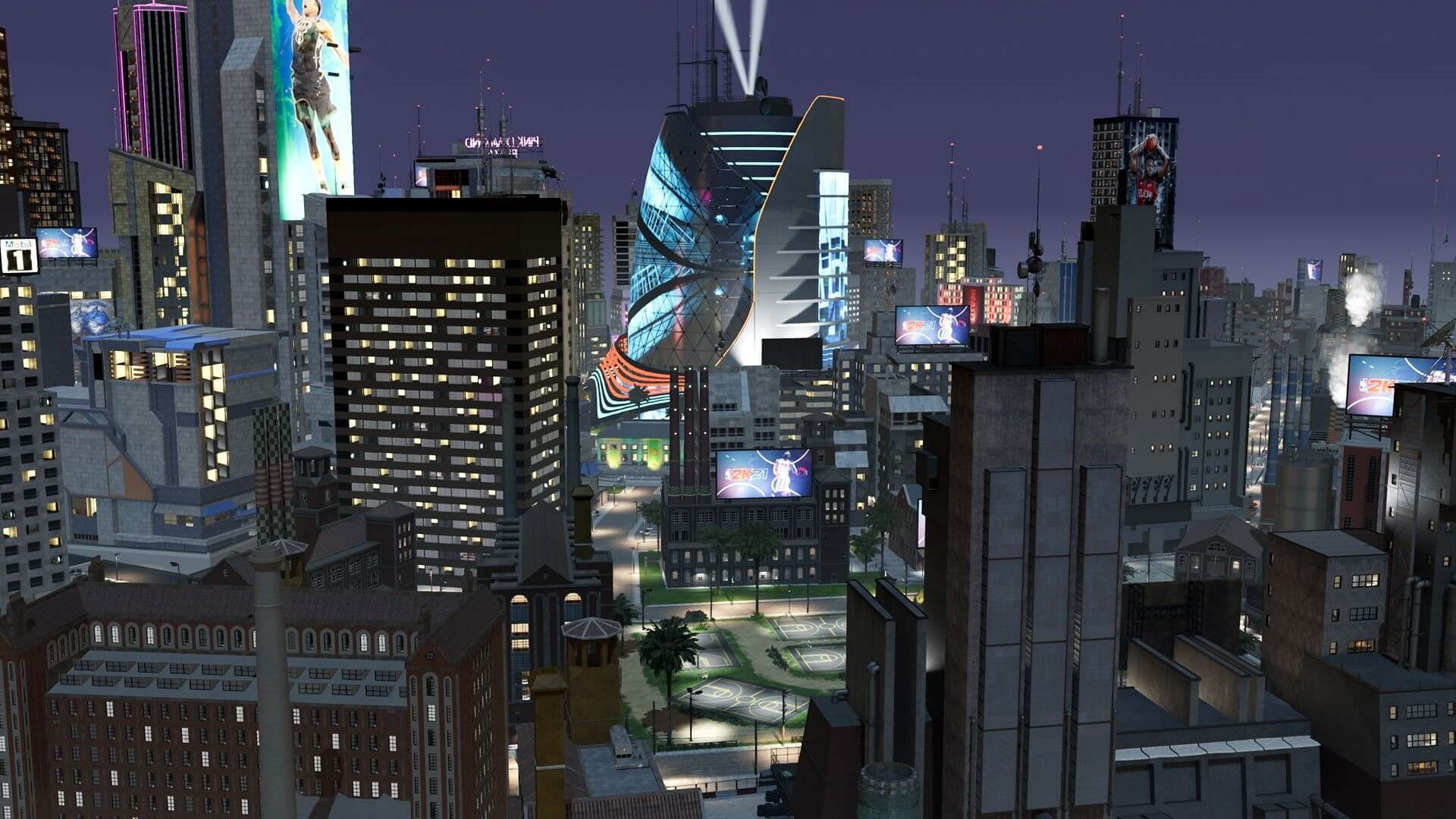 NBA 2K21 on PlayStation 5 play and feel very real! Graphically, the title has undergone a significant upgrade, also testified by the large number of GBs that it occupies on your next generation consoles. The play of lights on the parquet, the models of the players, the aforementioned animations, and all the small details notable while playing just proves what the PlayStation 5 is capable of.

Visual Concepts and 2K Games exploited the hardware of the new consoles in a great way. This is all offered by a rock solid frame rate and a very credible general fluidity. Even the audio sector remains at excellent levels, both in game and in the menu screens when it comes to the noises caused by the ball, the crowd, and the always excellent and fitting track list.

I will conclude by saying that I very much appreciated the speed in which 2K Games updated the rosters, which is difficult given the NBA market in full swing. Pending the start of the new season and also of the new uniforms, I recommend this title and invite you to try it! 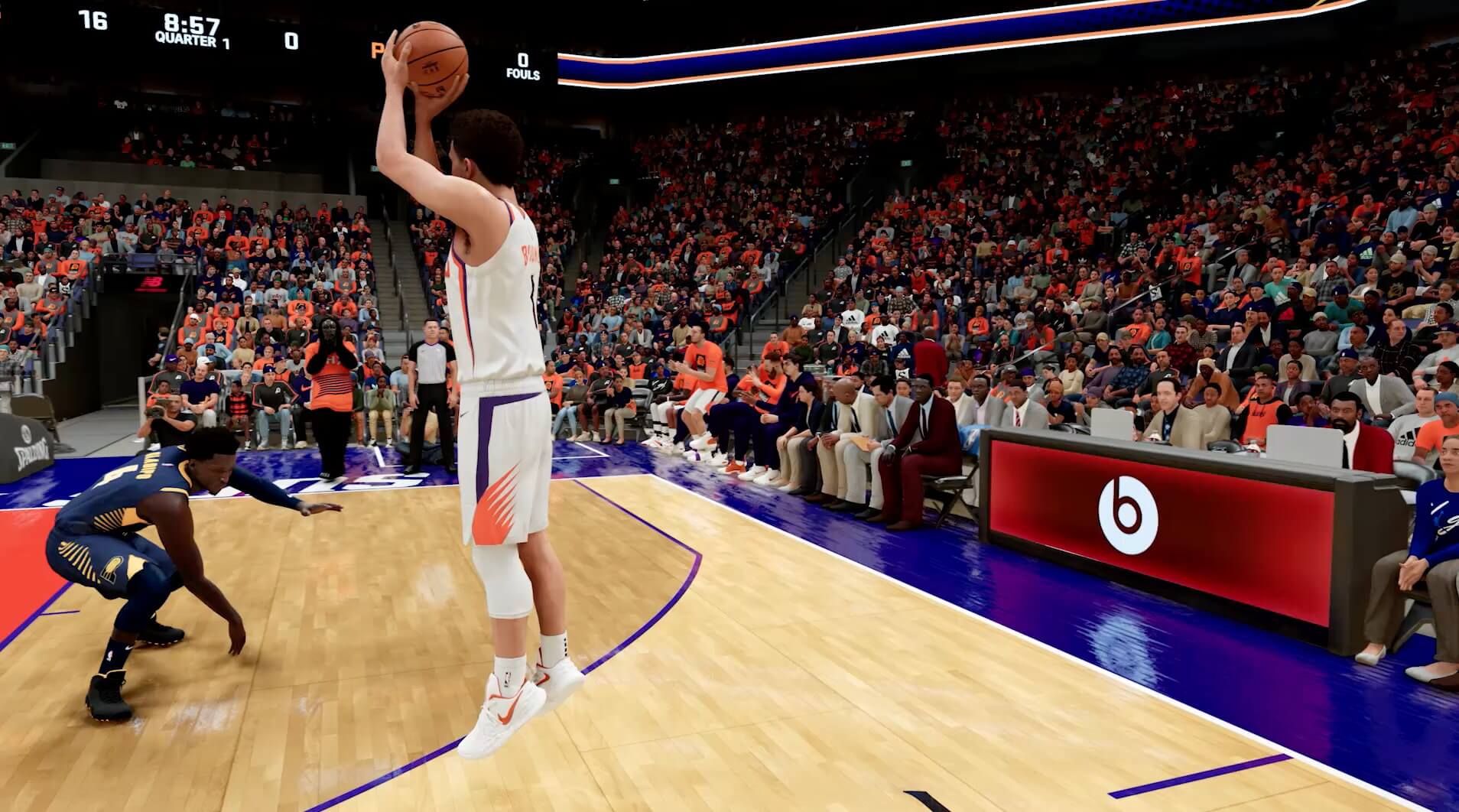 Do you want to try Visual Concepts and 2K Games’ NBA 2K21? What do you think of my NBA 2K21 review on PlayStation 5? Please leave your thoughts in the comments below. Are you interested in more games? Check out our reviews for Hyrule Warriors: Age of Calamity, Yakuza: Like a Dragon, Destiny 2: Beyond Light, and Kosmokrats.

2K Games have absolutely scored a nice buzzer beater, leading their team to victory. This is all thanks to the innovations introduced in terms of content, to the technical improvements, and also to the important improvements relating to the gameplay. This is not a perfect basketball game, but it comes very close!

Cyberpunk 2077 May Give You Epileptic Seizures

This article is very nice, give me some guidance in NBA 2k21. showing another shooting tip, which can help you play better in NBA 2k21. https://techdotmatrix.com/2021/03/t-nba-2k21-shooting-tutorial-best-shooting-tips-tricks-on-nba-2k21/