Help Meat Boy and Bandage Girl save their daughter from the evil Dr. Fetus!

Once upon a time there was a video game called Meat Boy. The protagonist was a small cubic meat bag capable of jumps and stunts on the walls. Its mother platform was Newgrounds, a huge website dedicated to uploading images, videos, and video games made in Flash. Its success was so great that Team Meat soon proceeded with the creation of a full version dedicated to the PC and Console world. Once again the title is a resounding success, also contributing to the growth of the indie world in the video game market. The minds behind this series are well known in today’s gaming world. Edmund McMillen worked on the art and level design, Tommy Refenes was in charge of coding, while Danny Baranowsky worked on the soundtracks. Here is my Super Meat Boy Forever review on Nintendo Switch.

The original game is known for its rich offering of demanding challenges. These challenges often required both the use of the brain and quick reflexes. The humor and many citations to the gaming world have done nothing but strengthen the bond with the story and characters. However, this was superficial for the purposes of gameplay.

The idea of ​​making Super Meat Boy Forever was born from the desire to create a title for the world of mobile gaming. This was an idea that then grew into a video game fully dedicated to PC and console. However, some mobile influences remained. Meat Boy now lives happily with his Bandage Girl, and they even have a little daughter. However, Dr. Fetus kidnaps her and the two parents set off on a new mad pursuit.

In the adventure you will face a series of different worlds, each with its particular power-ups and obstacles to overcome. As soon as you start the game, you will immediately notice a substantial difference from the old way of playing. Meat Boy or Bandage Girl (depending on which character you have chosen to play with) will automatically start running forward without the use of any input.

When I talked about influences from the world of mobile gaming, I was referring precisely to this characteristic. Undoubtedly, Team Meat’s Super Meat Boy Forever refers to the genre of the endless runners. However, here there is no endless path to go through. There are procedurally generated levels with a well-defined beginning and end. 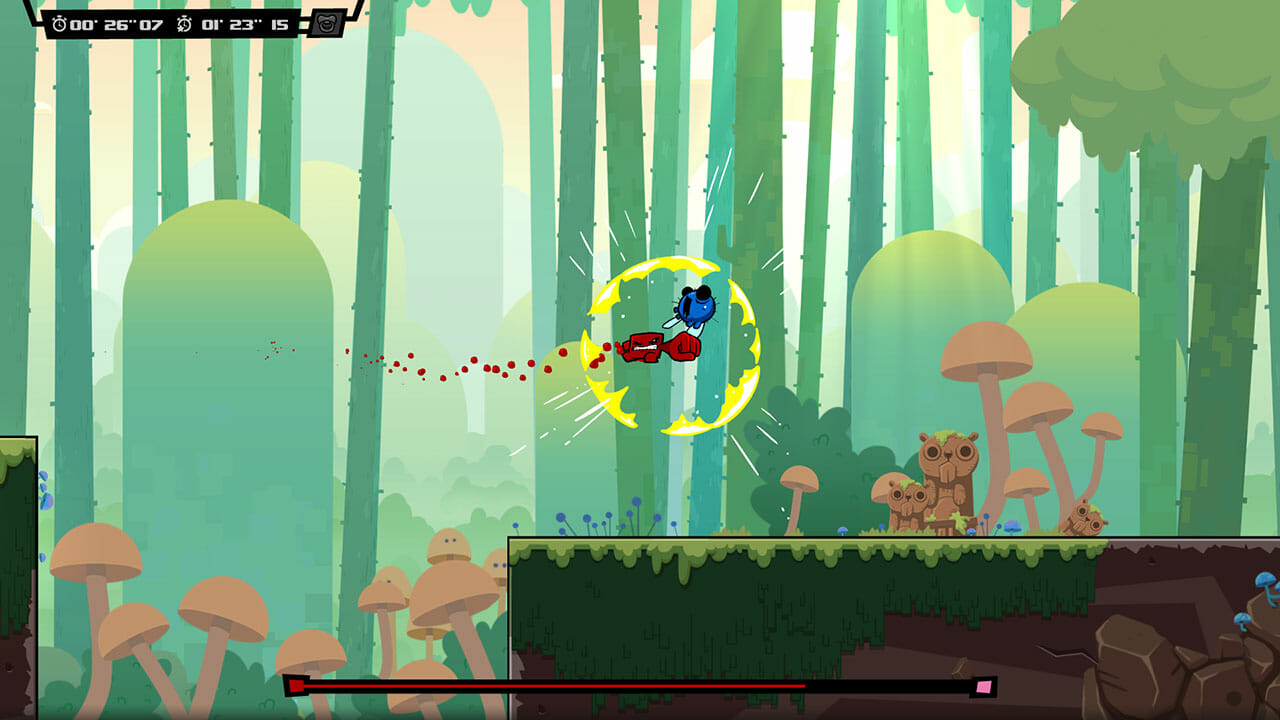 The feeling that accompanied my gameplay was that of playing a Geometry Dash without rhythmic dynamics, but with much more articulated levels. Here you also have greater freedom of movement and many power ups to diversify the worlds. However, this also brought downsides. In fact, although it is still a fun game, I can only notice some steps back from the original Super Meat Boy.

At the beginning of the level, a path will appear that you can follow. However, by jumping on the walls or meeting certain yellow triangles and power-ups, it is possible to change direction by going back. As usual, it is possible to jump and bounce off the walls, but this time also kick, punch, and slide down. By hitting enemies, you also have the opportunity to deliver a new blow that will lengthen the horizontal momentum.

There are, however, different types of power-ups. You can create paths under your feet, cross walls, change dimensions, and much more. All of which works with just the use of two buttons. Thanks to this, the game is very intuitive. Super Meat Boy Forever gives you the opportunity to face complex challenges right from the start. 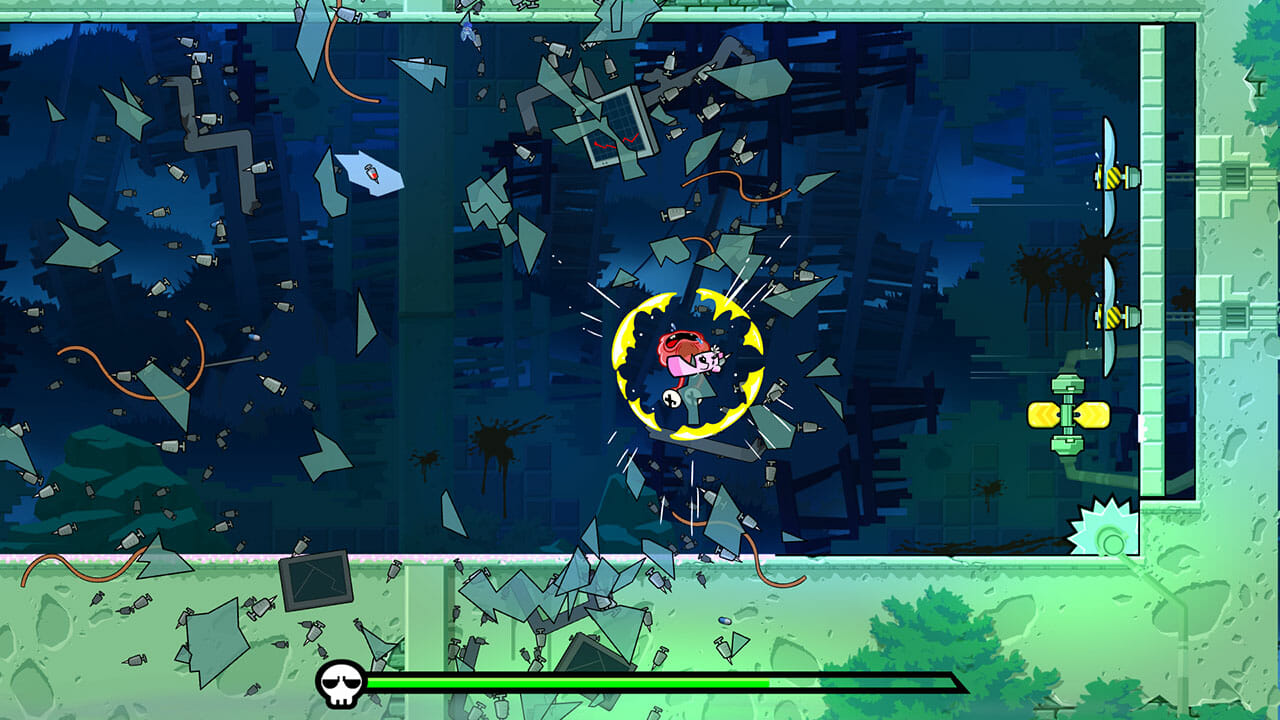 The millimeter precision and timing to the thousandth of a second. However, this actually creates truly adrenaline-pumping moments. Most of the time you will have to rerun the same segment repeatedly until you understand the right way to continue further.

A trial-and-error system typical of the series, however exasperated by a general corridor formation of levels. In fact, in Super Meat Boy, you could overcome some segments in different ways, requiring particular mastery with the controls. In Team Meat’s Super Meat Boy Forever, most of the time you can only advance with a single method.

As previously mentioned, they fully created the world procedurally. When you choose to start a game, all the levels in the world will be generated automatically. If you start another one from scratch, they will still be different. This creates a great replayability of the title. So much so that the developers speak of as many as 7000 possible different levels throughout the game.

A single questionable detail is the total unpredictability of the routes. Sometimes you will get a simple level, but which will suddenly change to something that is extremely difficult, unbalancing its harmony a little. For the rest, some levels seem almost entirely hand made since they are cohesive. 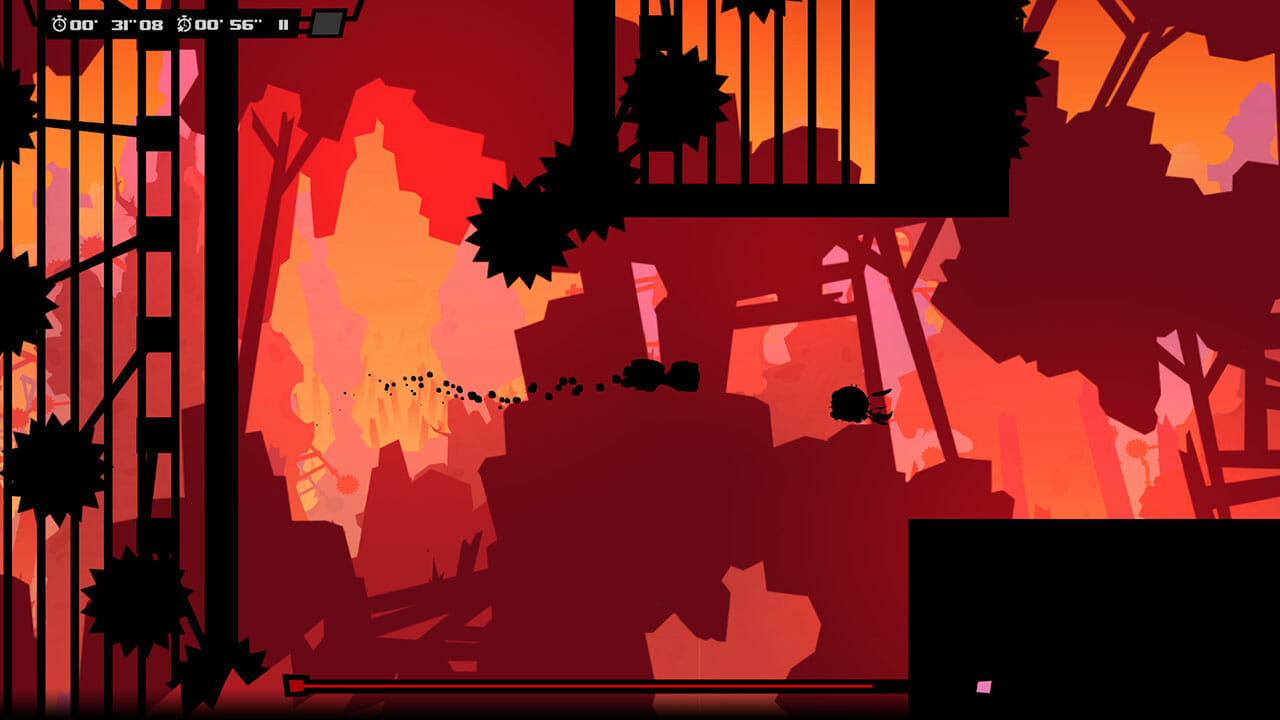 In all this variety, however, there will always be the same levels in Super Meat Boy Forever. I am talking about the boss fights at the end of the world. Basically, there are 4 of them and each one is quite different in regards to how you must approach them. The first, for example, is a destroying machine that must be knocked down by punching certain red big buttons. You do this all while jumping up on the walls.

Another is locked up in an arena where you have to jump and run around the area dodging the deadly laser beams. Each offers a decidedly complex and varied challenge. I literally died 401 times to beat the final boss. YES, I counted! However, I would have preferred to find a less basic or timid use of power-ups to defeat them.

Each of these actions will lead the player to unlock new animated scenes that tell the story of the recovery of Meat Boy’s daughter. Also scattered throughout the levels it will be possible to get pacifiers. If collected, they will gradually lead to unlocking new characters to use. So, there are reasons to keep playing and discovering new level layouts.

The ideal platform to play this game is perhaps on the Nintendo Switch. The only negative points are some small drops in framerate and occasional crashes. Approach this title if you are looking for a serious challenge with the game and yourself. Stretch your hands and don’t get caught unprepared! 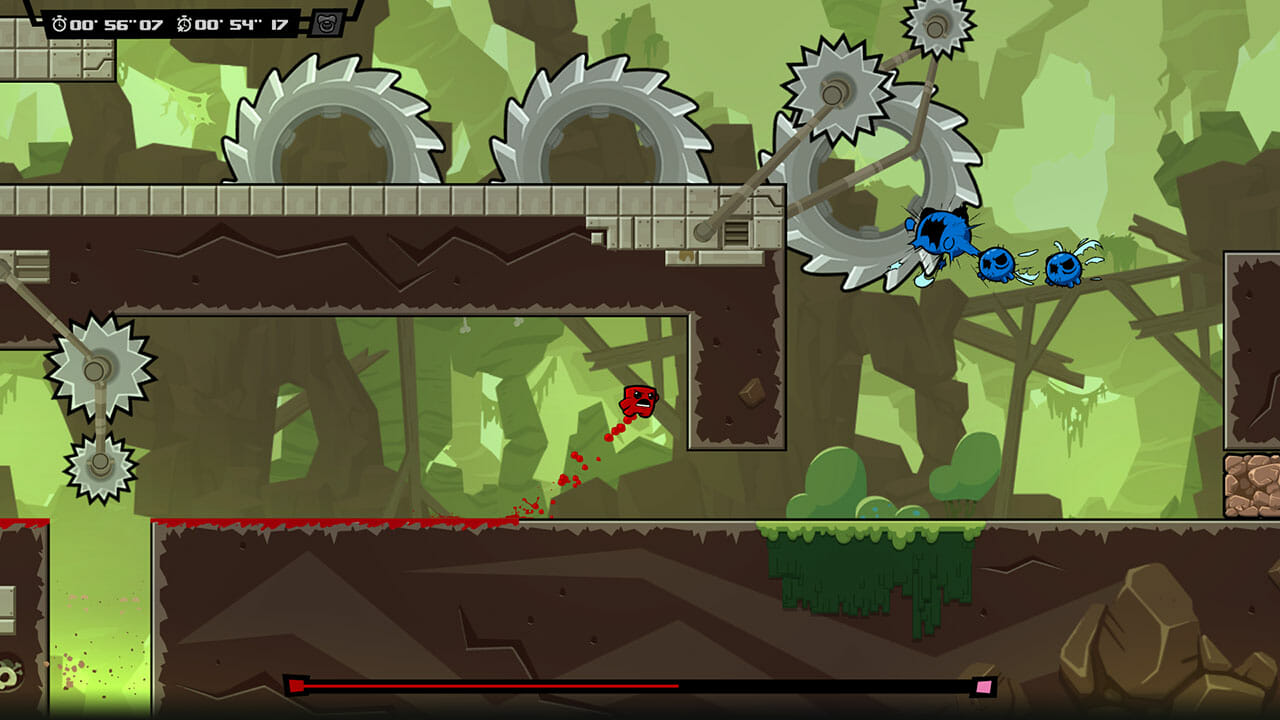 Do you want to try Team Meat’s Super Meat Boy Forever? What do you think of my Super Meat Boy Forever review on Nintendo Switch? Please leave your thoughts in the comments below. Are you interested in more games? Check out our reviews for Gears 5: Hivebusters, Immortals Fenyx Rising, Godfall, Fallout 76 Steel Dawn, Empire of Sin, and Football Manager 2021.

The challenges are of great quality. More than once have they kept me glued to the screen. The random creation of the levels greatly encourages replayability, renewing the surprise each time. The worlds are all quite diversified by type of obstacles to overcome. The curiosity to discover the next ones will never fail!

PlayStation Plus Free Games For January 2021

PlayStation Plus Free Games For January 2021