A returning character from Accent Core 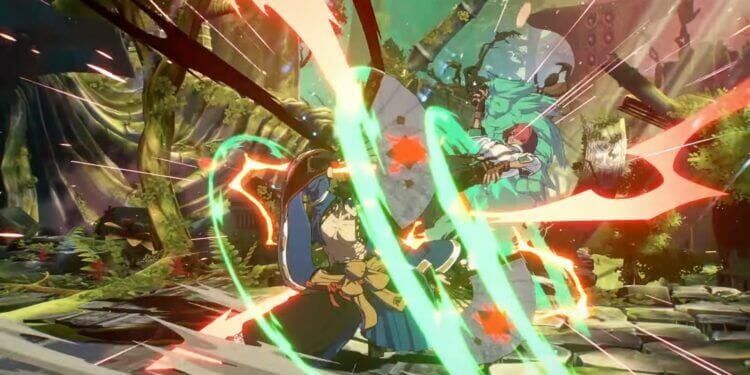 Guilty Gear’s been quite the subject of news lately when it comes to fighting games. From new characters in Strive such as Giovanna, to updating five-year-old ports, we’ve been keeping up with the newest updates regarding the upcoming Strive. This brings us to tonight’s coverage, a character trailer released on New Years’ Eve (in America).

Anji Mito is a character that was previously playable in Guilty Gear XX Accent Core +R, and had a cameo appearance in Xrd, the current title in the series. Gameplay-wise, he was a rushdown-oriented character that had an autoguard mechanic on several of his moves. Said autoguard behaved differently based on what move he was using, but it lets him attack uninterrupted.

You can watch Anji’s trailer below.

Anji in STRIVE and Other Information

Anji’s return to a playable form seems to retain most of his novelist from Accent Core, maintaining their respective properties as well. How strong his autoguard will be, remains to be seen, as we don’t know if there’s any guard breaks or armor breaks as of yet. Aside from Anji’s reveal trailer, the end of the trailer showed when the next trailer will be arriving: February 2021.

As the game stands right now, there’s 14 playable characters revealed for the game, with one more being revealed before the game’s April launch. Five more characters and two bonus stages will be available in a Season Pass launching with the game. We’ll keep you updated with new character reveals and feature reveals before Guilty Gear Strive’s launch.

Guilty Gear Strive is slated to release on April 6th, 2021, for PlayStation 5, PlayStation 4, and PC via Steam. You can visit the game’s website here.

What did you think about Anji’s trailer in Guilty Gear Strive? Did you like its presentation? Do you want to play the character yourself? Let us know your thoughts in the comments section below.

Edge on Gaming: Knowing Top Rated Games To Play in 2021