Saddle up, Cyberpilot, you’re one of us now. 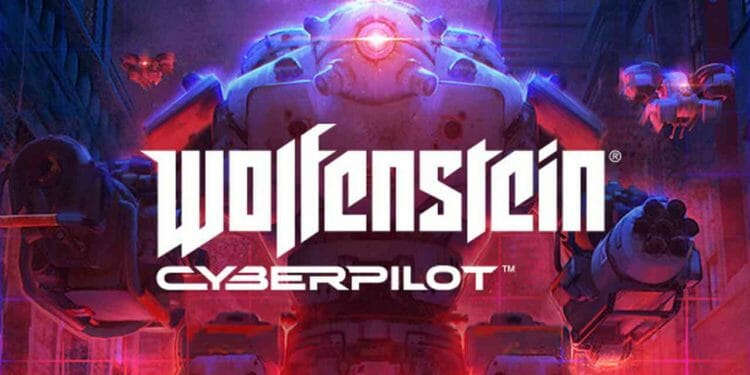 Machine Games has been able to revitalize the Wolfenstein series, and everyone should know that. When Bethesda Software announced that the reputed action series was in the hands of a new studio, I worried. But, as soon as I learned that the Starbreeze Studios team formed the core, the picture for me changed completely.

The developers at Machine Games has now surprised us twice. First, with a new installment that follows the same premises that we already know but focused on a cooperative mode where you play as the daughters of Blazkowicz. The second surprise comes to virtual reality but at the hands of Arkane Studios. The people who enchanted us with well-know titles like Dishonored and Prey have also accepted this assignment. Bethesda Sofware has already taken some of its most iconic series to the VR medium. You probably will remember games like The Elder Scrolls V: Skyrim VR and Doom VFR. Now it is time for Wolfenstein: Cyberpilot. 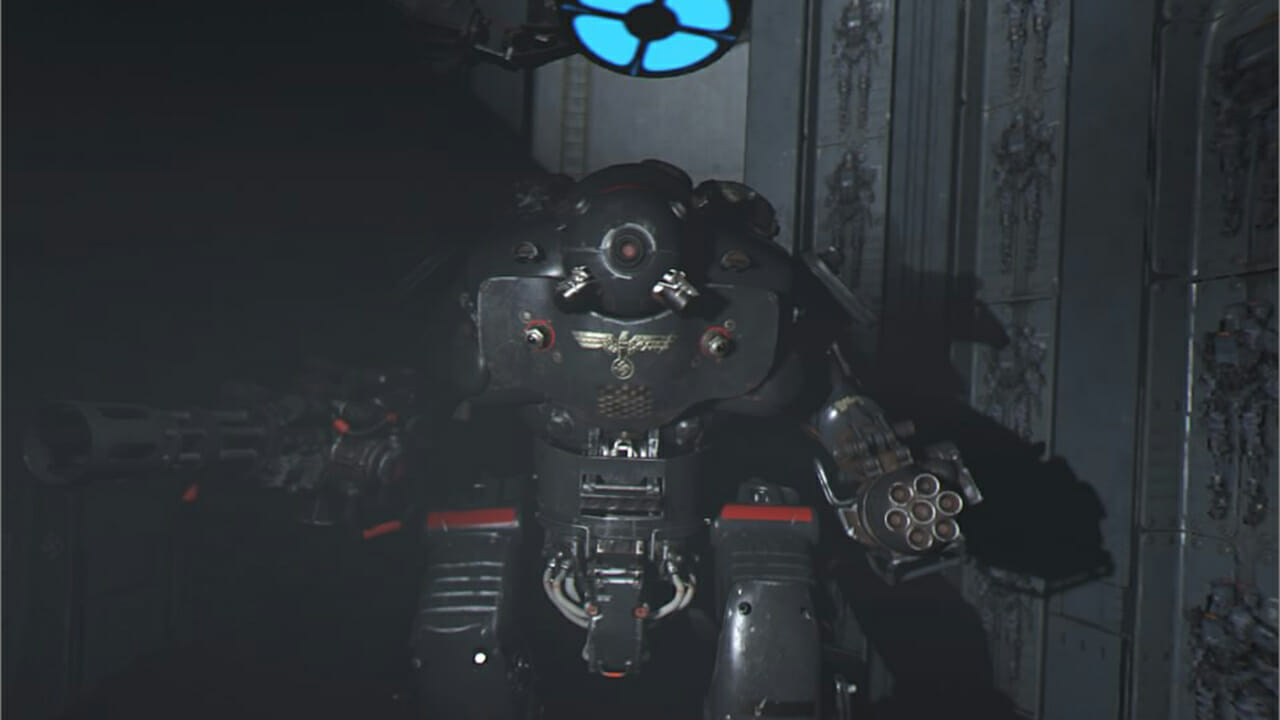 As far as the argument is concerned, the plot takes us twenty years after the events lived in The New Colossus, the second numerical installment of the series. It turns out that Wolfenstein: Youngblood also occurs two decades after the game mentioned above. Wolfenstein: Cyberpilot, the one that occupies me today, takes place a little before we came to know of the Blazkowicz sisters.

In the game, you will embody a Cyberpilot, a French resistance elected to defeat the Nazi army and driving them out of the timeless city of Paris. Your primary mission will be to hack the enemy’s war machines and control them from your base at a distance to solve all the tasks they propose.

We will, at all times, get help from a woman named Maria, the singing voice of this resistance division. Also by our side is Jemma, the artificial intelligence that will communicate with us through text messages on our monitor. Hacking metal giants to smash Nazi battalions sounds brilliant, epic, or even glorious. 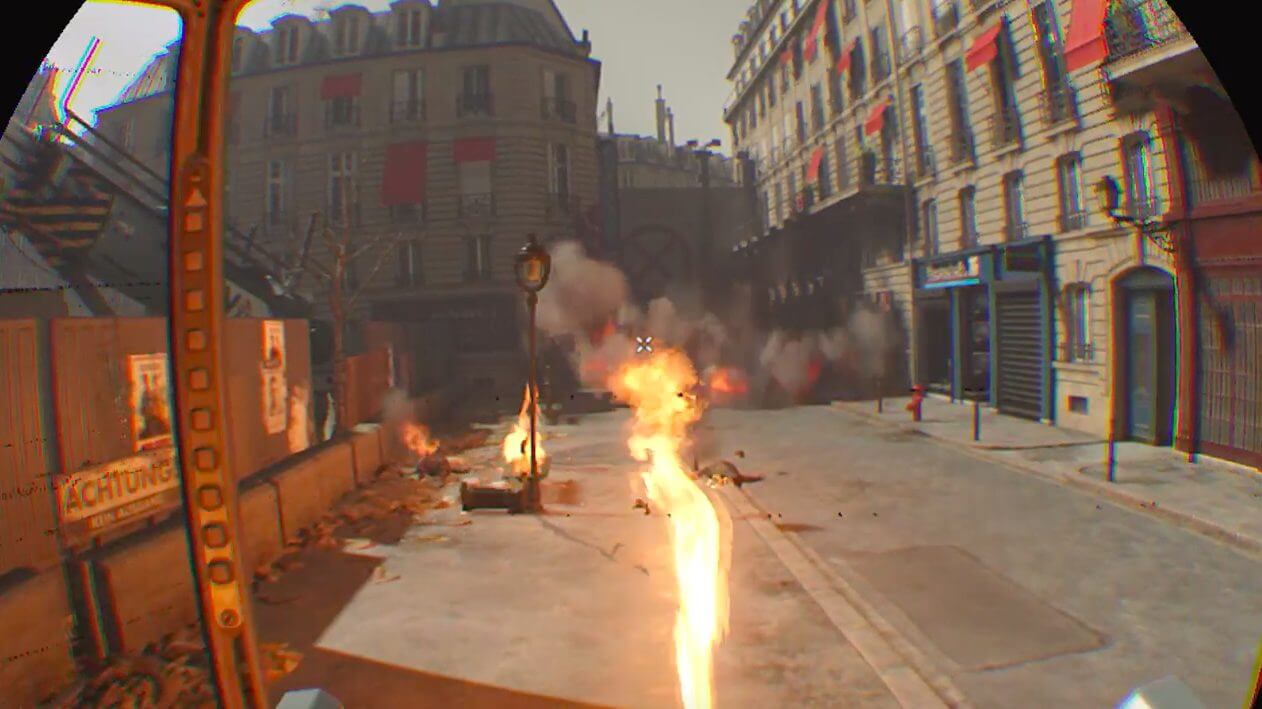 The game gives you from the start of playing three combat vehicles. The first is the Panzerhund, a mechanical beast with overwhelming force and electromagnetic impulses. Second, the stealthy drone, a small flying robot with the ability to pulverize enemies and camouflage to avoid being discovered. And last but not least, the Zitadelle, a steel golem with shields and missile launchers at your disposal.

The mechanics are clear from the start. First, they will let you know that the Nazi’s have captured your allies. Then you head off to the workshop area where you will have to make the necessary adjustments to be able to control the war machines remotely from a distance. Once you finish, you can go to the control room to start the mission, and as expected, the drone is used primarily for the stealth plan with small doses of hacking included. The idea was good but not thoroughly implemented.

This section was screaming for more mini-games. Think of VR games like Five Nights at Freddie VR or Blood and Truth. Within these games, there are a lot of mini-games, and all made with care and attention. The developers should have added, for example, opening panels or even unscrewing elements. It would have been better, not perfect, but at least better.

What I liked most about this aspect of the game is that the game works very well. In every regard, it adapted well to my position. The recognition of both the Move and the headset is perfect, and you will hardly feel dizzy or nauseous. I tested this after eating a plate of pasta with tomato, sausages, and cheese.

That said, the control is excellent, just going back and forth with two buttons to leave the turns at fixed movements of about 30º. It may not be the most accurate in the world, but I was satisfied with it. The most amusing thing for me by far was to use the Panzerhund’s flamethrower in combat. If you, like me, enjoy setting the Nazis on fire, then you will also enjoy this a whole lot.

Once put in action, you will feel the weight of the war machines when moving. You will see the cars that act as decorations explode in front of you. That may sound all nice, but in the end, it is an empty decoration of content with not much to interact with. After shooting nazis or hacking computers, there is little else you can do within the game. That would not be a big problem if you could replay the levels and the scenarios changed a bit. Unfortunately, there is nothing that changes. 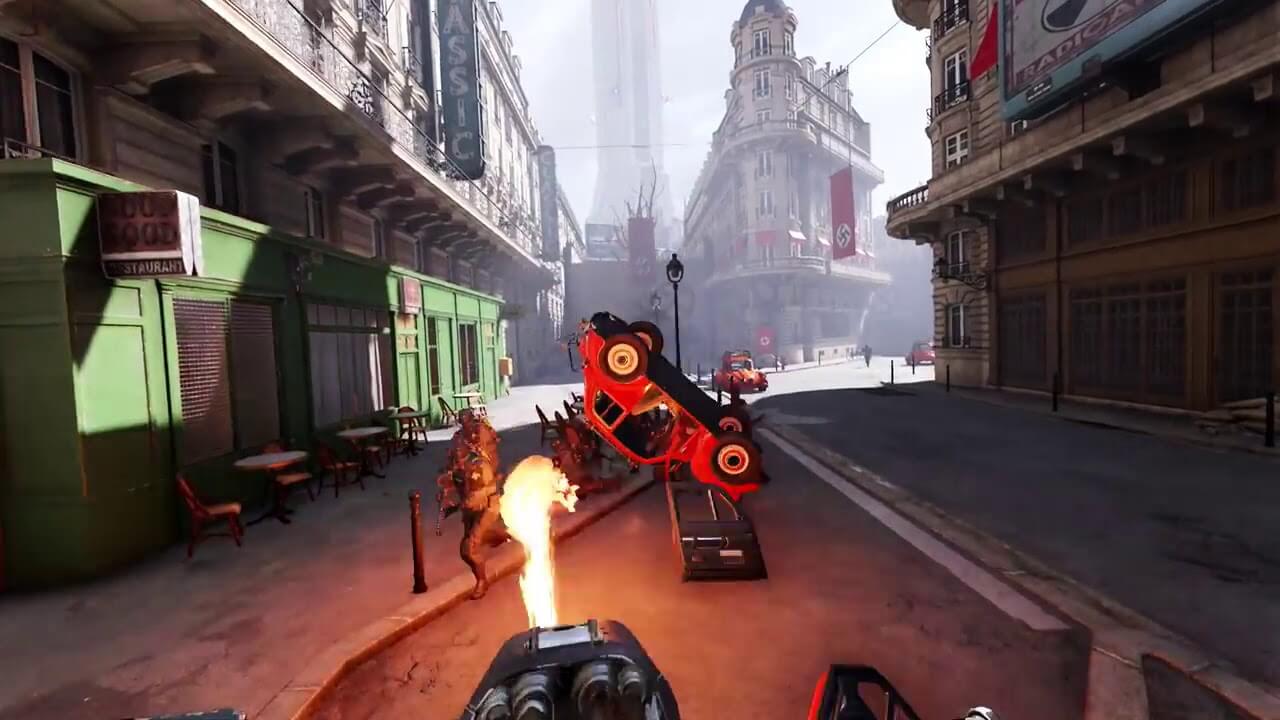 The idea of ​​creating a game based on the unique levels of action titles such as controlling a tank or go on a turret in Call of Duty was a great idea to take advantage of the benefits of virtual reality. Limiting the missions to only four was unnecessary and in my opinion, just plain laziness. It was all perhaps just too short considering the $19.99 of the original price, not far from the $29.99 required for its Youngblood counterpart. Thus, the game becomes a vast tutorial of just over two hours. A fun tutorial. Because yes, the whole idea is killing Nazis, but that fun ends up knowing very little. If the developers added a bit more effort and means, then this would have been a fantastic virtual reality game.

Wolfenstein: Cyberpilot is a fun game when it comes to shooting Nazis. Unfortunately, the fun does not last long. The idea was good, but it fell short.