A discreet racing game that thrives on many ups and downs!

With WRC 10, the video game rally championship returns. You should know by now that this is KT Racing and Nacon’s penultimate iteration. Codemasters gained the official license of the world rally championship for the period from 2023 to 2027. I must say that WRC 10 appears more like a decent evolution of the series than the revolution that everyone expected with the complicity of the next gen. Take note that the differences with the predecessor are few. The distance from the competition is still a lot, especially from a purely technological point of view. Here is my WRC 10 review on PlayStation 5!

The first impression you get when looking at WRC 10 videos and menus is that of a product that makes good use of the official license. However, at the same time, it fails to offer particularly spectacular or exciting context. The menus are clearer than those of last year, so navigation is quite easy. The modes and opportunities offered by this edition are many.

However, those coming from WRC 9 will hardly find any new additions. For those who want to go directly to the track, there is the Quick Play mode. Then there is the Season mode. This is suitable for those looking for a series of competitions where they can also manage what is around the vehicle without getting stuck in managerial aspects.

Finally, there is the Career mode. This is the most complete mode ever that sees you take on the role of the driver, the engineer, and the manager. Here you will have the opportunity to make your climb through the JWRC. Take note that there is a powerful new livery editor in KT Racing and Nacon’s title that allows you to adapt each vehicle in the game to your taste.

The career seemed to me quite varied also thanks to the alternation between various types of events. Training accompanies classic rallies, tests in extreme conditions, anniversary celebrations with historic cars, circuits, and more. Without a doubt, inserting different types of competition in the calendar seemed interesting to me.

The problem lies in the total lack of contextualization of the whole. Why at some point in your career should you suddenly drive a wrecked car in the middle of a snowstorm? Or why would you suddenly find yourself catapulted into 1973, driving a Renault Alpine A110 Berlinette in the Acropolis rally? It may seem like a meticulous observation, but it made me ask some questions. 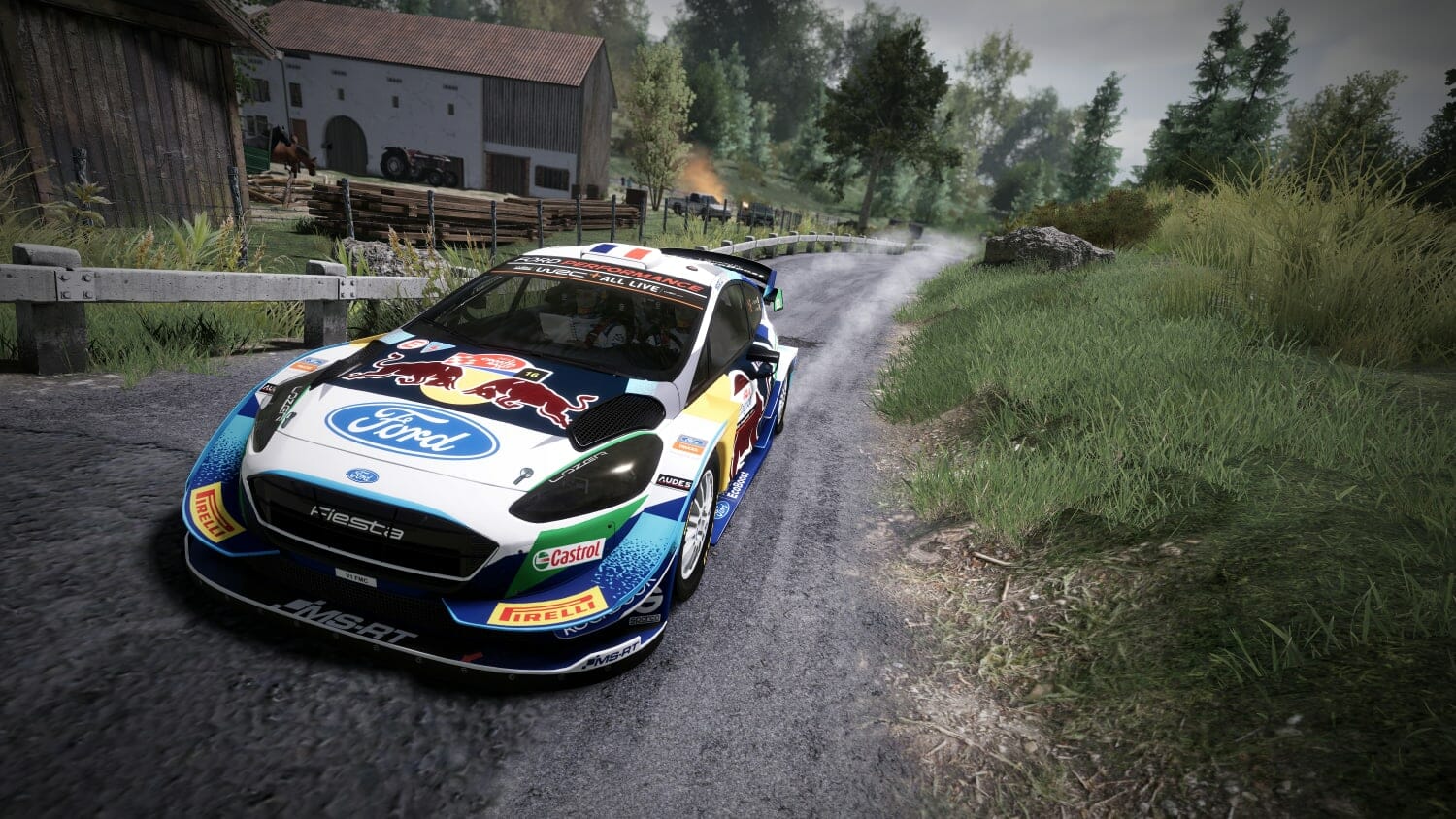 KT Racing and Nacon proposed the title as open to all and then it does not explain the functioning of some essential elements. Even driving games with a much more simulative soul end up explaining, at least hastily, the functioning of the vehicle settings. The management side of WRC 10 is quite standard and involves a routine made up of salaries, hires, and experience points to be spent in the skill tree.

Take note that you need to pay attention to the character of the team members so that there is the right synergy. It would have been nice to introduce some mini-game or something dedicated to the management of rest days. The other modes present are Challenges and Training. These are tests of various types to measure your skills as a driver.

Also interesting is the presence of a free roam mode, which is also accessible during the Career mode. Here you can wander in an open style setting characterized by different environmental elements. Too bad for the not-so-excellent realization of this area. This area is open as long as you stay on the street because as soon as you get off the road, the respawn occurs. Don’t expect anything like Forza Horizon.

Take note that the loading of this mode is extremely long. The vegetation is immobile, there are no environmental noises, and everything is in the grip of absolute stillness. The route map does not show where you are, and there are no incentives of any kind to explore the various places present. It would have been enough to insert some event that you can activate at certain points of the setting.

They also proposed a series of cars and circuits from the past. The devs made both the vehicles and the tracks quite decently. Too bad that something is always missing in terms of general contextualization. However, with the HUD, driving aids, co-pilot behavior, graphics, and customization of control devices, the options are actually very rich. 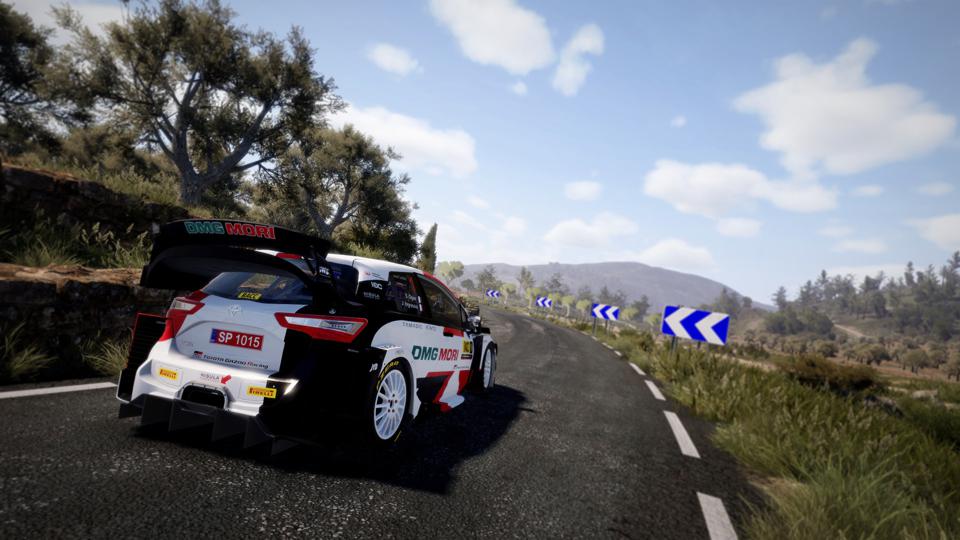 Having mentioned everything available offline, it’s probably a good time to talk online. For those who want to try their hand at multiplayer, there are several options. There is the classic multiplayer, which is the equivalent of a quick race. Here you compete in real time against ghosts. There doesn’t seem to be any particular waiting, lag, or synchronization problems.

However, it’s also true that in the absence of collisions and with simplified car models, things get easier for developers. A mention of merit must go to the presence of the split screen, which is quite rare these days. Take note that there are rankings that allow you to compare your times with those of other players in the world. The novelties of this year consist of the Club mode.

This allows you to create your own customized championships or to take part in those set up by other players. There is also the co-pilot mode, which, as you may have already guessed, allows you to take on the role of the navigator. While it is possible to find several active clubs already, I sadly had to see how the community snubbed the co-pilot mode for now.

You can observe the heart of the game only by going out on the track. It must be said that here, KT Racing has done a good job by slightly improving the handling of the vehicles which are now more full-bodied and satisfying. It is interesting to see how each vehicle has its own specific driving style with perceptible differences even between one car and another in the same category.

The various surfaces also clearly change the way of driving. The grip of the asphalt is perhaps excessive and you always have the feeling that the steering is too sensitive. On the other hand, the gradual change in grip in the presence of dynamic weather is good. With much disappointment, the DualSense’s vibration performance is not so effective in this year’s title. However, WRC 10 is still a suitable compromise between arcade and simulation.

The game behaves in a fun and satisfying way and allows you to adjust the level of challenge in a rather flexible way. Too bad for some strange collisions with the elements outside the path that lead the vehicle to behave in a somewhat bizarre way. Respawning occurs way too soon. It brings the vehicle back to the track almost immediately. In some situations, I barely went off the track, but the game respawned. 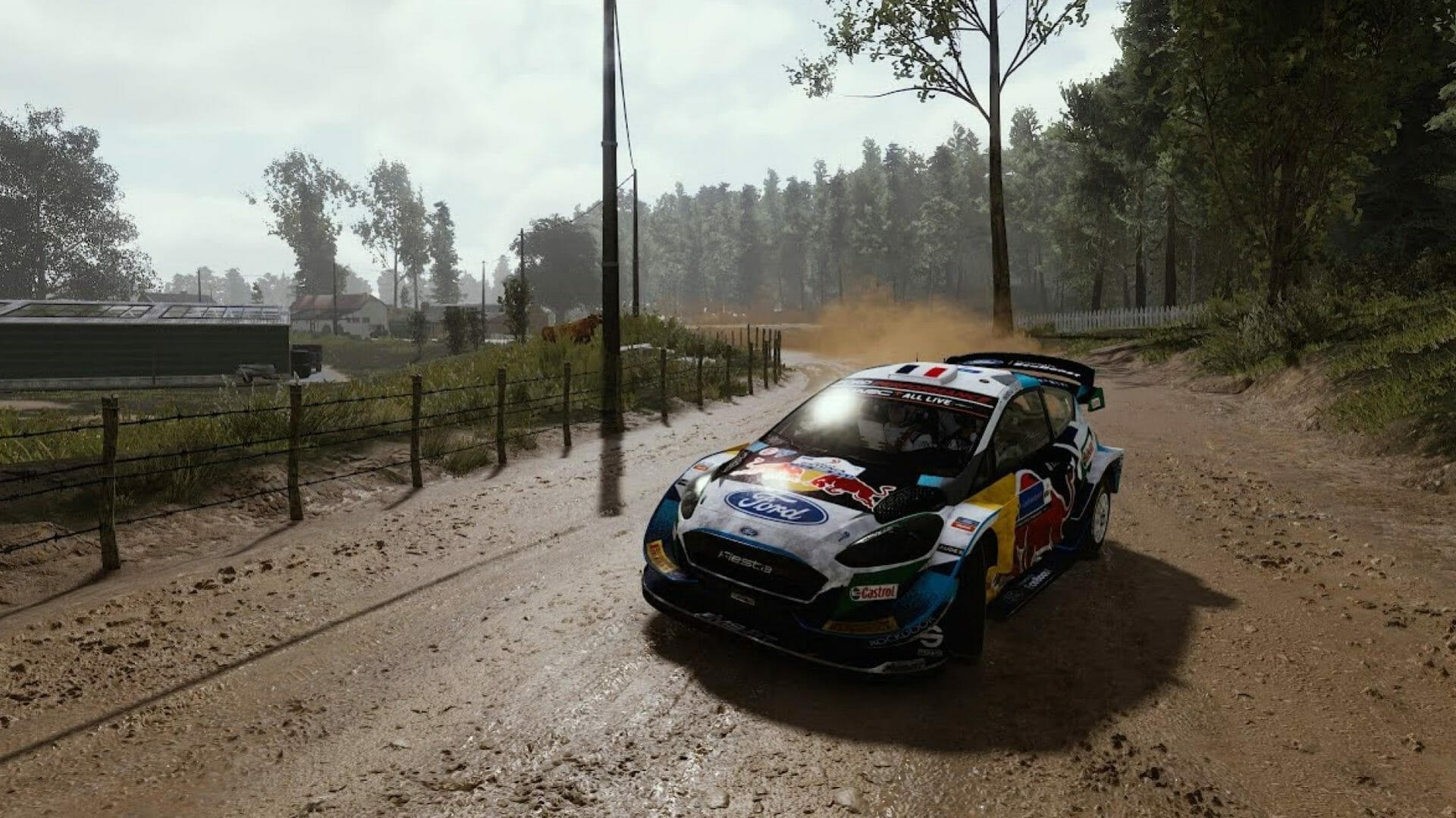 I HAVE SEEN BETTER

KT Racing and Nacon made the cars with an acceptable level of detail. The public seems to be portrayed in a rather questionable way. They are made up of ugly mannequins unable to react to what is happening around them. In general, human models are nothing special. Even the still animals are disturbing and sometimes even the foliage does not move.

Reflections on the car are a bit plasticky and those on the inner glass are imperceptible. The depiction of the weather, on the other hand, seemed pretty good with trees, reflective puddles, and moving droplets on both the vehicle and the screen. The only thing that did not convince me lies in the rain’s rendering on the windshield.

The camera that follows the vehicle in a dynamic and exciting way both during drifts and in the event of collisions is very good. The motion blur, which you can activate at will, is very effective and enriches the image, giving greater dynamism. The background music is uninspired and quite repetitive. Transitioning between acceleration and deceleration seems too abrupt in some vehicles.

There are also some glitches. Sometimes you can see through objects. The view of the photo mode and the camera that rotates around the vehicle can get stuck. In general, I liked the excellent feeling of speed, power, instability, and danger. However, the impossibility of not being able to see the track map before the career races bothered me quite a lot. 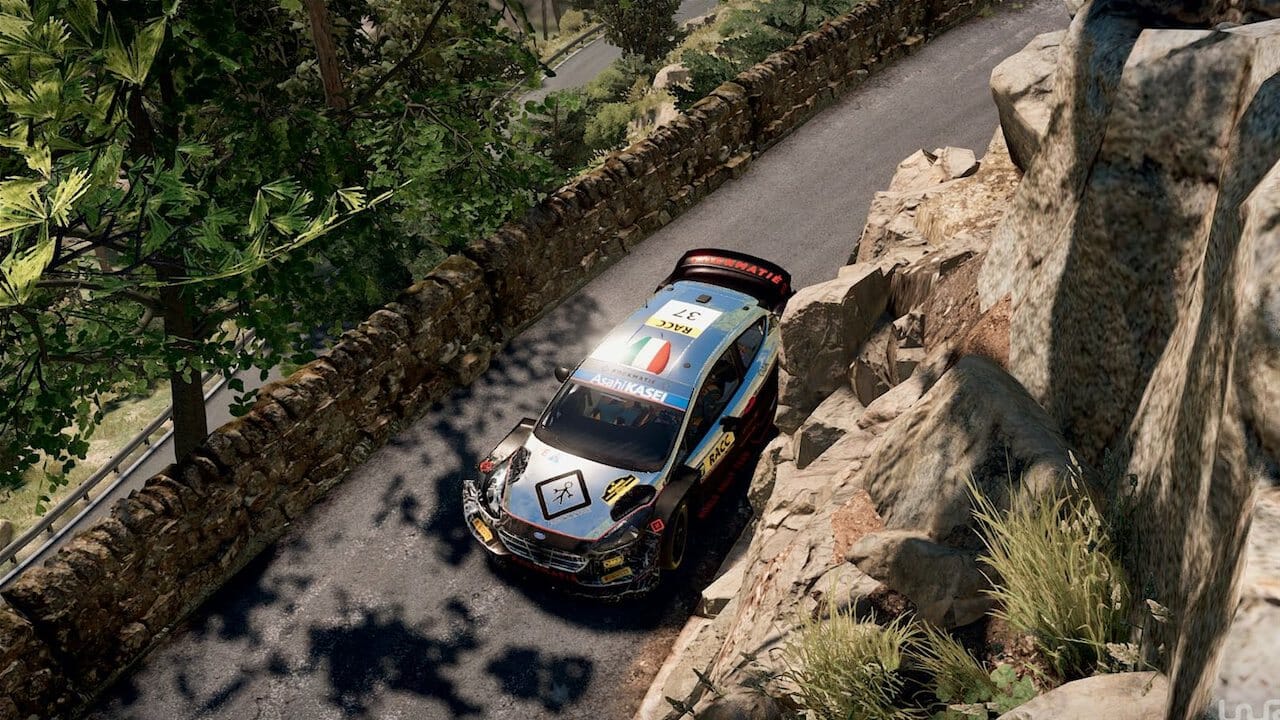 Do you want to try KT Racing and Nacon’s WRC 10? What do you think of my WRC 10 review on PlayStation 5? Please leave your thoughts in the comments below. Are you interested in more games? Check out our reviews for Deathloop, NBA 2K22, Ghost Of Tsushima Director’s Cut, King’s Bounty 2, 12 Minutes, The Great Ace Attorney Chronicles, and Death’s Door.

WRC 10 slightly improves WRC 9's formula without changing much. The right compromise between simulation and arcade will allow everyone to get on track but many will find it difficult with a car setup without explanations. It is nice to find historic cars and tracks but there is a need for greater contextualization.