Breaking down the final DLC fighter for Ultimate 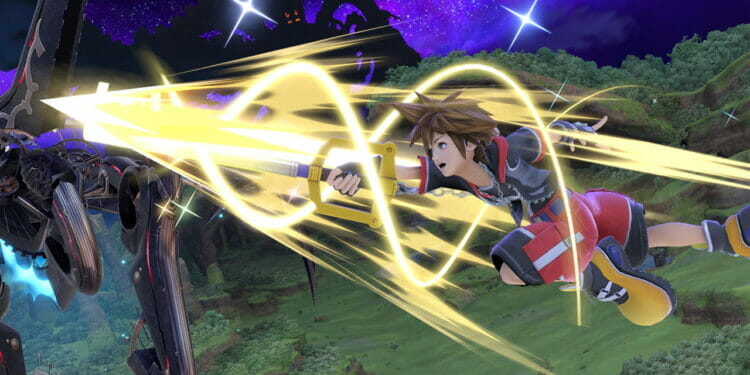 Super Smash Bros. Ultimate has been one of the world’s most popular video games since its release all the way back on December 7th, 2018. Its gotten its balance updates, new DLC characters, long-awaited returning fighters, and more. And today marks the day of the final presentation for the game. So, who is that final character, after two years of DLC?

It’s none other than Kingdom Hearts‘ main protagonist, Sora! Alongside the announcement of this iconic character, he also brought a 45-minute-long presentation from game director Masahiro Sakurai breaking down his move list, stage, and some of the music coming with him. You can watch the full trailer below, but let’s talk briefly about Sora’s kit, shall we?

With much of his series flashiness, Sora joins the Super Smash Bros. roster as the eighty-second and final character. In comparison to previous DLC characters like Kazuya and Terry with their fighting game inputs, and Pyra and Mythra being two characters in one DLC slot, Sora’s design is rather tame, despite having his own “gimmick”, too. His major strengths lie in his control of the air and his very floaty jumps, a reference to his mobility in the Kingdom Hearts games.

Lots of his attacks have easy-to-understand properties, such as basic attack strings and tilt attacks with the Keyblade. His smash attacks are also pretty standard as well, and his upward smash attack has does more damage if you hit dead center. His special moves are where things get a little interesting. Sora’s neutral special involves him using Magic to cast Firaga, Thundaga, or Blizzaga in that order. 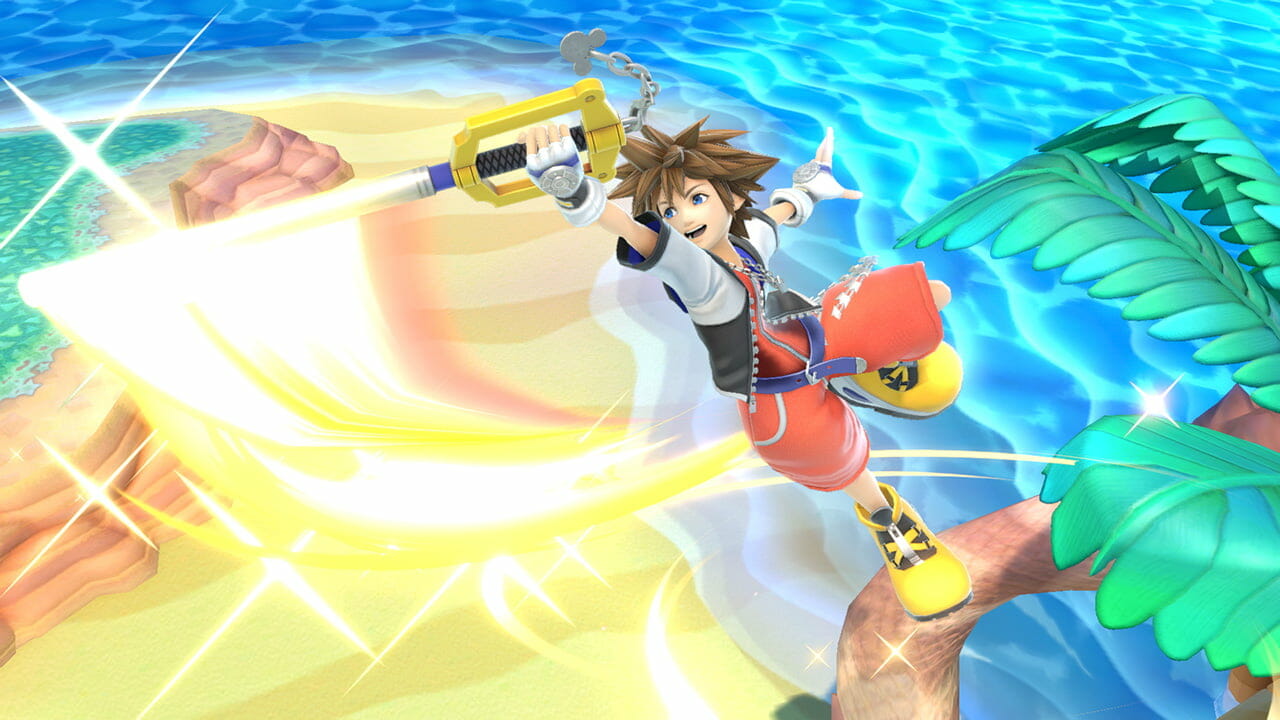 Sora’s side special is Sonic Blade, and he can either direct the attack manually or repeatedly press the button to lock on and attack again, giving him a space-closing move and an escape tool in the same move. Up-special is pretty standard; it’s known as Aerial Sweep and behaves similarly to Link’s Spin Attack up special. However, it also can be canceled into Sonic Blade if done at the very end of the attack, allowing you to go for very deep stage coverage or have a very powerful and varied recovery.

Down Special is a counterattack. Pretty standard, but it has its unique draws. For one, it only seems to work when Sora is facing the attack, like Sephiroth’s counter. However, it behaves very differently from everyone else’s due to one factor; catching a physical attack will cancel it outright, and Sora retaliates. He can also counter projectiles, but they don’t get returned, they simply pass through.

Sora will be releasing on October 18th as a DLC character, and will be available for purchase separately (priced at $5.99 USD), or if you already own the Fighters Pass Vol.2. Purchasing the Fighters Pass Vol.2 allows you to play as Min Min from ARMS, Steve from Minecraft, Sephiroth from Final Fantasy VII, Pyra and Mythra from Xenoblade Chronicles 2, Kazuya from Tekken, and now Sora from Kingdom Hearts.

If you’d like to learn more about Sora’s tools, you can watch the full breakdown below. It’s a previous livestream, but it’s timestamped to skip the initial title card before the presentation.

What did you think about Sora finally arriving in Super Smash Bros. Ultimate? Are you excited for his eventual DLC release? Have you played the other Kingdom Hearts games? Which one is your favorite? Let us know your thoughts in the comments section below.