A deep look into the definitive edition of the Definitive Edition 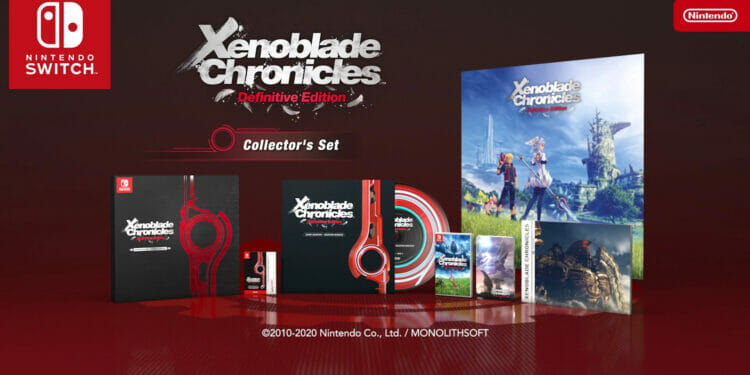 The EU Collector’s Set of Xenoblade Chronicles Definitive Edition was pretty popular among Xenoblade fans. In case you don’t know what the fuss is about, there are 2 Collector editions for the game. One of which is exclusive to the US while the other was exclusive to EU regions. The US has a Definitive Works Set which was sold at $79.99 which throws in a premium hardbound art book with a slipcase.

We were able to snag a Collector’s Set to showcase for our readers! That way, it may aid your decision about whether or not you should purchase this edition of the game for yourself. Without further ado, let’s look at the stuff in the Collector’s Set.

The Xenoblade Chronicles Definitive Edition Collector’s Set brings with it several goodies that Xenoblade fans will love. The only similarity between the US and EU editions of the sets is the hardbound art book. This artbook contains over 200 pages of concept art and storyboards from the game and its expansion Future Connected.

However, that’s where the similarities end. The EU Collector’s Set comes packed inside a large box with the primary Monado symbol on the back. Once opened, we’re treated to some unique pieces that will make for a fine display!

The very first thing that comes packed with the Collector’s Set is the Steelbook. It features the art of the iconic fight between the Bionis and the Mechonis. Inside the steelbook, there’s the art of some of the signature enemies in Xenoblade Chronicles: Egil, and Face Nemesis.

Right beside the steelbook, we can also find a copy of Xenoblade Chronicles Definitive Edition. There’s no much difference between the American and European versions of the game. However, the cartridges are different on their own. You can see a comparison between the American and European cartridges of Xenoblade Chronicles Definitive Edition below.

The Collector’s Set includes a huge squared poster (twice the size of the box) featuring the game’s key art for Future Connected. While we were not able to showcase the poster (it’s too big!), you can see the art above.

The really attractive aspect is the Vinyl Disc that comes included with the game. We’re not kidding there, either! The Collector’s Set includes a Vinyl Disc with a selection of remastered songs from the game. This vinyl disc has two sides, Side A includes the following songs: 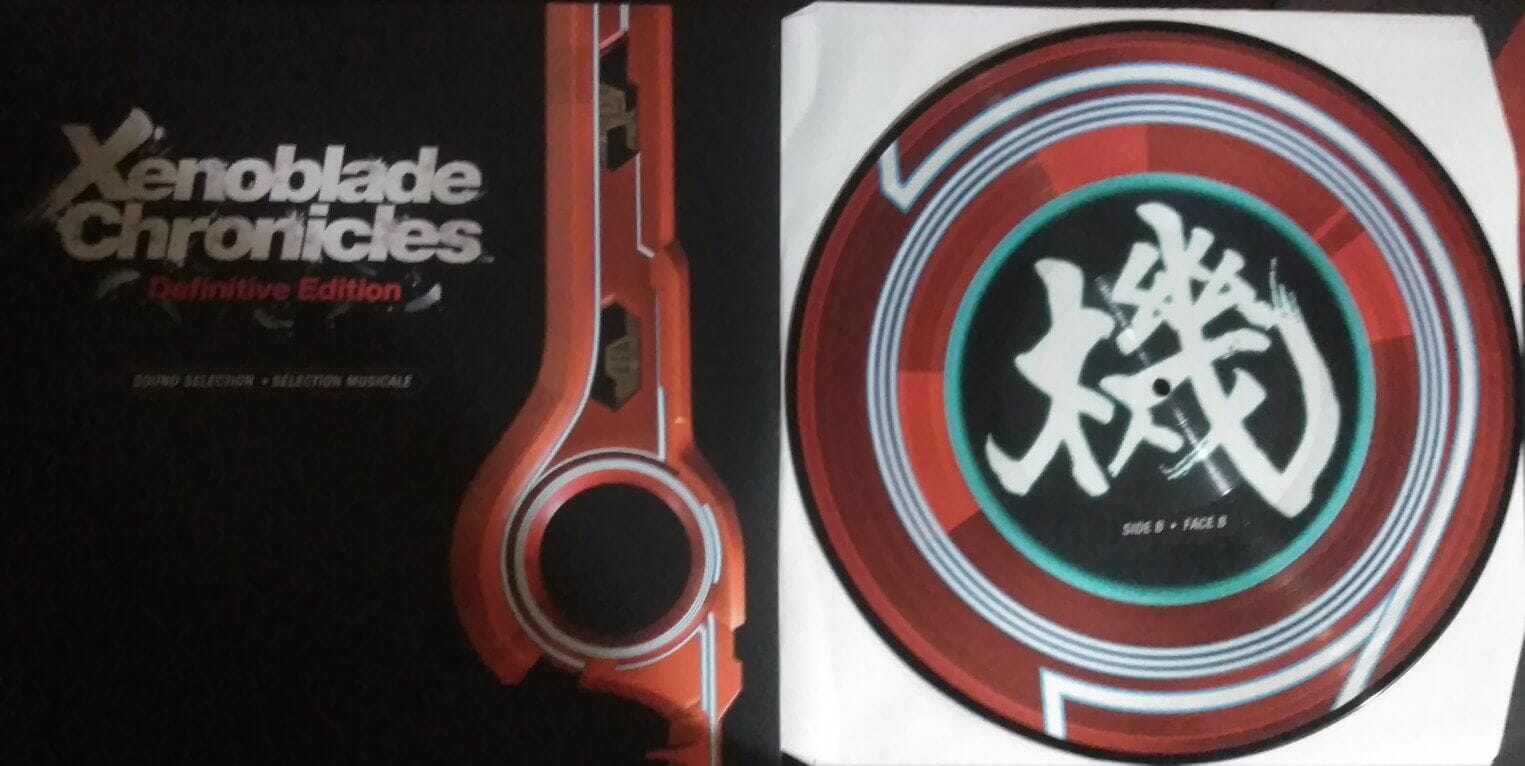 Don’t have a way to play the music? Don’t worry, the Collector’s Set also comes with a voucher that allows you to download the songs in the song selection through Nintendo UK’s website. The vinyl itself is also themed after the Monado and has the same symbol featured in the back of the box art. 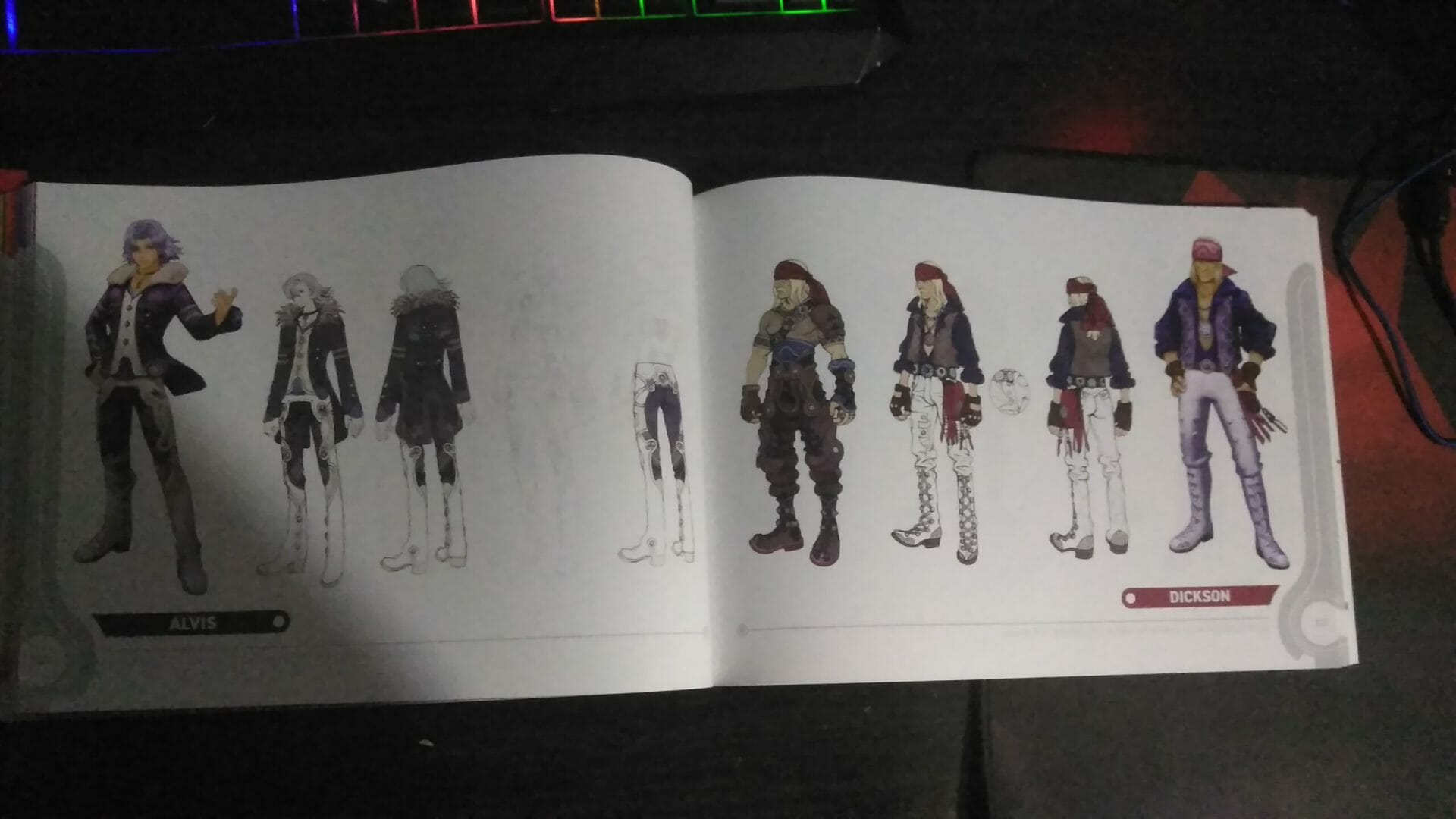 As mentioned before, the Collector’s Set also includes a 200-page artbook titled “Xenoblade Chronicles Definitive Works”. This artbook is full of illustrations of beautiful landscapes, imposing monsters, and other stunning visuals from the game. It’s a collectible that shows the process behind some of the iconic scenes and monster designs in Xenoblade.

Some of my favorite illustrations are those of designs for alternate costumes for characters. It’s clear that Monolith Soft had a lot of fun designing these costumes. Of course, another highlight comes in the form of detailed storyboards from different scenes in the game.

Like always, we hope you continue to enjoy Xenoblade Chronicles Definitive Edition and have a happy #XenobladeMonth. Check out all our Xenoblade content here.

What do you think about the Xenoblade Chronicles Definitive Edition Collector’s Set? Did you get the set yourself or did you get the NA one? Let us look at your best Collector’s Edition purchase in the comments section. Do you want to join us in the hype? Come watch our streams over at the Bagogames streaming site or on our Twitch Channel. Don’t forget to join our tournament so you can get a copy of the game as a prize!