Youtubers Life 2 is the latest installment in UPLAY’s lineup of Youtuber-related simulation series of which includes two previous games, Youtubers Life and Youtubers Life OMG Edition. This time, the third title in the series seeks to reinvent things. While it does somewhat succeed at this, it also simultaneously makes the experience a lot more frustrating than necessary. The game oddly starts in the most meta way possible as it begins where the last game ends. Having completed the first Youtuber Life and proving your skills as the best virtual Youtuber, you are quickly recruited to be a real YouTuber in New Tube city, where you’re given an apartment, PC, and console to build your Youtuber career however you see fit.

Except that’s a lie, as instead of players choosing what medium they wish to peruse to fame, Youtubers Life 2 only allows players to be successful through trend chasing. This includes posing in front of fires and fountains, and playing the latest trendy game. As such, the game tells players that hard work doesn’t get you far as a Youtuber, but trend-chasing and clickbait videos do.

Despite this, Youtubers Life 2 still provides multiple means for players to go viral, such as unboxings, vlogs, live streams, interviews, gameplay vids, comment videos, and more. These extra tasks give players more options for success. However, doing any of these won’t do you any good unless they’re trending, and your ability to perform some these tasks is significantly dependent on your popularity. For example, most people will ignore you or flat-out refuse to talk to you when conducting interviews because you’re basically a nobody, and some places will also be locked off to you until you prove you’re the best among the content creators. While these elements are a bit hurtful, it is only fair to give credit where it’s due as they are at least realistic. 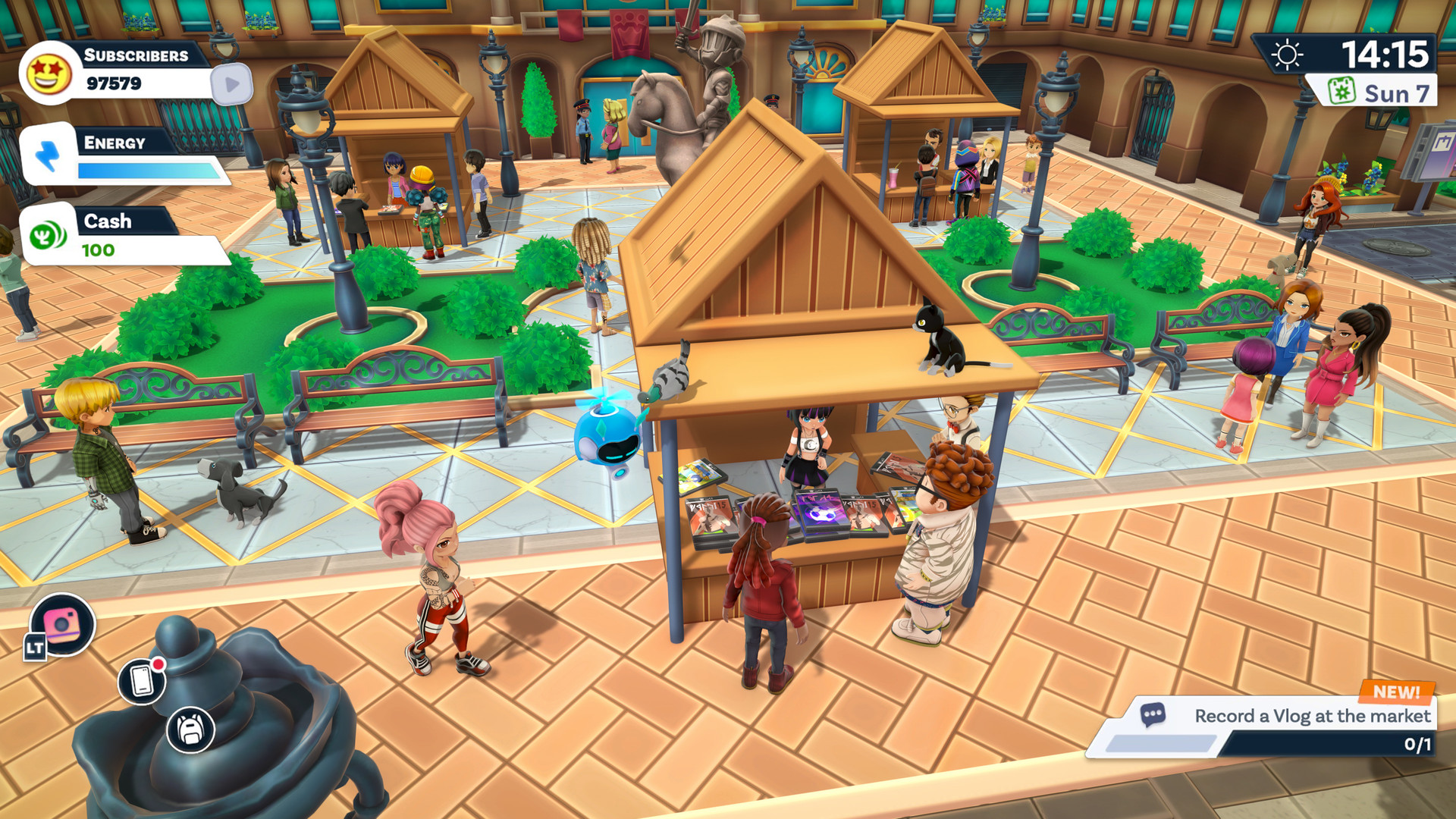 On the path of getting to fame and fortune, up-and-coming Youtubers will have to grind like the rest of us to earn money, and this is where commissions come in. Commissions are basically courier tasks that sees the player collect a package from point A to drop off at point B to earn a minuscule amount of money, forcing them to copiously grind them out just so they can earn enough to complete a separate task altogether. While Commissions also include other missions, the courier tasks contribute to a large portion of them. What’s worse is that these tasks quickly become tedious and repetitive as they only boil down to glorified fetch quests.

Aside from commissions, players should also expect to move around NewTube City chasing clout by trying to keep up with trends and making content based on these trends. Unfortunately, many of said trends are usually poorly explained and provide no guidance whatsoever. For instance, I recall trying to chase a trend titled #pigeons. Do I take pictures with pigeons? Find an event focused on pigeons? Well, I’ll never know because I decided that even entertaining the idea of chasing that trend would be nonsensical.

Speaking of guidance, the map in Youtubers Life 2 is also not very helpful. While it isn’t overly complicated, its simplicity turned out to be its downfall, as it only gives players a general view of the city and expects them to find their way to their destinations themselves.

It’s not all bad, however, as Youtubers Life 2 does sport nice visuals. Its cutesy cartoony aesthetic and character models give it a distinct and unique look surprisingly well supported by the game’s peppy and soothing music.  I’d also be remiss if I didn’t mention that Youtubers Life 2 features real-life Youtubers such as the all-famous PewDiePie, who you can meet. These stars progressively appear through side quest and have specific storylines you can follow.

Have you played Youtubers Life 2 yet? What do you think of our review? Let us know your thoughts in the comments section below.

Hello to all I am new here and have various topics and information here, really good works I also have a site about Minecraft game and their shaders. In computer graphics, a shader is a type of computer program originally used for shading in 3D scenes the production of appropriate levels of light and all for that you can download Minecraft <a href=”https://craftstones.tumblr.com/post/665477875793854464/15-best-minecraft-shaders-pack-of-2021″> BSL Shader </a>