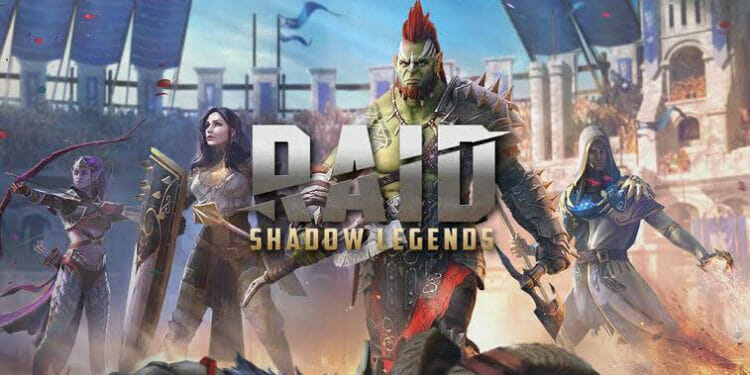 Plarium an Israeli game developing company with many web-based games has more than 290 million active users worldwide. In 2019 Plarium introduced its hit RPG RAID Shadow Legends. This game was developed mainly for Android and iOS platforms. Since then it has been downloaded millions of times. Indulge in this immersive experience of the fantasy world with amazing visuals and graphics. You will be tasked with recruiting the most legendary warriors to help save the world of Telleria. Make epic raids against your enemies by recruiting and forging the most powerful warriors you know. Gather these powerful warriors train them to help save the home. Equip your warriors to fight with the most powerful weapons

Turn-based dark fantasy RPG also features more than 300 amazing characters which are usually referred to as Champions across 16 different factions. There is an extensive story drive campaign written by known writers. Experience RAID: Shadow Legends with amazing graphics and visuals like higher framerate, HD textures, breathtaking animations, motion blurring, and much more. RAID is filled with tons of surprising features that you mostly don’t see in any of that RPG. You will be required to create strategies so they can work out for better gameplay. you will find 16 amazing characters from different factions to play with. Crush your opponent in the arena to lead to victory. You will need leadership in this crazy epic adventure. To move forward you will have to defeat dozens of powerful bosses and even slay dragons to make your way up in this adventure. Transform yourself into a legend by training your team of superheroes. 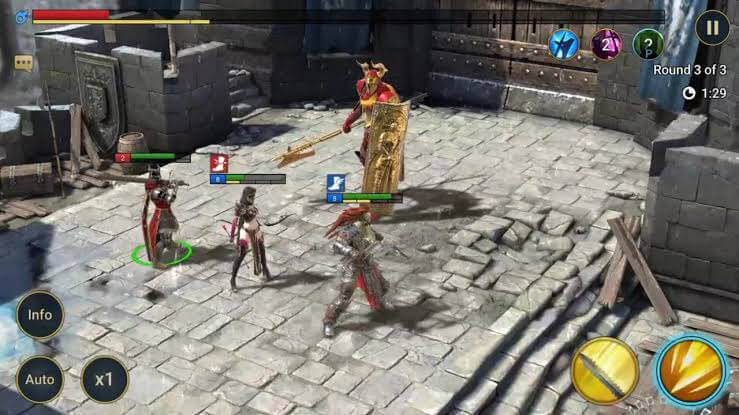 RAID: Shadow Legends mainly challenges you to create an ultimate team of Champions that smoke down the enemy in fierce arena battles to earn valuable rewards.to get more rare items you will need to soar up the rankings and also earn the respect of your enemies. Keep defeating bosses to liberate the land of Teleria from the shadow. You will get a variety of in-game currency that you can use to buff your characters. there are over 12 striking locations, along with the cohesive gameplay, unparalleled skill customizations, and fully voiced story campaigns. One of the main features is to collaborate with your clan members. Clans allow players to support each other by giving access to clam-only features. there are unique features of a clan like a clan boss or clan cheats which are rewards. make sure to search and join a clan for an amazing gameplay experience.

Earn Rewards and Level Up

To raise your rankings you will be required to go head to head with other players. The rule is simple two teams go in and only one comes out. This will let you earn many other valuable rewards to boost up your rankings. Right team composition and synergies are what matters in this action-packed game. You can spend money to buy some of the items which can be an option but for the best instead of spending money spend more time strategizing and balancing your team. Superheroes or characters are regarded as Champions. These champions are divided into four categories the one with the main damage dealers, protectors, the tank with high HP, or the healers as a support system. There is also a rarity among the Champions like legendary, epic, rare, common, or uncommon. These rarity levels define these Champions. this game is a strategy-based action game that is worth playing.

Can I play RAID: Shadow Legends on PC?

Although this game is built for Android and iOS platforms this game is better to play on big screens that enhance your gaming experience. You can play RAID: Shadow Legends on a powerful android emulator. These emulators help you to run almost any Android game on your PC using most of your hardware and PC. Running most of these mobile video games swiftly and smoothly, Android emulators are trusted by millions of users worldwide.

Here are the top 5 android powerful and lightweight android emulators.

LDPlayer is a powerful, lightweight android emulator that you can download free on the official website. LDPlayer is fully compatible to play RAID: Shadow legends on PC because one it makes up most of your hardware or PC system second the controls can be adjusted according to your ease to experience this masterpiece on your big computer screens. Keymapping, screen customization, simple interface, and many other features  LDPlayer more compatible with RAID: shadow legends.

Bluestacks being one of the oldest and trusted android emulators by millions of users worldwide Same as LDPlayer, Bluestacks have almost the same features. The interface is so simple that it is very easy to use for beginners. Bluestacks have launched many different versions since the day it’s launched and is also critically acclaimed. 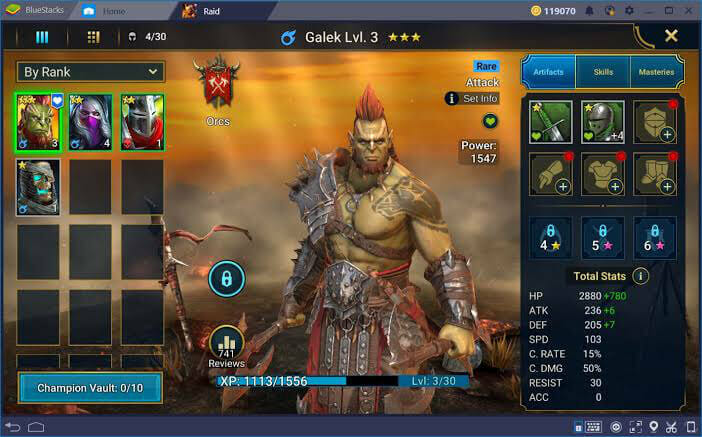 Game loop is one of the most recent android emulators that are available and has made its mark on many users. Almost all of the games are available on this emulator to play with it is most seen to be advertised as other multiplayer mobile video games like PUBG mobile or Call of Duty mobile.

Nox player can definitely be your top choice but sometimes users do experience lag and if they have a low-end PC then it’s sometimes a hustle to run games smoothly but still Nox Player has a long way to go and never fails to surprise its users.

To conclude everything, LDPlayer is chosen to be a perfect match for you even if you have a low-end PC.experience the mesmerizing features of this famous RPG with some of the best powerful and lightweightandroid emulators.

Can Gaming Be a Source of Mindfulness?