Advances in tech that have made Online Gaming Possible

Tech has made the difference... 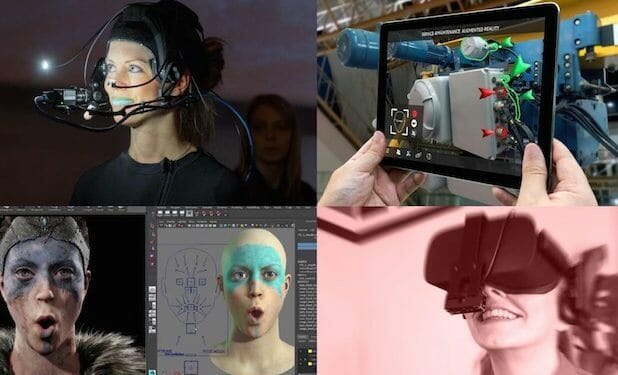 Technology has continued to shape the 21st century as several industries become heavily reliant on tech to develop concepts and attract clients. The gaming industry, for example, is among the sectors that have heavily benefited from technology.

To understand the role of tech in influencing online games, let’s take a look at some of the main advancements in modern-day gaming.

Before the turn of the century, playing multiplayer games of the complexity we have today without being in the same physical location was virtually impossible, be it on Xbox or PC. But, as technology continued to advance, consoles like Microsoft’s Xbox and Sony’s PlayStation adapted tech that allowed for multiplayer gaming.

You can now play multiplayer with a stranger in another continent, provided you have a stable Internet connection, thanks to advances in technology.

Virtual reality is the future of almost all games. VR gives gamers the ability to experience the game and its environment from a much-desired first-person perspective. You get to feel the game in addition to playing it.

Game developers design VR games in such a way that, once you put the headset on, you can control actions and make gameplay decisions by moving your body. This control allows for excellent user experience and has led to widespread speculation that virtual reality is the future of most online games.

It is impossible to talk about the impact of technology in online games without mentioning smartphones. Since the switch from traditional handsets to smartphones, mobile gaming has never been the same. People are now able to download games from stores and enjoy unlimited gaming.

You no longer have to own a console or a PC to play games online. Your smartphone is all you need to access thousands, if not millions of games online. The mobile gaming industry has grown exponentially since the days of snake or Tetris, which used to come pre-installed in traditional phones. Now you can easily install, update, or delete any game with the touch of a button thanks to technology.

Dubbed by many tech gurus as the next big thing in online gaming, cloud gaming allows you to play by accessing the game-providers’ server. You no longer need a console or video game to play cloud-based games.

All you have to do is enter the cloud-based game by installing a client or user program with permission to access the central server that runs the games. Cloud gaming changes modern-day gaming and reduces the market share of gaming consoles that require regular upgrades and the purchase of games to play.

According to WorldCasinoIndex, technological advancements have made it possible for users to download games and gamble online. There has been a rapid growth of sports betting sites and online casinos that provide users with the opportunity to make money online. Games like bingo and poker have become increasingly popular, more so since players can gamble and win cash without visiting brick-and-mortar casinos.

Provided you have access to the Internet, you can quickly sign up for sports betting sites or casinos and take part in online gambling games. Technological advancements have played a significant role in increasing the value of the gambling industry, mainly because of the broad reach of the online market.

With wearable gaming technology, gamers get to enjoy the freedom of controlling and determining actions without necessarily needing joysticks. Once you wear the wristband, goggle, or ring and activate the wearable device, you can control the various activities of characters while playing. An example is Intel RealSense tech that allows users to wave hands to control movements in the game.

Voice recognition is another technology that is changing the landscape of online gaming. By making voice commands, the gaming system can recognize your instructions, allowing you to determine gameplay decisions without holding your smartphone, joystick, or PC.

Although voice recognition is still some way before becoming integrated into most online games, it will change the gaming world once its application to games becomes complete. Voice recognition allows for smooth gaming, especially when playing action games.

Technology has allowed gamers to experience next-to-real gaming environments when gaming online. Initially, games were just mere representations of the real world, which made the games less entertaining. Nowadays, games come with bright and high-quality graphics that enhance the user experience.

You get to play in an environment that looks and feels realistic. Virtual reality has also played a role in creating gaming environments that resemble real-life scenarios or situations. 4k gaming has also gained prominence, thus leaving gamers excited at the prospect of playing in near real-life conditions.

With modern tech, you don’t just play online; you also get the opportunity to converse with your rivals or teammates when playing online multiplayer games. Tech has made online gaming interactive because, through the use of a camera, you can allow spectators to view and even comment while playing online. The interactivity explains the rise of YouTube gaming stars who provide tutorials for online games.

As technology continues to advance, online games will likely improve as developers look to integrate and maximize the advancements to attract more users. The better the user experience, the more probable a game is to become a hit, and developers want that.

Whether it is virtual reality to make sports betting and online casinos more believable, or voice recognition to allow for hands-free gaming, one thing is for sure: Technology is here to stay! Tech advancements probably will continue to influence and shape online gaming.

What are your thoughts on where gaming is heading? How and which Tech’s will change it the most? Let us know in the comment section below.