This week’s episode of Marvel’s Agents of Shield had a little bit of everything: action, drama, intrigue. It wasn’t a perfect balance, still two of the three story lines worked well enough to open up characters in new and exciting ways while also offering some nice action sequences which have become a staple of the show.

It was definitely interesting to see Malick in a new light as he struggled with a secret from his past, and added some much needed depth to a one dimensional villain. For the most part, Malick has been the antagonist for the sake of being the antagonist, leaving the engaging character development to Ward and his “unique” situation. However, this week we got to see how Hydra and their cult-like belief had an effect on his childhood, which was a new and interesting perspective. The selfish sacrifice of Nathaniel, Malick’s brother, and the sacrifice of Malick’s daughter were effective ways to build a connection between Malick and the audience in short fashion while also adding to the raw fear Ward’s Hive instills in the show. While it would’ve been nice to have Malick’s daughter developed further, or perhaps introduced sooner, her death was still a nice twist in the final moments of the show, leaving Malick’s character in question.

Daisy and Lincoln had, arguably, the plot line that would’ve been the most intriguing in any other episode. The two go off in search of an inhuman who hasn’t gone through terrigenesis and who may know something about Hive. This leads to the coolest and most visually satisfying moment of the episode, as Daisy sets off a series of land mines with her powers. As it turns out, their target had an orb of sorts which he stole from Afterlife before his expulsion along with some information about Lincoln’s past. The final discussion between Daisy and Lincoln, in which Lincoln told a fairly heart-wrenching story of an alcohol-induced car wreck and his ex-girlfriend, was far and away the most truthful and successful moment of the week. Throughout the entire story, we were waiting for the moment where Lincoln’s powers came into play, but they never did. This was an important play from the writers: returning us to the core idea of these being real people in a super-powered world, whether they now have powers or not.

Finally, we got a plot line that featured Coulson, Mack, and May going after Giyera, Malick’s psychic bodyguard. Any time Giyera is on screen, he is a force to be reckoned with, and this was no exception. The battle between him and May in the enclosed room was a return to form for the female warrior, though it didn’t reach the same level of exceptional that prior May fight scenes have. However, the real power of Giyera came about when he broke out of his pod and used his powers to hijack the entire jet. This was extremely impressive, and I honestly couldn’t help but smile as the jet landed. One man took down the majority of the Shield team. Where can the show go from here?

Turns out, the answer is (finally) the Secret Warriors. In the final moments of the show, May sends a distress call to Daisy, and Lincoln talks Daisy into calling in the Secret Warriors. This is an extremely important time for Shield. The Secret Warriors is an important and beloved storyline in the Marvel comic universe, and they are choosing to bring them to light as The Defenders are beginning to assemble over on Netflix and The Avengers are rising in Captain America: Civil War. This has the potential to be a proving point for Shield in the MCU, and a much needed one. If the show can manage to pull this off, it could be a major boon in the show’s pocket.

Returning to this week: The episode was solid, and featured some moments of awesome action and real human emotion, but not everything landed as well as Giyera landed the jet. I’m still not the biggest Daisy/Lincoln fan, as their interactions are often shallow and unrealistic, though their final scene was a step in the right direction for the characters. The Malick storyline was successful, but Coulson and May offered less depth this week than usual, instead resigned to a purely action-based role. It’s not always a perfect balance of Shield, but things keep moving closer.

Marvel’s Agents of Shield airs Tuesdays at 9/8c on ABC. 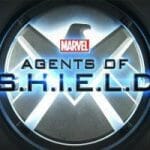