Earlier this week, Netflix revealed that the upcoming anime film Words Bubble Up Like Soda Pop, will premiere on Netflix on July 22. A new trailer was also revealed. The anime was originally meant to release in 2020, but was delayed due to COVID-19.

Netflix describes the film as:

After meeting one bright, sunny day, a shy boy who expresses himself through haiku and a bubbly but self-conscious girl shares a brief, magical summer.

This week, the official website for the anime film Hula Fulla Dance revealed its December 3 premiere date, as well as new cast members and a promotional video.

The official website for Let’s Make A Mug Too announced that the anime is receiving a second season, set to premiere in October. The anime’s first season aired in Spring 2021 and ended with 12 episodes.

Crunchyroll describes the story as:

Together with her father, who had quit his salaryman job, Toyokawa Himeno moves to Gifu prefecture’s Tajimi city. That’s the city where her mother is from, whom she had lost when she was still young. Himeno is now attending her mother’s alma mater, where her classmate Kukuri Mika invites her to tag along to a special place. That place turns out to be the pottery club! There, she learns for the first time that her mother was a legendary potter, and is consequently pulled into the world of pottery.

The official website and Twitter account for the anime adaptation of Naoki Yamakawa and Akinari Nao’s I’m Standing on a Million Lives (100-Man no Inochi no Ue ni Ore wa Tatteiru) manga revealed a new PV and cast members for the anime’s second season.

Kodansha Comics publishes the manga in English and describes the story as:

Ninth grader Yusuke Yotsuya is practical, friendless, and not active in any clubs. Then one day, he and two female classmates are suddenly sent to another world where they must work together to battle for their lives. Yotsuya is a lone wolf and has always lived his life according to his wants, but how will that work out now that he’s supposed to be a hero?! Get ready for a one-of-a-kind fantasy story that will challenge everything you thought you knew about fantasy!

Battle in 5 seconds after meeting PV

The official website for the anime adaptation of Saizō Harawata and Miyakokasiwa’s Deatte 5-byō de Battle (Battle in 5 seconds after meeting.) manga revealed the second promotional video for the anime. The anime is set to premiere on July 12.

Type-Moon and Project Lumina announced earlier this week that developer French Bread’s fighting game Melty Blood: Type Lumina, will release on PC via Steam, and will launch for Nintendo Switch, PlayStation 4, and Xbox One as well on September 30. A new announcement trailer was revealed along with the game’s playable characters Hisui and Kohaku. The game will also have a deluxe edition, which includes a digital book and soundtrack. The game will also have text in Japanese, English, Traditional Chinese, Simplified Chinese, and Korean.

Drugstore in Another World PV and Theme Song Artist Revealed

This week, the official Twitter account for the anime adaptation of Kennoji and Matsuuni’s Drugstore in Another World: The Slow Life of a Cheat Pharmacist (Cheat Kusushi no Slow Life – Isekai ni Tsukurō Drugstore) light novel series a full promotional video for the anime. 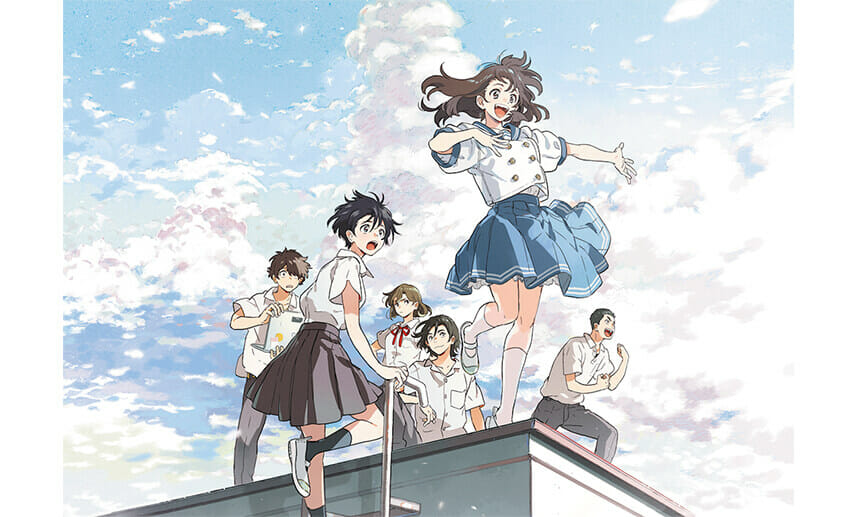 In the August issue of Kodansha’s Afternoon magazine, it was revealed that Funimation and J.C. Staff’s original anime film Sing a Bit of Harmony (Ai no Utagoe o Kikasete, literally “Let Me Hear You Sing of Love”) will receive a manga adaptation that will debut in the magazine this fall. Megumu Maeda is drawing the manga.

The anime film will premiere in 2021 in Japan, and is tagged as “coming soon” to theaters in the United States and Canada.

Funimation describes the film as:

The film tells the story of a new transfer student interested in her surroundings, and a song that brings happiness to her and her classmates. This week, Square Enix announced a new TV anime as part of the Deep Insanity Project titled Deep Insanity: The Lost Child, that will premiere this October.

The project is set in a world overrun with the mysterious “Randolph syndrome” that causes sudden comas. Simultaneously, a massic underground realm called “Asylym” was discovered at the South Pole as the syndrome’s origin. Weird creatures, unlike any on the surface, dwell there with previously unknown natural resources. To cure the Randolph syndrome (and to get rich plundering the creatures’ genetic data and underground resources), people set foot in the Asylum. The official Twitter account for the anime adaptation of Asato Asato’s 86 EIGHTY-SIX light novel series announced that the anime’s second season will premiere in October. A teaser trailer was also revealed.

Today, MAPPA revealed additional cast members and a new promotional video during its 10th anniversary livestream for the television anime adaptation of Coolkyoushinja and Amahara’s Heion Sedai no Idaten-tachi (Idaten Deities in the Peaceful Generation) manga. Additionally, Tatsuya Kitani (Mob Psycho 100 II, Sirius the Jaeger) will perform the opening theme song “Seija no Kōshin” (Parade of Saints). The anime is set to premiere on July 22.

Viz Media is publishing the manga simultaneously digitally and describes the story as:

Denji’s a poor young man who’ll do anything for money, even hunting down devils with his pet devil-dog Pochita. He’s a simple man with simple dreams, drowning under a mountain of debt. But his sad life gets turned upside down one day when he’s betrayed by someone he trusts. Now with the power of a devil inside him, Denji’s become a whole new man—Chainsaw Man! 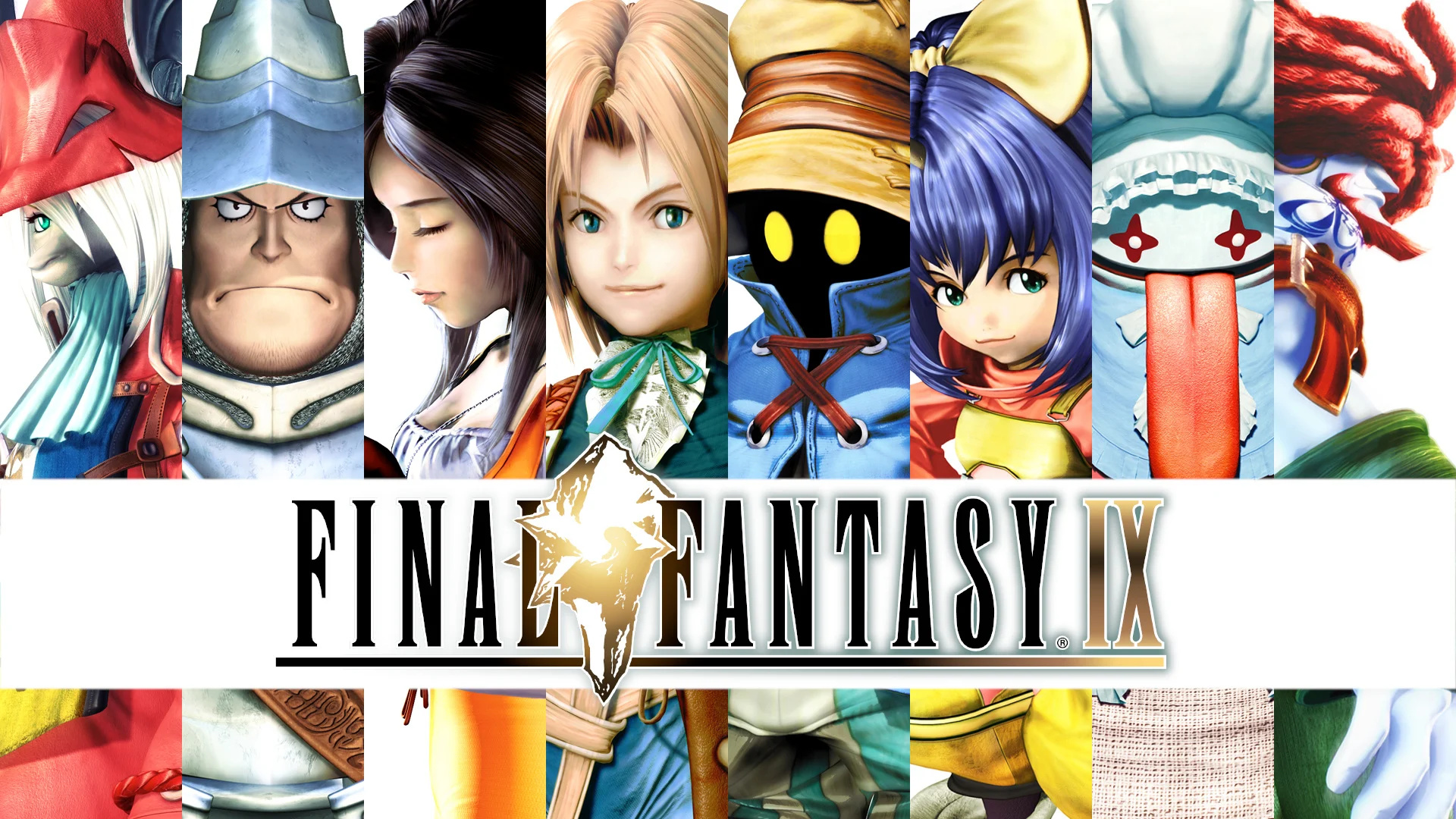 Cyber Group Studios and Square Enix announced that Final Fantasy IX will be adapted into an animated series for eight- to 13-year-olds. Cyber Group Studios will handle production, worldwide distribution, licensing, and merchandising.

Sissmann commented on the news saying:

“The [Final Fantasy] games have a strong co-viewing potential, for those who do know Final Fantasy IX, this will be an [introduction]. And for the many who don’t, this will immerse them in a universe they’ll love.” Today, Warner Bros. Japan and Square Enix announced that it will produce an anime adaptation of the classic  JRPG Legend of Mana, titled Legend of Mana – The Teardrop Crystal. The animation project is part of the series’ 30th anniversary. The animation production will be from Graphnica (Record of Ragnarok) and Yokohama Animation Laboratory.

When the animation project was first pitched to me, the remastering of “Legend of Mana” was not even in discussion.

I initially attended the meeting without deep thoughts, but when Mr. Yawata from Warner Bros. Japan passionately pitched the “Legend of Mana” animation project (with so much love), I realized I need to create the game as soon as I can.

So rumor has it, that’s how the HD remaster project began.

Fans of the “Legend of Mana,” please be assured.

The people involved in the project still have the love for the series just the same as back then.

Square Enix describes the series as:

The Mana series, known as Seiken Densetsu in Japan, is a long-running action-RPG series spanning multiple entries for nearly three decades. The series is known for its enchanting characters, story and music, as well as pioneering an action-oriented approach to traditional JRPG combat. An updated version of Legend of Mana™ is set to release on June 24, 2021, bringing remastered visuals, a rearranged soundtrack, and the “Ring Ring Land” mini-game to the West for the first time.

MAPPA also revealed during its 10th-anniversary event that it will produce an original anime film with Mari Okada (Maquia, Anohana, Her Blue Sky) titled Alice to Teresu no Maboroshi Kōjō. The main staff was also revealed.