My Episode 1-3 Impressions On Gleipnir 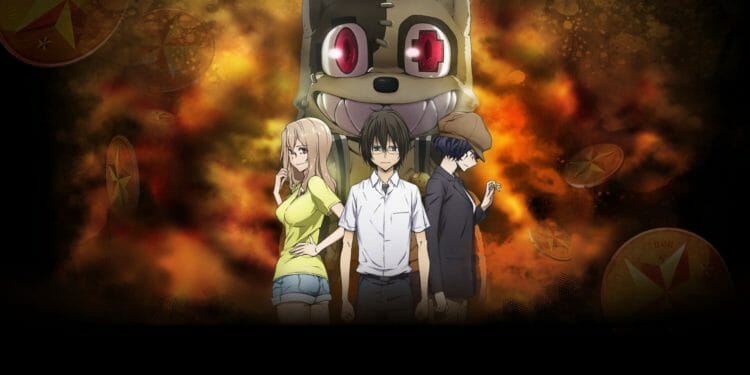 I have a lot of conflicting feelings towards Gleipnir as, for me, it starts in the least appealing way possible. The first thing that occurred to me while watching this anime is how hard it tries to be “edgy” for the lack of a better term. We are met with a confusing opening that involves the series McGuffin golden coin being used in a vending machine that seemingly grants powers to its user.

The vending machine doesn’t grant powers, of course, that’d be weird. What does is the mysterious blond man that comes out of the vending machine and grants powers as thanks for finding his precious coins. Yes, it’s quite a confusing opening.

We then meet the protagonist Shuichi Kagaya, a highschooler who seemingly enjoys his mundane and uneventful life, yet there seems more to his character. To put it in plain terms, Shuichi is a loser. One who forces himself to be happy to maintain the status quo. This seems rather confusing a first until we discover why. What Shuichi tries desperately to hide is his ability to transform into a monster, (that looks like a bear costume) seemingly at will.

We are first introduced to Shuichi’s furry alter ego when he discovers a girl in an abandoned building on fire. After careful consideration, Shuichi proceeds to rescue this girl as he believes that is the right thing to do. When he successfully saves her, we then see Shuichi’s primary weakness, his unquestionable teenage hormones. Coupled with his beast-like transformation, he finds it hard to control himself as he pulls her panties down her unconscious body, and almost does something unspeakable to the girl. Quite an introduction eh? 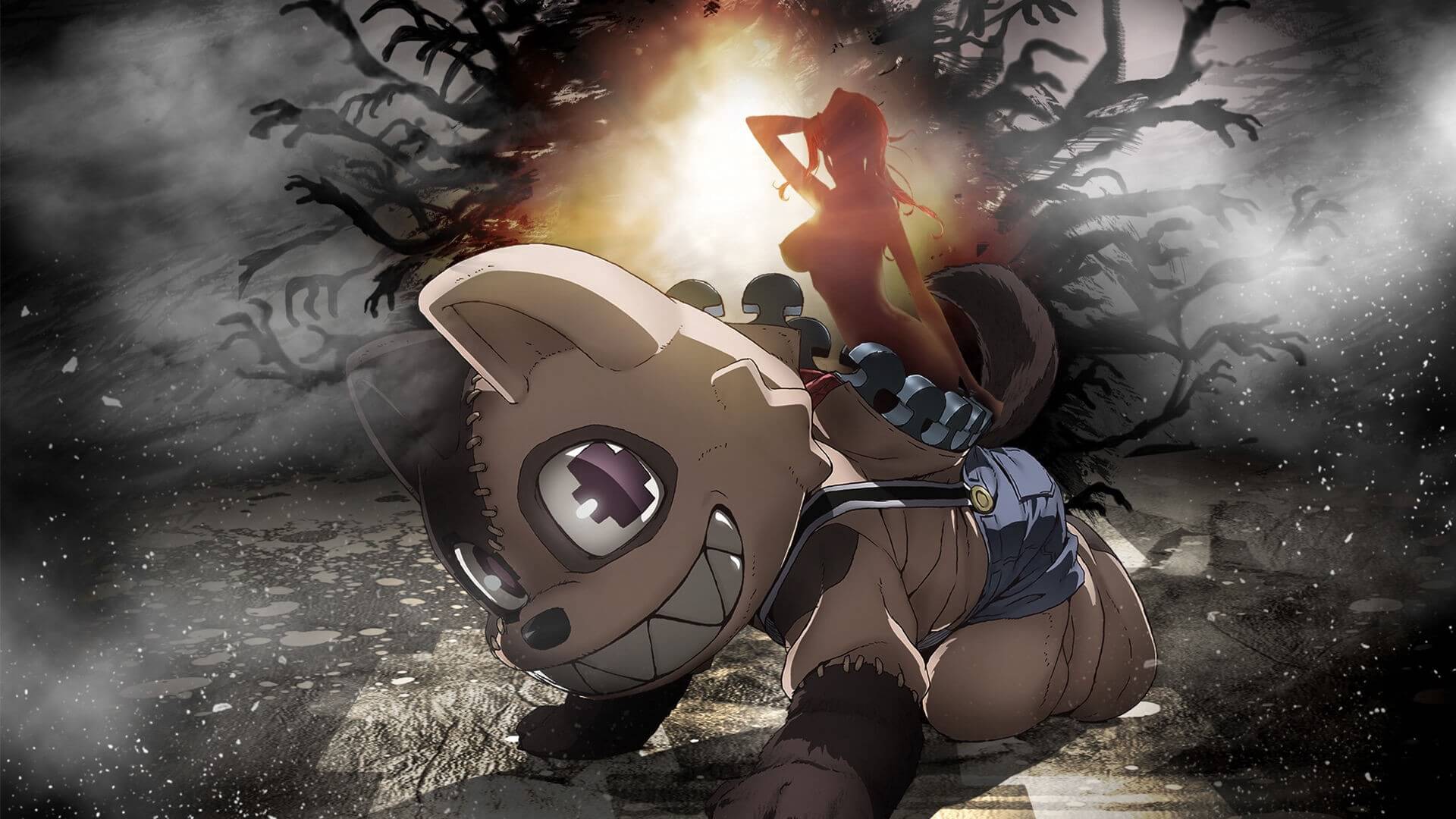 Luckily he’s able to stop himself, however, and leaves the scene plagued with shame. The next morning, he realizes he’s lost his phone back where he left the girl. This is where both Shuichi and the viewers are first properly introduced to Clair, the girl he saved the night before. Clair has his phone, and she uses this as an opportunity to blackmail him into doing what she wants, or she’ll expose what she saw the previous night.

See, while Shuichi is a timid loser type who likes to do the right thing at all times, Clair seems to be the complete opposite. She’s a sociopath who only seems to enjoy tormenting others and has no qualms in using people. And with how easily submissive Shuichi is, that isn’t hard to do.

The relationship between these two is further explored in episode 2 when they are chased down by a similar monster type girl and their inevitable battle for survival. The superb level of animation and choreography the series showcases so far cannot be ignored.

The motions are expertly made without limiting the frames of animation. I’m especially a sucker for short yet high impact fighting scenes that don’t shy away from gore or intense moments, and Gleipnir provides it in spades in just a single episode. 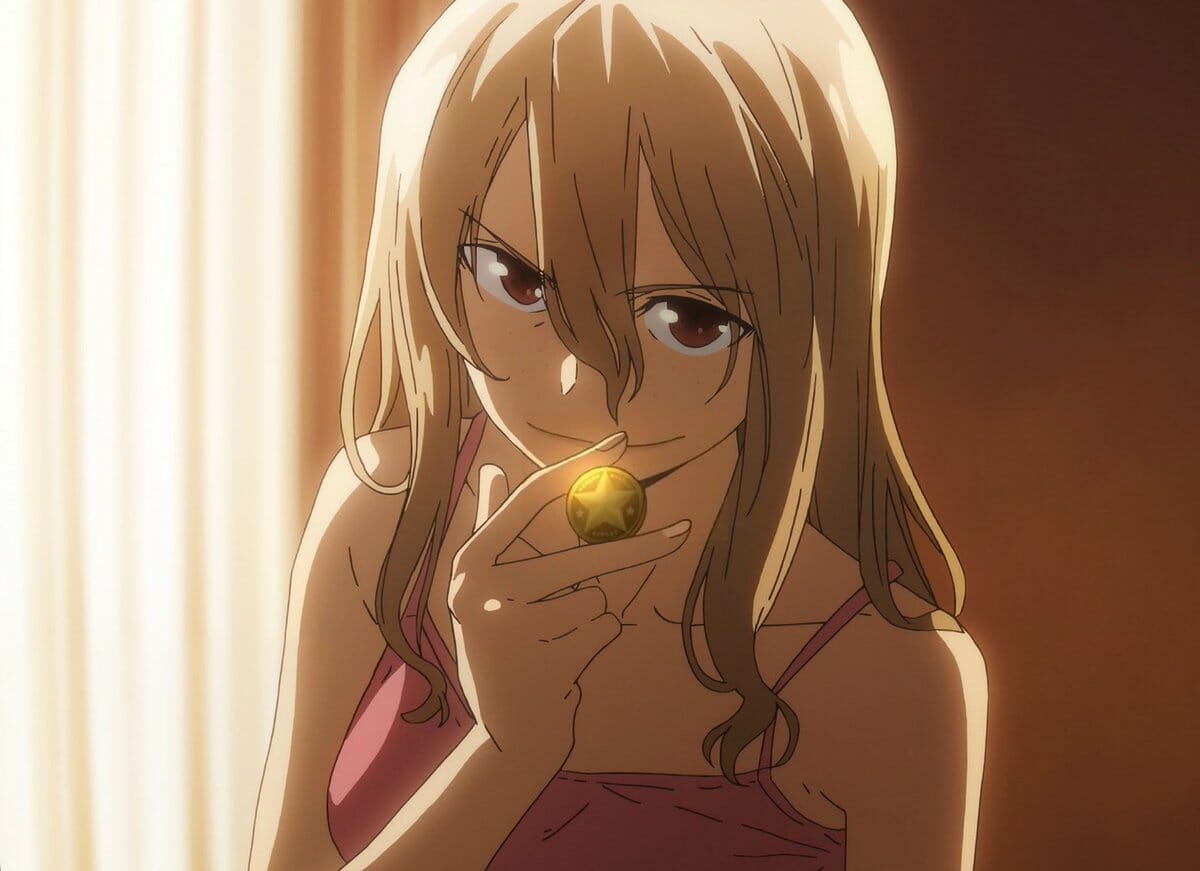 The whole show is reminiscent of anime like the previous season’s Darwin’s Game, or even Mirai Nikki, where a bunch of powered individuals (especially teenagers) battle one another for a prize or just plain survival.

Be that as it may, Gleipnir is quite a fun anime to watch while still woefully plagued with a lot of flaws. Viewers should be aware of what they’re getting into with this one before watching.

You can stream Gleipnir on Funimation right now.

Have You seen Gleipnir? If so, what do you think of it? Let us know your thoughts in the comments section below.

Anime Impressions: Sing “Yesterday” For Me