Pompo: The Cinephile recently reminded me why I love anime films so much. There’s a distinct level of passion that not many pieces of media display, but this film oozes it. It does a great job of telling a masterfully crafted yet oddly simple tale by highlighting the contrast and parallels between its narrative and production, making for a surprisingly meta viewing experience. 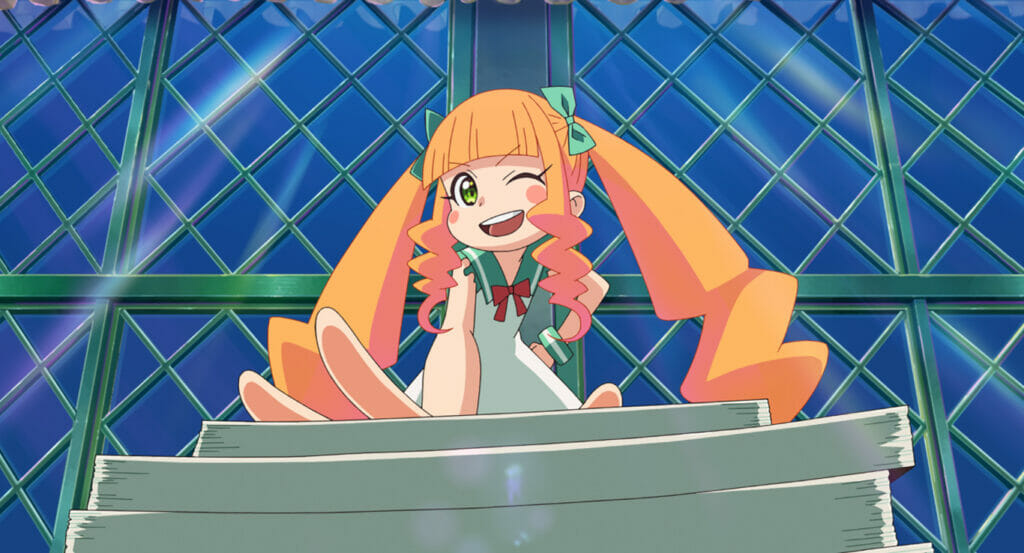 Pompo: The Cinephile wastes no time with exposition as it quickly introduces viewers to one of its main leads Gene Fini, a young and timid man with a passion for cinematography and films. So it’s no surprise that he works as an assistant to Joelle Davidovich Pomponette, a brilliant film producer with a fondness for B-films. But unfortunately, while Pompo is regarded as a brilliant producer with an eye for talented people, not one film has managed to astound her in any way. So to change this, she tasks her drab but knowledgeable assistant Gene, to make a movie that’ll do just that. The film follows Gene and his struggles in directing the movie ‘Meister’ made from a script written by Pompo, with the help of Martin Braddock, the best actor in the world, and Nathalie Woodward, a newbie actress who’s just gotten her big break. 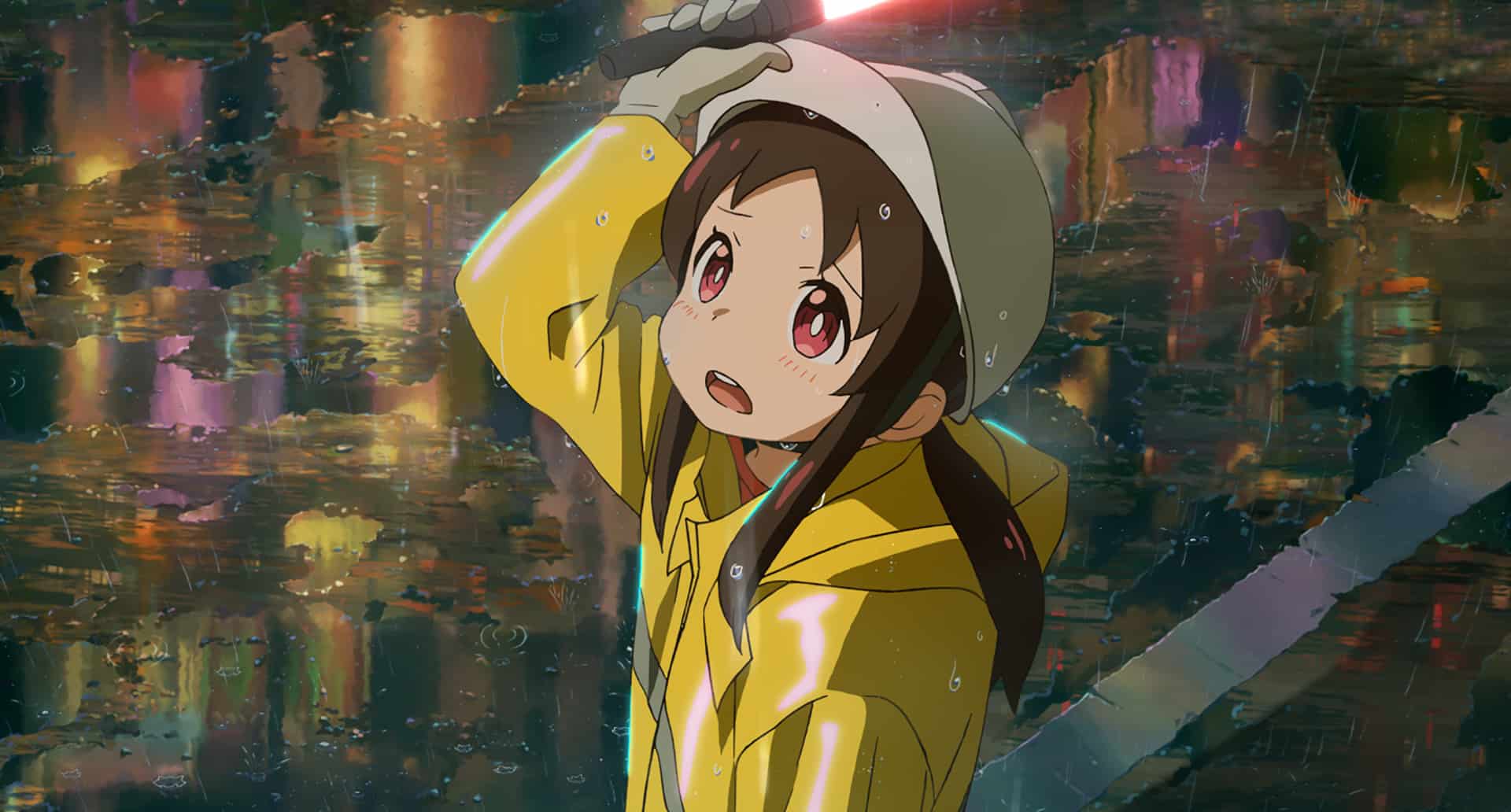 A Story Mirroring its Characters

The first thing I noticed about the film, aside from its impeccable production quality, which we’ll get to later, is the distinct lack of detailed character backgrounds common with most anime. The film jumps right into things by introducing us to its characters as the events unfold, as if it was in a rush to get to the main event. We’re given no detail on Gene’s past, and the little we know about Pompo is that she grew up with her famous producer grandfather, where she gained her appreciation for the medium. We also don’t know why Martin Braddock is “the best actor in the world”, only that he is. The only character who’s given focus in this regard is Nathalie, the film displays her life shortly before being cast by Pompo. It also shows us why she wants to become an actress and what drives her to chase her dreams, making it easy to relate and bond with the character.

However, this isn’t to say that the rest of the film’s characters are empty, as it still does an excellent job of making them highly compelling, from Gene’s neurotic nature and Natalie’s contrasting boisterous attitude to Pompo’s oddly wise and opinionated nature and Martin’s lovably charming demeanor. Despite taking the time to do so, the film makes its characters interesting not through their backgrounds but through their actions.

The film then brilliantly builds on these established facts by making the characters go through a transformation during its events, with Gene’s internal creative struggles as a director being at the forefront. In the latter half, Meister is done filming, and it’s up to Gene to edit over 70 hours of captured footage. Without spoiling too much, Gene begins to spiral upon accepting this responsibility as he finds that it’s much harder than he thought when he begins to see a shocking parallel between him and the movie’s lead. I found the way the film tackled this to be highly engaging, albeit overly dramatic at times, and the conclusion it leads to immensely satisfying. 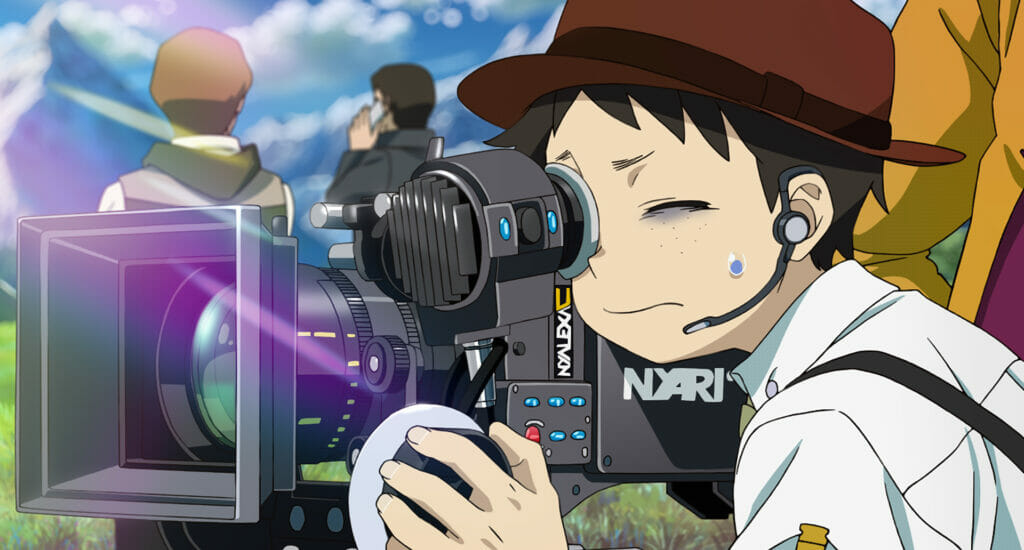 A Film About Films

However, Pomo: The Cinephile wouldn’t be half as entertaining as it is without its fantastic production quality. Essentially, the film is one of the most well-produced anime films I’ve seen in a long time. It is fundamentally a film about films, and the staff at studio CLAP did a fantastic job of displaying this fact. The film uses an almost jarring amount of visual styles and effects, all blended together with masterful direction seen chiefly through its incredibly crisp and detailed visuals and the expert use of the aforementioned visual effects to drive home a point. A great example of this is seen halfway through the film when Pompo casts Nathalie and Martin as the main leads of Meister. The way the film displays the stark contrast between the characters and how it perfectly matched Pompo’s description of said characters was highly captivating.

Though my favorite part of the film’s production has to be the several unique and incredibly smooth transitions that always left me astonished whenever one came up. Another aspect of the film I highly appreciated is how it displays the intricate process of producing a movie, including the exciting casting process, the detailed oriented and almost monotonous filming process, and the daunting task of editing it all together. The staff also proved how well researched they are on numerous occasions by highlighting the best parts of cinematography through several nods and callbacks relating to the industry. I’d also like to applaud the film’s director Takayuki Hirao, who’s come a long way from his days directing the critically bashed anime film adaptation of Junji Ito’s Gyo. 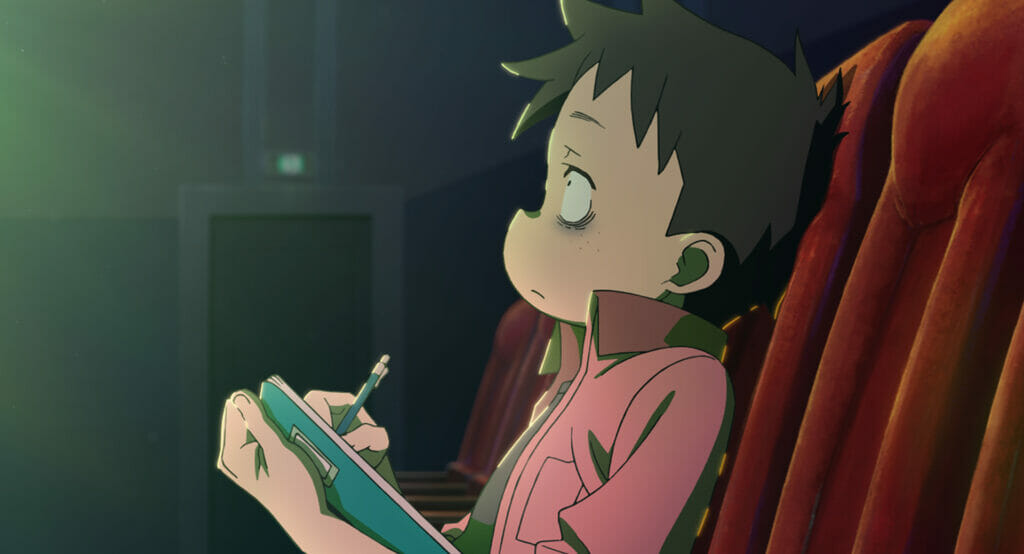 Overall, Pompo: The Cinephile is an almost perfect anime film for what it is conceptually. Despite the narrative making a significant leap from being simplistic to highly dramatic, the film still achieves everything it sets out to accomplish and presents its message in the most beautiful way possible.

Pompo: The Cinephile is screening now in theatres worldwide. A Screener of the film was provided by GKIDS for this review.

Are you a Cinephile yourself? What did you think of our review? Let BagoGames know your thoughts in the comments section below.

Pompo: The Cinephile is an almost perfect anime film for what it is conceptually. Despite the narrative making a significant leap from being simplistic to highly dramatic, the film still achieves everything it sets out to accomplish and presents its message in the most beautiful way possible.

The Rising of the Shield Hero Season 2 SimulDub Out Now