Away: The Survival Series Review 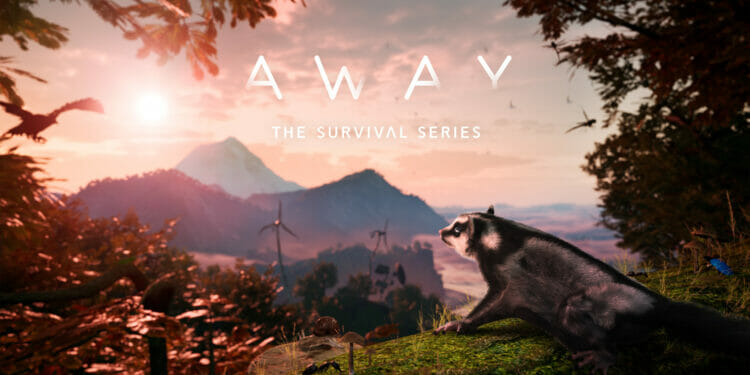 Away: The Survival Series contains all the ingredients of a Sam-Approved game: quirky, post-apocalyptic plot, exploration mode, animal protagonist, and a unique style. Beyond that, Breaking Walls is an indie developer and there is nothing I love quite as much as throwing my support behind smaller studios. I should really love this game. Unfortunately, despite having a great premise and overall concept, the game falls short. In short, it feels not only unpolished, but unfinished. 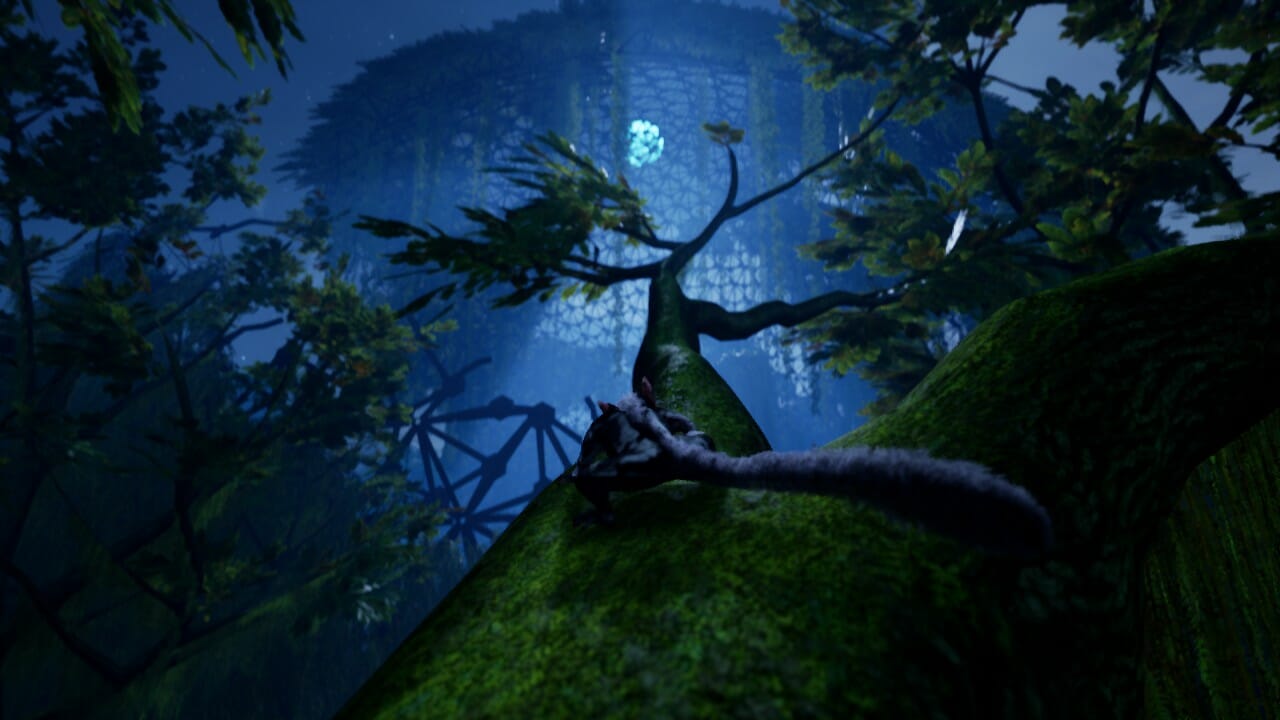 Life as a Sugar Glider

In the story mode of Away: The Survival Series, you play as a sugar glider. Me, being a huge fan of animal protagonists, delighted in the prospect. And, initially, the game caught my interest. You follow a sugar glider and their mother through an island after the events of some sort of apocalypse. Eventually, a predatory bird captures your family and you must set off to rescue your mother and sister. Along the way, you need to avoid dangers, fight enemies, and (of course) traverse unforgiving landscapes. A David Attenborough-esque voice narrates your journey through this world, framing the game as a documentary of sorts. The stylistic choice is neat and absolutely something I haven’t seen before.

This narrator also helps with world building. As you explore the island, occasionally you come across the remnants of humans in the form of signs or buildings. Often the narrator chimes in and describes the history of the buildings. Personally, I loved this choice. Framing a story about a human extinction event in a story about a sugar glider surviving a harsh world felt fresh. It pushes the story of the game past just an animal exploration simulator and into more exciting territory.

The game, however, delivers a disappointing experience overall. 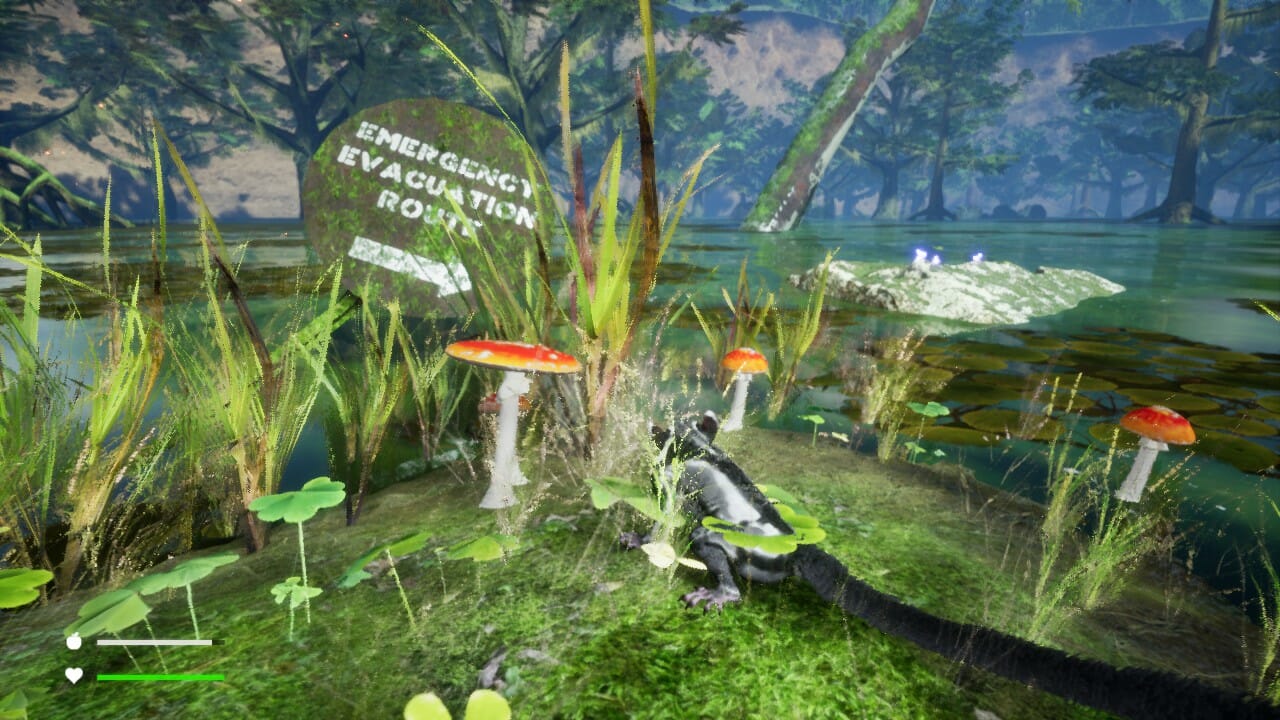 Documentary-Style Beauty in Away: The Survival Series

One of the graphics options for Away: The Survival Series is “documentary” mode. I fully expected to be blown away because that is the best graphical option. Unfortunately, it did not do so. During cutscenes and low-action moments, I caught glimpses of the game’s potential for beauty. Those brief glimpses were great. However, if I had to move, the graphical quality seemed to drop dramatically. For a game that lauds itself on documentary-style shots and beauty, I found the finished product to be rather lackluster.

Visually, the game does some interesting things. When poisoned, the screen turns into a plethora of psychedelic colors. If you’re close to alerting a predator, the screen bleeds red around the edges. That said, these small “neat” visual aspects don’t make up for an overall disheartening graphical performance.

Some of the graphical issues were downright comical. While following my sugar glider mother in the tutorial, occasionally, she would just clip into the spot she was supposed to be. At another point, I looked up and could see the graphical box the sky was contained within. Honestly, I was surprised that this was the top-graphical option for the game. It seemed to be trying to do something far beyond its capabilities. That said, disappointing graphics and the occasional hilarious glitch isn’t enough to write a game off. 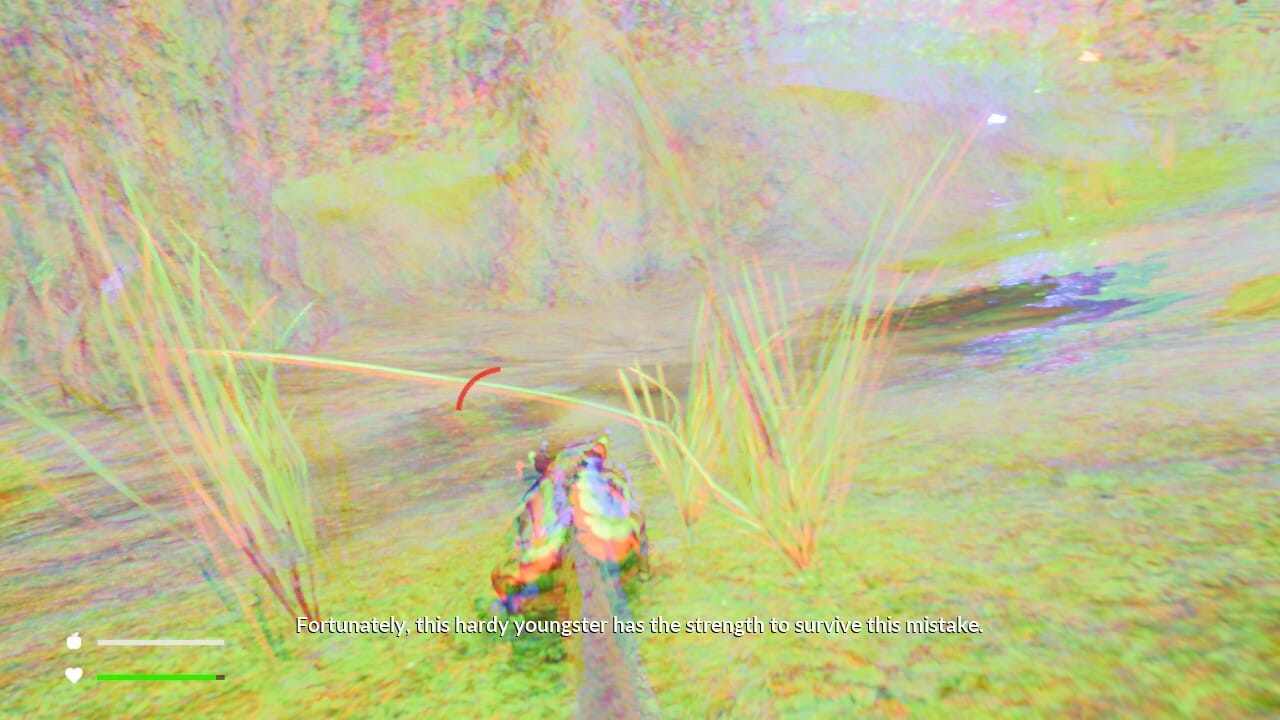 I cannot, in good unconscious, call the game unplayable. Technically, you can play through this game. Is it fun? Unfortunately, not really.

The game’s controls are not very tight. Often, I felt that my sugar gliders actions were delayed. This made “challenging” parts of the games feel unfair. There is a mechanic in which you have to fight snakes. This involves a fair amount of carefully timed dodges. However, due to the game’s controls being exceedingly awkward and delayed, the snake often killed me by no fault of my own. One second, I was several feet away from the snake and the next second, I would be within “death” range.

Sugar Gliders often climb trees to take off. One would hope that a game about a sugar glider, would have really smooth “climbing” mechanics. As you can likely guess, it did not. As I climbed trees, randomly, my sugar glider ended up upside down. The process of getting it right-side up was far more challenging than it had any right to be, due to unintuitive controls.

Beyond simply having awkward controls, Away: The Survival Series somehow manages to include some of the worst video game tropes. There not only a very irritating “stealth” mission where you need to barely type forward to avoid waking a predator that leads to automatic death, there is also an escort mission where you defend your mother from a horde of spiders. Quicktime events sometimes killed me even before I had a chance to respond to the button prompt.Even in the best of games, these types of missions can be hard to do right. In a game with laggy controls, it made me want to pull my teeth out. 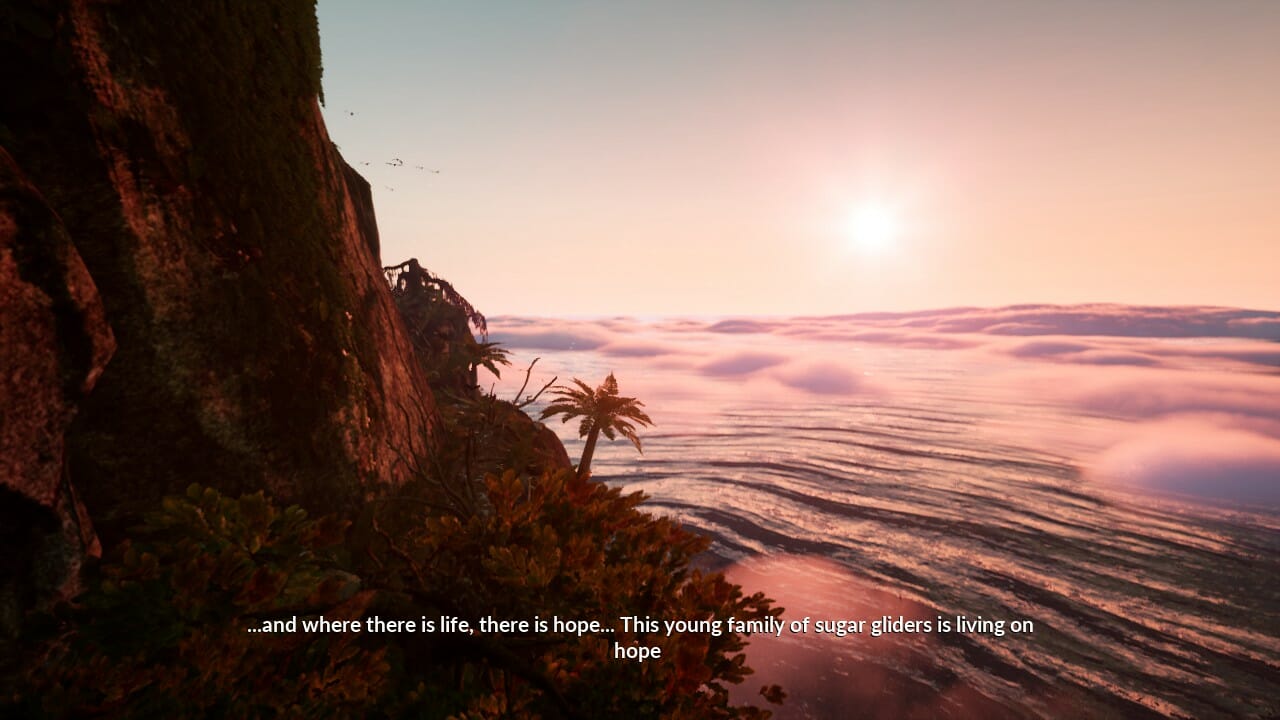 Exploration Mode in Away: The Survival Series

The best part of the game had to be exploration mode, which wasn’t ready until a release-day patch. In this mode, you possess various creatures and simply explore. Though not perfect and not particularly dynamic, exploration mode was perfect for just that – exploring. It was fun to play as a few other animals and see how they move about the island.

That said, exploration mode felt mostly like a “gotta catch them all”, as it is simply wandering around, possessing different animals. However, as exploration mode only kept my attention for maybe an hour, it is not redeeming.

Away: The Survival Series had potential. That said, it failed to deliver on almost every front. Games are supposed to, for the most part, be fun. Unfortunately, I cannot say this is a fun experience. The weird graphical glitches, buggy missions, and bad controls all make this really neat concept feel unfinished. I would have loved to see this game in a more polished and “finished” format, but isn’t it.

This review is based on a key provided by the developers

Away: The Survival Series

Despite having a cool concept, Away: The Survival Series feels like an unfinished and unpolished product. Overall, not a super fun experience.