BagoGames > Articles > Opinion > Blizzard’s Attitude Towards Blitzchung is Outrageous, but Not Surprising

Blizzard’s Attitude Towards Blitzchung is Outrageous, but Not Surprising

Surely, you've all seen this coming 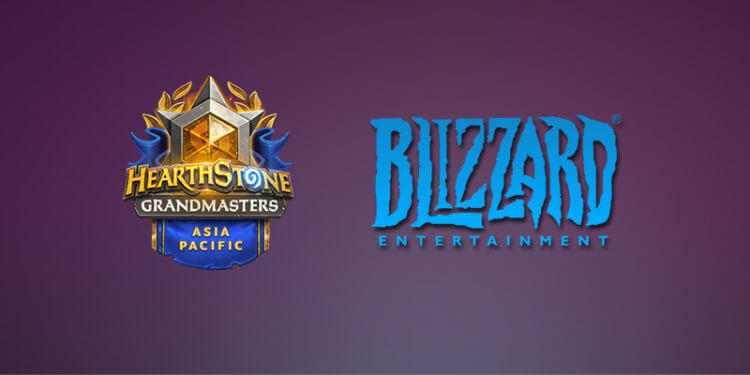 The current state of the western game industry cannot look any bleaker than it does at the moment. We are living in an age where people can’t trust companies or brands due to severe breaches of trust between the company and the consumer.

However, some people are regarding Activision-Blizzard’s actions as surprising or shocking when in reality, this has been a common issue for quite some time. While I can’t discuss the reason without assuming the thought process of the population, I can talk about how this development (while outrageous) shouldn’t be shocking.

Blizzard’s stake in this conflict of interest between consumers and investors has opened the eyes of many gamers. However, some information is still missing due to how much is currently happening. This, in turn, can lead to confusion and I firmly believe that a comprehensive line of events would be much better. As such, I’ll briefly talk about the the “How” and “Why” we’re in this situation before heading into the current state of events.

Part 1: Who Got Punished? Why did they get punished?

Let’s talk about Ng “Blitzchung” Wai Chung, the alleged perpetrator behind this incident. Blitzchung made a statement during an interview that got him suspended for a year (now 6 months). In his post-game interview, Wai Chung said, “Liberate Hong Kong. Revolution of our age”, prompting a ban for himself and the broadcasters that allowed him to say these words on stream.

What Blizzard considered a “divisive social or political view” has become the subject of controversy among the members of various gaming communities, even those outside of Hearthstone. U.S. Senators Marco Rubio, (R-Fla.), and Ron Wyden, (D-Ore.), tweeted statements denouncing Blizzard’s action, saying it had given in to capital influence from China.

The reaction was also swift and merciless. Countless players have been reportedly cancelling their subscriptions to games like World of Warcraft or deleting their BattleNet accounts completely. In turn, this has forced Blizzard to provide a statement regarding the situation.

In a lengthy statement, Blizzard has explained the reasoning behind the ban of the eSports player:

Playing fair also includes appropriate pre-and post-match conduct, especially when a player accepts recognition for winning in a broadcast. When we think about the suspension, six months for blitzchung is more appropriate, after which time he can compete in the Hearthstone pro circuit again if he so chooses. There is a consequence for taking the conversation away from the purpose of the event and disrupting or derailing the broadcast.

As for the casters, Blizzard decided to reduce their suspension to six months as well. They mentioned that the ban occurred due to the fact that they didn’t fulfill their purpose:

Remember their purpose is to keep the event focused on the tournament. That didn’t happen here, and we are setting their suspension to six months as well.

There are some problems with the statement that by far expose the inconsistencies. Let’s start by the most obvious one:

When this conflict started, a group of rogue participants of a Hearthstone tournament on the American University team flashed a sign that said: “Free Hong Kong, Boycott Blizzard”. You can watch the clip as it happened right here:

The aftermath contradicts the statement. None of the players from AU were suspended or reprimanded for their behavior. In fact, TESPA kept the team in the tournament and even scheduled another match. This contradicts the statement because it paints Blizzard as hesitant to suppress free speech when it happens in America, on an English language stream.

Of course, once it comes down to a Chinese player from Hong Kong doing the same stunt, things change drastically. Proof of this is the following statement provided by Blizzard to the Chinese region.

We are very angered and disappointed at what happened at the event and do not condone it in any way. We also highly object the spreading of personal political beliefs in this in this manner. Effective immediately, we’ve banned the contestant from events and terminated work with the broadcasters. We will always respect and defend the pride of [China]

This is especially alarming considering that the statement also mentions that Blizzard’s relationship with Chinese companies did not have any impact on this decision. This, coupled with the discrepancy found with the other players (Keep in mind, Blitzchung did NOT even call for a boycott against Blizzard compared to the AU protesters).

This statement is flimsy and it almost feels like the company isn’t even trying to hide their intentions… Perhaps that’s because they have no choice but to make the best out of the awful card deck they’ve been left with.

Part 4 – A Glimpse of the Truth

I’ve mentioned this several times before in other articles. However, it bears repeating that China’s role in the gaming industry is actually dangerously higher than any of us could expect. Rob Fahey wrote an expose in Gamesindustry.biz about the presence that China has had over the western game industry. It has been perfectly clear and widely stated for many years that China’s major media companies — like Tencent and NetEase hold a stake on Activision-Blizzard. With Tencent owning 4.9% of the company alongside a partnership to launch Call of Duty Mobile; and NetEase, which operates Blizzard’s games in China and is responsible for Diablo Immortal.

This isn’t a secret either, this has been information that’s been readily available for us for quite some time. Unfortunately, any western company which fostered close commercial and financial ties with Chinese firms is victim of this problem. There’s this attitude that the Chinese want companies to have to have games that cater towards the people in China.

If you don’t know, mobile gaming is one of the most prominent markets in China. And naturally, their preferred method of playing these games is with Microtransactions and loot boxes. This is only exacerbated once people realize that the Chinese gaming market is a rapidly growing market that Blizzard simply cannot afford to lose, especially with how many games are allowed to be there.

In other words, they don’t have any other solution than to appeal to both Chinese and Western game markets. The first part has already been done. However, the western gaming scene has been made aware of how shady this kind of operation can be. As such, they won’t listen to this statement that crumbles under the slightest bit of pressure.

Conclusion: What can be done?

The reality of this situation stems from the fact that the Chinese Market has an iron grip on the majority of the western game industry companies. If the people do not realize this fact, problems like the one happening with Blizzard will continue happening over and over again.

The consumer boycotts of Blizzard’s products this week are well-intentioned and justified, but compared to the weight of the potential consequences to Activision Blizzard from really upsetting its Chinese partners, they amount to little.

However, some companies do think that they’re exempt from this treatment. Such as Tim Sweeney who has recently pre-empted any situation by saying it would never censor a player’s expression as Blizzard had done. This concern was raised due to the fact that Tencent owns a 40% stake on Epic Games and is one of the more blatant China-linked companies in the industry.

While some people might be skeptical about Tim Sweeney’s statement. Let’s not forget that their biggest landmark (Fortnite) has actually been banned from China alongside PUBG due to ‘blood and gore,’ and ‘vulgar content.’ As such, perhaps Tim believes that his company won’t lose much since the Chinese Market isn’t there to be lost to begin with, so freedom of expression can be enforced without worrying about upsetting censors.

The reality of the situation is that the gaming community in the west has unearthed a reality that few people in the game industry have mentioned. Everyone knows about the attractive capabilities of the Chinese Market… However, do they know exactly how big of an impact the Chinese market has over many of the most recent decisions in the industry?

Make sure to find out more about this impact on the next op-ed from me. In the meantime, have you joined the protest against Blizzard? Are you aware of the Chinese gaming market’s impact on the western game industry? What do you think you can do to help Hong Kong? Do you support Blitzchung’s cause? Let us know your thoughts on the comment section.

Repressed Review – The Boring Delve Into the Human Psyche