Summer Game Fest 2021 Kickoff was followed by Day Of The Devs, a showcase of various indie games from around the world 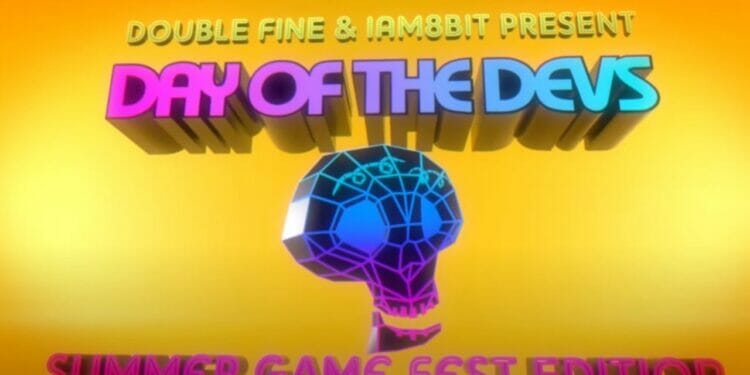 The Summer Game Fest 2021 Kickoff might have ended with the Elden Ring announcement, but it was far from over. Day Of The Devs took over the stream afterward, showcasing numerous indie games in development around the world.

Day Of The Devs almost felt like an antidote to Summer Game Fest. With SGF’s focus on high-budget CGI trailers, it was refreshing to see something more intimate with just passionate developers talking about and showing their games. It really shows how often the most simple thing can be more interesting than a lot of pretty graphics.

In fact, we found pretty much every game announced at Day Of The Devs noteworthy, but we’ll do our best to condense our thoughts and bring you the absolute highlights from the live stream.

Axiom Verge was a pretty big indie hit (and one I sadly have yet to play myself). The sequel has been in development for a while and during the Day Of The Devs stream, we got a closer look at it.

Some of the biggest changes from Axiom Verge 1 seem to be an increased focus on melee combat. Though it’s not the only means of attacking, as the player can also hack enemies and get them to fight each other. As a result, you could complete Axiom Verge 2 without fighting any of the bosses.

Axiom Verge will be coming soon to Nintendo Switch and PC via Epic Games Store. Additionally, it will also come to PS4 and PS5 consoles.

Phantom Abyss is an upcoming title from developer Team WIBY and publisher Devolver Digital. The game is a competitive dungeon crawler where you explore ancient tombs and try to do it in the fastest time possible to beat the other players who have explored them before you.

The game’s style makes it look almost like a multiplayer version of Montezuma’s Revenge (for those who are old enough to remember that game). So if competitive tomb raiding is something up your alley, you should check it out on Steam Early Access. It’s coming out this month.

A Musical Story by French developer Glee-Cheese Studios is a rhythm-based game told entirely without any dialogue. Instead the story is delivered entirely through music and visuals. The gameplay is centered around using music to unlock memories that further the story.

The game has a distinct 70s setting and fitting soundtrack, exploring topics of addiction and hardships that often surrounded bands in the 70s. The game will be available later this year on Nintendo Switch, Xbox, Playstation, and iOS. It will also be available on PC via Steam, where you can already check out the demo.

Stop motion animation has been used in several games, but it’s also a bit of a rarity nowadays. The most notable game that used it was of course The Neverhood. So it’s always exciting when a new game comes along using similar techniques to visualize its story.

Vokabulantis from Kong Orange and Wired Fly Stop Motion ended up being one of the most exciting reveals from the Day Of The Devs. It has a wholly unique style and setting that feels familiar yet really alien at the same time. What we glimpsed of the game seems to focus on these two children who have no mouths and thus cannot speak.

The game has no release date and seems to be a few years away from being ready. But there is no doubt that this is a truly interesting game that we want to keep an eye on.

Behind The Frame was the big exclusive world premier announcement at Day of the Devs. The game is made by Taiwanese developer Silver Lining Studio and features some absolutely gorgeous anime-inspired animation.

The game is centered around a painter who observes her neighbour, an older man who is also a painter. The man has a pet cat who is equally old, and both capture the painter’s interest and curiosity. She is pursuing a career as a professional artist, hoping to get picked up by an art gallery.

It’s pretty much a first person adventure game, interspersed with cutscenes that are drawn with gorgeous animation. It all looks really similar to a Studio Ghibli movie, with its slice-of-life setting.

No announcement was made on when we can expect this game, but it’s definitely one to keep an eye on.

There were of course a number of other games worth mentioning from the stream. Unbeatable is an upcoming rhythm game by D-Cell games set in a world where music is illegal and you do crimes. With a unique old-school anime style and an amazing soundtrack, Unbeatable is looking to be one of the coolest rhythm games to come out in a while.

Death’s Door is a fascinating take on the afterlife, set in a universe where crows are in charge of leading souls to the afterlife. It’s heavily influenced by classic Legend of Zelda, featuring some classic action adventure gameplay.

Loot River from straka.studio is an upcoming roguelike that can best be described as a mix between Diablo and Tetris. The game has you exploring a dark and foreboding environment using wooden platforms that you can move. This is what gives the game its Tetris twist, and allows you to utilize them for tactical retreats or luring enemies where you want them.

Additionally, the following games were shown at Day of the Devs;

What games from Day of the Devs are you looking forward to? Let us know in the comments!