We bring you the highlights from the literal highlight of E3 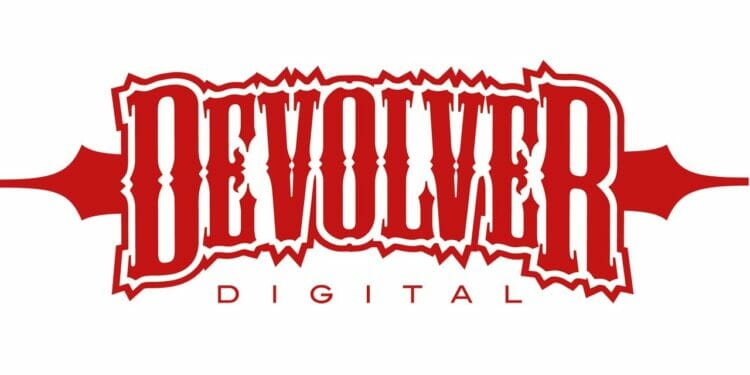 As with every E3, Devolver Digital was the absolute highlight of E3 this year. As usual, they provided some striking satire, taking shots at Nintendo, UbiSoft, and the industry at large. They even snuck in a joke about NFTs in there, so to say the show was entertaining is an understatement.

But at the end of the day, Devolver Digital is all about publishing really cool games. So we’re gonna take a look at the highlights from their press conference, which itself was a highlight of E3.

Given that we’ve already seen some footage of Shadow Warrior 3, it made sense to start off the presentation with a new trailer. The trailer doesn’t really show anything we haven’t already seen about the game. It definitely seems to be very different from the first two Shadow Warrior games in the franchise.

Much like the previous installments, it seems to take inspiration from another game. This time it’s pretty obviously the recent Doom games that serve as an influence on the gameplay. That being said, it does look fun as hell, so we can’t wait to get our hands on it.

If you want to wishlist the game on Steam, you can do so already. No precise release date has been given yet, but it’s coming later this year.

We already saw Phantom Abyss at the Summer Game Fest Kickoff, but we saw some more gameplay here. The game seems like a competitive Tomb Raider, with the goal being to be the first to finish a dungeon. Once that dungeon is finished, it will become unplayable and the winner takes the spoils.

It’s coming to Steam Early Access on June 22. So if you haven’t wishlisted it already, we suggest you do so.

Wizard With A Gun

This game had some of the most striking visuals from the Devolver presentation. This multiplayer sandbox game took us by surprise with its gorgeous art style and music. The game essentially takes place in a fantasy setting where you play gun wizards who imbue their weapons with magic.

The game is slated for a 2022 release on Nintendo Switch and PC. You can check out the game on Steam for more information.

This game is a physical exclusive Nintendo Switch title that takes some obvious influence from old-school NES titles. With its crunchy voice samples and rocking chiptune soundtrack, it’s definitely got us impressed on the audio side of things. The game itself is a scrolling shooter that can be played either alone or with a friend in 2-player local co-op.

You can preorder the game from Special Reserve Games who are doing the release. The game is only available physically, so we recommend grabbing a copy before it’s sold out or scalpers get their hands on it. It releases in 2022.

One of the other noteworthy announcements was Death’s Door, a game we already got a glimpse of at the Day of the Devs stream. We didn’t get much info beyond what we already know, but this remains one of the coolest indie games we’ve seen at E3 this year.

In Death’s Door, you enter a world where crows rule over death and act as Grim Reapers in a sense. Your assigned soul has been stolen and it’s up to you to travel to a world where people don’t die in order to track down the thief.

The game is an Xbox/PC exclusive and is coming to Xbox One, Xbox Series X/S, and PC via Steam and Windows 10 Store on July 20th this year.

We also got the following announcements:

What games from Devolver Digital are you excited about? Are you hungry for hotdogs as well? Let us know in the comments!

MONARK Announced Coming In 2022 To PC And Consoles