Hey-yo! Day Two of E3 2016 is finally here! I’m Logan Schultz, Senior Reviews Editor here at BagoGames, and I’ll be liveblogging the first conference of the day, Microsoft. Along with this liveblog, we’ll also have full news articles posted throughout the conference. You can also watch for our discussion on The BagoCast Podcast later in the week.

Oh, Microsoft. Poor, poor Microsoft. Leaks happen. That’s just the nature of the industry. But the company behind Xbox just can’t seem to catch a break this week, and they seem to feel the same. The company’s official response to GameSpot regarding the leaks was a sturdy:  ¯\_(ツ)_/¯

Let’s break down all of the leaks so far (leaks are technically rumors until confirmed by the company):

–Dead Rising 4 is alive! Posters and Gifs of gameplay have been seen online.

–Recore is also alive, and potentially has a release date of September 13 in North America. For those who may not know, Recore is the new project from Mega Man designer Keiji Inafune.

–Forza Horizon 3. Lots of potential information here, but the biggest is a release date of September 27th, 2016.

-Windows 10/Xbox One/360 “cross-buy.” Looks like it might be possible that you’ll be able to play your Xbox games on your PC natively. This isn’t too absurd, as Microsoft has expressed a lot of interest in tying the platforms closer together.

Now, for the good stuff. Keep your eyes peeled below, refresh, and follow along as we update regularly throughout the conference!

All times are PST.

11:01 – And that is it for the Microsoft E3 2016 conference! A Scorpio finale! What do you think?? Let us know in the comments or on Twitter! And check back for more coverage on the Ubisoft Conference, Sony Conference, and more! Until then, Logan signing off!

11:00 – “A future without boundaries…and generations…”

10:58 – Project Scorpio console announced for Holiday 2017. “6 Teraflops of power… with true 4k visuals and premier VR…” All Xbox One games and accessories will play on all three.

10:54 – Phil Spencer says he believes in a world without generations, discussing Xbox Play Anywhere. He also brushes up on the Xbox Live updates and the Xbox One S.

10:47 – State of Decay 2 announced. Looks like another pretty zombie game!

10:45 – This is awesome! The developer invited some fans to come play the game (sans tutorial), and they’re showing the footage of them having fun being pirates! Looks excellent. Will be Xbox Play Anywhere.

10:36 – Scalebound from Platinum Games is up first. Co-op gameplay shown.

10:34 – Microsoft Studio Publishing takes the stage to talk investing in developers. The next games will be new, coming from this investment, and feature Xbox Play Anywhere.

10:33 – A funny, Christmas-themed trailer set to Jingle-Bell Rock for Dead Rising 4 comes up. Xbox One and PC.

10:29 – Tekken 7, coming early 2017 from Bandai Namco. The single-player campaign will jump seamlessly from cinematics to gameplay, as displayed in the conference.

10:27 – Coming this September, exclusive beta for Xbox One and PC.

10:26 – Gwent will still be about skill, but will have a massive single-player campaign and a robust multiplayer component. Looks the same as in Witcher 3, which is a good thing for fans.

10:23 – Gameplay for a new indie game shown from Compulsion Games called We Happy Few. Coming to Xbox One first. Unique period style. A bit Bioshock/Fallout. From the developers of Contrast. Very creepy…

10:18 – A montage of third-party/indies shown. Looks like a pretty sweet line-up! All under the title of ID @ Xbox. (Indie) 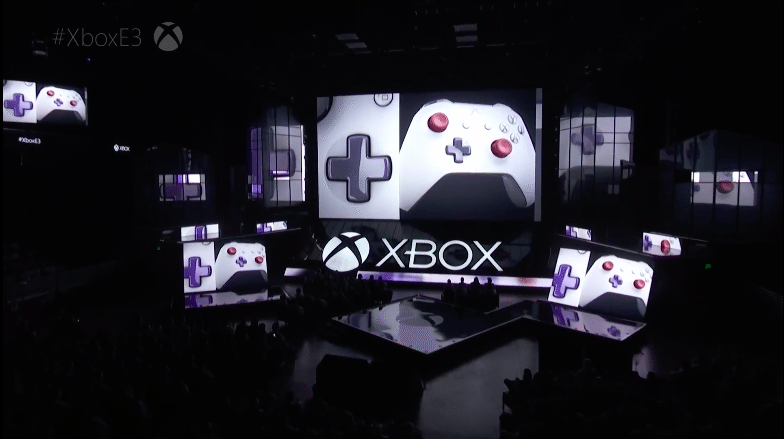 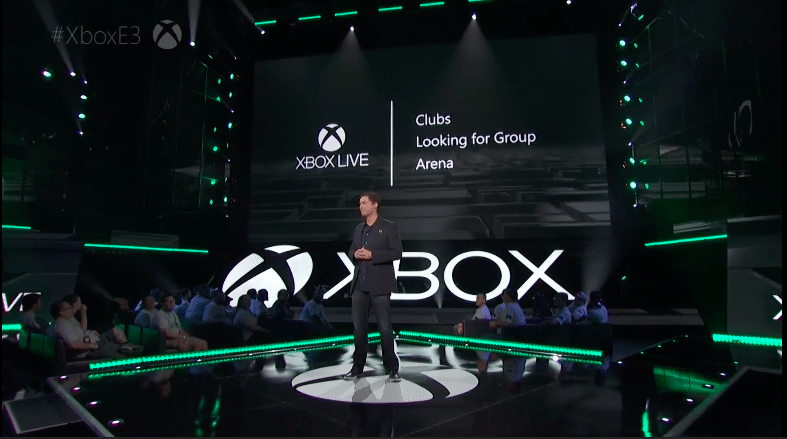 10:04 – Background music, language region preference, and Cortana all confirmed for Xbox this summer.

10:04 – Discussion on Xbox Live, and its “faster and more reliable network.”

10:01 – The General Manager of DICE takes the stage to discuss Battlefield 1. Release Date October 13th for EA Access. They show the same trailer from EA yesterday.

10:00 – Tom Clancy’s The Division: Underground Expansion is coming first to Xbox One on June 28th.

9:55 – A brief character trailer for Recore.

9:46 – New character for Killer Instinct: General Raam from Gears of War. Also, Killer Instinct Season 3 is “Xbox Play Anywhere”, which appears to be the new name for the cross-buy/cross-play system. 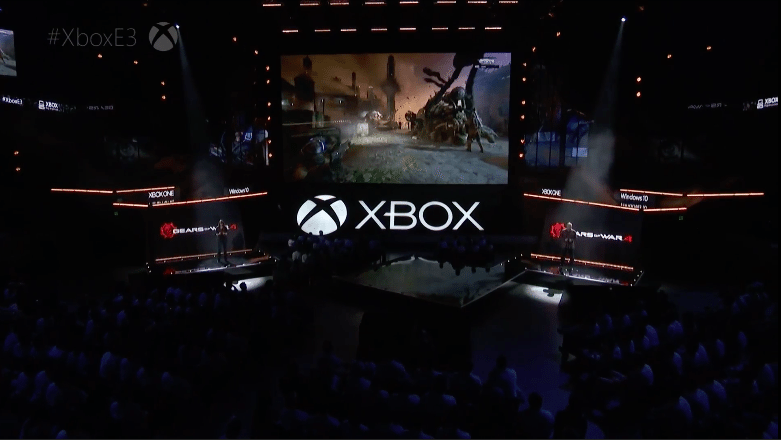 9:35 – Cross-buy/cross-play confirmed for Gears 4, even in Co-op across platforms.

9:31 – It’s starting! A nice acknowledgement of the Orlando tragedy. BagoGames agrees, and Orlando remains in our thoughts as well.

9:25 – I can’t wait to see some of the bigger indie games coming this year. Cuphead, anyone?!

9:20 – Will you be picking up an Xbox One Slim? Or waiting for the rumored “Scorpio”? Will we be seeing the “Scorpio” today? Let us know your thoughts!

E3 2016: The Division: Underground Shown off

[…] can find more coverage of Microsoft’s E3 press conference from our live recap. Stay tuned to BagoGames for more coverage from E3 and what the future of video games […]

[…] Horizon 3, stay on BagoGames, and have a look at the official E3 trailer above. You can also follow our live recap of Microsoft’s conference to find out more about what will be happening with both the Xbox […]

[…] can find more coverage of Microsoft’s conference at our live recap, and stay tuned to BagoGames for more information coming out of E3 […]

[…] Stay tuned to BagoGames for more coverage on Microsoft’s conference and E3 2016. You can check out our live recap right here. […]