More footage for the upcoming rerelease 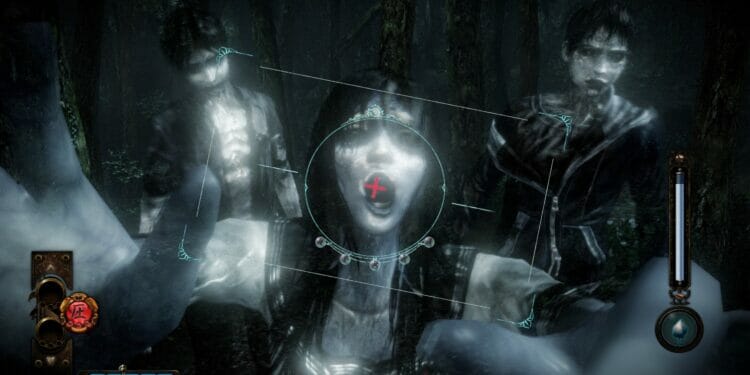 Fatal Frame, also known as PROJECT ZERO in Japan, is a niche series from Koei Tecmo that follows the player using the Camera Obscura to seal away ghosts and fend off their powers. The game we’re here to talk about today, Fatal Frame: Maiden of Black Water, is actually a re-release.

The original release of this game was for the rather ill-fated Nintendo Wii U, and used the gamepad to control the core game mechanic, being the previously explained Camera Obscura. Today, however, a new rerelease is in the works and a new trailer covers Mt. Hikami, one of the game’s primary locations. You can watch that below.

About Maiden of Black Water

Fatal Frame: Maiden of Black Water follows three characters, Yuri Kozukata, who has the ability to bring people back from the shadow world into the real world due to her descent from the Hikami shrine maidens; Ren Hojo, an author and friend of Yuri who goes to the mountain to research his new book; and Miu Hinasaki, the daughter of recurring Fatal Frame protagonist Miku Hinasaki.

The three of them seek to explore Mt. Hikami for their own reasons, as the remote location is the home of many suicides and spiritual occurrences happening with the surrounding bodies of water. Thus begins the story of the game, as simple as it can be.

The new rerelease allows players who didn’t originally own a Wii U to try the game for themselves, as it’s being made widely available now, if they’re interested, with fully redone visuals and graphics. Obviously, the game has been mechanically altered a bit to allow for it to be played on other hardware.

Fatal Frame: Maiden of Black Water will be releasing on October 28th on PlayStation 4, PlayStation 5, Xbox One, Xbox Series X, PC via Steam, and Nintendo Switch.

What did you think about the new Fatal Frame: Maiden of Black Water trailer? Are you planning to buy it? Is there anything you liked about it? Did you own it on the Wii U? Let us know your thoughts in the comments section below.