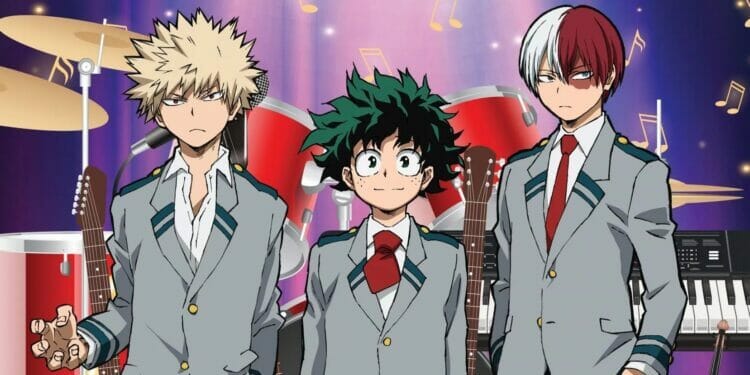 Funimation recently announced that it is orchestrating a celebratory event featuring music composer Yuki Hayashi at Anime NYC with the My Hero Academia Official Live Concert on Friday, November 19, 2021 at the Jacob K. Javits Convention Center in Manhattan in celebration of My Hero Academia: World Heroes’ Mission releasing in theaters Oct. 29th. Tickets to the film can be purchased at Funimation Films. 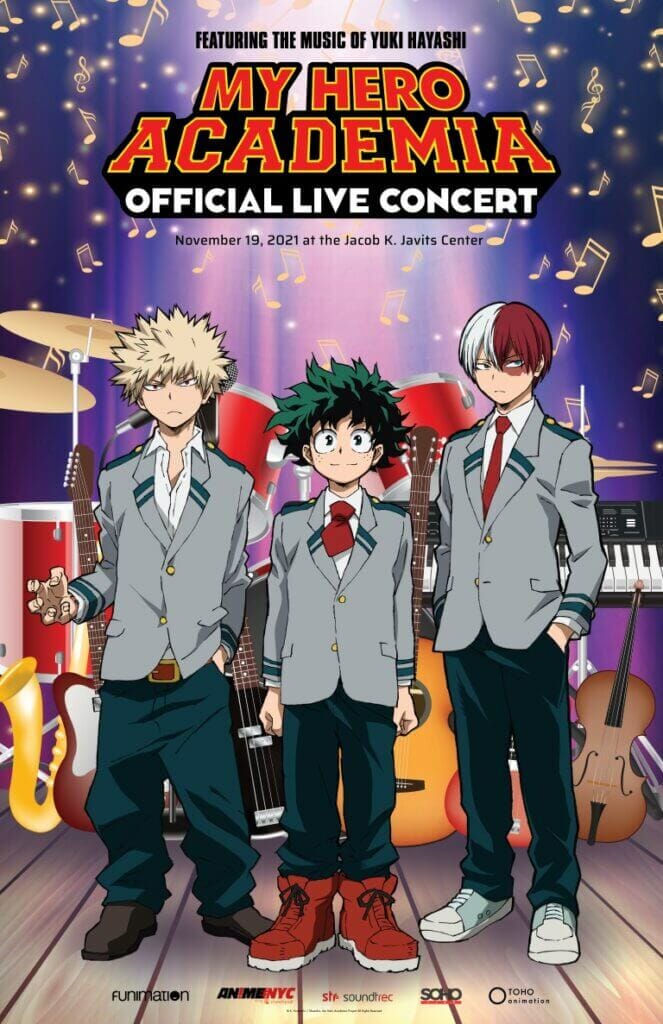 Hit selections of original music by Yuki Hayashi, from the anime series My Hero Academia, will be performed live by a full rock band and symphonic musicians. Scenes from the anime will be displayed in the background of the show for fans to relive their favorite moments. Guests can also expect to see special appearances from talent close to the series, including Yuki Hayashi himself who will be traveling from Japan to welcome fans at the show.

Co-organized with the Consulate General of Japan in New York, the concert event is part of Anime NYC, and Anime NYC admission is required to attend. An additional free My Hero Academia Concert ticket is also required, and will be available now first come, first served at https://purchase.growtix.com/eh/Anime_NYC_2021

The concert is produced by soundtrec and represented by SOHO Live, who have collaborated previously on Capcom Live: The Capcom Official Concert Tour, The Devil Awakens: The Official Devil May Cry Concert, The Rising of the Shield Hero Official Live Concert, and the Video Game Orchestra.

Get ready to experience My Hero Academia like never before in an electrifying live concert featuring music from the first five seasons of the series to relive all of its most iconic moments.

The My Hero Academia Official Live Concert will be a high-energy event featuring a rock band with epic orchestral elements, performing all-new arrangements of the My Hero Academia soundtracks written by Yuki Hayashi himself, while above the band a giant screen plays synchronized HD video from the anime.

The setlist will feature My Hero Academia classic themes including “You Say Run,” “Hero Too,” “I’m Here (All Might’s Theme),” “My Hero Academia,” “Hero A,” and many more!

From the origins of Izuku Midoriya to the adventures of the U.A. students, from their dramatic battles against the League of Villains to the U.A. High School Festival, this concert will give the My Hero Academia community their ultimate fan experience.

Anime NYC is working closely with the Javits Center, New York City, and New York State to create the safest experience possible for all attendees, exhibitors, talent, and guests. Per the City of New York, everyone 12-years-old or older entering the Javits Center for Anime NYC must show proof of vaccination and everyone must wear face coverings while at Anime NYC. Attendees under 12-years-old will be allowed at Anime NYC as long as they provide a negative PCR or Antigen COVID-19 test taken within 72 hours of their first day at Anime NYC.

Are you a fan of My Hero Academia? Will you be attending the concert? Let us know your thoughts in the comments section below.