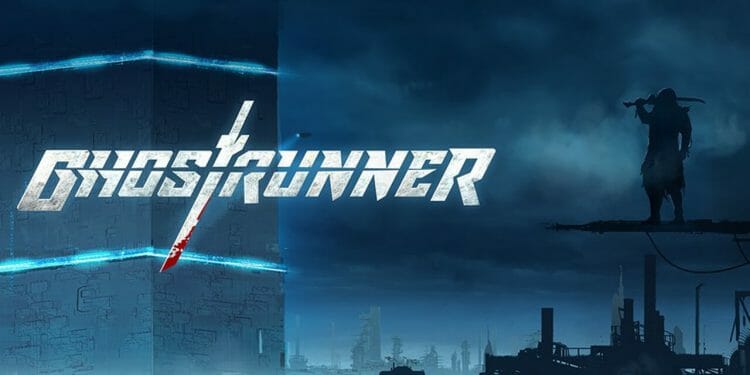 The demo of Ghostrunner released on Steam yesterday. And having just given it a playthrough, I feel like I have a few things to say about it.

Keep in mind that this is not an actual review of the game itself. Just my loose impressions on the demo of it. I will be giving my thoughts on the full game later on. So for now, these are just my opinions on the demo.

A Cyberpunk Slash’em Up

3D Realms are no strangers to sci-fi and cyberpunk games. With their titles Bombshell and Ion Fury, the company has dug their hands into both genres, with the latter falling decidedly more into the cyberpunk genre.

Though it seems with their new game Ghostrunner, 3D Realms are focusing on delivering their most cyberpunk experience so far. And it’s not what you typically might expect.

It’s a game that favors agility and pure melee combat over anything else. It’s fairly similar to Mirror’s Edge with its focus on parkour and melee combat. Though it’s still distinct enough to feel like its own thing. 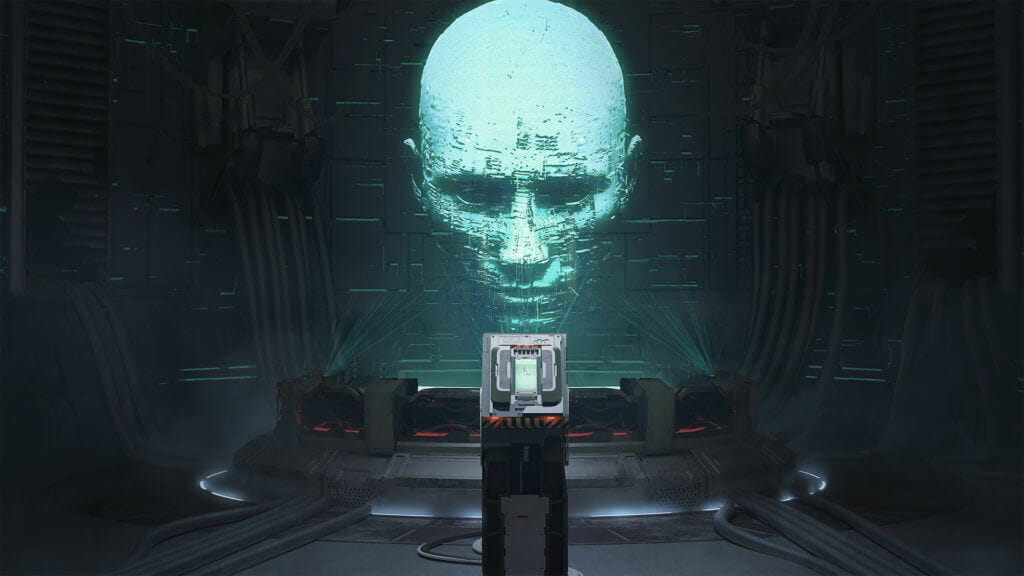 A sword is the only weapon you get in Ghostrunner. A silent but deadly weapon that you use to slice up enemies. The game is all about dodging enemy projectiles and getting close without dying. Which is difficult considering each enemy projectile kills you in one hit.

To counter this, you’re equipped with the ability to slow down time to a halt. Using this ability you can easily dodge out of the way of bullets. And combined with a handy dash ability, you can then quickly move in for the kill.

The movement is very parkour heavy. You can run on walls, slide down slopes by crouching, and grapple onto objects in the environment to move on. A lot of the levels take place above bottomless pits, so this becomes fairly second nature after a while.

The demo objective is to make it to a lab for a software update. Since it seems you’re still running Windows Me and that’s not a good thing. I was a little disappointed that the demo ended after 25 minutes of what feels like a tutorial level though. For a demo, that’s really short in my opinion, and doesn’t give much of an impression to go on. 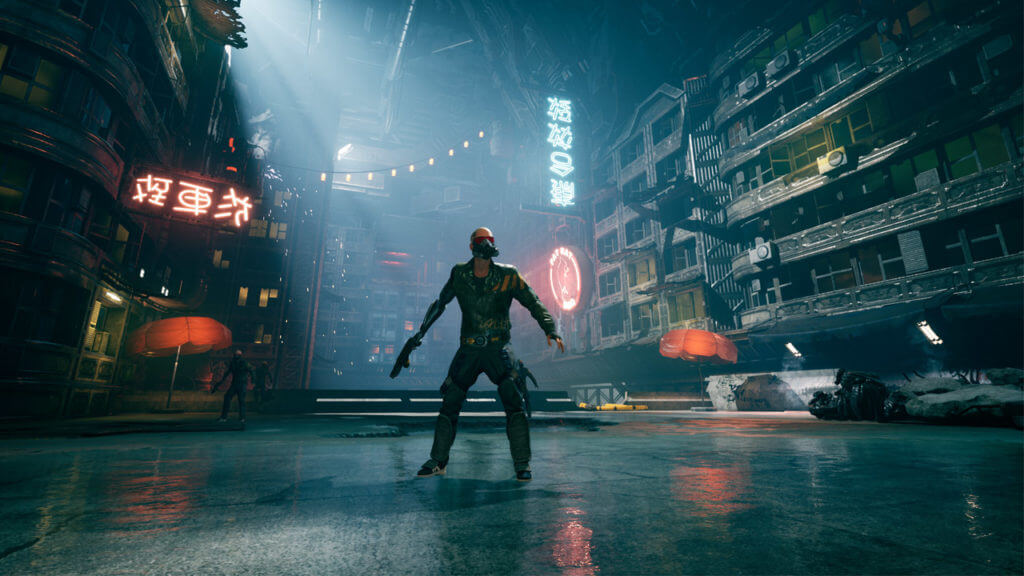 Not The Smoothest Run

As fun as it is to do the movement in Ghostrunner, it feels a bit clunky. Momentum you pick up when sliding seems to die off very quickly once you’re in the air. And overall it doesn’t feel like the various mechanics synergize well together.

I died a lot of deaths that felt cheap because I either didn’t “stick” to a wall, or do a pull-up when I was right at the edge of a ledge. Not to mention the dash is really short and doesn’t really work like it feels like it should. I was hoping the game would let me home in on enemies with it, but instead I just dash a bit ahead.

That being said, when the game actually works and movements chain together well, the game has glimpses of greatness. It definitely has a fairly steep learning curve, and could use some more polish. But when it works, it works great.

One thing I lament though is the lack of interactivity with the environment. It feels strange and almost non-typical of 3D Realms to release a game lacking so much interactivity. Especially following Ion Fury which had a huge focus on it.

You cannot chop up bodies on the ground, or chop up stuff in the environment. You can’t even crack windows or screens. Your sword seemingly deals no actual damage to anything but your enemies.

And I really lament the lack of a block button. While it feels kinda like you can deflect bullets with the sword, it feels really finicky and unreliable. And that just sums up the game mechanics in a nutshell. Unreliable.

For every smooth run I had, it was preceded by way too many avoidable deaths. And while I am fine with the one-hit kill thing, it does feel like the game doesn’t give you enough mechanics to counter this. 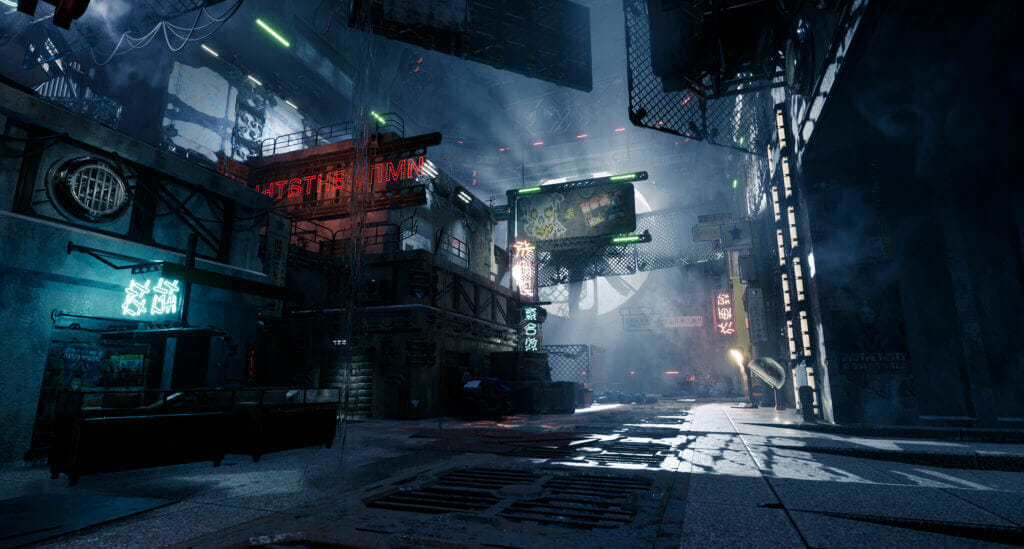 One thing the game truly has going for it, is its visual presentation. The atmosphere is pure cyberpunk and everything feels like it should. Like something out of Blade Runner.

That being said I did have some performance issues with the demo, with some slight stuttering here and there. And the lack of an FOV slider might bother a lot of people who prefer a wider FOV. Though from what I hear, that’s being planned for the next update.

I also really dig the music and sound design. The music, from what I could hear, was really fitting for the game’s atmosphere. And I dug the overall presentation of the game a lot. The game oozes cyberpunk, and with this releasing with Cyberpunk 2077, it seems 2020 will be a good year for the genre. Despite all its issues and lack of polish, the demo left me hungry for more. Mostly cause of its short length, since it felt like I got done with the tutorial level then the game just ended.

But despite everything I said, when the game works and you’re able to pull off clearing an area, it’s really intoxicating. The game gives you quite the rush when you’re hyper focused on the combat, and pulling it off without failure feels really rewarding.

I really hope the game will get some more time in development, because it feels like it needs it. This can be something truly spectacular if it’s allowed some more polish and further refinement. As it stands, this game feels a bit clunky right now, so I hope we can see some improvement in the final release.

If you wish to check it out for yourself, the demo is available for free on Steam right now.