Includes all the games revealed during the event 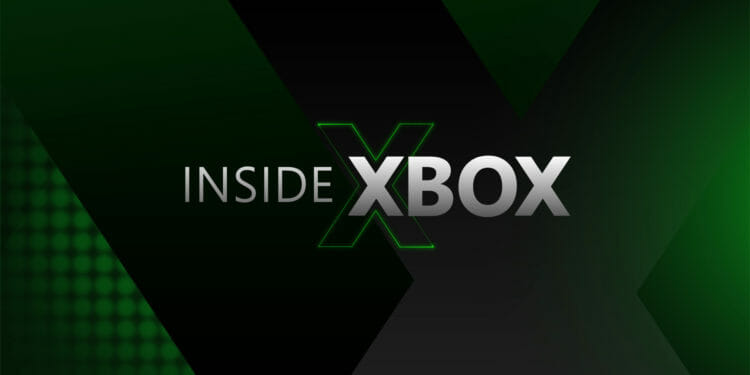 With the launch of the next generation consoles drawing ever closer, Xbox recently presented its latest Inside Xbox event featuring trailers and gameplay for new and exciting games releasing on Xbox series X. The games revealed include Yakuza: Like a Dragon, Assassin’s Creed Valhalla, Dirt 5 and more. Here’s a list of all the games shown in this month’s Inside Xbox, Stream.

The first was a bombastic gameplay entrance of Bright Memory: Infinite. This impressive-looking first-person shooter is the product of a single developer, which is outstanding. The gameplay shows the player character in a swamp taking down a variety of enemies with some old fashioned first-person shooting, as well as a variety of skills and combo attacks.

The game is set in 2036, and includes time traveling with what seems like enemies and vehicles from different eras appearing all in one place. Bright Memory: Infinite will release on Xbox Series X and PC via Steam. As of now, though, there is no release date set.

Next was the reveal of DIrt 5 from Codemasters. This new DIrt game looks graphically impressive, and the developers seem to be pretty proud of it too. Surprisingly, Dirt 5 will include voice actors Troy Baker and Nolan North. Troy Baker is to play a mentor role to the player and Nolan North, their rival.

The game is also announced to include a four-player split-screen mode as well. So far we haven’t seen much gameplay, but I’m sure that’ll change soon. Dirt 5 launches on PC, PS4, and Xbox One in October. It’ll also on PS5 and Xbox Series X once they release.

Next up was a trailer for Scorn, which was by far the most eye-catching trailer shown in Inside Xbox. Scorn is a first-person alien based horror game from developer Ebb Software. The trailer shows off some pretty gross and grotesque design featuring mainly all sorts of body horror. The game is reportedly “designed around the idea of being thrown into the world.”

Exploration and puzzle-solving are the key features of the game. “Every location has its own story, puzzles, and characters – even the unsettling environment is a character itself.” Though the trailer doesn’t show much gameplay, nor do we have a release date set, Scorn is still currently in development for Xbox Series X and PC.

The next game revealed was Chorus, which follows Nara, a pilot with a mysterious past and her sentient Starfighter Forsaken. Chorus will be a single-player experience, and a “true evolution of the space combat shooter” that tells the tale of redemption and the duo’s struggles against a dark cult.

In Chorus, Players will become the “ultimate living weapon” with abilities such as teleportation, telekinesis, extra-sensory perception, along with powerful weapons and upgrades.

Chorus is currently in development for PlayStation 5, Xbox Series X, PlayStation 4, Xbox One, and PC (Steam, Epic Games Store) and will release 2021.

The first sports game revealed to be coming to the next console generation was Madden NFL 21. While this is surprising to no one, we received a sneak peek trailer for the game featuring Patrick Mahomes., and EA promises to show more during the EA Play next month. Madden NFL 21 will launch later this year on PC, PS4, and Xbox One.

We also received a brand new trailer during the event for Vampire: The Masquerade – Bloodlines 2. Bloodlines 2 has players go through Seattle using their powers to fight other Vampire societies along the way. The trailer shows the player using their arsenal of vampire skills in combat such as telekinesis and summoning bats, and also in transversal as they climb buildings and move from rooftop to rooftop. Though the game was delayed, it’s still slated to release sometime this year on the Xbox Series X and Xbox One, as well as on the PS4, PS5, and PC.

Call of the Sea

Call of the Sea is a new a first-person adventure game developed by Out of the Blue and Raw Fury. It follows Norah, an explorer in search of her lost husband in the 1930s South Pacific. The game looks beautiful, with its colorful visuals, and is filled with puzzles and exotic locations. It also seems to have a side of Lovecraftian horror as well. We have no release date information yet, but it seems to be coming to Xbox Series X, Xbox One and PC sometime this year and will also be on Xbox Game Pass at launch.

Next up is The Ascent, a top-down co-op action RPG developed by Neon Giant and published by Curve Digital. The game is set in a cyberpunk world where the titular Ascent Group has fallen, and everyone left will have to survive for themselves, players will fight to stop the several gangs and other corporations from taking control. The Ascent will be available on Xbox Series X, Xbox One, and PC this fall.

We then saw a trailer on The Medium, a new a psychological horror game from the Bloober Team, the same folks behind the Layers of Fear games, Observer, and Blair Witch. The game also surprisingly features music from Silent Hill composer Akira Yakamoka. Players will play as Marianne, a medium who can travel between the real world and the spirit world.

CEO at Bloober Team Piotr Babieno said in the press release on the game:

“Every one of our games has a central theme that drives its creative and technological design. In The Medium, we focus on perspective and perception. When you change your point of view, you discover that things are more complicated and nuanced than you initially thought. The inclusion of the legendary Akira Yamaoka – best known for his work on the Silent Hill franchise – is a dream come true, We’ve been inspired by many of the previous games he has worked on and are thrilled to bring a new one to life with The Medium. The Medium is our most ambitious game ever, and we can’t wait to show you how we’re translating this vision into a psychological horror.”

The Next game revealed was Bandai Namco’s Scarlet Nexus. In Scarlet Nexus, players will take control of Yuito Sumeragi, a new recruit to the OSF, a group tasked in suppressing mutants that plague the world, known as Others, in the futuristic city of New Himuka.

Players will be able to use Sumeragi’s psychic abilities to break, lift, and throw objects and build up combos to fight enemies. The game notably shares a resemblance to games like Code Vein in terms of aesthetic and gameplay, and It also reportedly shares staff with Tales of Vesperia.

According to its website, Scarlet Nexus will be able to run on 4K Ultra HD on the Xbox Series X and will have incredible load-times, responsiveness, and crisp visuals with framerates up to 120 FPS. A release date is yet to be announced but will be available on Xbox Series X, Xbox One, PS5, PS4, and PC.

We then saw a trailer for Second Extinction, a co-op FPS game Developed by Systemic Reaction. Second Extinction will let parties of up to three players work together to save the world from what seems like an army of mutant dinosaurs, with a variety of weapons and skills. Though a release date was not announced, Second Extinction will be available on Xbox Series X, Xbox One, and PC via Steam. A closed beta for PC was also announced to begin this summer.

Next up is Yakuza: Like a Dragon, which has now officially been confirmed to be coming to Xbox Series X on day one. This was revealed by way of a new trailer shown off during the Inside Xbox event. It follows the new protagonist to the series, Ichiban Kasuga, dealing with life after being in prison and betrayal in the Yakuza crime syndicate. The new trailer shows off incredible visuals as well as the off the walls crazy and dramatic scenarios the Yakuza series is  known for. The game looks incredible, and we can’t wait to see how well it does once it releases this holiday season, on Xbox Series X, Xbox One, PS4, and PC.

Finally, Ubisoft graciously provided us with a “Gameplay” trailer for Assassin’s Creed Valhalla. In reality, it was just another in-game cinematic footage. Like the first trailer, it shows off Eivor, a Viking leader, and his war with the English as he fight their troops and raids their fortresses.

For a gameplay trailer, not much gameplay was actually shown. We didn’t get to see how the UI looks, how Eivor uses his weapons, or any in-depth features of the game. However, Ubisoft recently addressed this and have promised to reveal more of the game soon.

Assassin’s Creed Valhalla is coming this holiday on PlayStation 5, Xbox Series X, PlayStation 4, Xbox One, and PC via Uplay and the Epic Games Store.

That’s all the games revealed during the Inside Xbox event. I personally enjoyed watching the event, and I look forward to when these games reveal, to see how they’ll push the capabilities of the next-gen consoles.

Did you watch the Inside Xbox stream? If so, did you enjoy it? Let us know your thoughts in the comments section below.