I’ve really looked forward to playing the heck out of Hard West, as it falls neatly in a niche sub-genre called weird west. Imagine all the bravado, masculinity and arrogance of a western, sucked out violently and replaced with an indescribable malevolence in the air, vulnerability and heartlessness. There are no heroes here, there are only survivors in a place that just really hates you. This form of western-horror made me fall in love with the pen-and-paper RPG Deadlands, as brutal as the system is. So when I saw Hard West, a game obviously inspired by Deadlands, approach on the horizon I got really excited to get my head caved in by an uncaring world.

Hard West is a turn-based tactical RPG set in the weird west, developed by CreativeForge Games. Through eight scenarios you explore a story of a man who loses his father, his love and finally his life. Just upon the cusp of death, as the light begun to fade, he swore vengeance and traded his soul with a dark force for another chance. However, like all dark pacts, it is hardly ever as simple as straight-forward revenge; with the eight scenarios examining not just the main character’s actions but also the long reaching repercussions as the increasingly-corrupted land descends into madness, fear and evil.

Fortunately, for a game offering a vengeance tale on top of a weird-west genre, it is absolutely heaping in flavour. From the various demonic spirits that appear, to the twisted weapons that defy logic (e.g. so two barrels for your shotgun not enough? What about four, or maybe even nine?) all the way to using luck as a form of currency for defence and skill usage. It also doesn’t lean too heavily on either tale or genre, nor borrow too much from already created material, so it feels like its own malformed creature who’s twisted tales compliment its dark background and vice-versa. In addition, the soundtrack always feels dramatic yet looming over your potential demise, like a soul-consuming demon ready for a snack. I really struggle to think of a dull moment where you feel yourself mindlessly just going through the paces.

This thick dollop of flavour comes in full force in the form of the map-navigation in each scenario. Rather than just offering you objectives along with some potential side-avenues, each mini-campaign demands something unique of you. Maybe you need to keep your rations up and your men in good health, while replacing the dead, as you hunt down an artefact in a lost city? Perhaps your role is to just cause as much damage and kill as much as you can? You could also be venturing out, feeling your sanity slip away bit by bit, as you find blueprints that lead to you inventing one of three twisted creations? You’ll need to be ready to shift your tactics as the game demands of you, while also doing the main mission…

…Except, you don’t. Playing through a good few scenarios, I never felt like I was pressured. Even the moments when the game was starting to corner me, making me feel some heat underneath my feet, I very quickly and easily recovered to a vantage point of never needing to care. When the scenario twist was meant to reward me I never found the rewards appealing. Often the gear I ripped from the rigour-mortised hands of foes was more than enough. I just had hoped the game would keep me in check on the map screen, rather than unintentionally making the land feel incredibly forgiving.

So it is fortunate that combat is on the inverse, making every single round count. Even beefed up to 12 health (which is a lot), a single dumb mistake can lead to later plucking buckshot with a knife out of your concave face. So you’ll learn to take cover, pick your targets and avoid being flanked at all costs. Most guns do 4 or upwards of damage and especially severe wounds can follow you into later battles, which makes each turn matter greatly between defeat and success.

Considering you’ll often be outgunned (usually you’ll only bring in up to three companions to a gun fight), you fortunately have two allies on your side. First, you’ll have luck. This is a dwindling resource that protects you from being shot by taking off your luck-bank the percentage chance of you being hit by a shot (if less than 100%) that only recharges when you eventually do get hit (either 1 or 2 points due to hiding in cover or 8 because you stood out in the open like a crazy person, it charges roughly the same amount).

The second advantage to your side is skills. Over the course of a scenario you’ll collect cards that will usually offer a passive bonus and a skill you can use (as well as additional passive bonuses if you do poker hands with the cards). This includes being able to track wounded enemies, regenerating health as long you’re in the shade and being able to ricochet a bullet off an object and, hopefully, into their gut. Although active skills will demand you to spend luck, thus leading to a balancing act of your defence versus killing everyone.

There are just two minor things that bug me about this. To regenerate luck you need to be shot or use a consumable item. I would have liked the option to be able to regenerate luck at a small rate. There is also a problem that the brutality of the system sets up. Since you can theoretically easily get killed in a round, you’ll likely stay in cover along with your enemies. This can lead to an awkward situation of neither side being courageous enough to risk flanking the enemy without potentially being flanked themselves accidentally. Therefore, you can be stuck in a state of spending turn after turn just pinging 1 or 2 damage until one side falls down. Although these are likely two really minor personal complaints that shouldn’t make you worry.

What should make you worry is the glitches, as in there are a lot of really major ones. Twice I’ve had entire campaigns come to a halt due to a glitch breaking a significant mechanic, only for it to persist after I reload. AI has sometimes acted weirdly, one defence mission turning bizarrely easy as the enemy never felt the need to bother me. They just seemed happy to hang out on the other side of the map, just relaxing by walking back and forward. I’ve also seen some text being cut-off, graphics card crashing and major cut-scene stuttering despite meeting at least minimum system requirements. It just seems to beg for a bit more polish before being released.

The final score is a 7/10. I’ll be honest and say it scrapes it based on the wonderful flavour, large amounts of good design ideas and maybe a smidge of personal love for how much it reminds me of Deadlands. I think the sensation that really stuck with me the most on this journey, beyond how cool it all is, is wonder of “what could have been.” The glitches, the perhaps slightly undercooked (or at least too easy) scenario twists and how the scenarios don’t affect each other quite enough; all of it makes me wonder what this could have been with more of a budget. If with enough money if this could have been a Mount & Blade game with a weird-west feel, or potentially how long it could have been (although an 8+ hour campaign is pretty nice) or even all the other wonderful ideas I wouldn’t be surprised CreativeForge Games had to lock away due to financial limitations. That isn’t to say what isn’t there isn’t a good game, it really is good and is the best videogame adaptation of the weird-west genre to date, but it is because it is good that I wonder what would have happened if Hard West was, well, bigger. 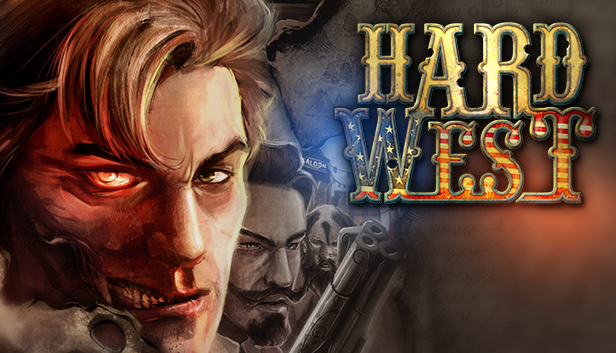