Shipbreaking is hard... but not as hard as Hardspace

There are many games out there about building things. Whether its cities, vehicles, or structures, you can always put things together. There are even more games that have you destroying things intentionally or as a byproduct of combat. However, Hardspace: Shipbreaker is one of the first I’ve seen that has you meticulously taking things apart to save as many pieces as possible. 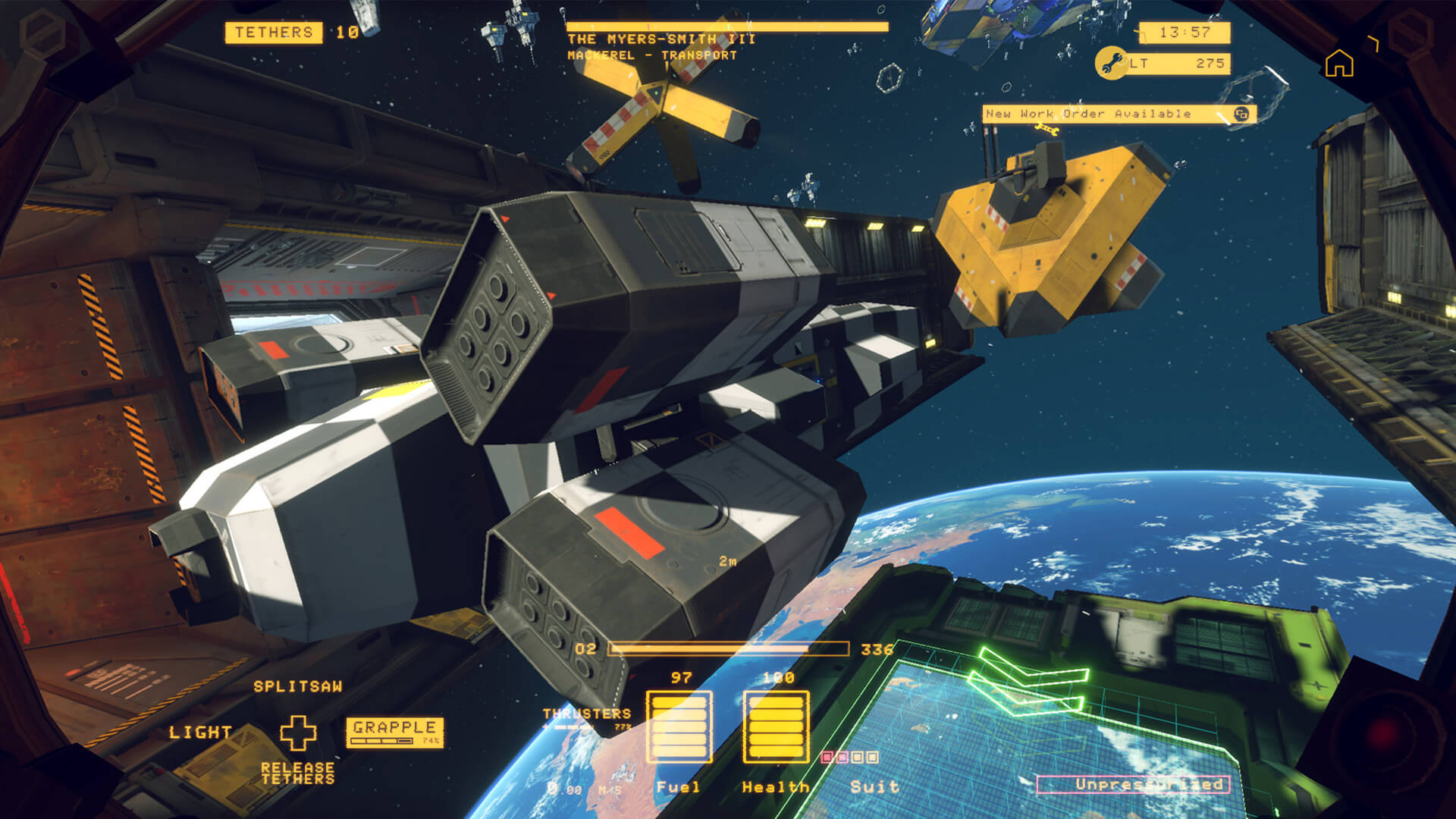 Shipbreaking is a real job that has workers descending upon retired ships to strip them of all useful or valuable parts before they’re fully destroyed. When a ship goes beyond its lifespan, it can cost more to repair or retrofit it than it does to build a new one from the ground up. Pulling the best parts out of these ships has been a worthwhile venture for as long as boats have been on the water.

Hardspace: Shipbreaker takes this role into orbit. Yet, this time instead of a team of breakers swarming over the task, you’re a lone soul in a spacesuit with a couple of useful tools. Just like in the terrestrial version, the goal is to pull/cut/explode off as many valuable pieces of the spaceship as possible and put them in the correct area. Doing this will add to your end-of-shift payout as well as fulfill the various tasks on your work order – the goals for each ship.

The breaking area, which I’m probably going to improperly refer to as a dry dock, has three types of salvaging repositories around it. Below you is a large flat barge, which is where you’re supposed to toss every fully functional part you find. Things like furniture, computers, engines, and even the valuable reactor. The second facility is the Processor where you send items that are made of the most valuable to be broken down. The final destination for everything else is the Furnace where metals are scrapped and melted down for the smallest payout. 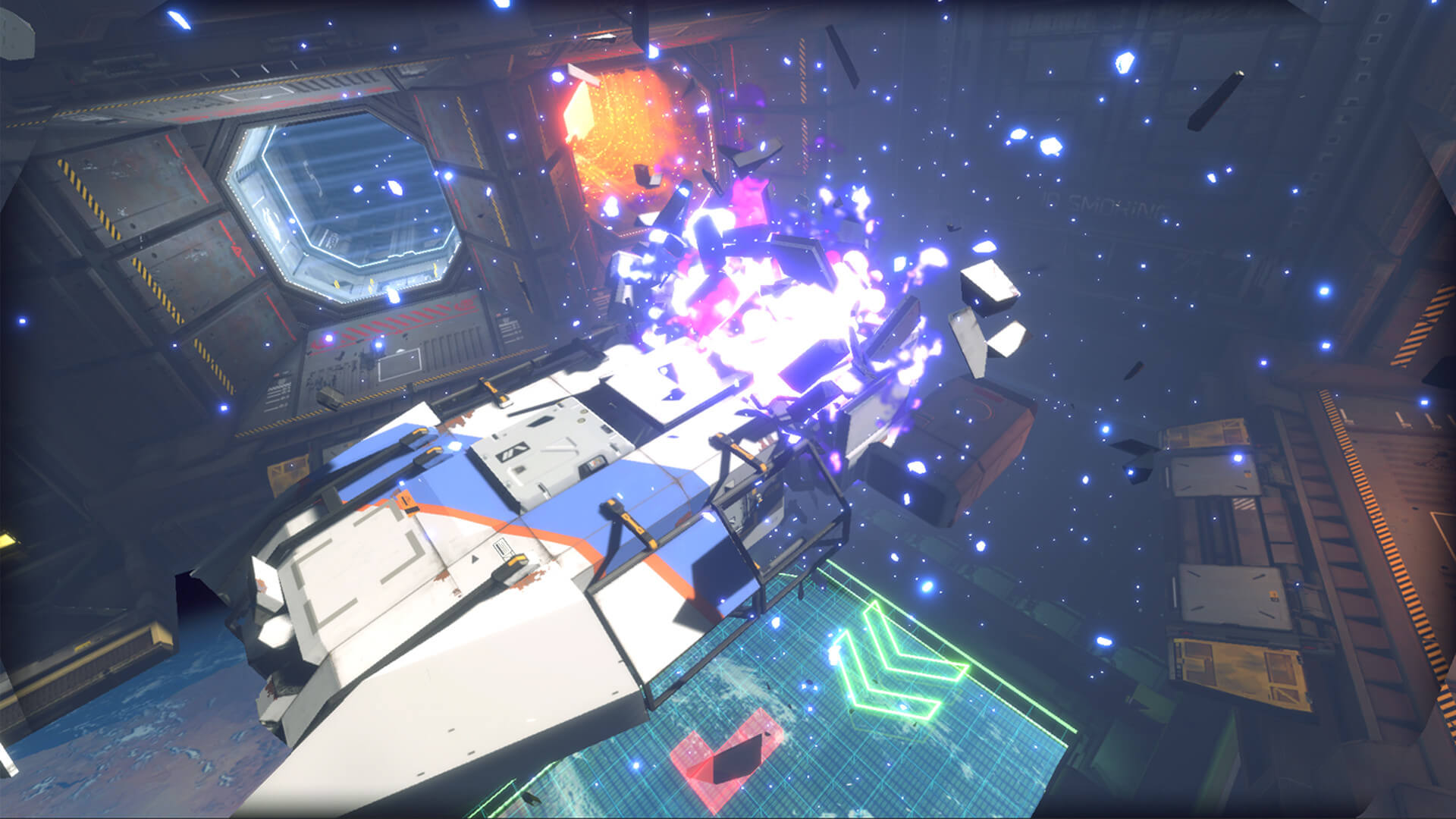 Tools of the Trade

To facilitate this meticulous destructive process, you’re given two tools for the job. The tether gun allows you to grab specific items and pull them free from their mounts. It also can produce tethers that magically connect items and pull them toward each other. This is what you’ll use to get pretty most things from their location on the ship to their required processing area once cut free.

Your other tool, the cutter, also has two modes. The first mode is a precision laser (Stinger) that heats and melts parts. You can use this in tight spaces without any fear of collateral damage. However, it will heat the tool and takes much longer than the “Splitsaw” mode at cutting through weak points. What you risk with the split saw is the potential for cuts that go beyond your intended range and damage other parts. Virtually every error I made in my time playing involved the Splitsaw in some way.

These tools, as well as much of the rest of your gear, have several upgrades. The cutter can gain the ability to take more heat or cut further from you (which can be far more dangerous). The tether gun gets more pulling force and can hold more tethers.

Even the scanning tool, with its somewhat limited use, has upgrades to allow it to have more modes and function further in your view. Upgrades to your suit give you more oxygen, movement capability, resistance to damage, and generally make the hurdles Hardspace: Shipbreaker puts in front of you a little easier to overcome. 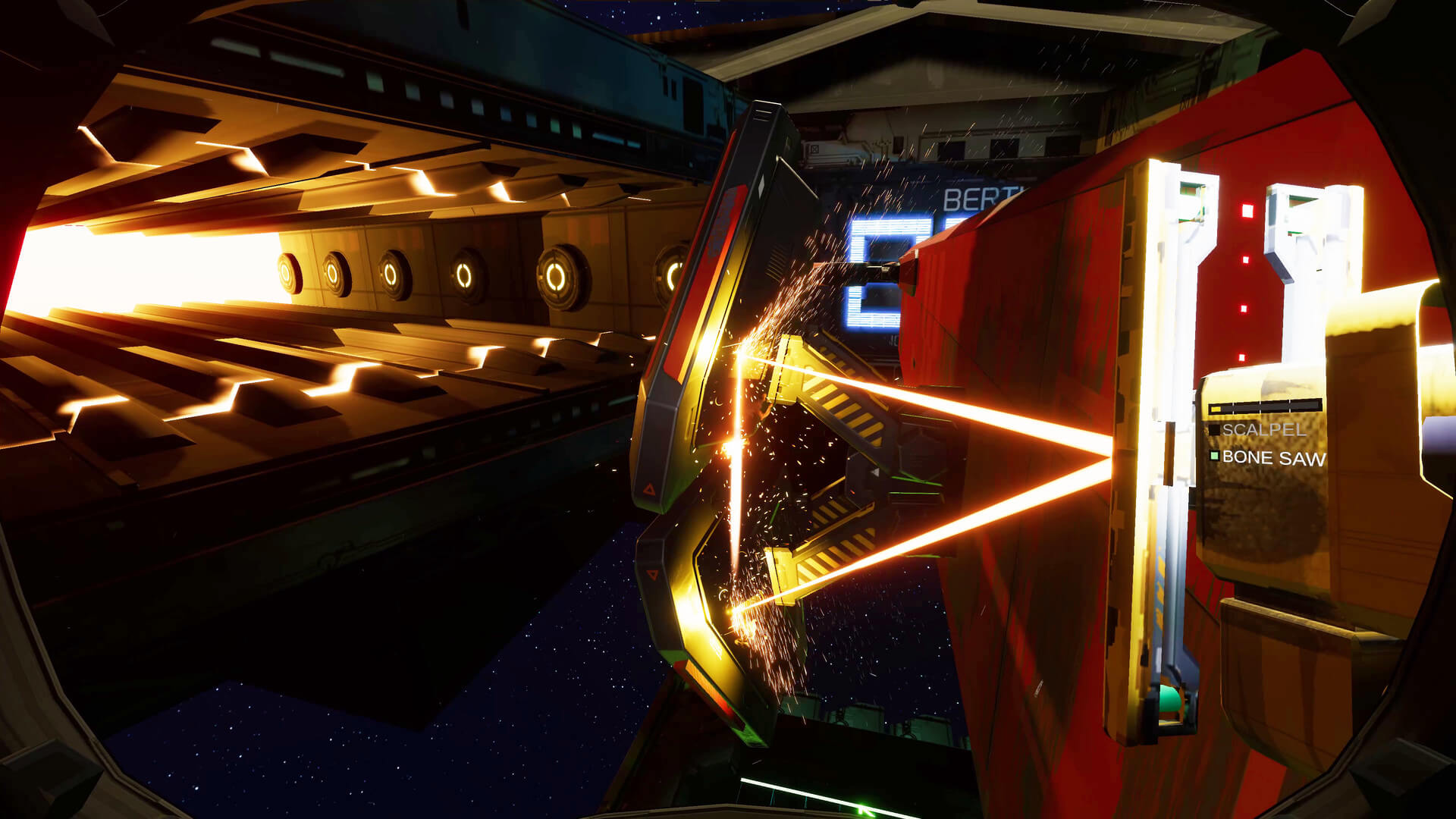 Hardspace: Shipbreaker is fun in a strange zen-like way. Methodically tearing up ships is far more fulfilling than blowing them up as you would in other games. Sure, you can accidentally blow them up, but that’s usually a bad thing (though doing it right can be effective). The seemingly insurmountable billion-dollar debt you start in and slowly chip away at a few million at a time adds another strangely rewarding feeling to the process. Trying to make as much money in every shift forces ingenuity in your efforts even when you don’t realize it.

Yet the limitation of the shifts can be a bit of a problem. In early ships, you can knock out most everything in the 15-minute time limit. For larger ships, you’re revisiting three or four times just to fulfill the work orders. Finding efficient methods to cut ships apart can only go so far to resolve this, so it just feels like a chore reloading every 15 minutes. Couple that with crazy physics bugs (don’t try to pick up a fuse) and items being pulled into the wrong processing area and some big issues need to be resolved. On top of that, the UI isn’t particularly friendly and on PC currently has static keybinds that aren’t consistent across the menus.

Despite those issues, the allure of zero-g space ship salvage drew me in. I’ve always loved salvaging in games so this was a must-play for me. It delivered most of what I expected and some things I didn’t even consider. Hopefully, the developers can work out the bugs and figure out a middle ground on the timer (which I do think is necessary in some form). I’d recommend this in its current form mostly for crazy sci-fi salvage-loving nerds like me. 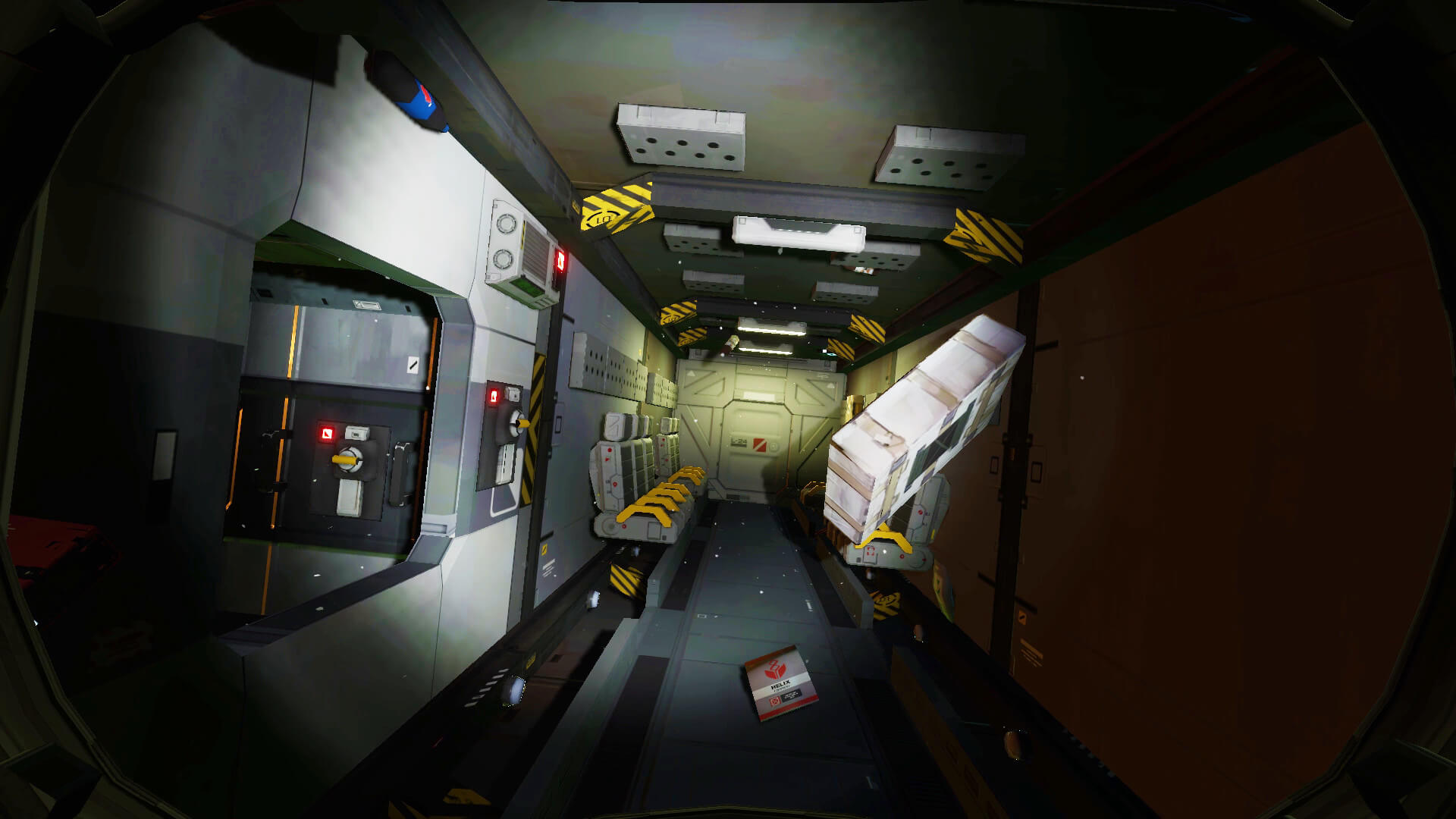 If you’d like to see more coverage of early access games check out these articles on Noita or Wrath: Aeon of Ruin!

Let me know what you thought of the review in the comment section below. All feedback is welcome.

Hardspace: Shipbreaker explores the concept of salvaging spaceships in detail never seen before with the use of physics and destructible materials. It's extremely fun in its early access form, but needs to work out some bugs before it's ready for more than fans of the genre or methodical gameplay.