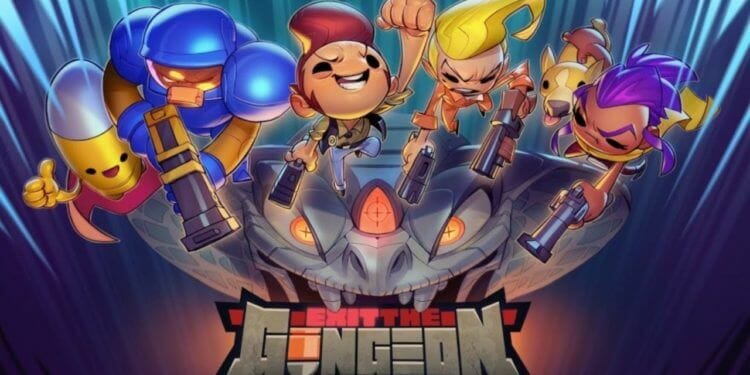 Today, the Indie World Showcase happened in Redmond, Washington. There, Nintendo released a brand new video showcasing over 20 indie games releasing to the Nintendo Switch family of systems throughout 2020. A wide variety of games await, and one of them is actually out today as a timed console exclusive.

Exit the Gungeon is a bullet-hell dungeon climber immediately following the events of Enter the Gungeon. Given nothing but an ever-changing weapon, an insatiable need to loot and the trusty dodge roll, the heroes must traverse and escape via their own individual routes of increasingly perilous levels. Exit the Gungeon launches on as a timed console exclusive later today!

From the creators of No Man’s Sky comes The Last Campfire. Embark on a journey through a breathtaking wilderness packed with lost folk, strange creatures and detailed ruins. You’re invited to experience a moving story of magic and mystery when the game releases Summer 2020.

Robi Studios invites you to journey through the desolate kingdom of Penumbra, discovering its lost secrets along the way. Venture through mystic temples, find survivors and take on various quests to get valuable items. The darkness of Penumbra awaits when Blue Fire launches as a timed exclusive this summer.

Baldo has you meeting many unique and funny characters in an action-adventure RPG full of intricate puzzles, intriguing mechanics and vast dungeons. Explore the vast world of Naps Team’s ambitious project when it hits Nintendo Switch as a timed exclusive this summer.

Watch the trailer below:

Hollow Ponds’ I Am Dead is a charming puzzle game from the creators of Hohokum and Wiimot’s Warehouse. Its key selling point is being a unique puzzle-solving experience while exploring the afterlife. I Am Dead releases later this year as a timed exclusive.

From Tic Toc Games comes B.ARK, a game where dogs, cats, bears and bunnies team up to save the solar system! Invite your friends to pilot powerful ships as you team up to mow down waves of enemies in a brand-new side-scrolling experience. B.ARK launches into orbit as a timed exclusive in late 2020.

See the trailer below:

In Cyanide and Happiness – Freakpocalypse: Part 1, you take control of Coop “Go Away, Weirdo” McCarthy, trying to make the world better. The only issue is; no one likes you, school life is terrible, everyone bullies you (even teachers), and any efforts to help only worsen matters. Get ready to experience a very weird world from Explosm Games when the game releases this Spring.

Summer in Mara has you managing your own island and exploring the ocean. Experience Koa’s story in a game that combines farming with a detailed crafting system to explore a tropical archipelago. Try this game from Chibig this Spring.

Watch the trailer below:

Quantum League is a competitive online experience where the player teams up with their past and future selves in explosive 1v1 or 2v2 battles. Nimble Giant Entertainment’s newest project warps time and arrives on Nintendo Switch in late 2020.

Check its trailer out below:

You’re a journalist from New York, assigned to research Rainy Woods, the happiest town in the English countryside. Upon arriving, you quickly discover that on full moons, the town’s citizens turn into dogs and cats. Enjoy the bizarre charm and unravel the secrets of Rainy Woods when The Good Life releases this summer.

Watch its trailer below:

Q-Games presents a platformer where you jump, spin, swing and take out invading creatures to collect pollen and re-grow gardens.  While on this journey, you encounter bizarre worlds and various creatures as you liberate the new locations. With music from Baiyon, PixelJunk Eden 2 invites you to become immersed in the art and music as you, your Grimp and the world of the game become one. Enjoy the game solo or with a friend locally when it launches this summer.

For more information, check out its Nintendo game page here. 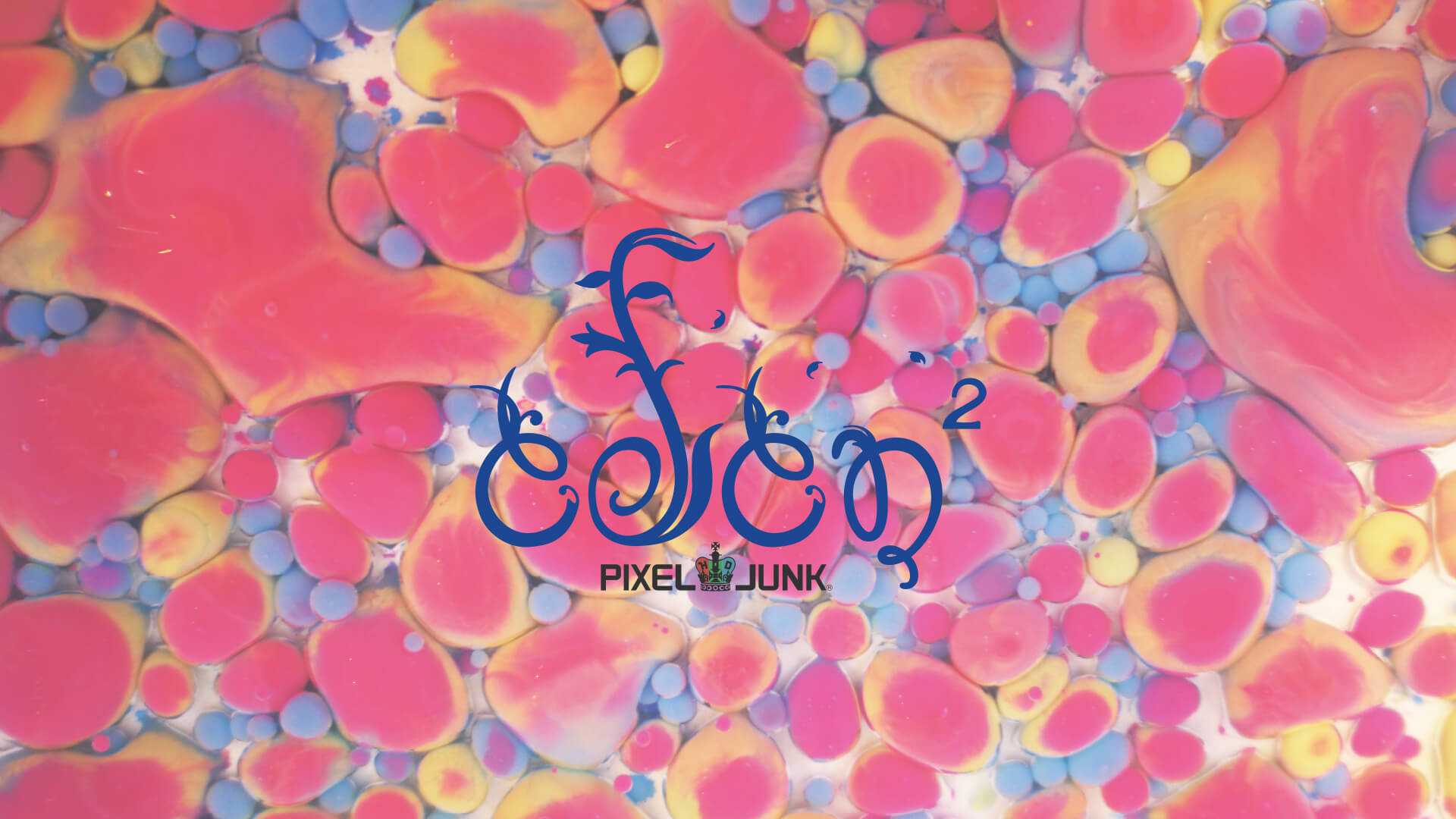 Faeria is a new card game with a dynamically living board, with its changing traits providing potential new strategies. Its draw is to build your deck to be as strong as possible and take out all challengers. Shuffle your deck and get ready, because the Nintendo Switch version of Faeria releases this Spring.

Check it out below:

Enter a dark world that combines top-down boss rush gameplay with deep combat customization. Be among the first to explore Fallen Flag Studio’s fantasy world when Eldest Souls drops on Nintendo Switch as a timed exclusive this summer.

Moving Out is a co-op action-, puzzle-, and physics-based moving simulator that redefines “couch co-op”. Play alone or with friends locally as you venture through over 50 levels of story, arcade and versus modes. Moving Out launches on April 28th, with pre-orders available now (via Nintendo’s website).

Take flight over whimsical, colorful worlds, with only yourself, a stylish scarf, a laser tennis racket, and hordes of fluffy enemies trying to knock you out of the sky. Mixing classic elements of shoot-’em-ups and block breakers like Arkanoid, Sky Racket launches later today on Switch!

1996. A young boy disappears in the Black Hills Forest near Burkittsville. Take control of Ellis, a former police officer with a troubled past, and join the search. Survive the horrors of the Blair Witch, a mysterious force that haunts the woods, in the next big project from Layers of Fear creators Blooper Team, this summer.

From the creators of Guacamelee, Dead Cells, Darkest Dungeon Owlboy and more, comes a brand-new indie fighting game where you can put your favorite indie heroes against one another. Bounty Battle gives players access to 25 indie game characters from over 20 games, each with a Minion that grants unique abilities. Battle with up to four players when the game punches its way onto Nintendo Switch this summer. 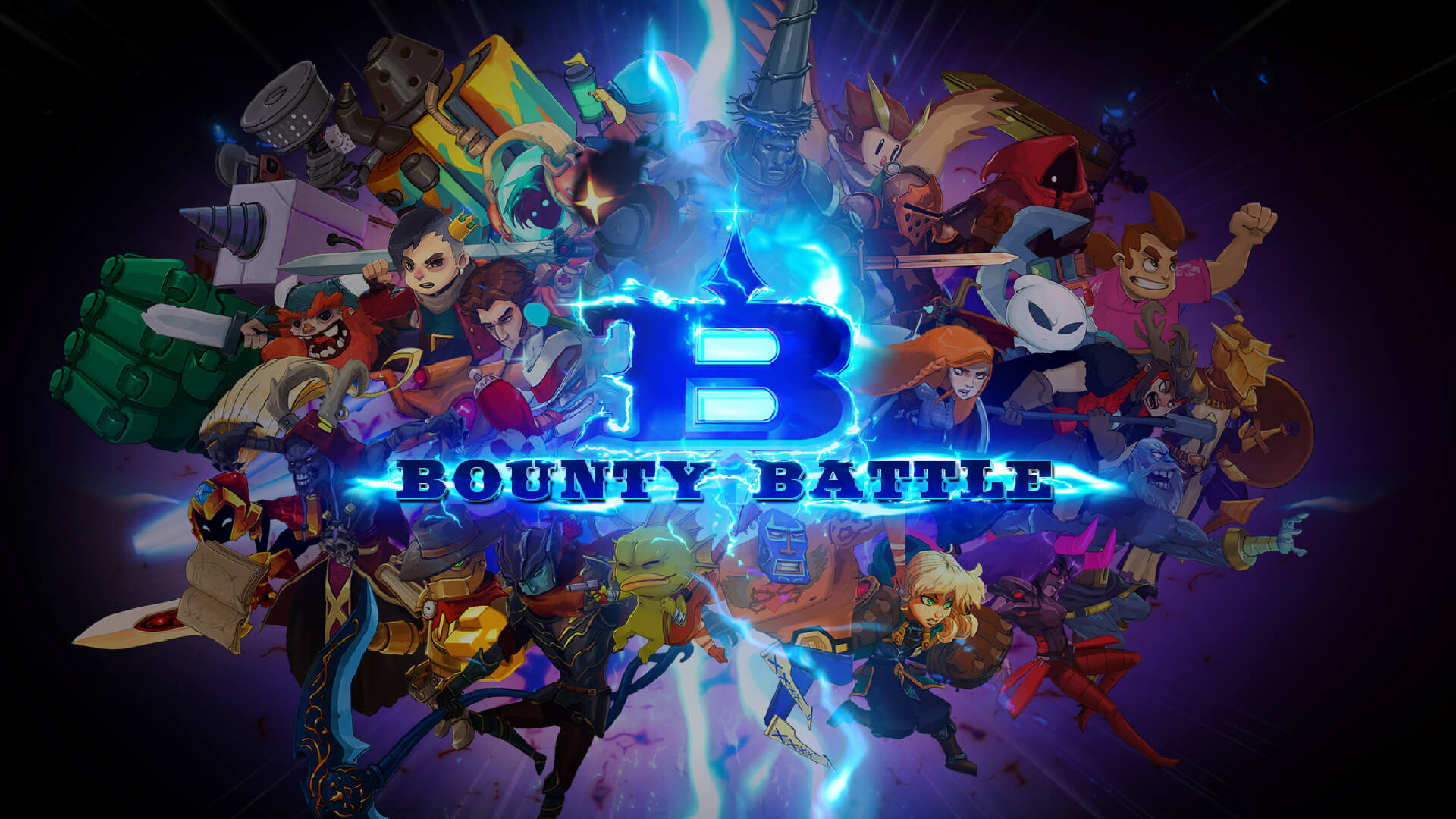 Terry Cavanagh, Chipzel, and Marlowe Dobbe invite you to Dicey Dungeons, a deckbuilding roguelike where you fight monsters and level up your gear. Adventure to defeat the Goddess of Fortune, Lady Luck herself, with your strategies rallying on the fate of a dice roll. Control six unique characters, each with their own abilities and class, and figure out which best fits you when the game releases later this year.

For more information, check out the game’s Nintendo page here. 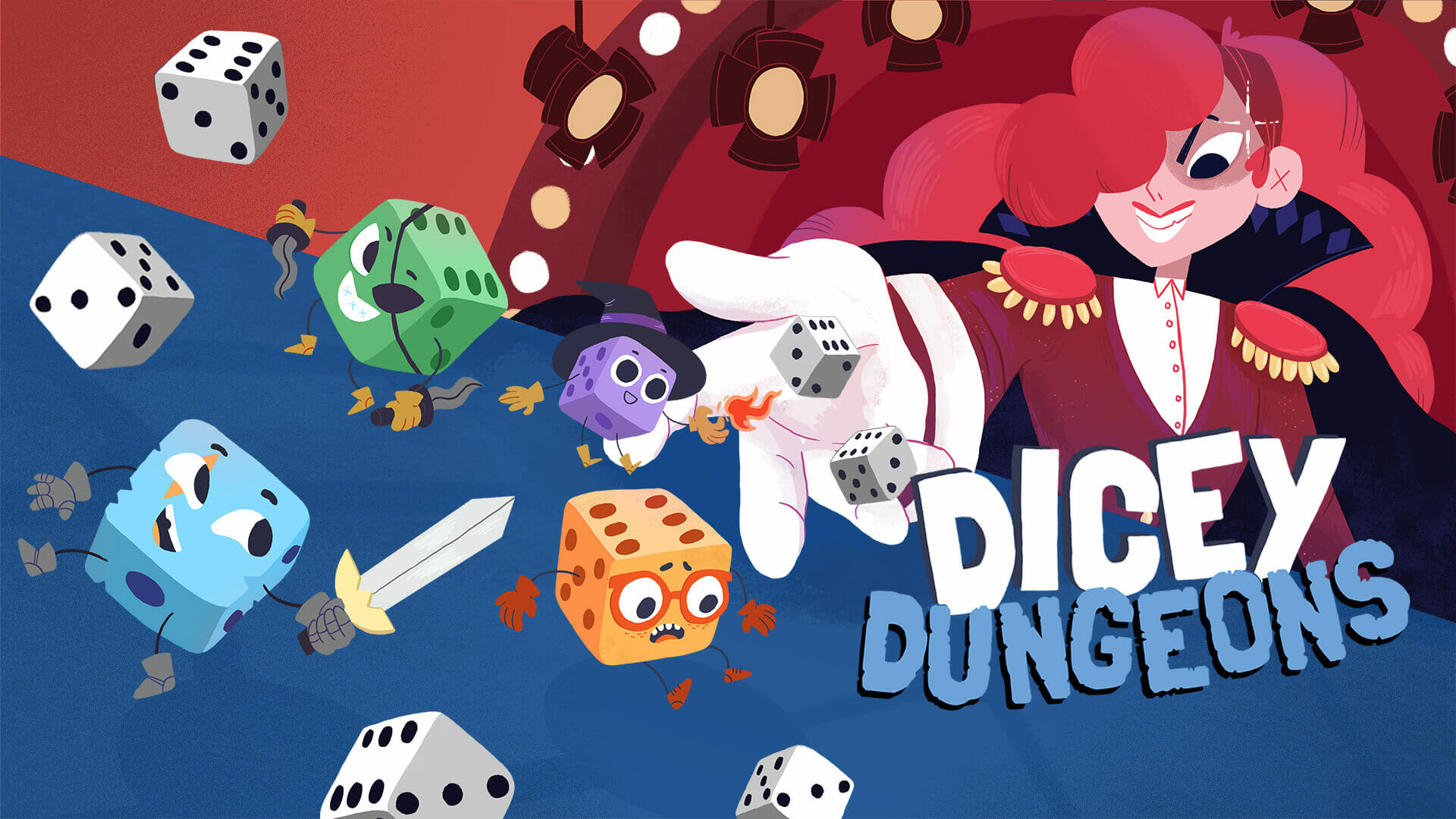 Ghost of a Tale

Plug In DIgital’s Ghost of a Tale follows Tilo, a minstrel Mouse on a journey to escape Dwindling Heights Keep and to uncover the fate of Merra, his true love. Set in a world where Rats reign supreme over all other creatures, the game combines elements of adventure, action-RPG and exploration games with a rich and immersive visual style. Escape Dwindling Heights Keep this Spring.

You can watch the game’s trailer here:

Sky: Children of the Light

Welcome to the world of Sky, where you and your loved ones can embark on a beautifully-animated kingdom from thatgamecompany, creators of the award-winning Journey. In Sky, the player is a Child of the Light, helping fallen stars return to their rightful constellations. Venture through Sky’s seven kingdoms with up to 8 players this Summer.

This Summer, you, the player, are lost in a dream, beginning the first step of an experimental dream therapy program from Dr. Pierce. Superliminal is a first-person puzzle game made to give a sense of the unexpected and plays on optical illusions and forced perspective. See if your eyes are really seeing everything truthfully this summer. 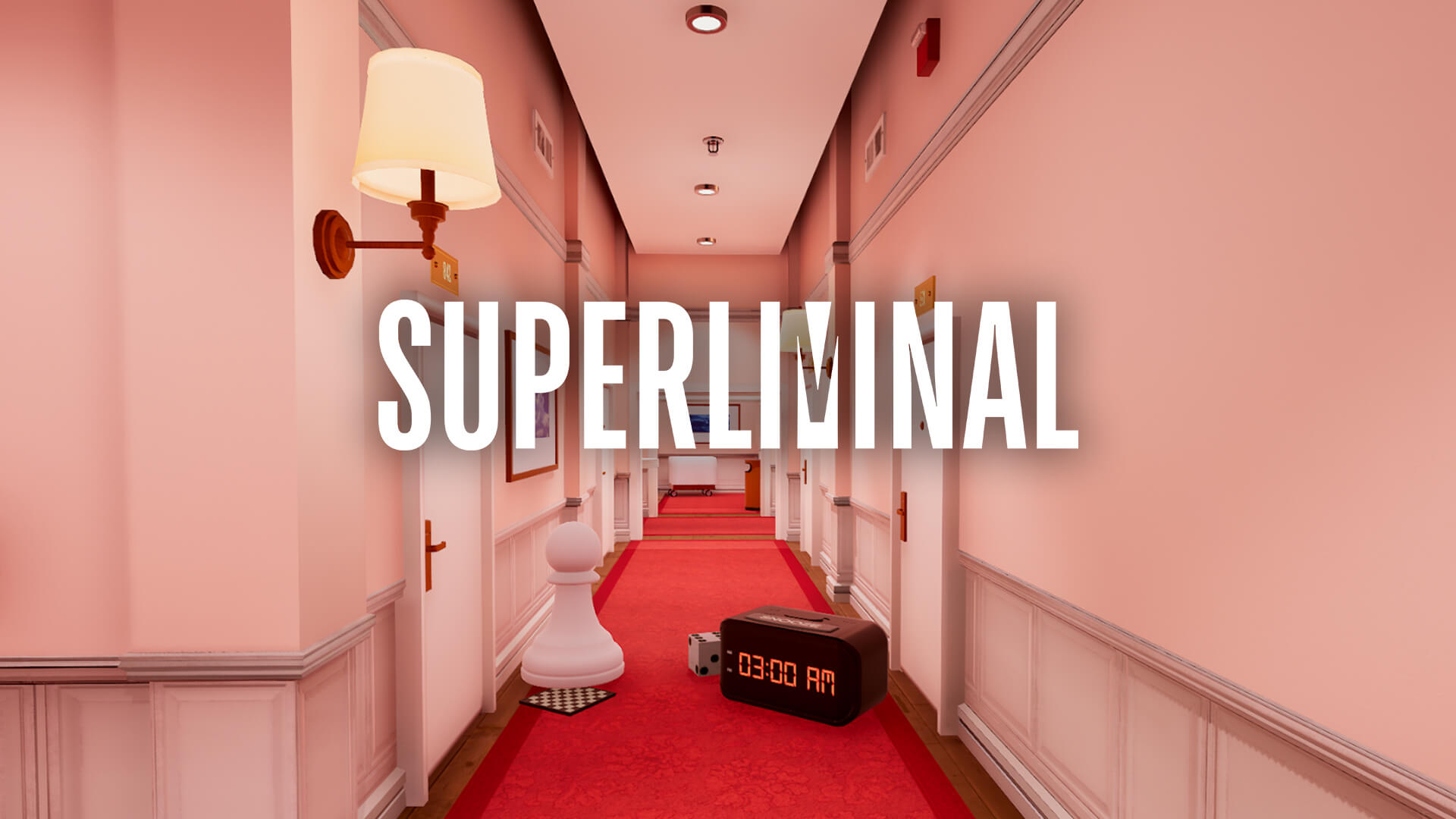 WINGSPAN challenges you and up to four other players to create the best nature preserves in a limited number of turns. Every bird that comes to your preserve makes you better at various skills, including laying eggs and gathering food. The 170 unique bird species have traits that echo real life, like hawks hunting, for instance. Build your best reserve for the birds this Spring. 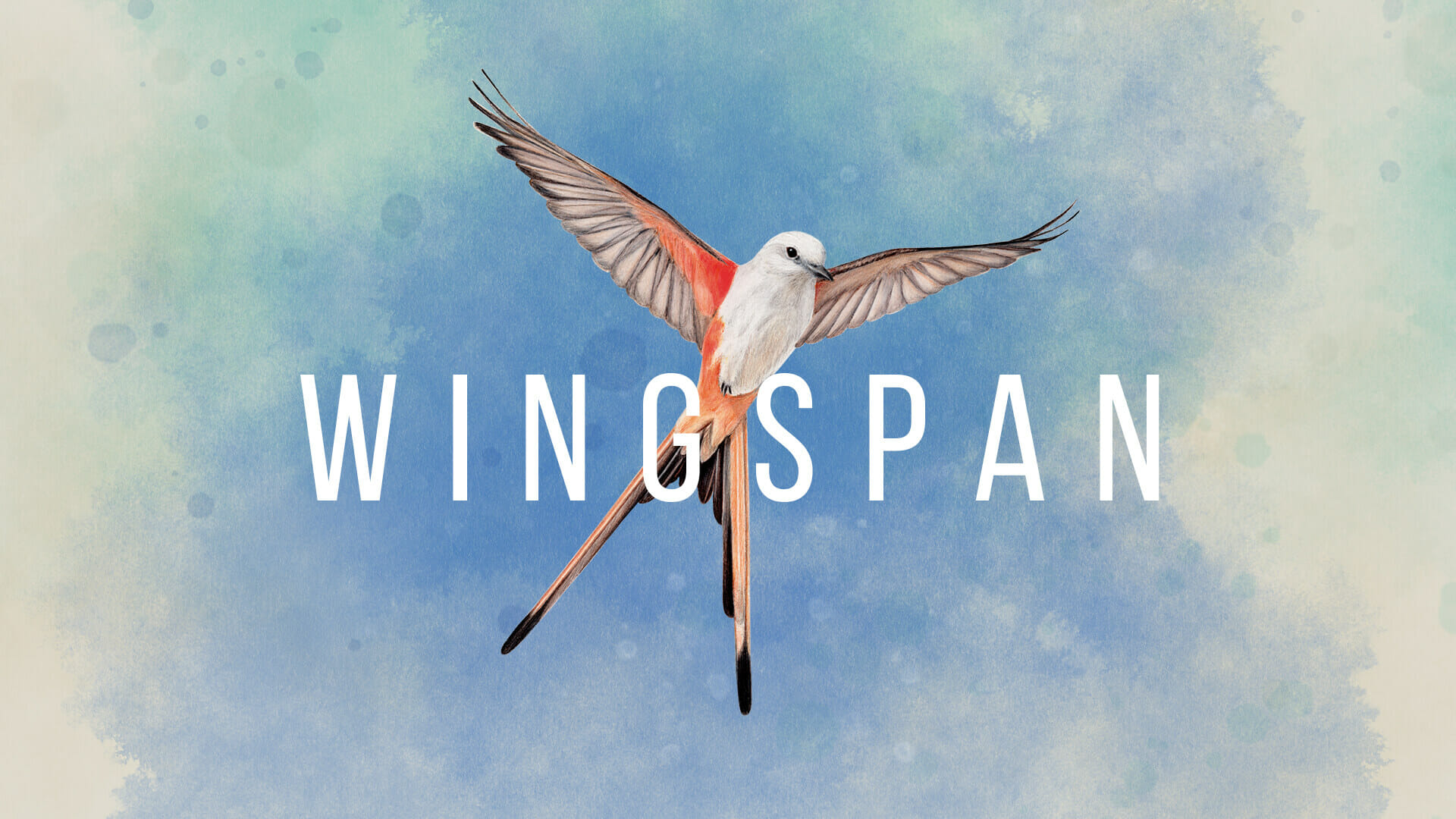 What do you think of the Indie World Showcase? Do you think that you’ll play the games featured today? Are you planning to pre-order any of these titles? Let us know your thoughts in the comments section below.

Know Yo’ Pro Logo: 5 of the Best Game Logos of All Time