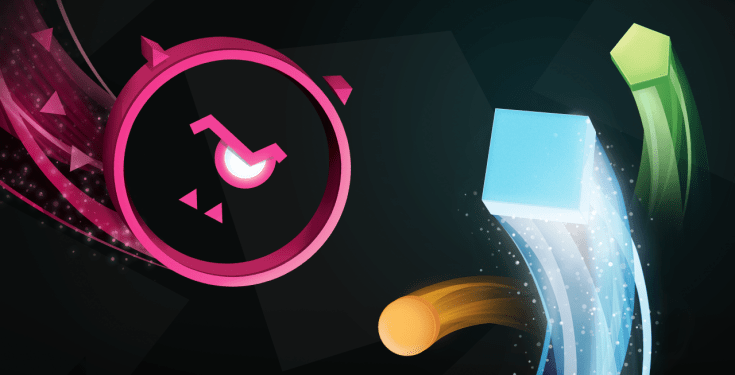 If there’s something that could be said about me is that I used to be a Berzerk Studio fan. Why? Because I often spent my time playing their games over at Kongregate. As a teenager, my all-time favorite game was Homerun in Berzerk Land: Berzerk Ball.

Nevertheless, I’m pretty sure my readers can imagine how big and goofy my smile was as soon as I found out that one of my favorite gaming studios made a new game. A game that is not only enjoyable and simple; but also can be a great challenge for hardcore gamers who enjoy the Bullet Hell genre.

This game is none other than Just Shapes and Beats. It’s a game that got announced for the Nindies showcase (Alongside its PC version, of course) that’s simple in terms of design and gameplay mechanics. However, the game is also complex considering using a music-themed Bullet Hell style.

This game reminds me of the Wiiware game Lilt Line. They are pretty different games on their own right, I know. However, both are what could otherwise be considered very simple games. Of course, once the veil drops, the games become more challenging. 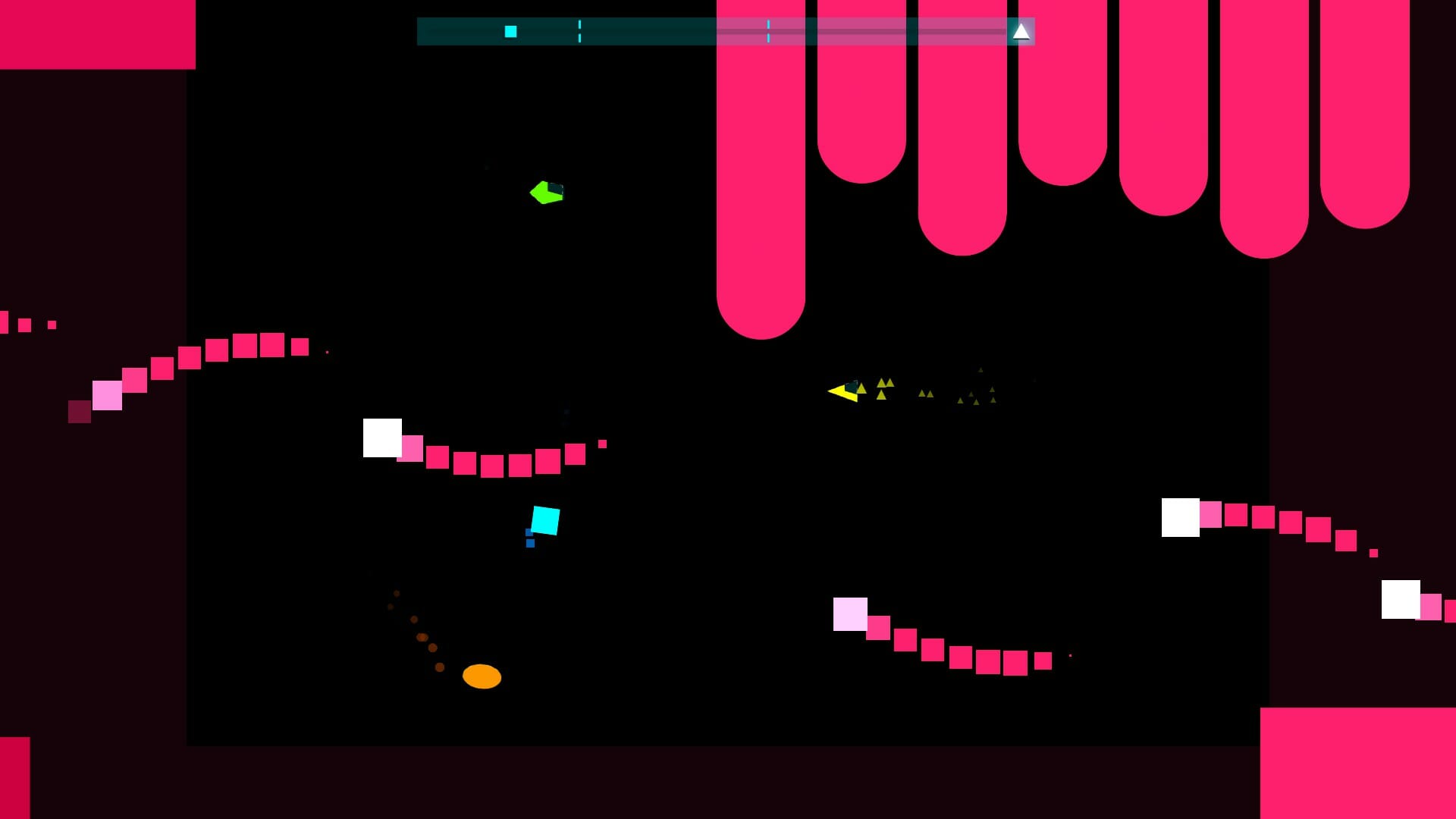 Shape the Music and Avoid Death by Beats

The colors are pretty noticeable on their own amid the chaos that happens during the stages. As such, no player should feel completely lost during gameplay. In fact, they will be able to track the shape they are controlling easily. Of course, there are times when things get really hectic. But, more likely than not, I had no problem seeing the shape I was controlling vs. those of other players.

The objective of the game is to avoid any and all shapes that aren’t yours or belong to other players. The shapes take form and rise/contract with the beat of the song itself and tend to be massive in size. Not only that, but there are also some bullet spreads that are common in Bullet Hell games. 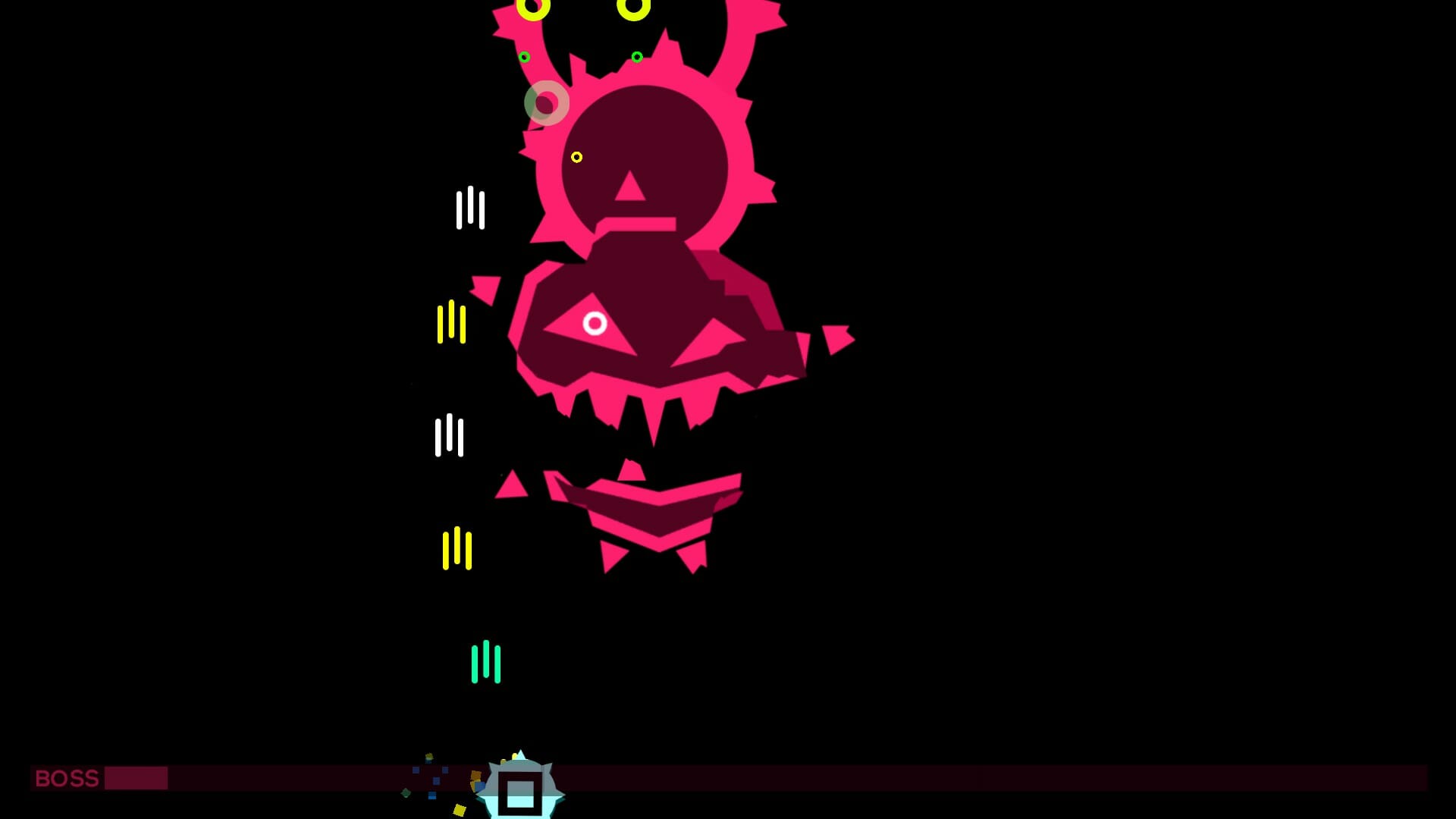 This game also packs a Story Mode. In it, players will be able to complete different levels which then unlock songs to be played in Challenge Runs. I should also mention that within Story Mode there’s a feature called Casual Mode that helps people who aren’t familiar with Bullet Hell games. This is done by making the game a bit easier by increasing the number of hits players can take.

Challenge Runs let you play through some of the game’s songs randomly. Each set finishes with one of the many boss battles you’ll find throughout the Story Mode. Challenge Runs can be played alone or co-operatively online or locally.

The controls are as simplistic as the design is. With the left thumbstick used to move around and the A and B buttons used to dash around the screen. Doing this makes you impervious to damage for a split second. This sort of minimalist approach is easy to pick up. However, it’s also tough to master once players go for harder stages.

Find Music Within You!

Since this is a music-themed Bullet Hell, I should also make mention of the Music Selection that’s found in Just Shapes & Beats. Long story short, it’s an incredible soundtrack filled with a huge variety of songs that range from great to amazing.

My particular interests are gravitating towards Long Live The New Fresh, The Art of War, Commando Steve and Wicked. However, there are some song choices that I didn’t expect to be in the game at all. One of the hardest songs in the game is the Mortal Kombat song. This selection caught me off-guard, but I still was entertained.

If you just want to enjoy the game’s song selection or leave the game open for everyone to try out in a reunion; This game also has a Party mode where the songs are played non-stop and the difficulty is reduced to zero. In other words, anyone can enjoy the music choices and hop in at any time!

I do have a gripe, however. I would’ve liked it if they gave more variety to the songs. You can only listen to variations of techno songs for so long. Going back to Lilt Line the game was known for using a huge variety of song samples that went beyond techno music.

However, this isn’t really a detriment to the overall appeal of the game’s soundtrack. I just wish there was more variety considering the theme this game follows. Although I’d say that it would be pretty hard to do considering the nature of the game itself. 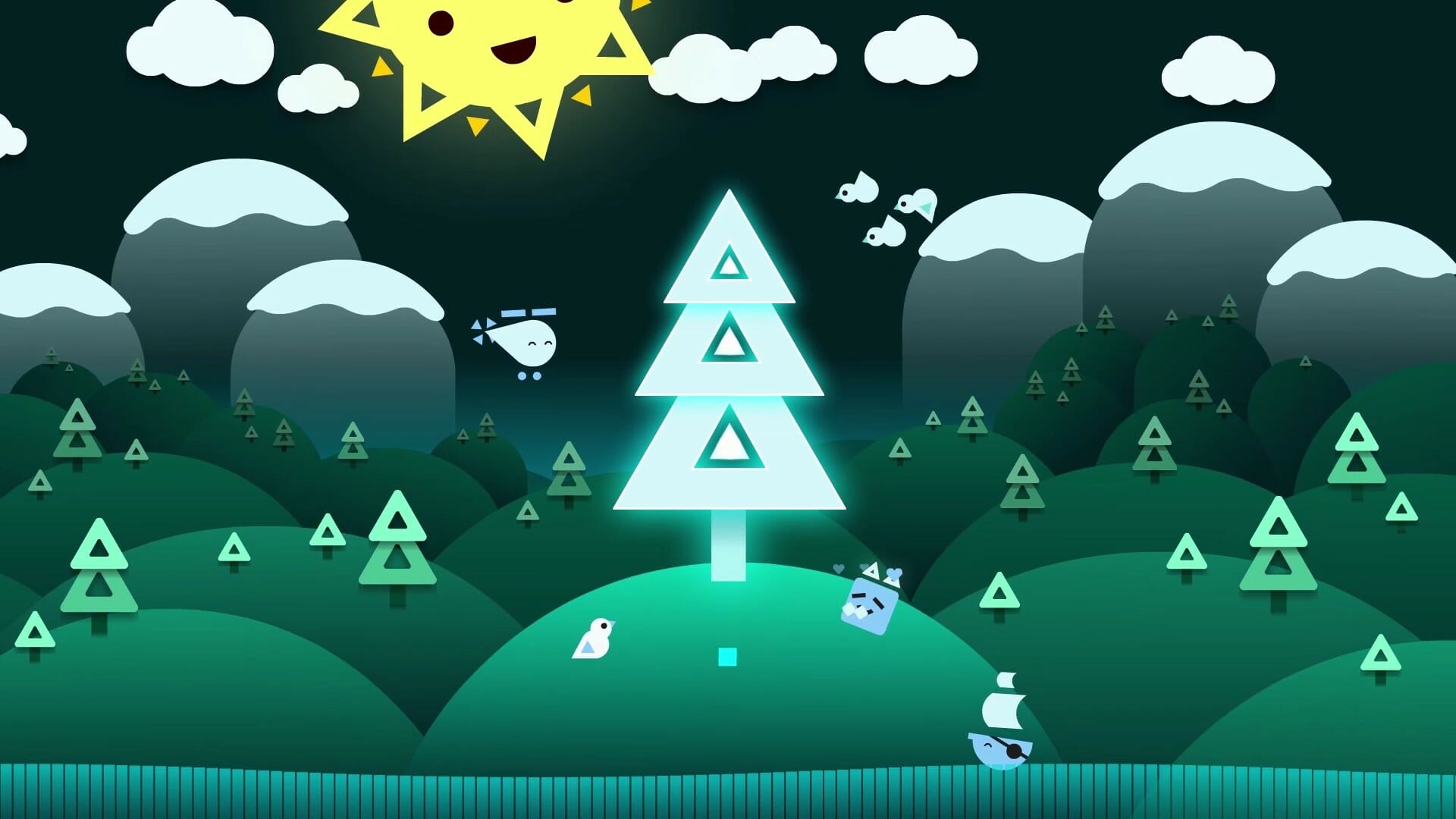 The Perfect Beat and The Great Shape

Overall, I think that the simplistic design and controls make for a game that appeals to a lot of people. Berzerk Studio made a game that appeals to Casual and Hardcore audiences alike. As such, this game will be very entertaining to bring to parties and crazy reunions. The music is very appealing and will light up any party. Of course, it also helps that the game will always be the center of attention because of how easy it is to pick up.

The game is actually very stable and works pretty well in regards to its net code. Rarely, if ever, I have found issues with my controls not responding accordingly.  Whenever I got hit by something it felt like it was my fault. I think that Just Shapes and Beats will be a great experience for indie game fans.

Oh, and by the way. This game is currently having a crossover with Shovel Knight! That’s right, you will be able to listen to your favorite songs from the game with new remixes. Of course, my favorite song will always be the Strike The Earth! remix by Danimal Cannon.

I amply recommend this game for people who are just beginning to get into Bullet Hell games and love to hear some great music. Just Shapes and Beats will definitely satiate the cravings of a person who is looking for a new beat and a great challenge.

What do you think about our Just Shapes and Beats review? Are you going to get the game yourself? What is your favorite song from the game? Let us know your thoughts in the comments section below. Want to read another review? Check out our review of Star Traders: Frontiers!