It is time for FPS fans to rejoice. A Quake Collector’s Edition is coming out! 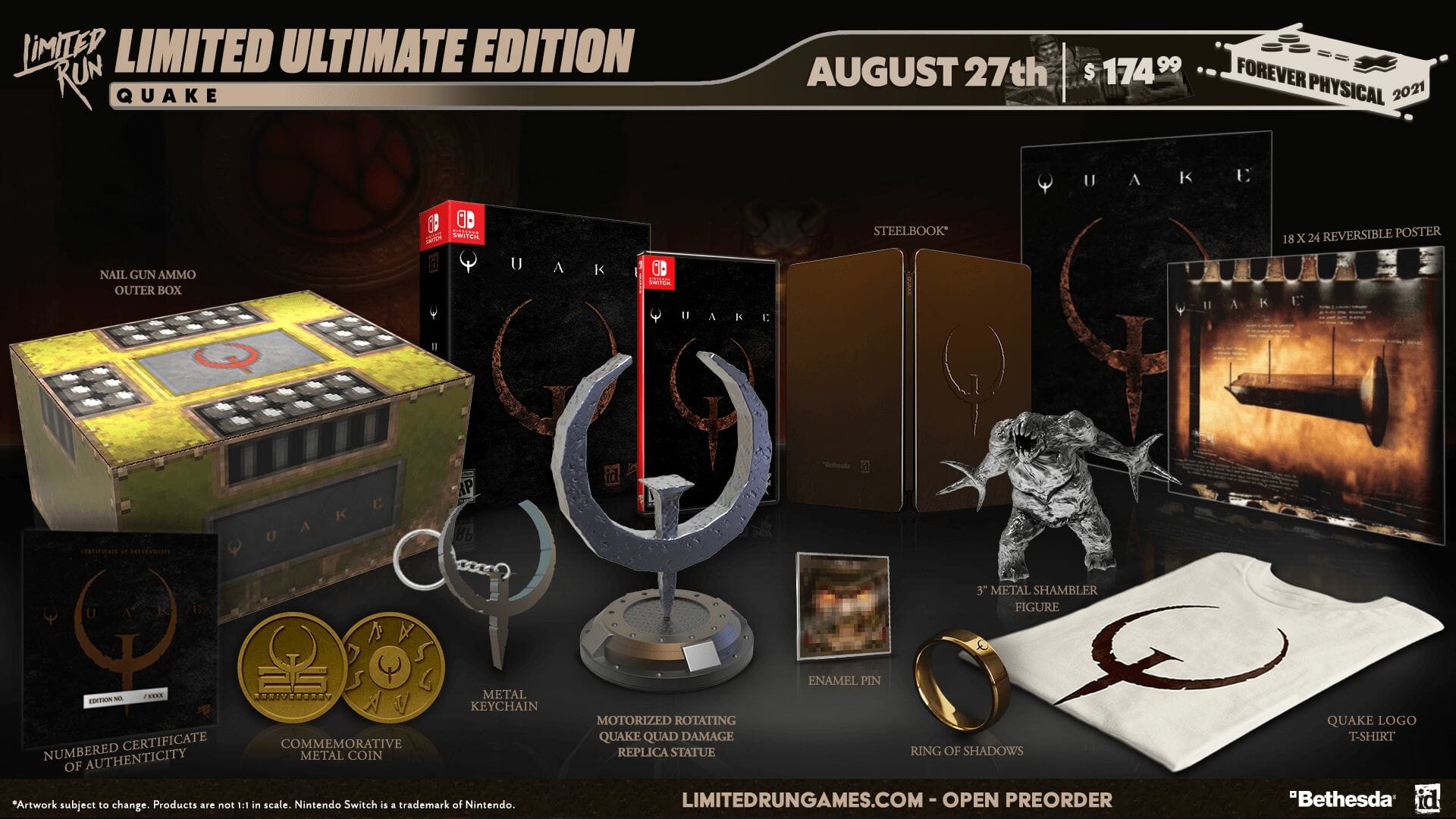 Limited Run Games has previously released physical editions of influential games, such as Haven and Hyper Light Drifter.  The Quake Collector’s edition will commemorate the 25th anniversary of the game. Pre-orders for the collector’s edition begin on August 27th, at 10:00 a.m. EDIT and will end on September 26th.

There will be three collector editions available, both for PlayStation 4 and Nintendo Switch. Every edition includes a physical disc for the game and a game box inspired by the original 1996 box art. 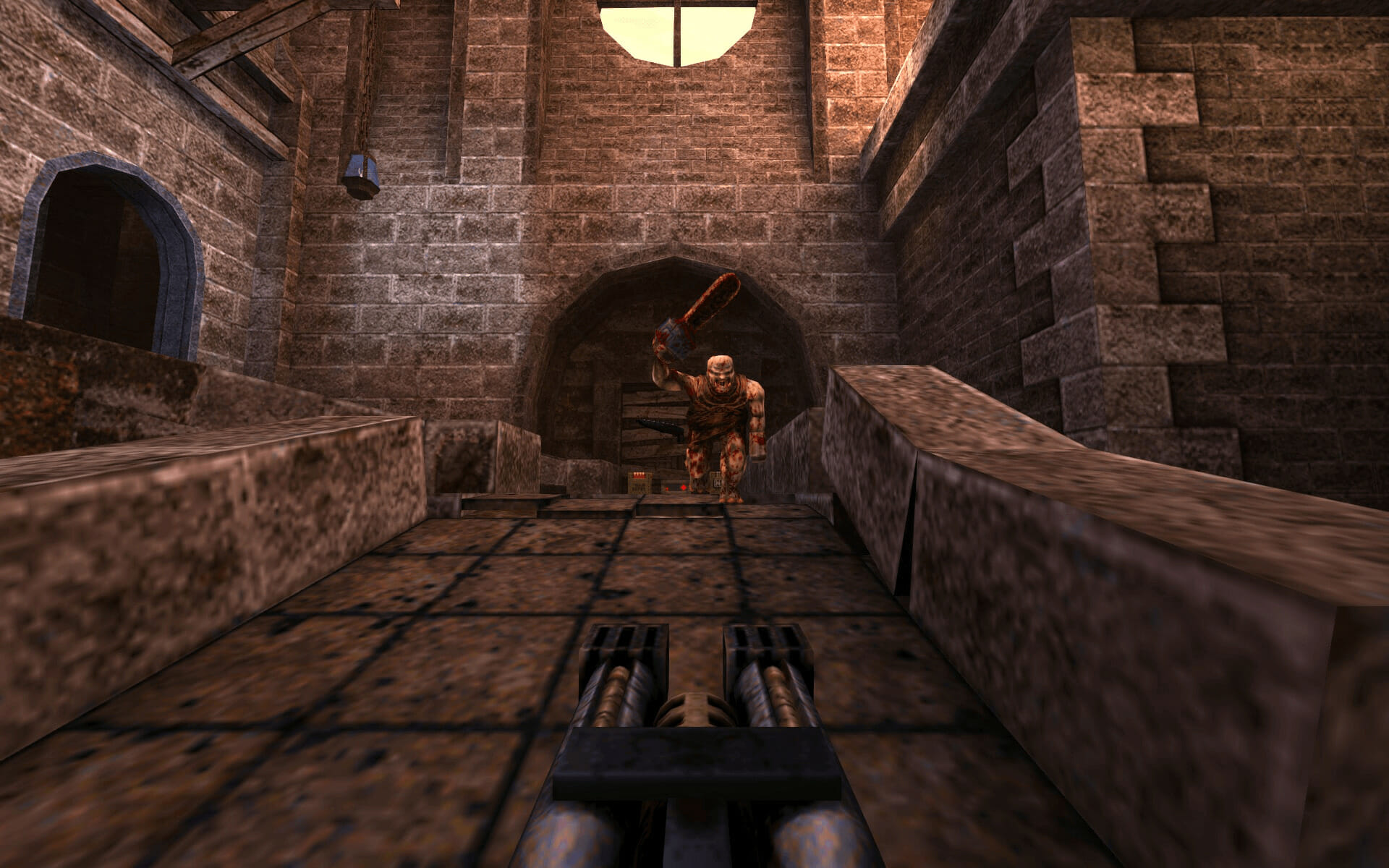 The Quake Standard Edition will be $29.99. It comes with the physical game disk, color manual and the standard edition box.

The Quake Deluxe Edition is $79.99. It comes with a Quake steelbook, an 18×24′ double sided poster, a metal Quake logo keychain, a commemorative metal coin, and a deluxe edition box.

The Quake Ultimate edition is $174.99 and includes everything in the Deluxe Edition. It also includes a t-shirt, ring of shadows, enamel pin, and a metal shambler figure. Additionally, it will come with a steelbook and a motorized rotating Quake statue. The Ultimate edition box is a stylized as a nail gun ammo box. All of this includes a numbered certificate of authenticity for collectors.