Manga Review: An Invitation from a Crab

I’ll start this review off by saying An Invitation from a Crab is perhaps the most intriguing manga I’ve had to review this year.

From publisher Denpa and the artist Panpanya, comes An Invitation from a Crab. A collection of 18 stories, all of which range in different themes. These stories don’t follow a linear progression as each of them are all separate stories of their own with not a lot of consistency. 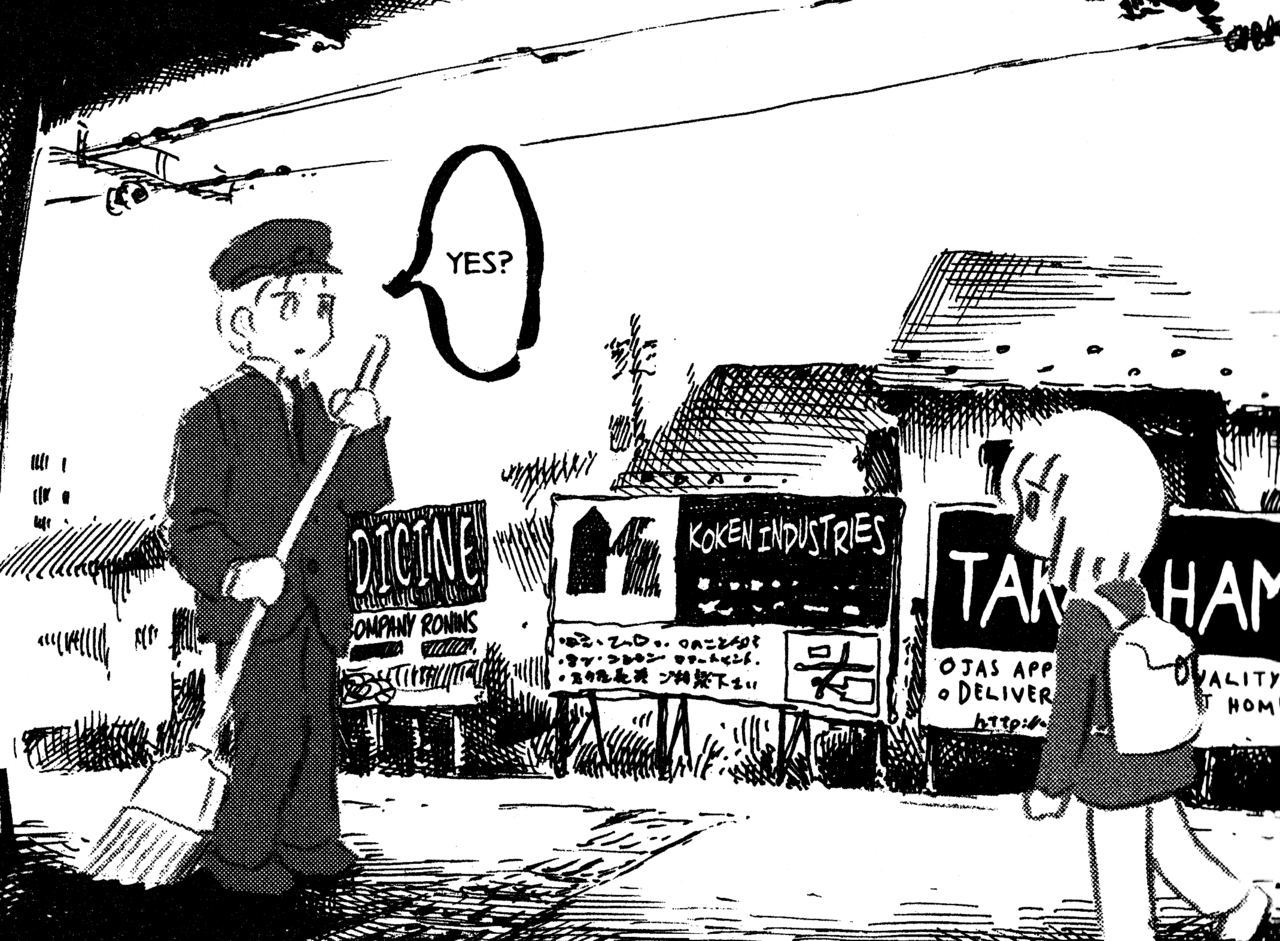 Which is the part of the manga that intrigued me the most. It’s as if Panpanya only wishes to have the main character just for the sake of having one. As if the stories are the main focus and not the characters. The stories Panpanya tell in the manga all range from cute and funny to eerie and mysterious.

In the first story, the protagonist is innocently chasing a crab down a street until they find its owner, a seafood clerk and a price tag attached to the crab. While in a different albeit longer story titled “Wandering, Wondering,” the protagonist winds up falling asleep on the train. When they wake up, they find themselves wandering in a strange and unfamiliar environment. They later realize they’ve left their body in a fit of astral projection and go on a small adventure to reclaim it.

The manga also shows its humorous side multiple times by pulling the bait and switch on its readers. A great example of this is seen in the story oddly titled “Hell,” where the protagonist encounters a crowd of silent weeping commuters. Wondering the source of their tears, they venture up a flight of stairs only to meet an old lady selling an onion slicer. Sections like these are not only funny but also do an excellent job of subverting the reader’s expectations. 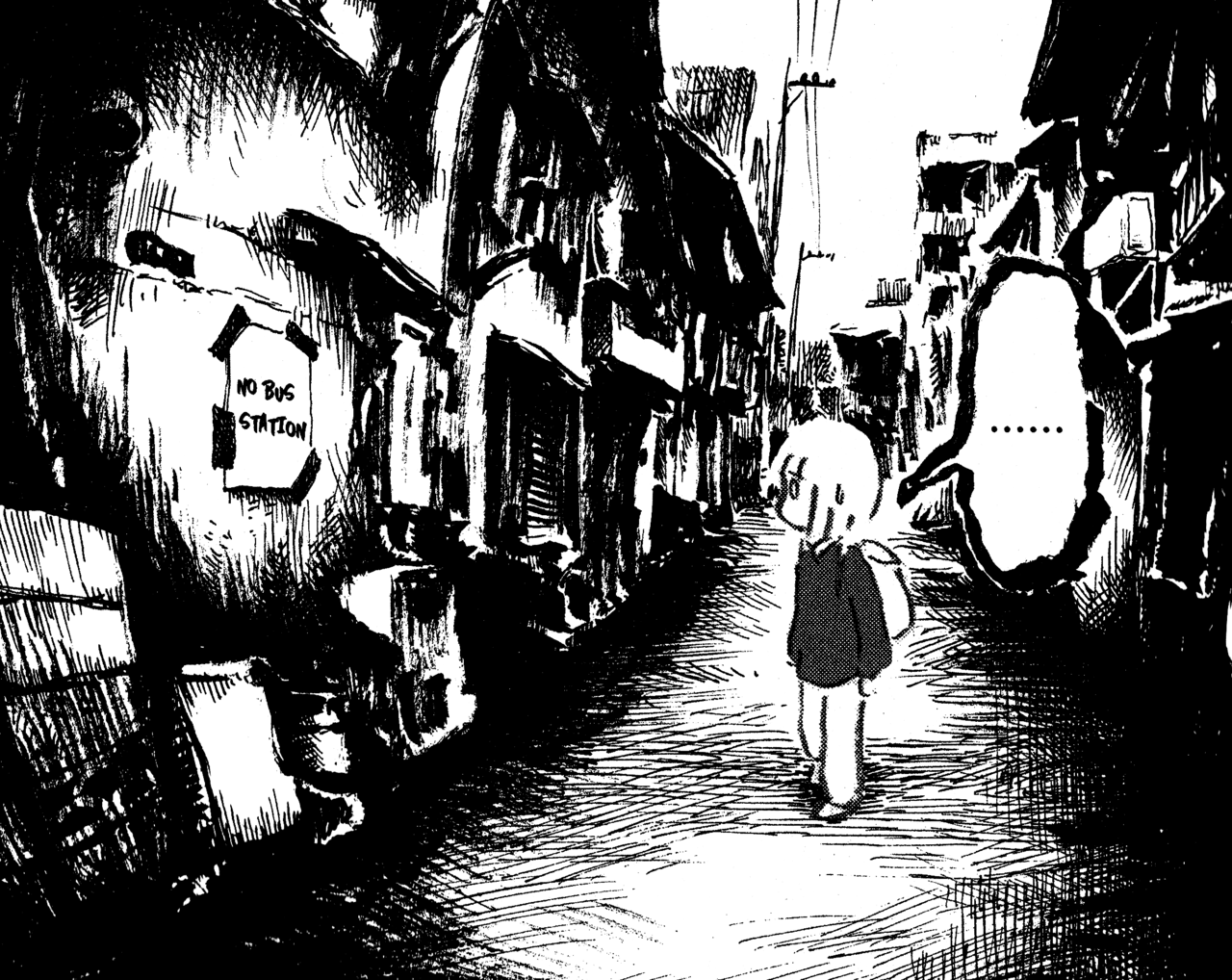 I was also astonished by how detailed and complex the world, and the characters in these stories can be. The main thing I focused on, however, was the mystery behind many of these stories. The characters include a mix of humans, normal and anthropomorphic animals, all of which are capable of speech. The stories also often contained the paranormal and mythical with Yokai creatures making an appearance or the existence of ghost towns.

What further drives the uncomfortable feeling while reading some of these stories are the surprisingly detailed and darkly inked drawings by Panpanya. The eerie feeling they invoke when you stare at them and how surreal they are. The protagonist is always drawn in pencil, which further amplifies and puts the focus on their highly detailed narrow stacked and realistically drawn urban environment. 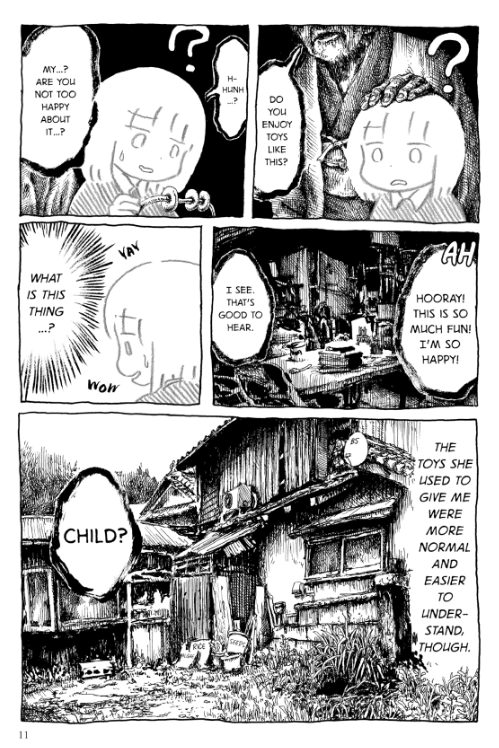 Some of these stories are also downright thought-provoking. An example of this is the story “Incomprehensible Memories,” where the protagonist recollects their experience visiting their grandmother as a child and how they often receive these complex and strange looking objects as gifts from her.

These objects grow more and more complex with each passing year until the grandmother passes away. The protagonist is then left with a letter from their grandmother they cannot read due to its complex calligraphy. Then they wonder if they’ll ever grow old enough to understand their grandmother.

There many other stories like this that leave you with questions. You’ll find yourself seeking meaning in them and wanting to know more about the world in which Panpanya draws these characters in. Some of these stories have clear cut messages, while others are more vague and open to interpretation. The author often allows the readers to know what they are thinking with several short paragraphs of thoughts they have in different sections between each story.

These thoughts often vary with some being relatable and silly, to being more personal or profound. Still, the main point is to give the reader an idea of what’s in the author’s mind, which in turn helps them understand these stories even more. 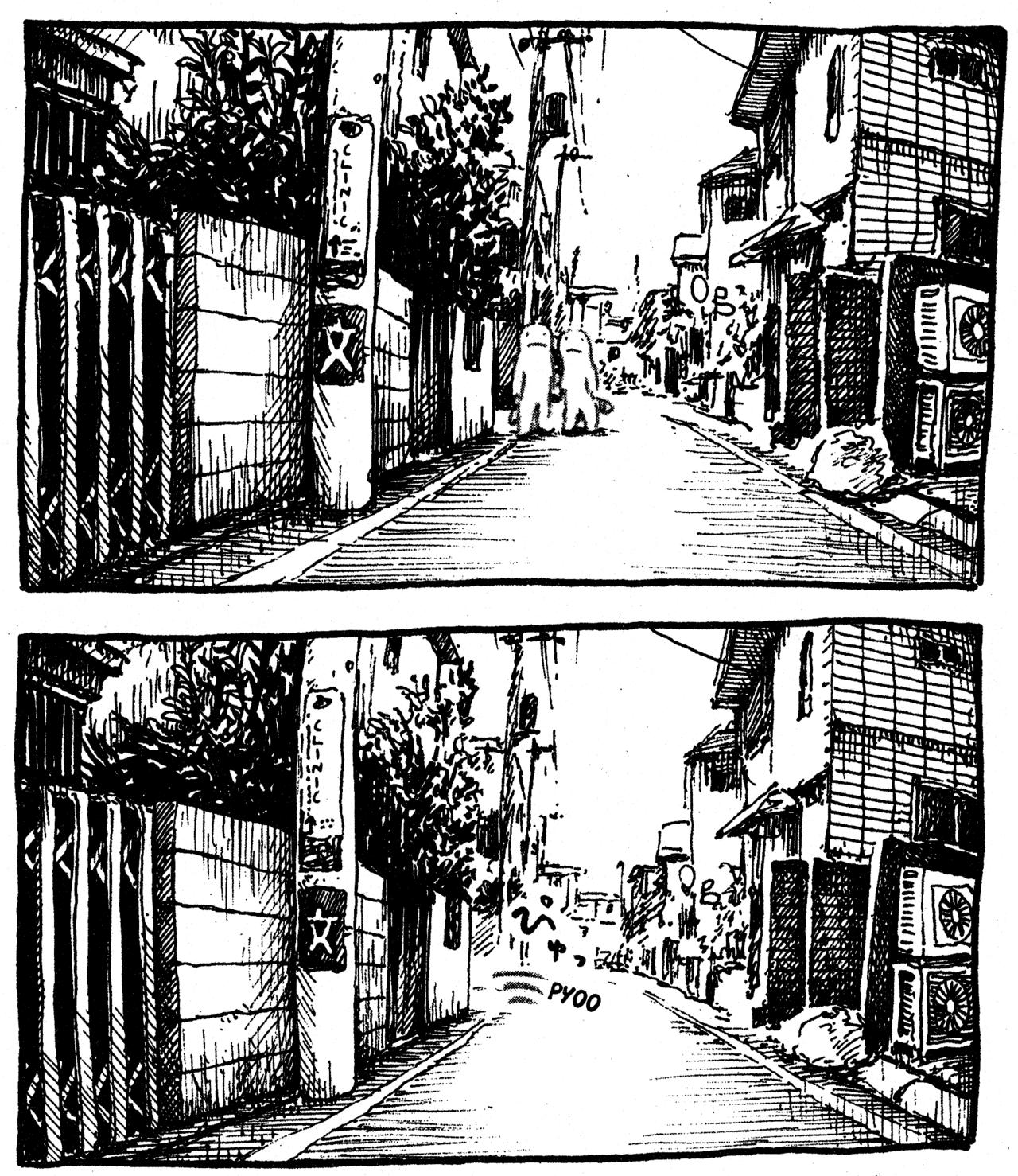 I’ll repeat myself by saying An Invitation from a Crab is quite frankly the most intriguing manga I’ve read this year. The stories are clever, whimsical, and eerie and the art is amazingly detailed. If you’re like me and enjoy reading unique and interesting manga, then I highly recommend you accept the Invitation from a Crab. It’s available now on Denpa.

Have you read An Invitation from a Crab? What kind of manga do you enjoy? Let us know your thoughts in the comments section below.

An Invitation from a Crab

An Invitation from a Crab is quite frankly the most intriguing manga I've read this year. The stories are clever, whimsical, and eerie and the art is amazingly detailed.

Tags: An Invitation from a CrabAnime and Manga ReviewDenpaManga
Previous Post

TOKYOPOP Highlights May and June Titles from Europe - BagoGames