by Abdul Saad
in Anime and Manga, Anime/Manga Review, Opinion
1

Fist of the North Star DEALS

Fist of the North Star is a legendary anime and manga series. It is also one of the best-selling manga series in history, having sold approximately 100 million copies. It is regarded as a pioneer of the “muscle-bound men punch each other in the face” genre. It is also one of the most influential series inspiring other legendary series like Jojo’s Bizarre Adventure and Berserk, while famously being a meme inspirer. 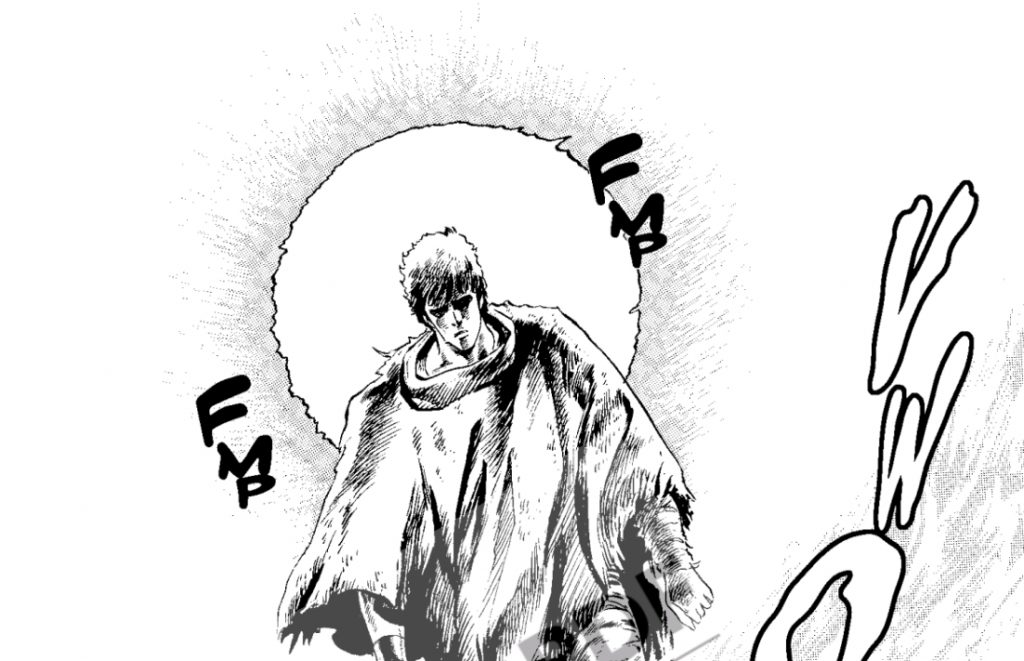 The manga follows Kenshiro, a drifter / martial artist in a post-apocalyptic Japan where the strong rule over the weak. Ken is a warrior of the deadly Hokuto Shinken martial art, a fighting style that has the fighter hitting specific vital points in the human body, resulting in a brutal, gory death. Not much is known about Kenshiro from the get-go as we’re only introduced to this wandering lone warrior with a righteous heart, who dedicates his time fighting all manner of gangs, bandits, and warriors in order to protect the weak. 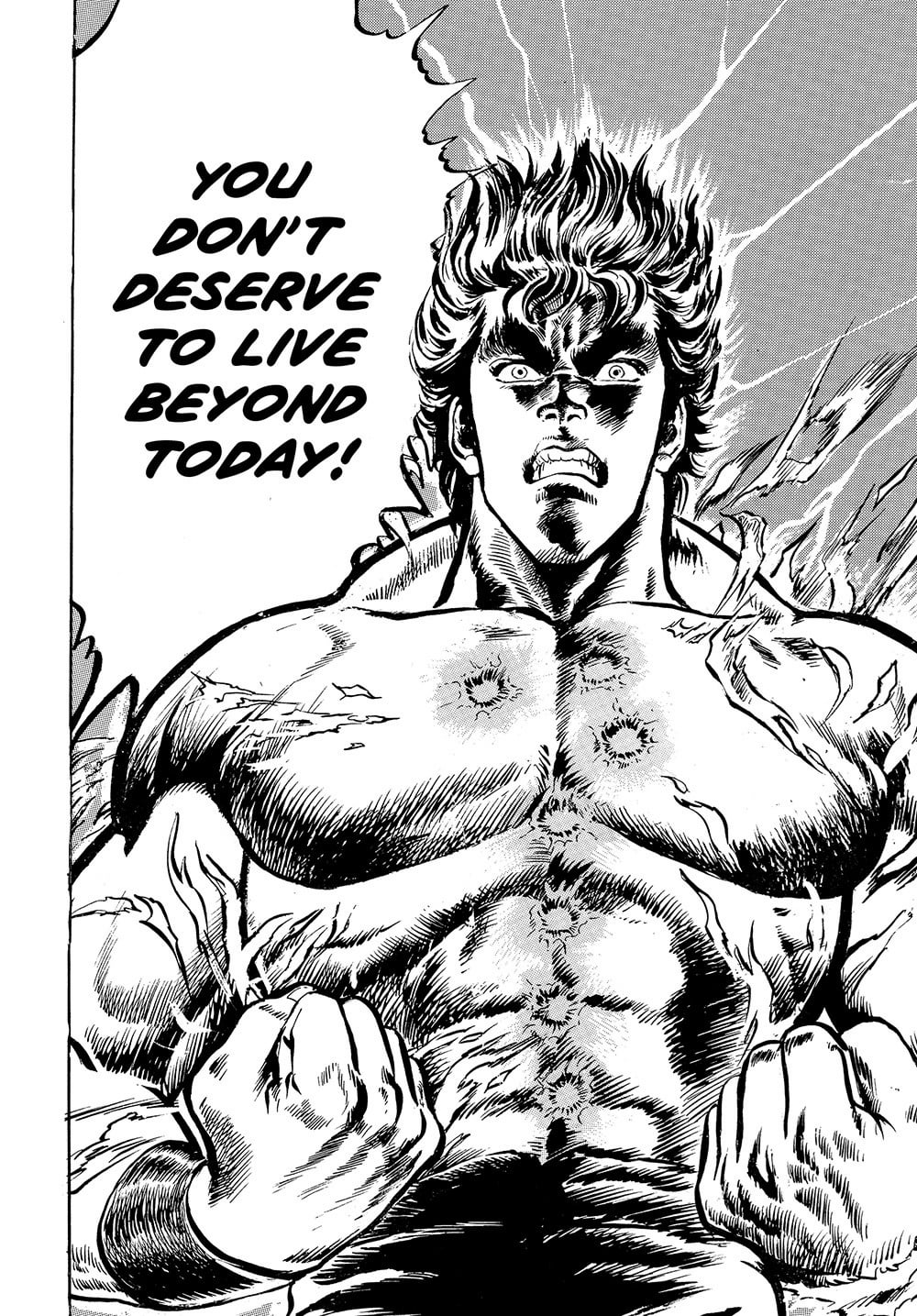 The only thing we know about Ken initially is that he helps out whoever is in need, no matter the circumstances. Other than that, he’s showcased primarily as a stoic character with very little to say. Most of his personality is seen when he’s in combat in an admittedly jarring way. Contrary to the usual pseudo-inspirational dialogue we see most protagonists both weak and strong use, we see Kenshiro humiliate and insult his opponents primarily based on their visual appearance, with zero to no emotion behind the insults to prove just how little he thinks of them and to show the difference in strength between them.

However, as the manga continues, it starts to form an overarching plot when a new character named Shin is introduced, serving as the first arc’s main villain. Without spoiling too much, the manga reveals who Shin is and why he’s the perfect first villain in Ken’s story as he not only uses an opposite martial art technique but he’s also linked to Ken’s past. However, after successfully raising the stakes in the last few chapters in the arc, the manga resumes its regular formula of presenting one muscle-bound hurdle after the other for Kenshiro to effortlessly plow through. As a result, the plot began to feel a bit dull as it’s about the same formula you’ll see in many other manga series. However, it’s only fair to point out that as a pioneer of the genre, it makes sense that the plot (at least, in the first volume) isn’t as deep as its successors as it has already segmented itself among the best of its time. 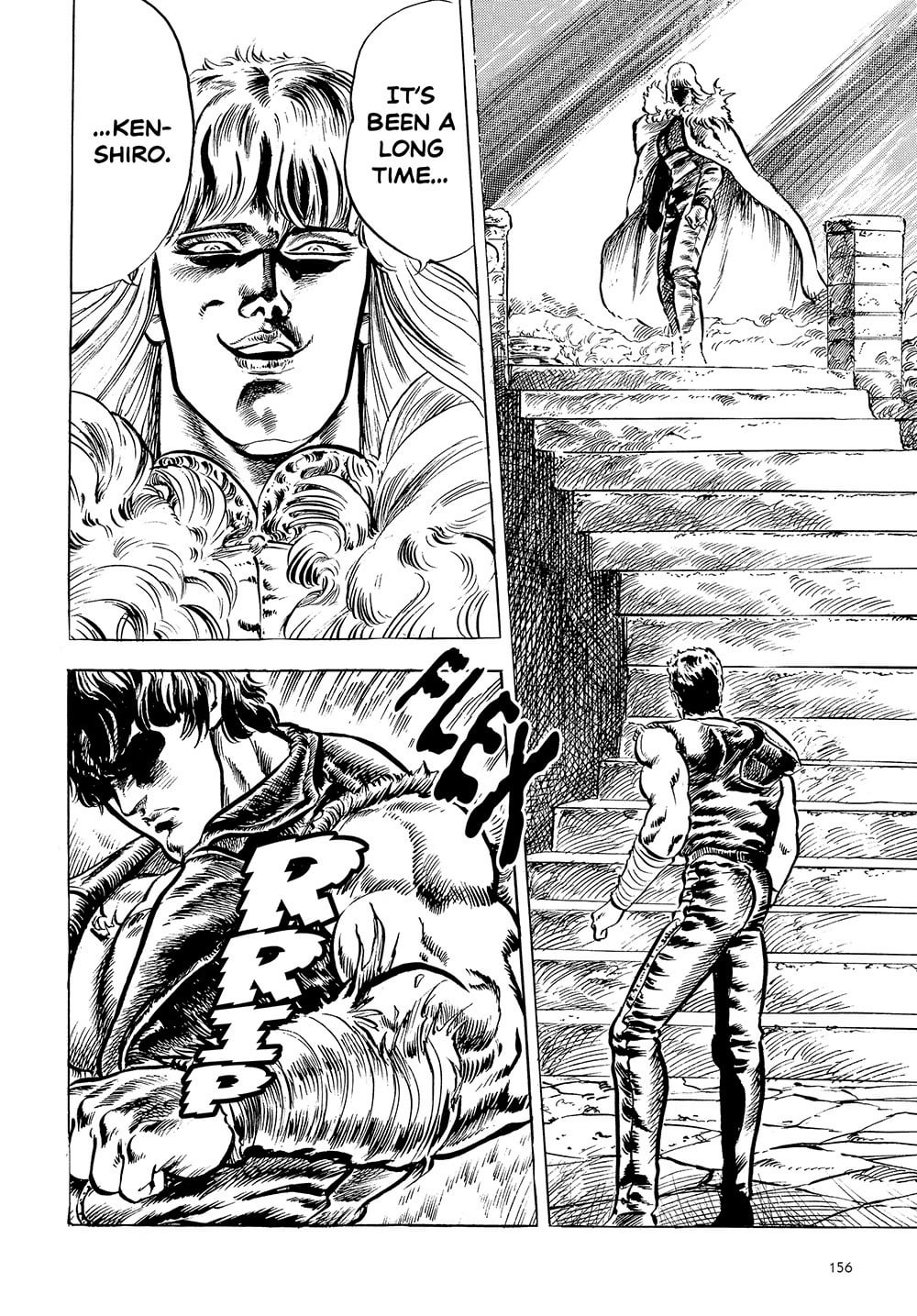 In terms of the overall world-building, the manga does a surprisingly good job of immersing the reader in its world as it quickly sets up the world without the usual unnecessary exposition. While it’s not explained what caused the apocalypse prior to the series, we see the state of the world as it is now. Food and water are so scarce that thugs, bandits, and gangs form large groups to steal and pillage from the weak not just to secure their own survival but also for the fun of it. As a result, we constantly see the aimless brutality done by these groups in the manga as the innocent are used as slaves or mere target practice.

All this provides a good reason why Kenshiro, a warrior who only fights for the sake of others, is so needed in this sick, mad world. There are also some neat aspects about the world sprinkled in that I noticed, such as the numerous and obvious astronomy references and the quirky use of cards to name several villains in a hierarchy. While not much, I did appreciate these references as they give the manga a little more depth and nuance.

The manga’s art is perhaps the element that impressed me the most. Tetsuo Hara is a master of his craft as his expertise is expertly showcased in Fist of the North Star’s deep and detailed line work and intricate backgrounds. I haven’t seen much manga in the post-apocalyptic genre, but his illustrations with an almost Mad Max aesthetic do justice to the genre, and his retro character designs invoke a lot of 70s-80s nostalgia in the reader.

Tetsuo’s depiction of raw gore and intense violence in the action panels is also worthy of applaud. These action scenes are a solid balance of intense, brutal action without delving into being overly gory or horrifying, featuring multiple gigantic meat heads fueled by pure testosterone similar to series like Baki and Kengan Ashura. However, it is worth noting that, unlike these series, the manga’s action panels aren’t as intricately illustrated, nor do they ever last as long.

All in all, Fist of the North Star is definitely all the success and praise its garnered over the years. While the story isn’t too eloquent, and the action panels are simple, the incredible art style, aesthetic, and intense action make it worth the read.

Fist of the North Star is available to purchase now from VIZ Media.

Have you seen Fist of the North Star? Whats your favorite old anime/manga? Let us know your thoughts in the comments section below.

Fist of the North Star

While the story isn't too eloquent, and the action panels are simple, the incredible art style, aesthetic, and intense action make it worth the read.

Fist of the North Star DEALS